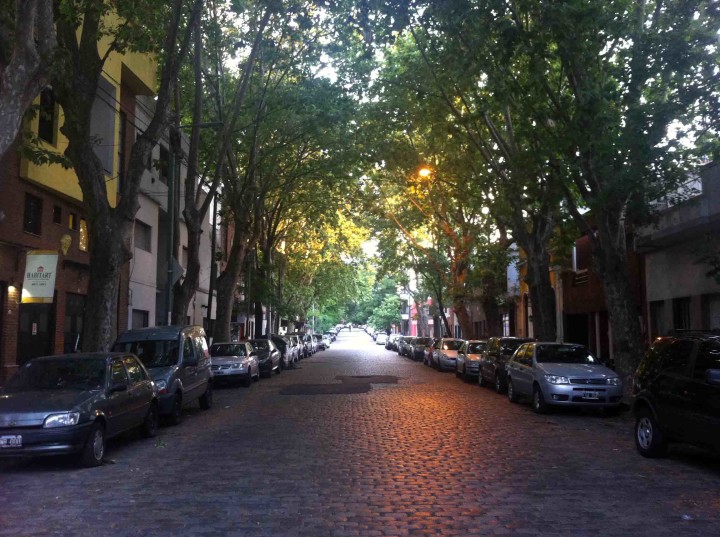 I’m supposed to be on a ferry to Uruguay but that never happened despite a most manic muster about this morning. As a result, we’ll talk about my trip to Palermo last night; fun place. The whole area has a real vibe to it which is contagious and the kind of infection you want in your life, I do believe. It’s tones of small boutique like shops as well as independently run restaurants, cafes and bistros… From everyone I’ve talked to so far they all say that Palermo is where it’s at. 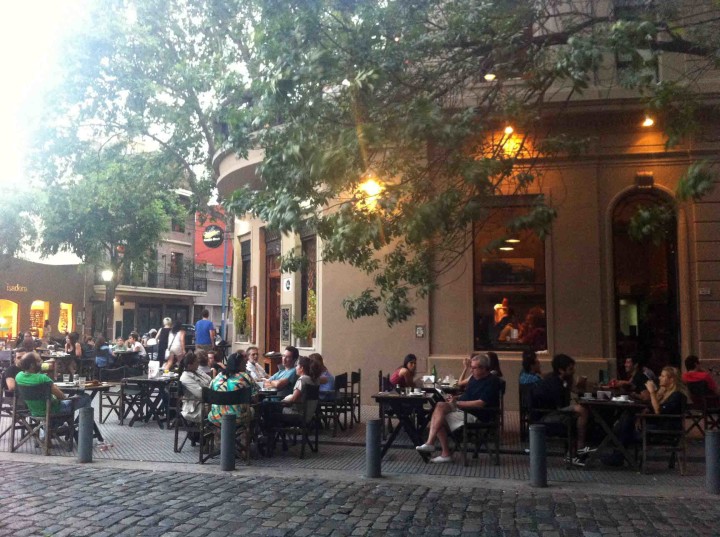 Years ago, Palermo was way on the outskirts from what I’ve heard and mainly inhabited by random grandmas and grandpas who have been around for ever. Slowly but surely, cool shops started popping out, then another here, another there and now the area is well, what it is. I met up with a new friend I met on the plane and we walked down side streets and lanes looking at shops and figuring out what we were going to do before dinner. 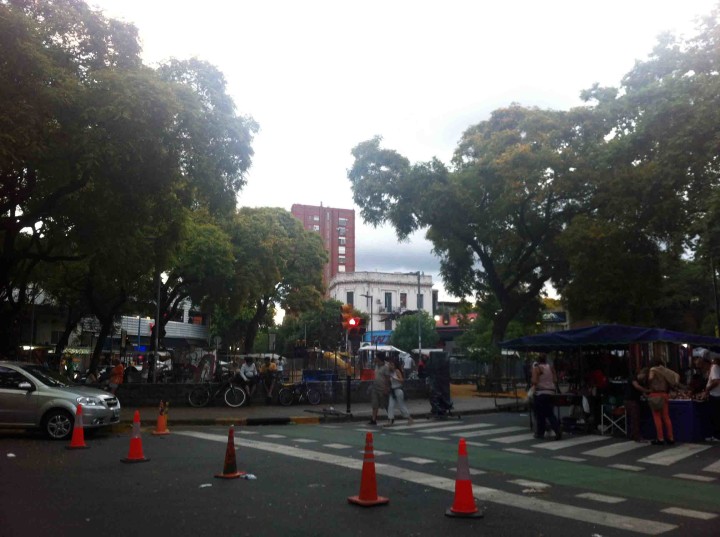 One lane lead to another until we were in this square of sorts and asked for a seat. At that moment someone left from what is arguably the top spot and it was time for a drink. Get this, the price of two glasses of wine is roughly the price of a bottle… For 80 pesos we had a delicious bottle of white wine, that’s about $15, unreal. Magicians came by and random gents playing some really cool music which was like a cross between rock, funk and house music. This went on for a while and a stream of interesting characters passing by didn’t seem to stop. 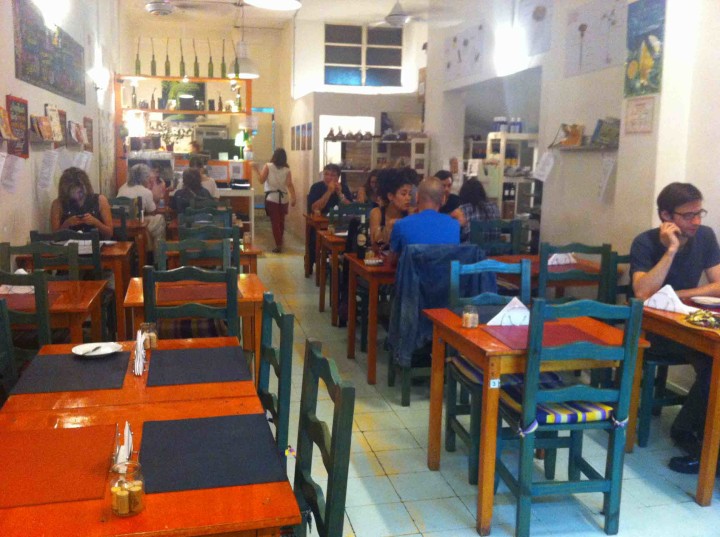 Later we hit up another patio before heading to Buenos Aires Verde for dinner. My friend told me this was some of the best organic vegetarian food you could get and I was intrigued. I like a good steak, love lots of lobster  but I also love delicious food that actually gives you numerous benefits down to the molecular level beyond taste. Lots of organic veg is grown in Argentina but supposedly roughly 90% goes for export, go figure? 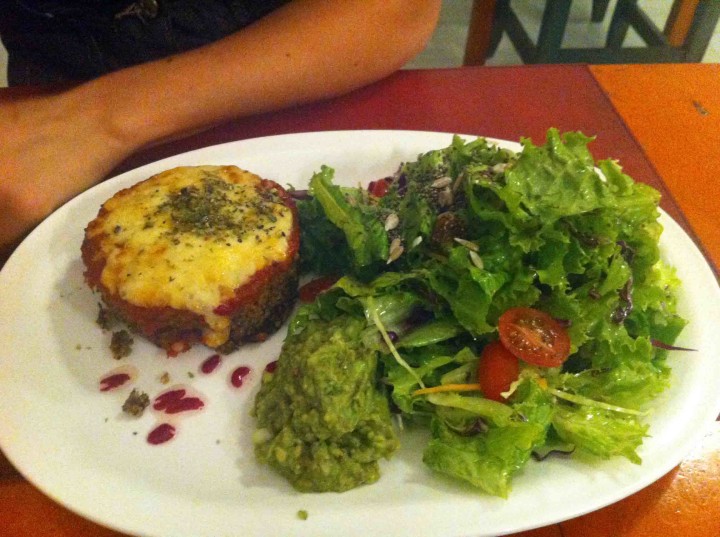 I had the vegetable curry and my friend ordered the grain burger. Honestly, it was one of the best meals I’ve had in recent memory and I’d like to return to try something else or get exactly the same thing… Not only did it fill the gap but later and the next day still felt good which is quite the change from some of the other random foods I’ve been ingesting of late. On the road it’s easy to find cheap eats on the street which often leave you temporarily satisfied and sluggish afterwards. 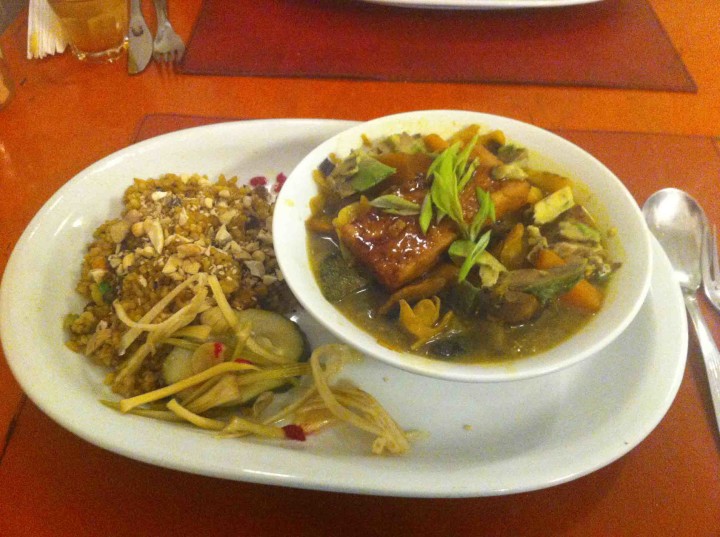 Palermo is a cool area, definitely worth checking out when in the city and highly recommend Buenos Aires Verde.

P.S: Random protests happen occasionally, this one sprung up on the way to the subway… 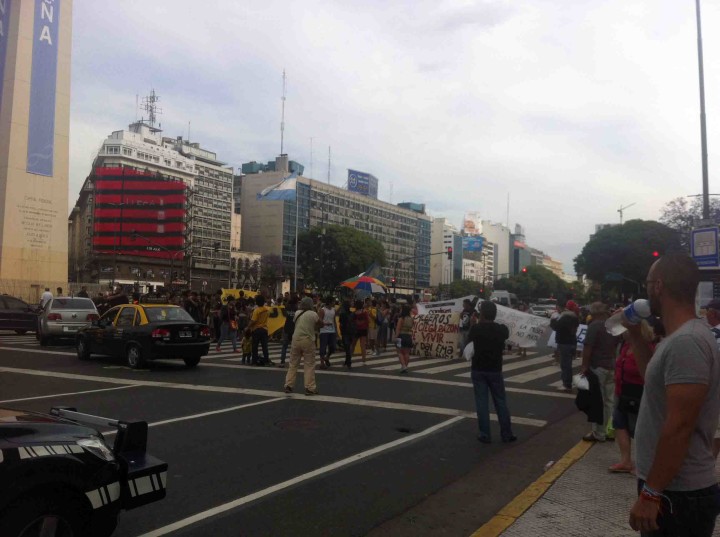