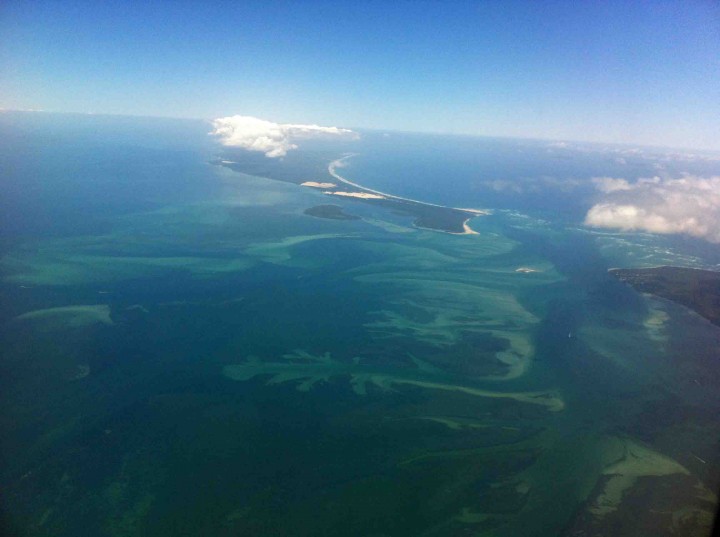 I’m writing this from a hotel in downtown Brisbane as I missed my flight to Hamilton Island. End of the day, who knows what’s good or bad? The flight finally left an hour or so after I made my last post bout the multinational sleepover in LAX. Despite the delay, really liked Qantas and how they had these baskets of sorts under the seats to cradle your feet. Also, since the flight was so delayed I ended up passing out at an hour that put me on Australian time, not bad… 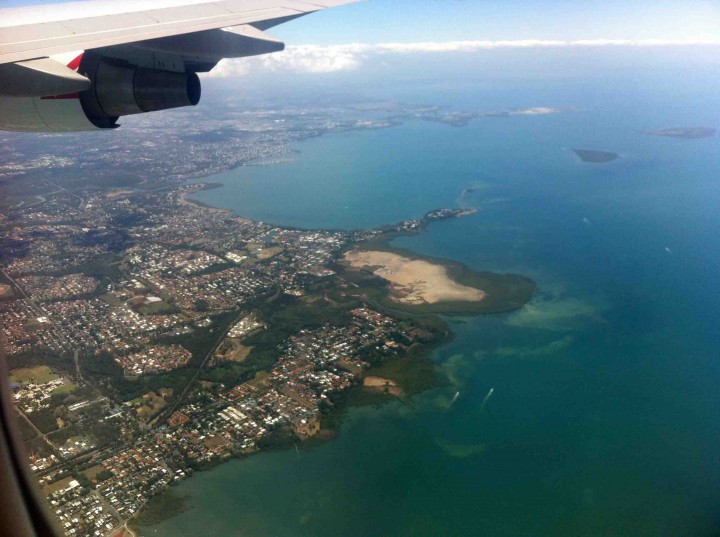 Upon arriving in Australia I’m glad I didn’t spend too much time in quarantine as their border security is a serious service not to be messed with. I checked that I had been in South America and I didn’t have proof of yellow fever vaccination. I don’t believe it’s a necessity but it definitely came up once or twice, also were curious if I had spent anytime on a farm which obviously was a no. 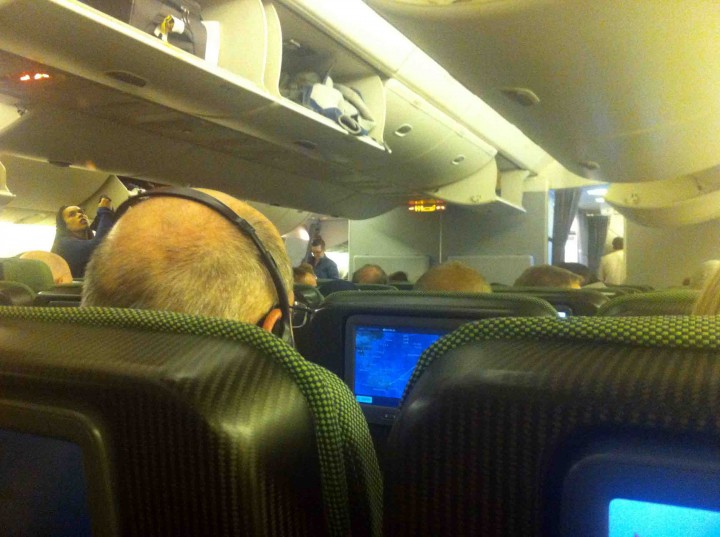 Right after I arrived I met a new friend from Queensland Tourism and we started getting to know each other. Turns out she was off to play golf with some family members at The Brisbane Golf Club and extended the invitation to round off their foursome. Jet lag or not, there is no way I’m turning up a chance to play a new golf course, let alone one I’ll probably never get another opportunity to experience… 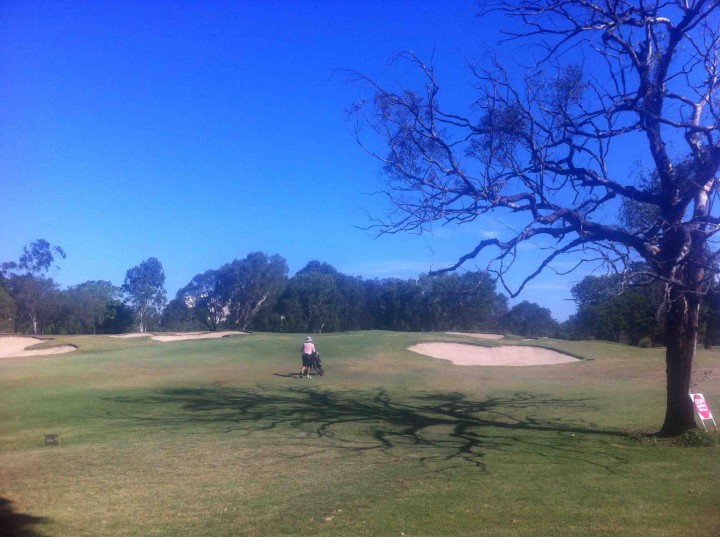 The Brisbane Golf Club was founded in the late 1890’s and is situated about 7km or so from the heart of Brisbane. For the most part it had rather open fairways lined with troublesome trees and lots of water hazards, more than I would have thought and even lost an errant three-wood into one such said traps. The greens were incredibly fast and rolled true which was nice, sorta felt like playing on a pool table and made the mistake of going for the flag on the second only to find my ball in the bunker at the back of the green. 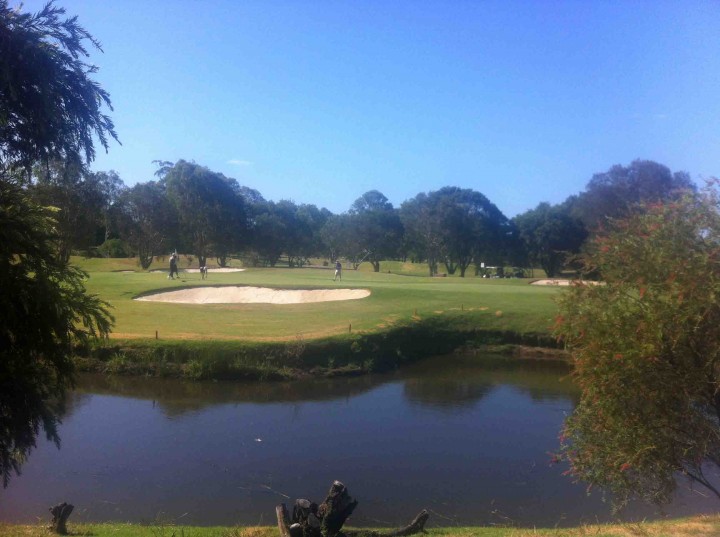 Afterwards I got my SIM card sorted and now I’m on Optus. I was in the 7/11 overwhelmed by the selections when I asked this acne covered teen with a rat tail and he was all about Optus. They have this $2 a day deal where you get basically unlimited everything and 500mb of data; not bad. Afterwards met with a new friend from Queensland Tourism and had some sushi while discussing how this week is going to transpire. 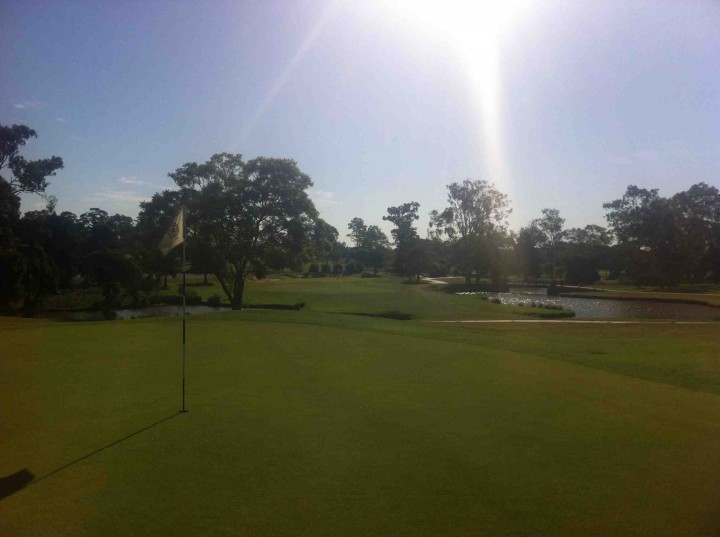 Tomorrow morning at 8:15 a car is picking me up and taking me to the airport where I’ll catch a flight to Hamilton Island. I’m beyond excited to be going there as I’ve heard nothing but great things about the place. I’m also excited to be on an island where my main transportation will be a golf cart and I’ll have access to the Great Barrier Reef; which I believe is one of those “you should visit” spots in the world if your goal is to see the world, yes? 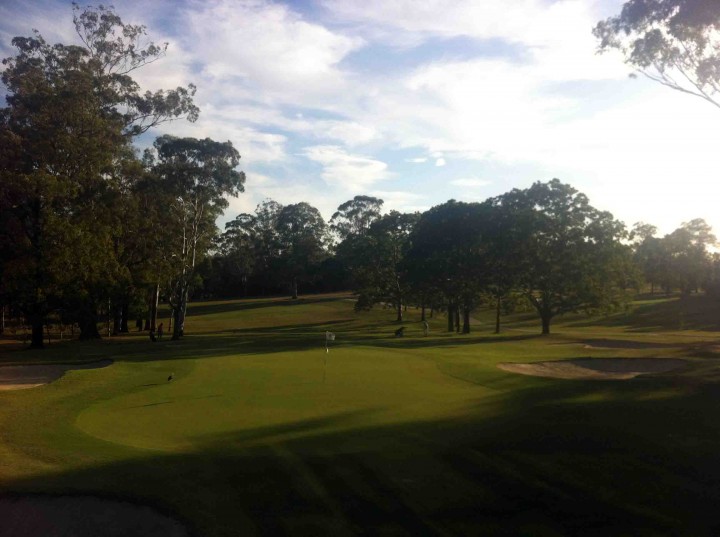 I could go on but getting some sleep at this point is most important priority. I’m quite looking forward to experiencing as much as possible over the next two weeks and of course sharing it all here. In closing, I’d like to thank Tourism and Events Queensland for their hospitality; it’s very much appreciated. 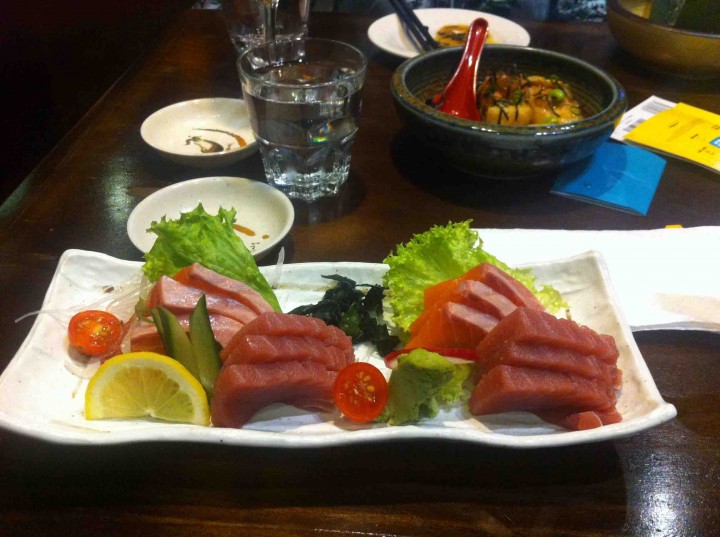