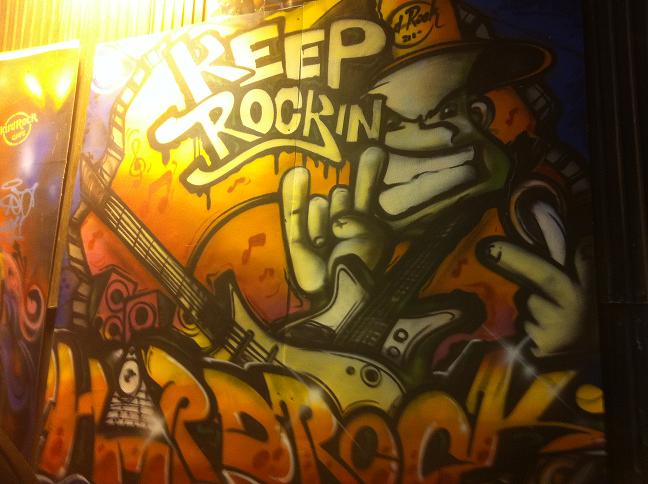 Today was cool in a Hard Rock Cafe in Bangkok along with a haircut type way. Met up with a German lady I had met in Koh Tao in 2009 and had lunch. Did what guys like me do which is screw around online and eat egregious quantities of food. Apart from that met up with two lovely Lithuanian ladies from London. (I am not making that up and you know how I love alliterations). Suffice to say the ladies from Lithuania that I met at Songkran wanted some food and beverages, Hard Rock seemed logical. 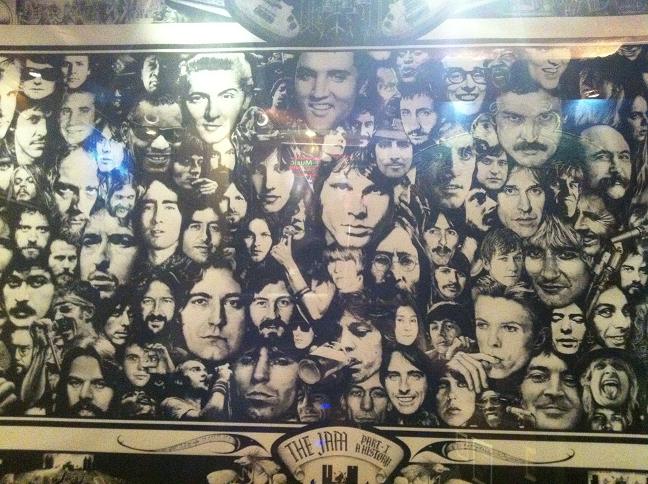 It’s under construction but the main area is finished. Hard Rock Cafe is cool as it’s the same basically anywhere you go. Also, not a huge fan of live music here but the band they had playing was pretty sweet. A few songs left me scratching my head, ok not scratching but like ehhhhhh. I will tell you this, when it comes to making GLOBAL HITS… The Black Eyed Peas, U2 and Lady Gaga run game. I’ve heard their music everywhere in this world. If I hear “Tonight is going to be a good night” one more time, not sure what will transpire. 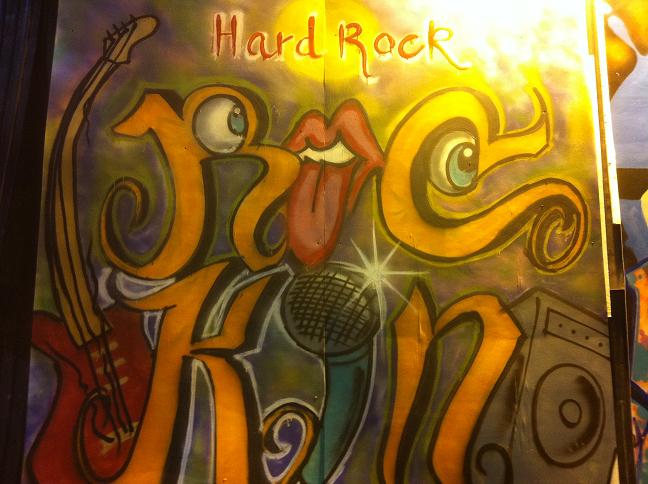 I’ve been eating so much Namtok Moo lately that I’m starting to moo like a cow. Note moo in Thai means pork. I am starting to feel like a porker though. I’m talking ordering a few portions at a time and randomly eating cold spoonfuls from the fridge. This can’t be good for the old “cholesterol count”. I’m in denial, I’ve never been tested so I assume everything is cool. That makes me think, maybe I should!? Moving on… 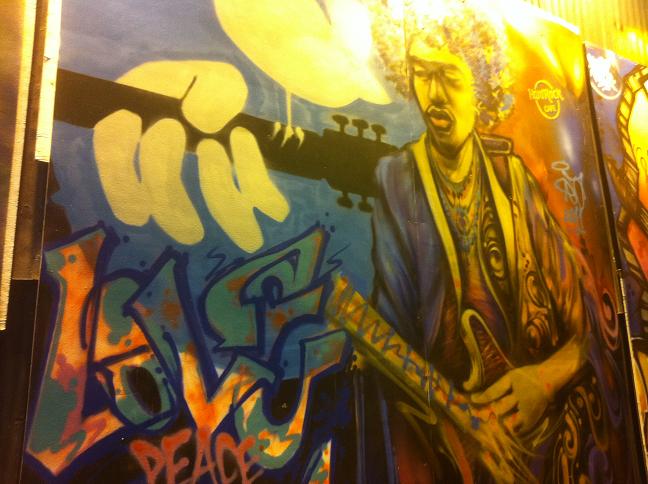 Ever walk around a city center with hair my first photo? Then randomly say to yourself “I am getting a hair cut, immediately”. It happened promptly as if a sudden epiphany. Saw myself in a window and decided enough was enough. I was in Siam Discovery and rolled to nearest hair whatever place. I will note, done with Barbers where their breath smells like cobra whiskey and whatnot. Suffice to say, arrive and they charge ~$15 for a styling and ~$50-$70 for a haircut and style… I humbly replied that I’m not good looking enough to warrant such an egregiously priced hair cut, let alone in Bangkok no less. Went to this other place which was nice and more reasonable ~$13 a haircut with 2 washes!? They’re getting skimp in North America. You wash, cut, wash. Yes? 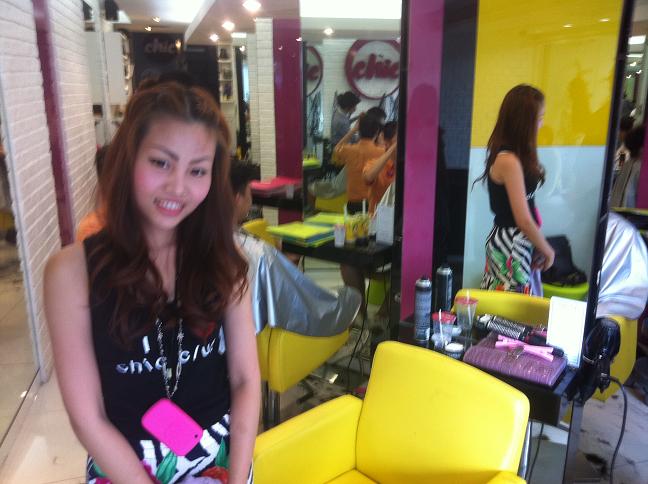 Seeing how I’m becoming obsessed with trying new dishes. I’m going on a Bangkok Food Tour tomorrow courtesy of the distinguished staff who run the sophisticated operation. It’s a 3 hour cultural and food sampling tour. I am VERY EXCITED as I want to know the names of more dishes. I love rolling into a place and ordering Namtok Moo like I know what I’m talking about. 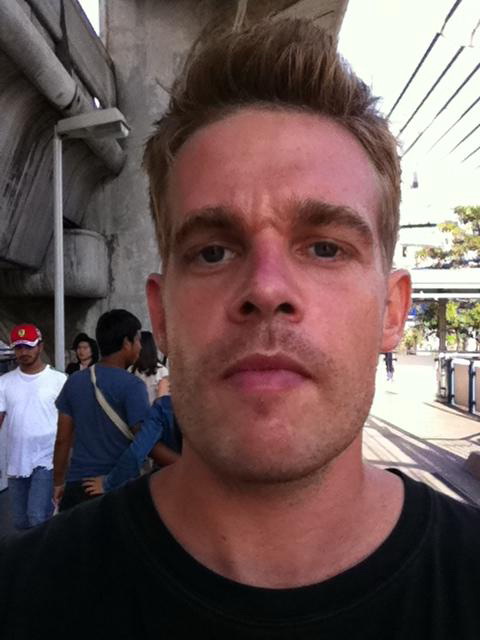 Also glad it’s tomorrow as its 1:25 now and I’m going to go to bed as it starts at 9:45. Thing is, if it was any other day of the week I’d be up later stalking the New York & Toronto Stock Exchange like a starving Eagle looking for a sardine before a satisfying siesta, of sorts. There are few things on this planet as satisfying as watching a stock that you’ve dumped cash into climb. 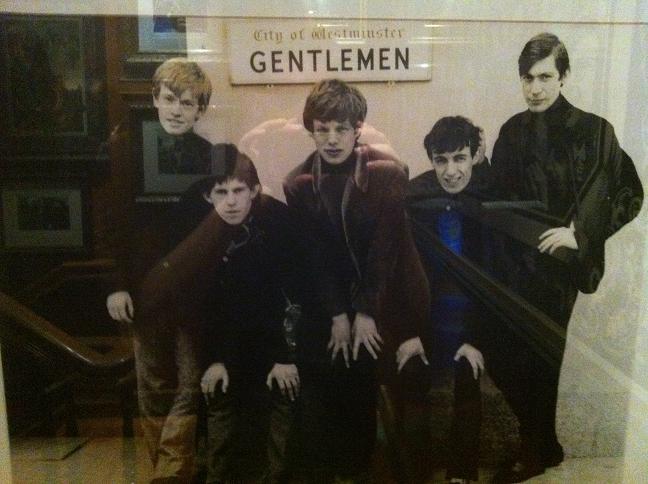 Finally, sometimes a haircut just makes you feel good. Glad to have ditched that mop which grew out of control while living in that treehouse in Tanzania. Sadly, one of the gents I worked with for 5 weeks and became very close friends with passed away on Zanzibar yesterday. The circumstances aren’t so nice so I won’t go into further detail. He was one of the happiest guys I knew and EVERYONE in town loved him. He was 36 and left behind a a wife and 4 kids. 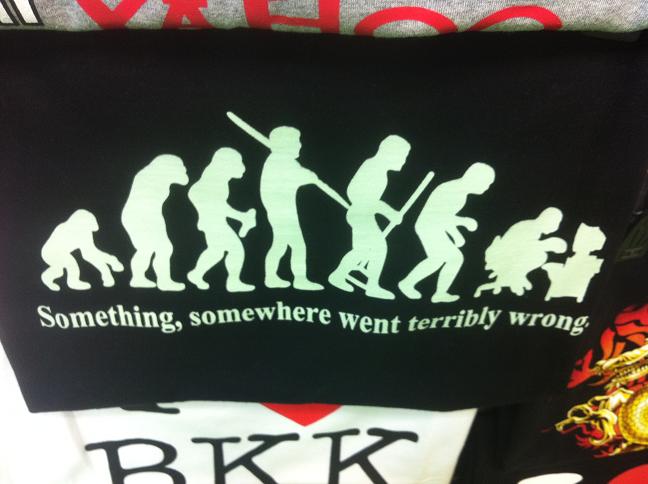 P.S: Is it weird that I’ve been having dreams lately where I’m back at my old job chilling out with my boss like nothing happened? I think it’s kinda weird. In every dream something comes up which reminds me why I quit.