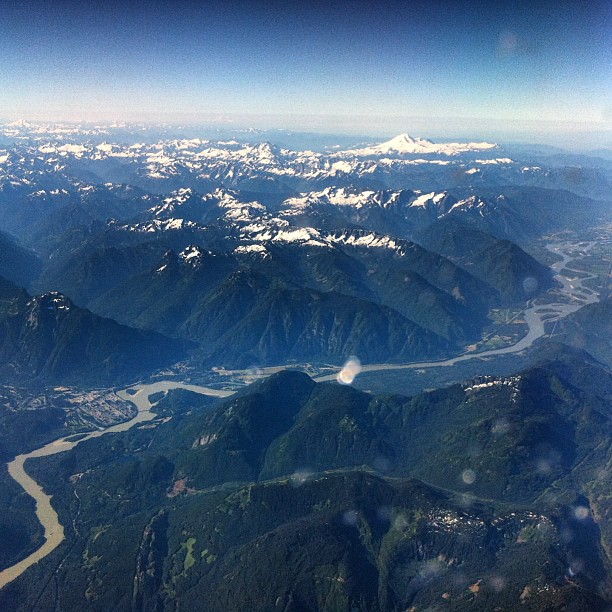 I’m writing this from my hotel room in Prince George, British Columbia. As many of you know, I was here last summer on a tour with Tourism BC. When the opportunity to revisit this year arose, I replied instantly with “absolutely”. I had a great time last year and excited to return once again. I ended up taking a most random way to get here which involved several hours to hang out with friends in Vancouver, indeed. 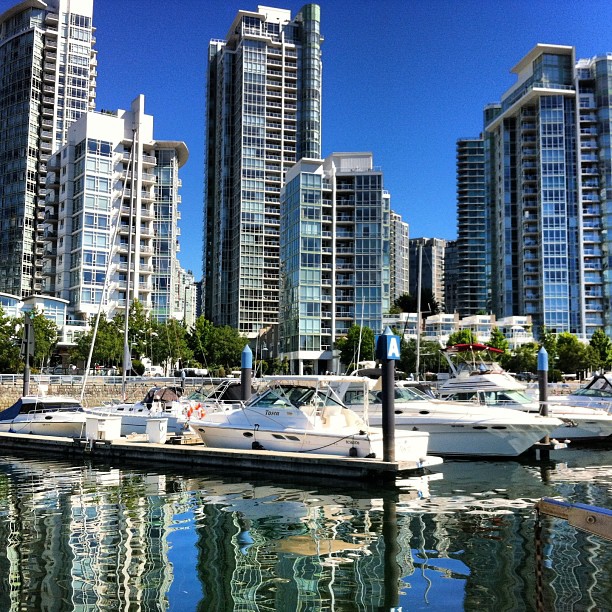 Have you ever gotten to the airport hours before your flight? For some reason I had in my mind that I had a 6:40am flight. In reality, I had a 9am flight. That’s not the coolest feeling when you’re printing your boarding pass at 5:35am, is it? I had succumbed to my fate and was sitting patiently when I realized that the lady working at the desk was an old high school friend? Huh? 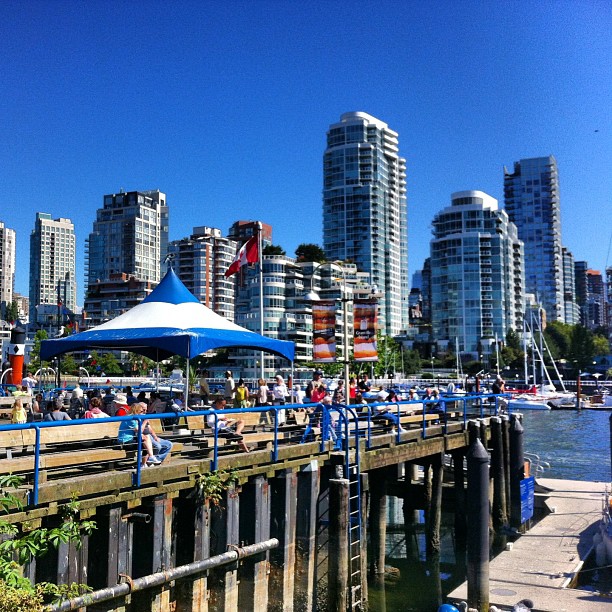 Not long after we were chatting and I found out that there was a direct flight leaving for Vancouver in the next 30 minutes, this is when you’re glad you have carry on. One thing lead to another and I was on the flight high in the sky and on my way to Vancouver. I sorta slept like a baby for most of the ride, got some work done and before I knew it was landing in Vancouver at 9:15am local time. 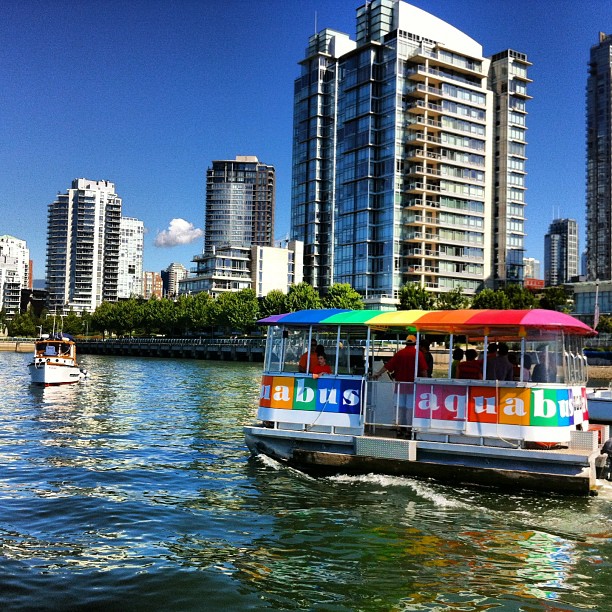 I sent a message to a friend and before long I was on the skytrain which is a deal at $7.50 and less than 30 minutes to the core of the city. From there we did what friends do and that is walk along the seawall snapping photos before taking a technicolor aqua bus to Granville Island. Once there, we hit up the Granville Market and I must say it’s got a lot of great produce to choose from but also really pricey. When there, I do recommend you hit Lee’s donuts as they’re great and this is coming from a guy who doesn’t care for donuts. 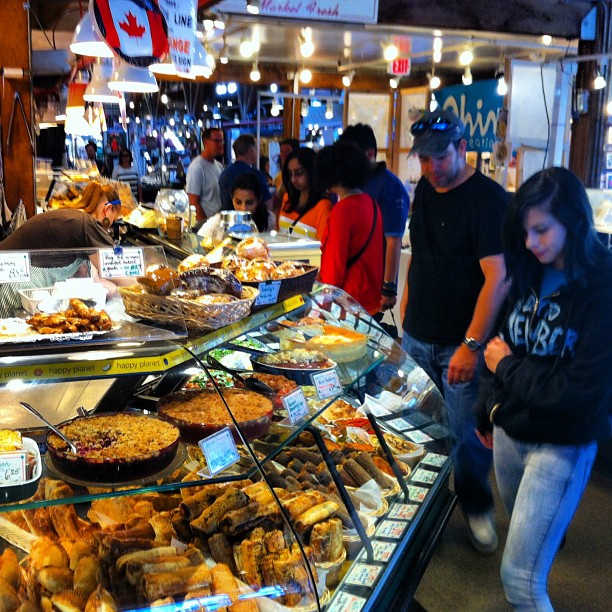 Not long after it was back downtown and wandering around for some sushi. The sushi in all of British Columbia in general is good, Vancouver is often great. That said, not many sushi spots open at say noon on a Sunday. Finally strolled in to Yamato and got served some of the largest chunks of tuna sashimi I’ve ever seen. I’ve eaten there before and it’s good so we’ll just leave it at that. 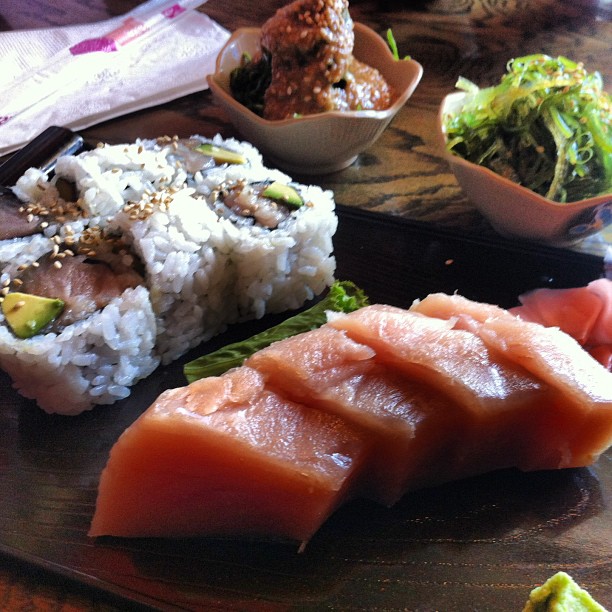 Afterward it was time to reconnect with a friend I met at TBEX this year and grab a pint. Following such said pint it was the long way back to the airport. We drove past Kits & Jericho beach before pulling over and walking around at the Spanish Banks. It’s a great place and if you’re just visiting the city, you may not get to see it. I recommend you suss it out; it’s a cool spot that offers great views of the city. Would have been nice to lay there for a while. 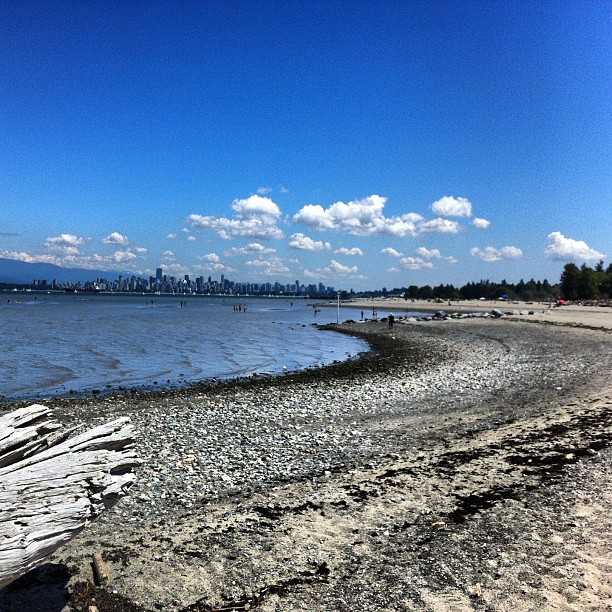 More time would have been great but the time I had wasn’t even really mine and I got lucky to have what I did. Vancouver really is a “paradise city” in the summer if you ask me. There is so much beauty and life that it’s almost unfair one place gets it all. It was one of those days where everything was ace so I’m not under the illusion that life is like that there… It was a Sunday morning with the sun shining where people were out and about and you’re left smiling. I love it when that happens, especially on a whim. 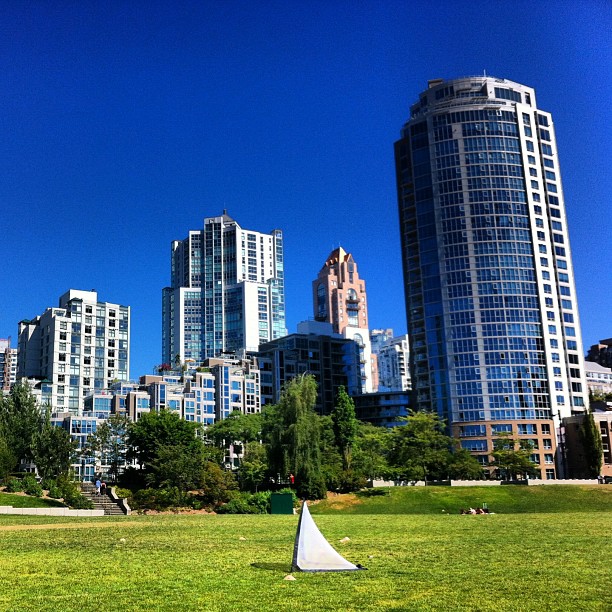 In closing, I’d like to thank Tourism Prince George for making this trip possible.

8 thoughts on “Spontaneous Day in Vancouver en Route to Prince George, BC”