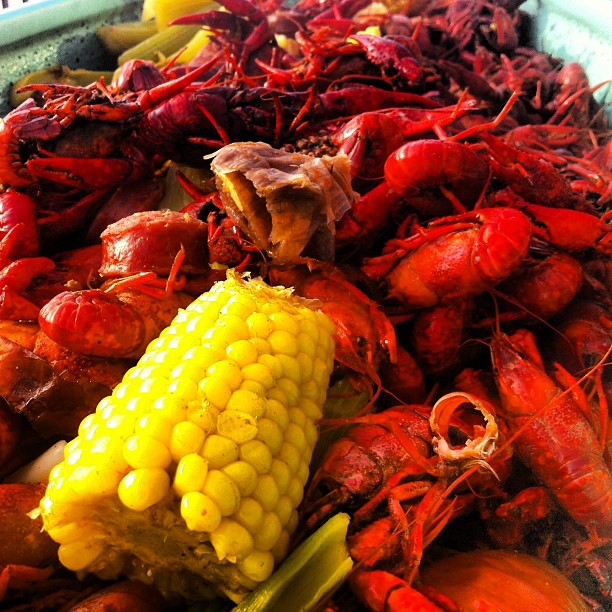 This photo is from a huge crawfish boil that went down on South Padre Island in the Gulf of Mexico last night. This session was quite serious but supposedly child’s play for the chef who drove down with fresh crawfish from Houston just for the occasion. Crawfish or crayfish depending on how you wanna call it are basically like mini lobsters you devour at the same speed as shrimp.

The fearless chef had these 30-35lbs bags and dumped them in large vats of boiling water that was well seasoned with secret southern spices. Afterwards with reckless abandon in goes things like potato, sausage, celery, corn, half onions and chunks of garlic. Something along the lines of 120lbs+ got prepared and only roughly 5lbs were left by a gregarious group with big smiles and appetites.

I definitely eat “my fair share” and the venue was spectacular for such a spectacle.

Last time I was doing this type of thing was at a “Traditional Swedish Crayfish Party”.

Both good times and as the Thai would say “same same but different”.