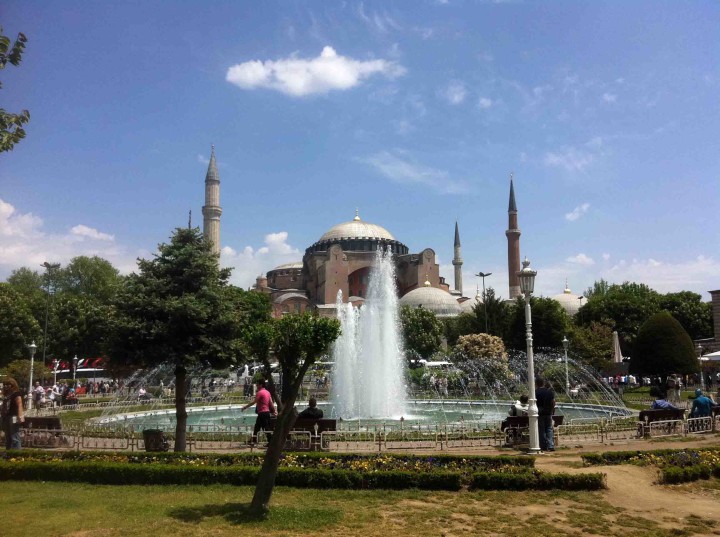 Being a unique cultural crossroads where Europe meets the Middle East, Turkey has captured the imaginations of many people in the travel industry. With a flavouring of Islamic tradition, ancient ruins from the times of the Romans and Greeks, and heart stopping beaches and mountains, there are many sights that command your attention in this wonderfully diverse nation.

What follows is a list of must-see attractions, which even if you only have a chance to see a couple of these, they will make your trip to Turkey a very fulfilling one indeed. Also, if you’re part of the spontaneous travel crowd, fear not as there are plenty of deals on last minute holidays to Turkey.

1) Grand Baazar, Istanbul – Famous as one of the largest and oldest indoor markets in the world, goods and services of all shapes and forms are on sale here, for the right price. Looking for an intricately painted and shaped glass lantern to take back home as an exquisite gift for your loved ones? You can do that here. Seeking an expertly hooked rug? They got those too. Just be ready to bargain long and hard, as these merchants are well-seasoned in this art, passed down through the generations from the elders to their younger protégés.

2) Hagia Sophia and Blue Mosque, Istanbul – Being at the centre of the Christian focused Byzantine Empire, and then later on, the Islamic guided Ottoman Turks, Istanbul is home to some seriously epic religious monuments. The Hagia Sophia, presently a museum, was a massive cathedral constructed for the Byzatine emperor, Justinan I in the fifth century AD. At one time the largest enclosed space in the civilized world, it served its original purpose for a millennia, before being converted to a mosque in the 1500’s by the Ottoman Turks, and then to a museum in 1935. Not far from the Hagia Sophia is the proudest symbol of the Islamic faith in Istanbul, the Blue Mosque (aka the Sultan Ahmed Mosque); while it is not actually blue on the exterior, it is tiled in that colour in its spectacular interior. It contains the tomb of its founder, Sultan Ahmed I, and is still actively used as a centre of worship to this day.

3) Fairy Chimneys, Cappadocia – With multiple pinnacles reaching up to the sky in a curious and stunning manner, the Fairy Chimneys are an excellent place to take your first hot air balloon ride. Seen from above, you will gain a much better appreciation for the scale of these anomalous, cave-filled spires, which have been used for time immemorial by many civilizations, such as the Hittites and Christians fleeing the rule of the Ottoman Turks.

4) The Hot Springs of Pamukkale – With intense concentrations of minerals in the hot springs that well up in the Pamukkale area, they have created unique terraces that have gained the deserved protection of UNESCO World Heritage status. While many of the pools have been declared off-limits to stop the years of damage that had occurred from overuse, a few pools remain for use by the general public, allowing you to soak your aches and pains away in an otherworldly landscape.

5) Patara Beach – Turkey possesses many stunning beaches along its lengthy Mediterranean coast, but none is perhaps as stunning as Patara Beach. Backed by towering mountains and a stunningly clear lagoon, there is no better place to drink in the beauty of Turkey’s gorgeous coastal vistas than at this full-service beach resort.

Turkey is a vast nation, with many points of interest for the inquisitive traveler. With this list of heavy-hitters to get your trip planning jump-started, we feel that your adventure to Turkey this year will be one that you will recall for years to come.