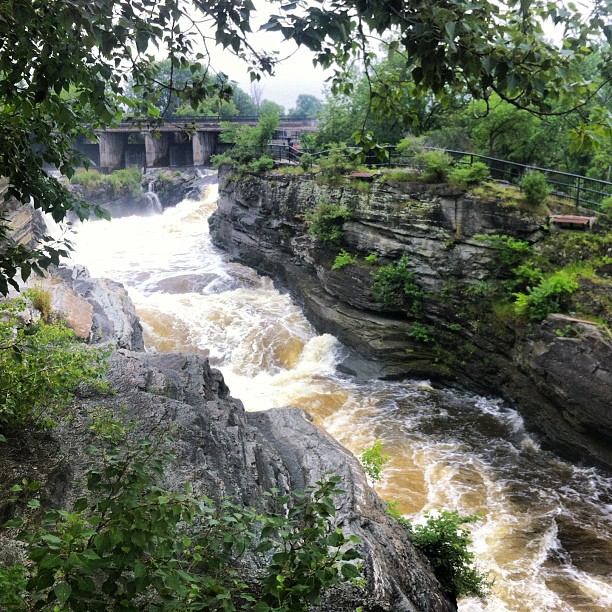 Where to start, where to start? I should be out in British Columbia right now for a few weeks before flying to London and starting Euro Trip “Part III” but I’m in Ottawa, Canada. You see, I’m rapidly approaching my 4 years on the road anniversary(whatever that means) and I’ve been reflecting on what I want out of life. Focusing on things like where I want to be when the music stops on this game of musical chairs called perpetual travel. Oh yeah, besides that I’m pretty tired from the last few years, more than I thought.

Before we really get into this, I’ve mentioned many times that summer in Ottawa is a great place to pass time and the best time of the year to visit. It’s in the heart of “cottage country”, it has more lakes and rivers around it than you can count and some of the highest number of golf courses per capita in North America – what’s not too like? Couple that with family and a solid friends network and it seems like a win, yes? I usually spend most of my time far away, now I’m home for the prime time of the year; it just makes sense to hang out until this party starts to fade before looking for another.

Beyond the whole travel game which I’m definitely not done with, I’ve also got other plans for my life. I’ve spent the better chunk of the last 4 years hanging out in random locales while chatting with even more random locals, sampling random foods and some of the best nightlife I could have ever imagined. It’s been a priceless experience and solid insurance against a mid-life crisis but I’m getting older and my style is changing. If you’re approaching your late 20’s and thinking of doing something like this, now is the time…

The goal I had in my mind before I ever left was seeing the world with hopes of finding “bases” and that’s what I’m doing here on in with my independent travel. I would like to see most of the world and based on what I’ve done so far with my life, looks like that will happen. That said, for now when I go somewhere on my own, there has to be method to my madness. What I’m getting at is all travel is great fun but I’m now at a point where I want to further my life abroad, not just my experiences around the world.

To conclude, I’ll also be doing some things in the area and straight up, it feels good to be home for part of the summer. It’s also great to reconnect with friends and get a bit of my vitality back. I’m going to fill the first two odd months of the summer working on some projects, fixing my fitness levels and doing freakish amounts of fishing with some golf. That said, I won’t be blogging too much about places I’ve already written about, that’s just boring…

My sights are on the Baltics, Balkans, Central America, India and of course, the Caribbean.

P.S: Photo taken on a jog this morning after leaving something very important at last night’s fishing spot.