After a short rest and far too much coughing, woke up in Skopje, the capital of Macedonia and began to get my day going. Not more than a few minutes later and I ran into a lady going to Kosovo, decided to join her. As fate would have it, she forgot her wallet and we spent the day wandering around the city of Skopje. This was yesterday, today was spent working on a RSI… 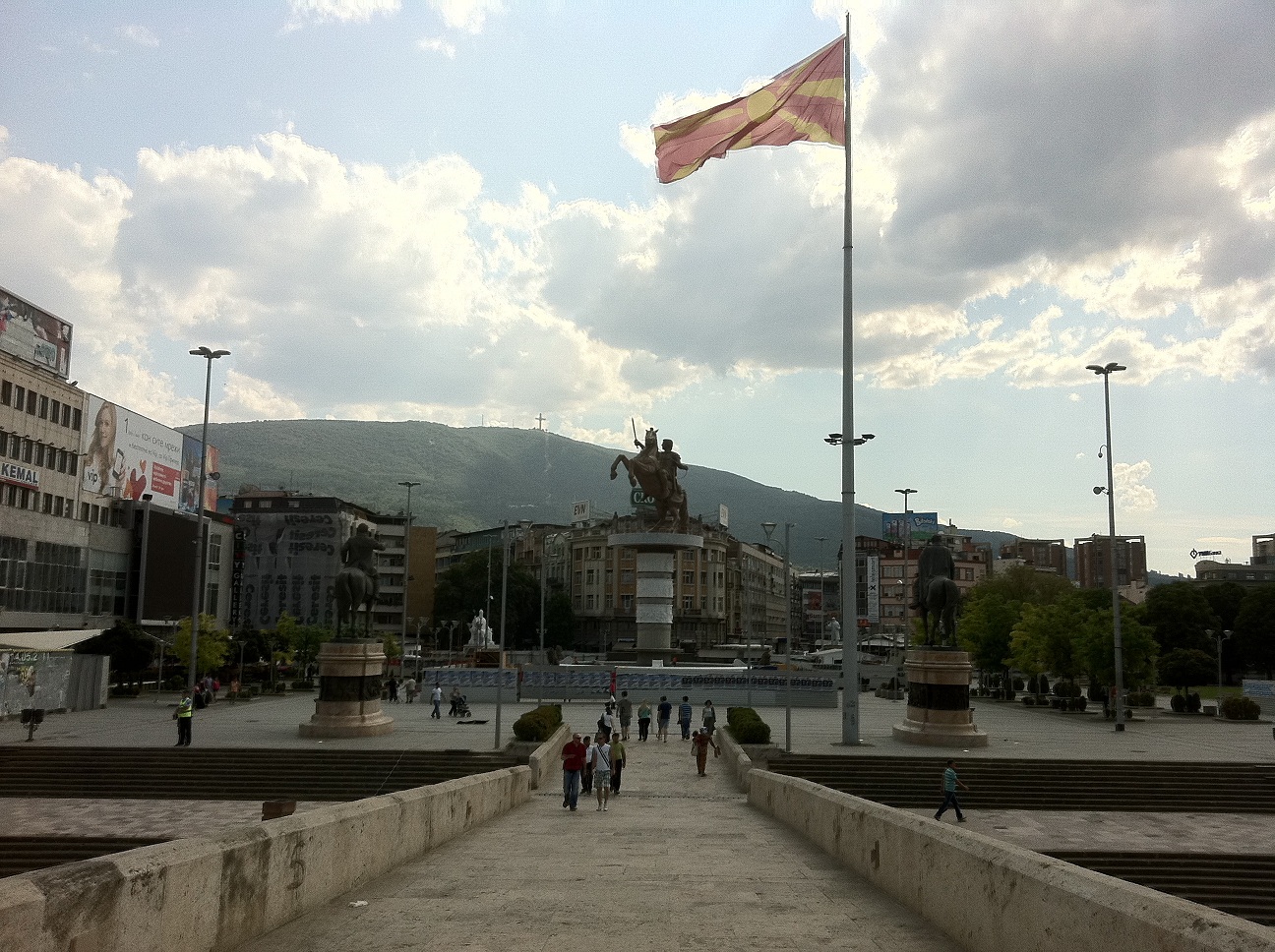 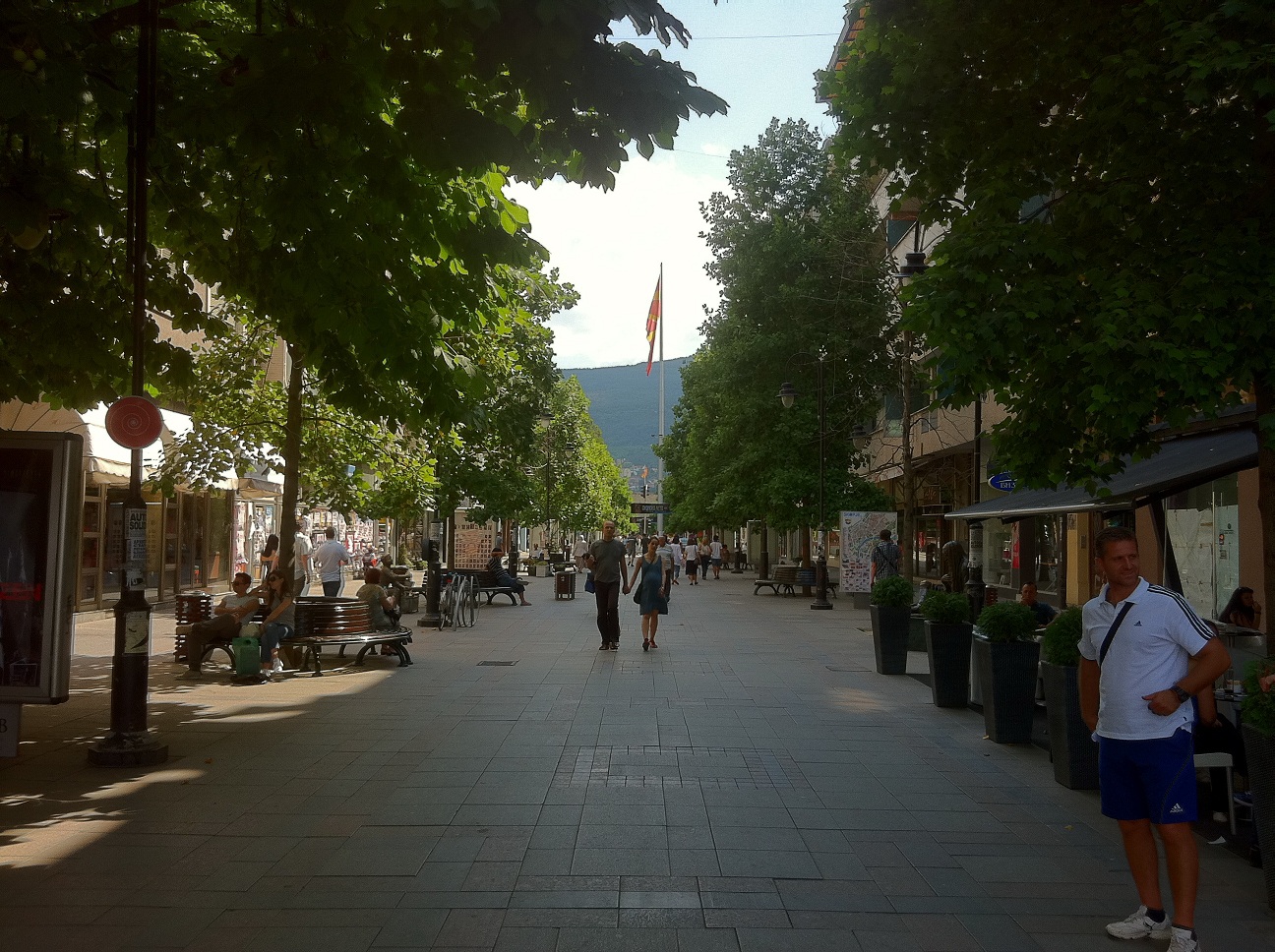 For starters, this place has an incredible history and people have been living in this area since 4000BC, that’s ancient incase you you’re mathematically impaired. If you want a full history on Skopje, be sure to click here. 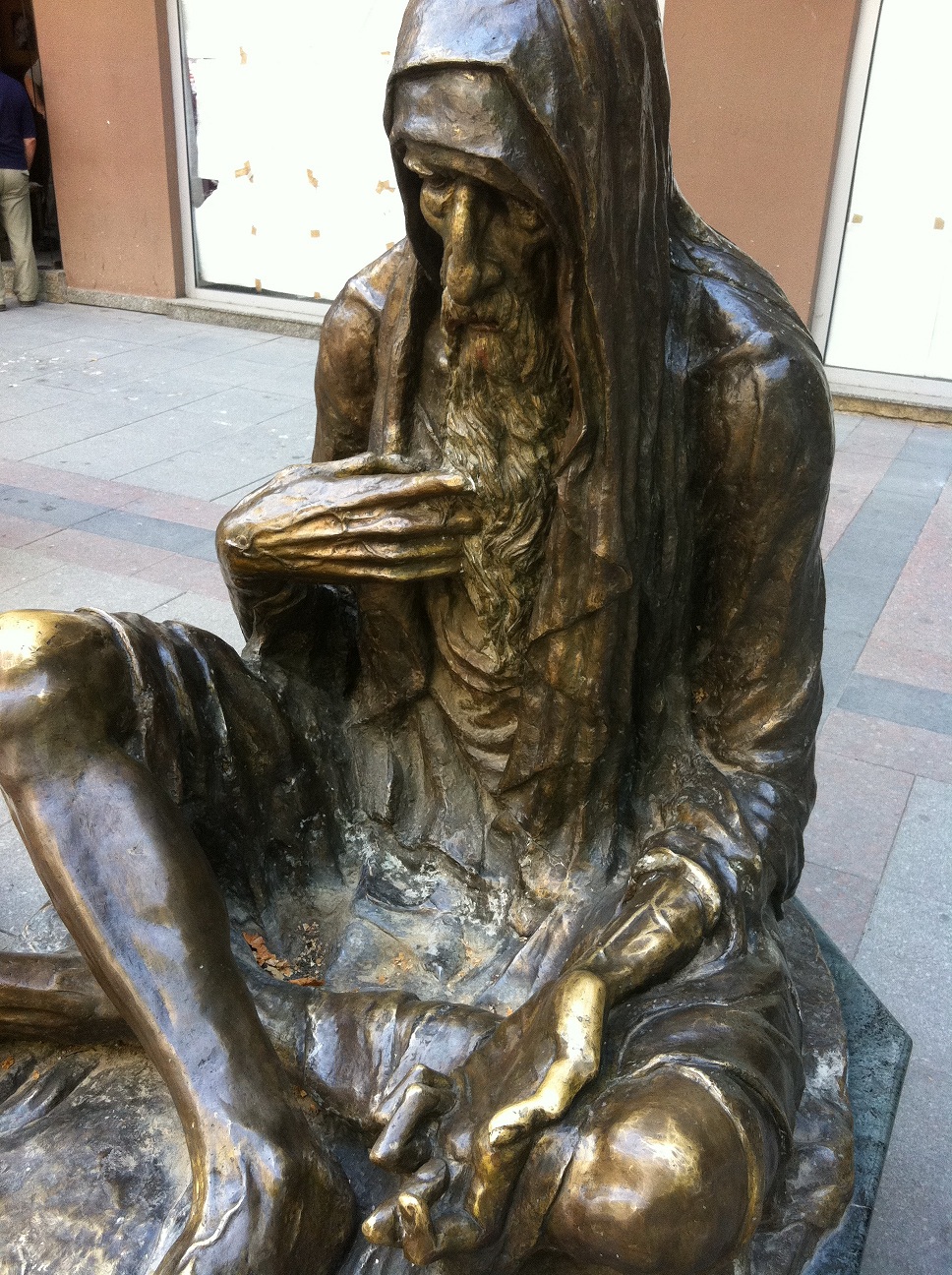 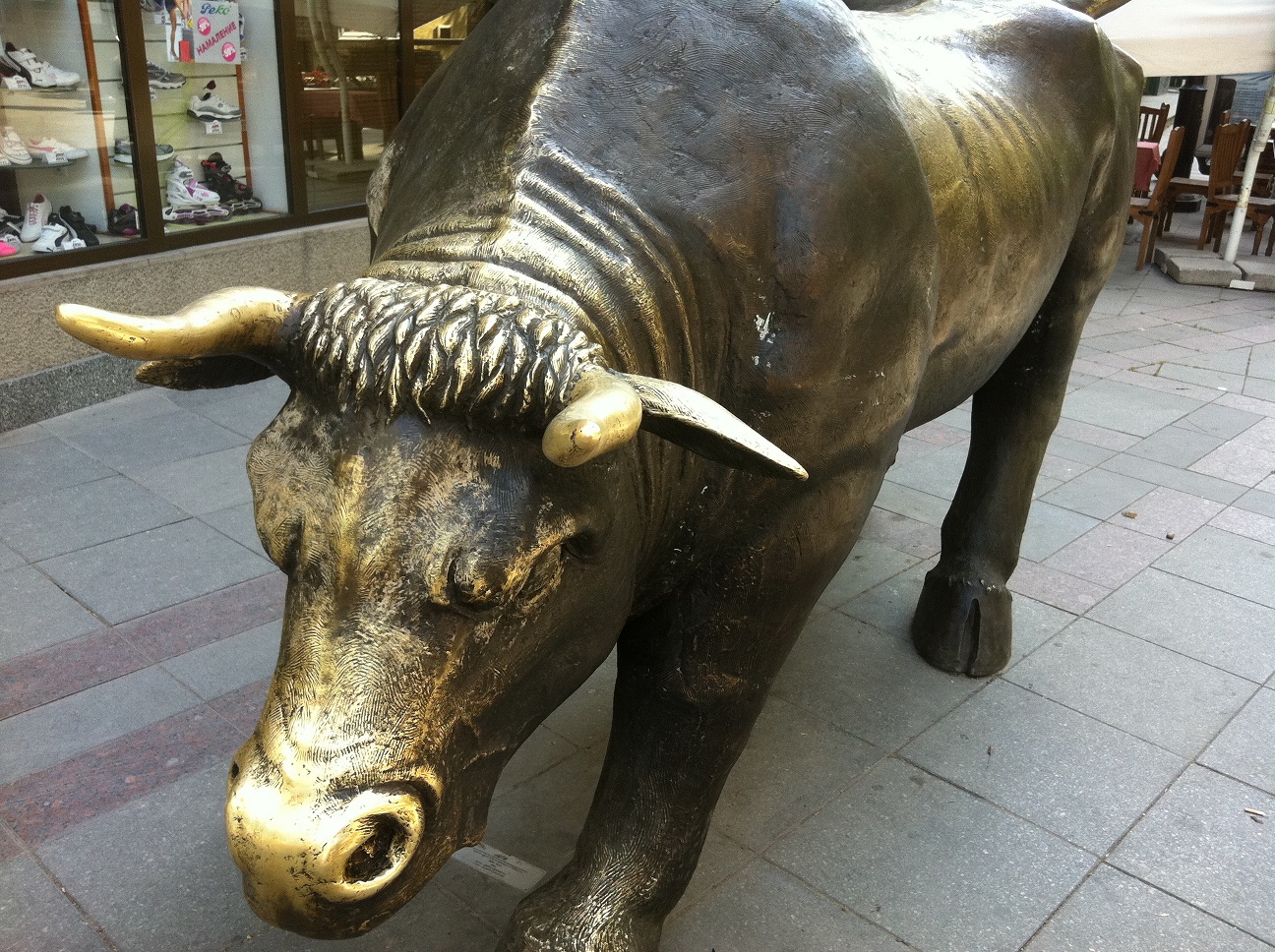 Suffice to say we set out to explore everything that this fine city had to offer, we got lost. This lady loves to plan and apparently knew the way, I had no clue but my guess of “where the big dome buildings” would have worked. 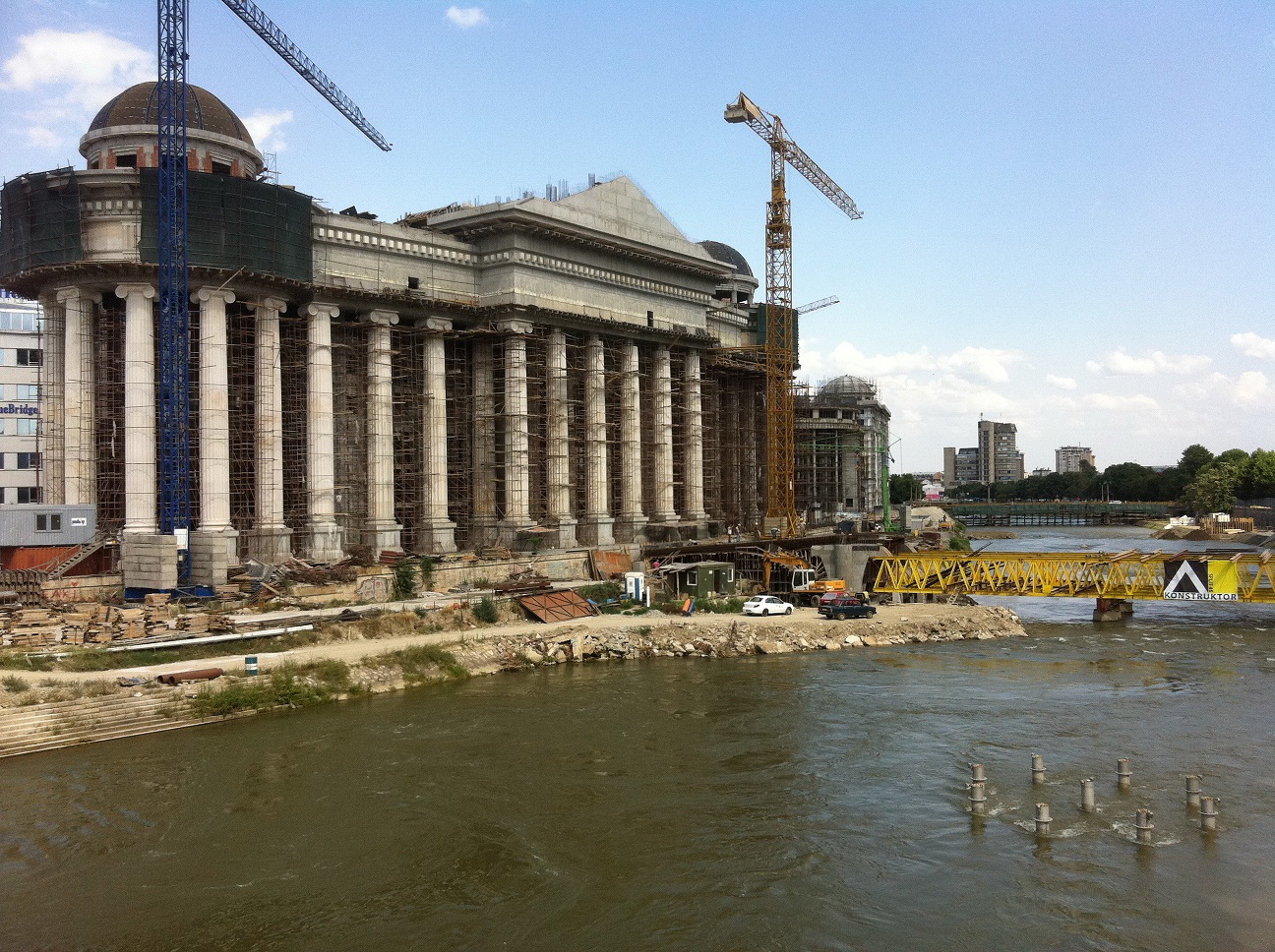 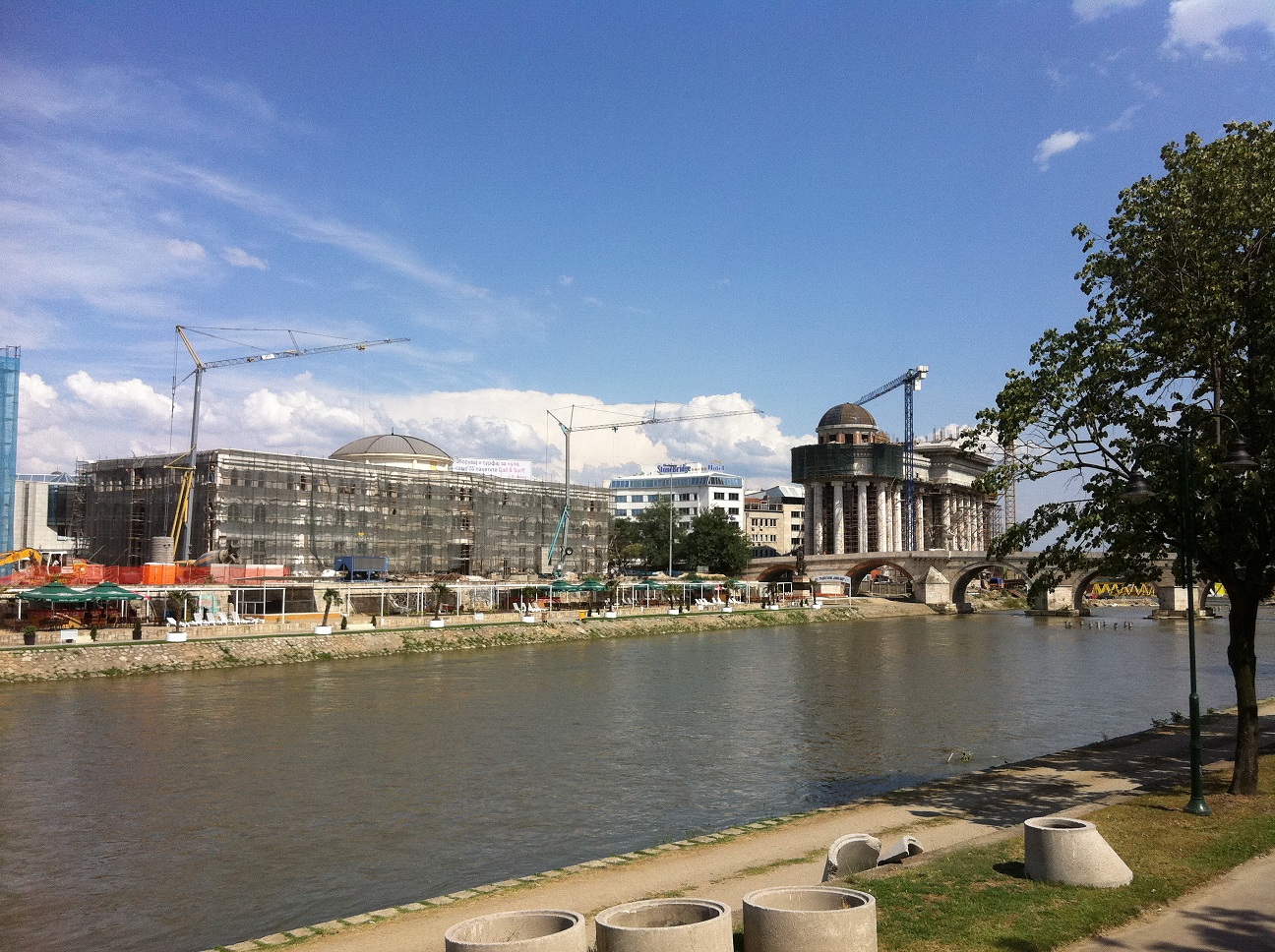 Fear not, this blog will be going there soon…

Turns out Skopje is the capital city of the Republic of Macedonia and houses over a third of the population. Regrettably, in 1963 there was a monster earth quake that destroyed over 80% of the city. As a result lots of new buildings and some still being built. What’s cool is they kept the traditional theme so old school looking buildings were rebuilt, love it. 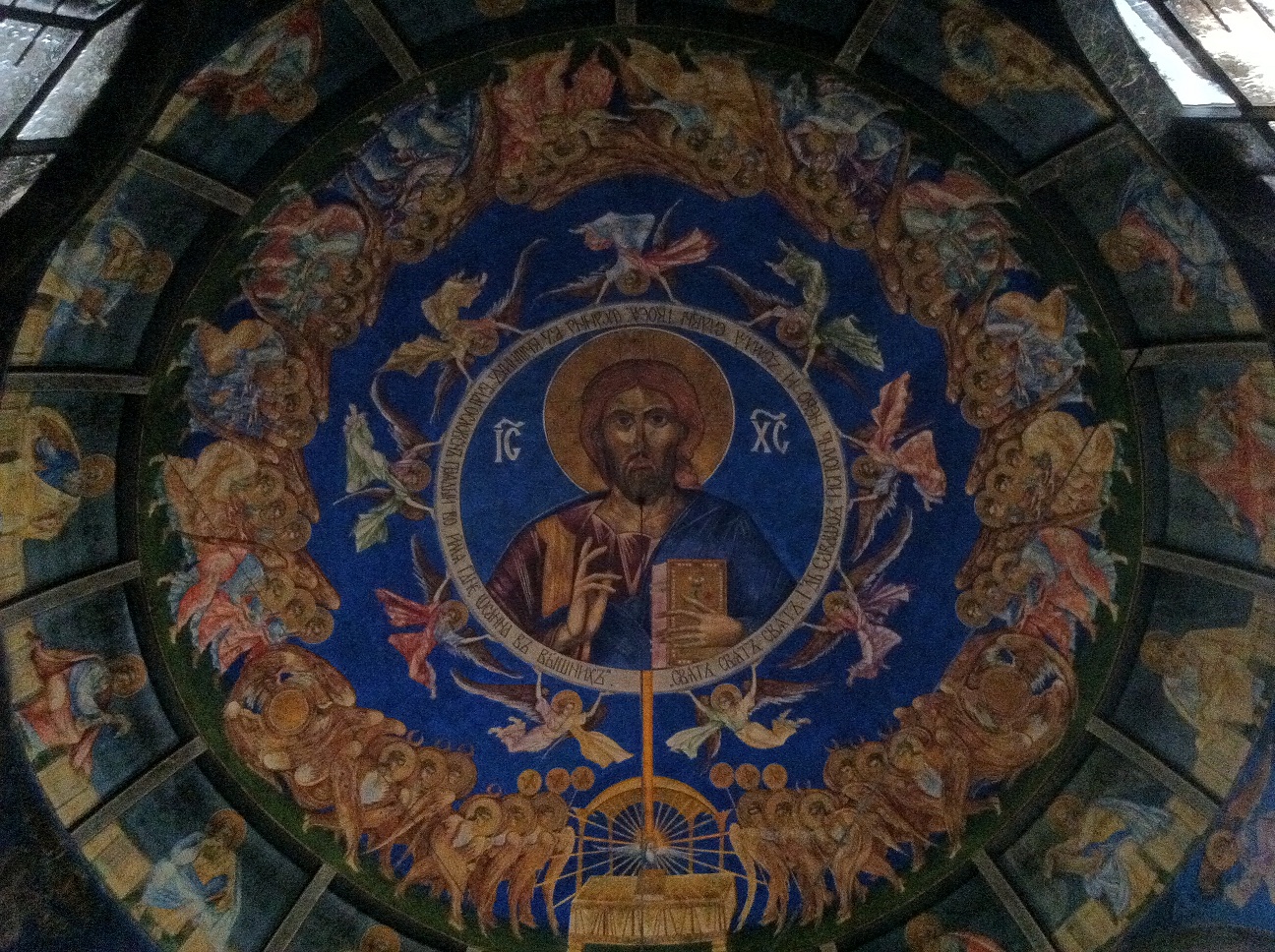 The downtown core is sweet, the main square has a monstrous statue of Alexander the Great riding a horse and it’s quite something to see. The main drag areas are littered with classy cafes where you can enjoy beverages or grab a bite to eat, if one were so inclined. It’s also very cheap, right in the center of it all I bought a double scoop gelato for under a euro, eat your heart out Rome! 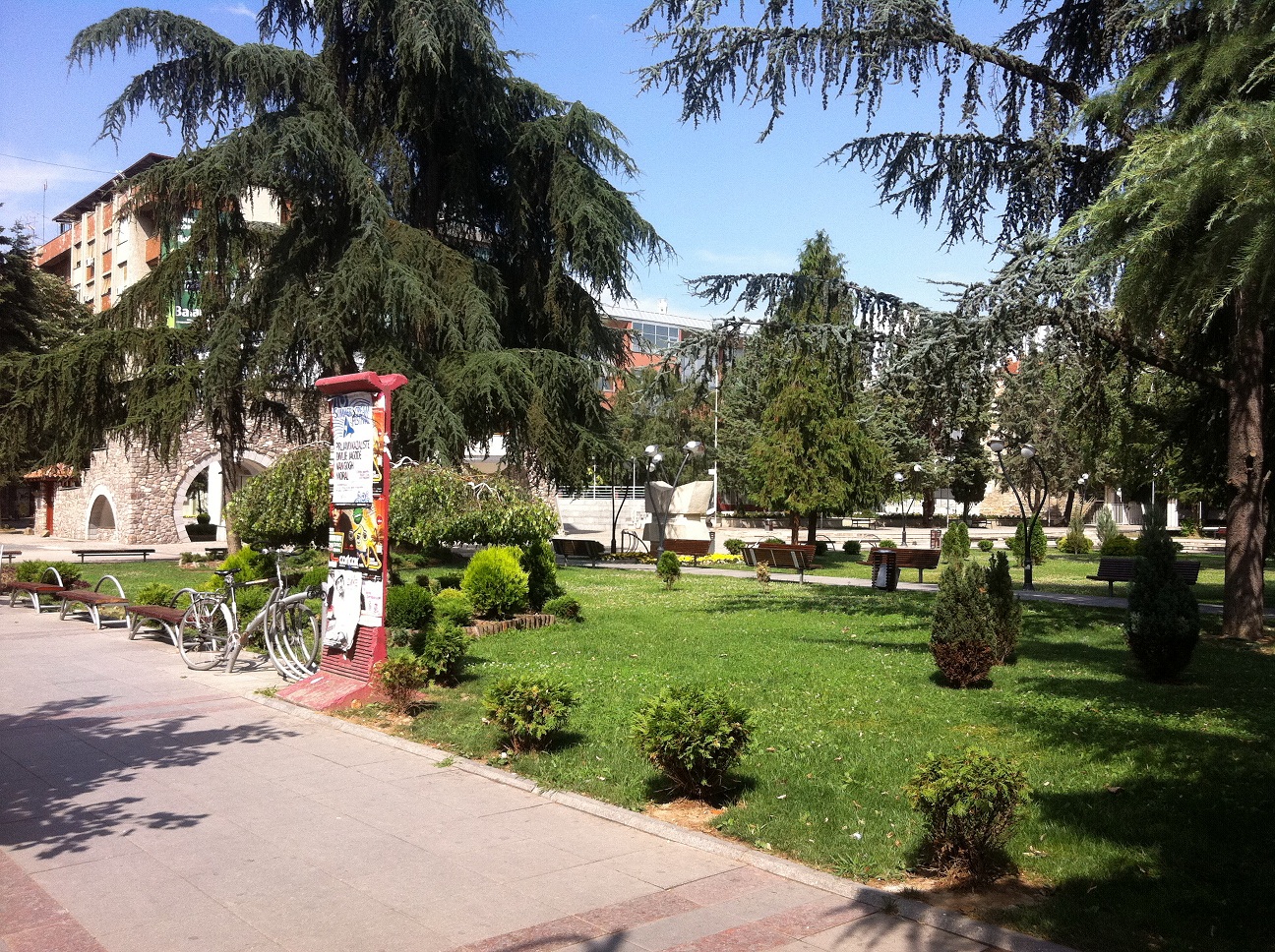 Kale Fortress is always in the distance but supposed you can’t go inside so we won’t mention it anymore. Suffice to say wandered around for hours until yours truly got tired and well, retired. This place is also quite modern, the shopping mall / grocery store is state of the art. It’s so impressive that I’m actually mentioning it, yes it’s that impressive. 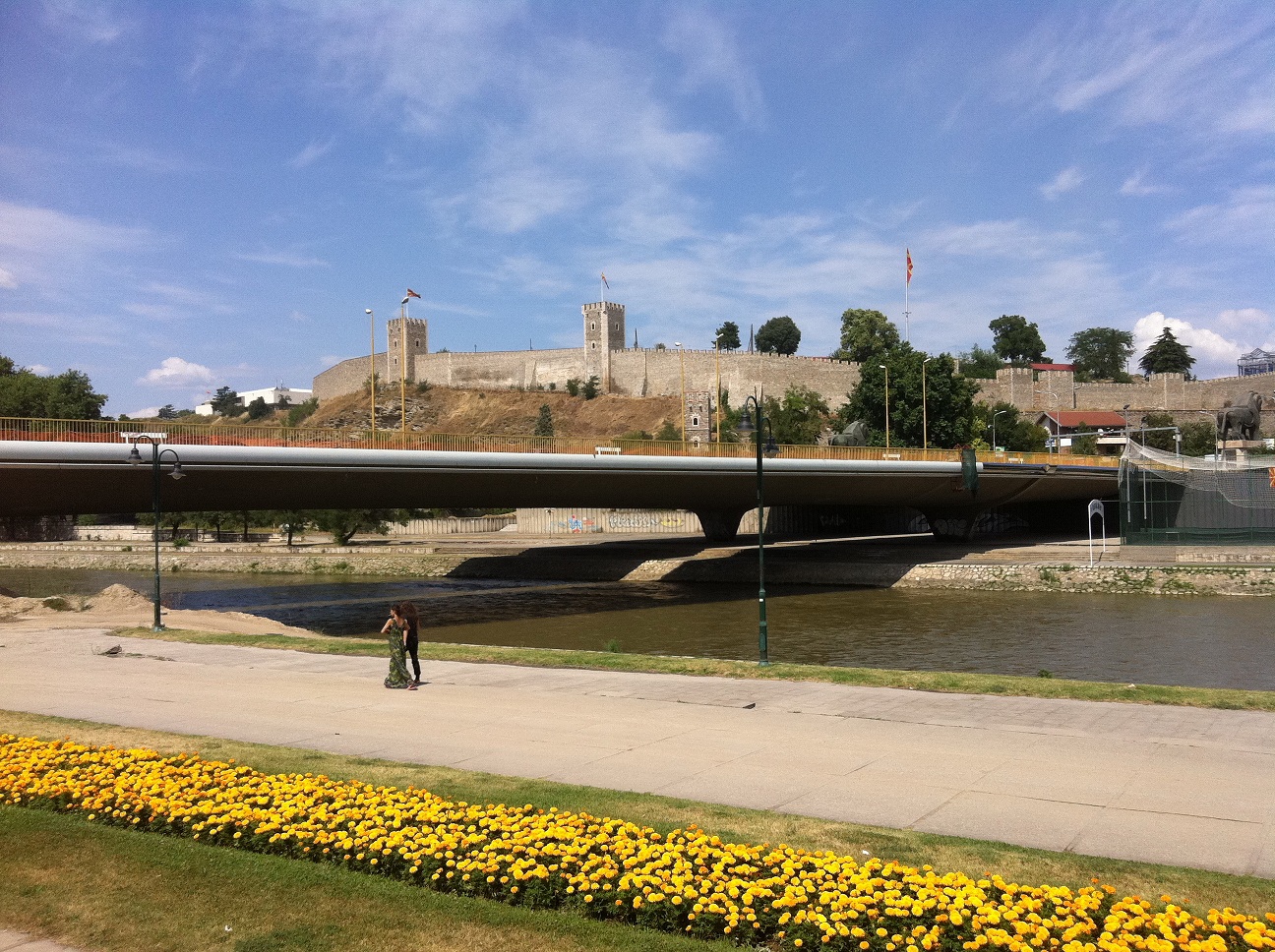 The Yugoslav war of the 1990’s also came to the doorstep of Skopje, luckily it stopped there as this place has seen enough damage in recent history. That said, if you wish to visit Kosovo, this is the entrance… Very glad to have come here, very much enjoying the feel of the city. Would not recommend it as a vacation destination but is very worthwhile to visit for a few days or if one were so inclined, live for a month or so in the summer. 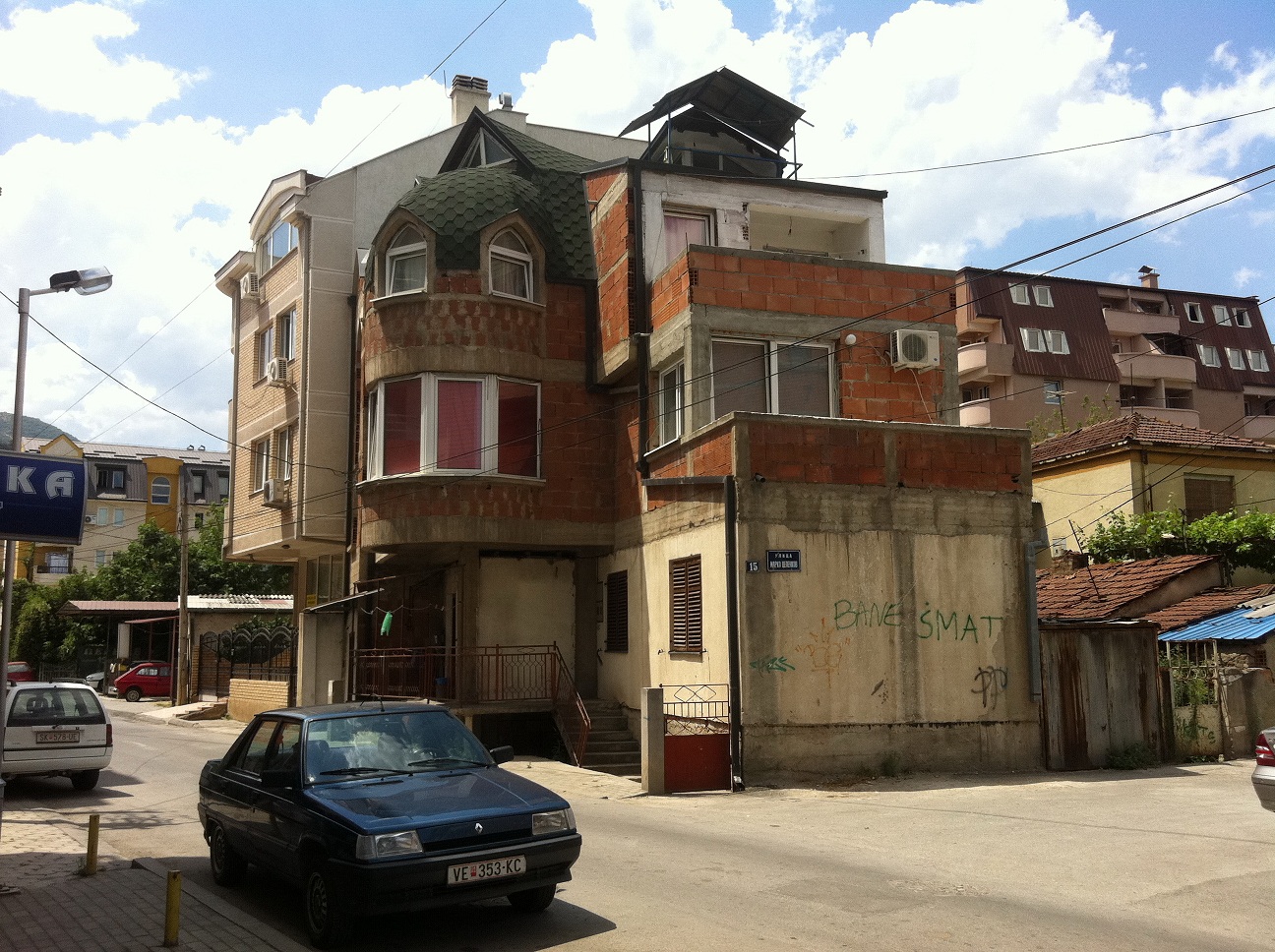 I could definitely live here for a bit, that said go google “Ohrid, Macedonia“.

Fear not, this blog is going there shortly.