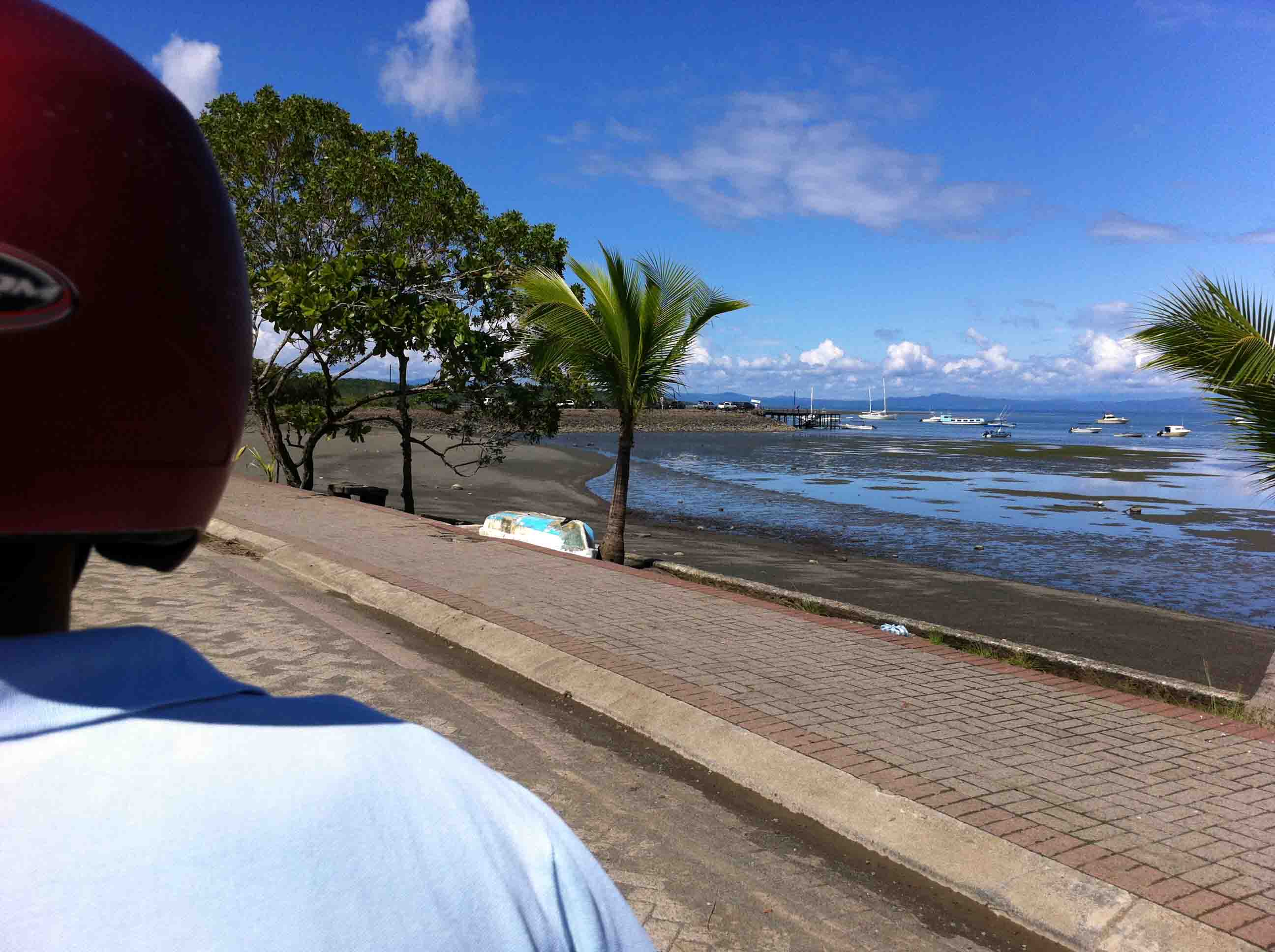 Today I had the distinct pleasure of taking a motorbike to a ferry which brought me to a shared taxi to a bus. From the bus it was one more taxi to my final destination, a nice hotel not far from the San Jose Airport. I had grandiose visions of sleeping at the airport until it was time to leave and realized it was a ridiculous idea so I booked this hotel and so glad I did; I’m exhausted and can’t wait to exercise my right to a hot shower. 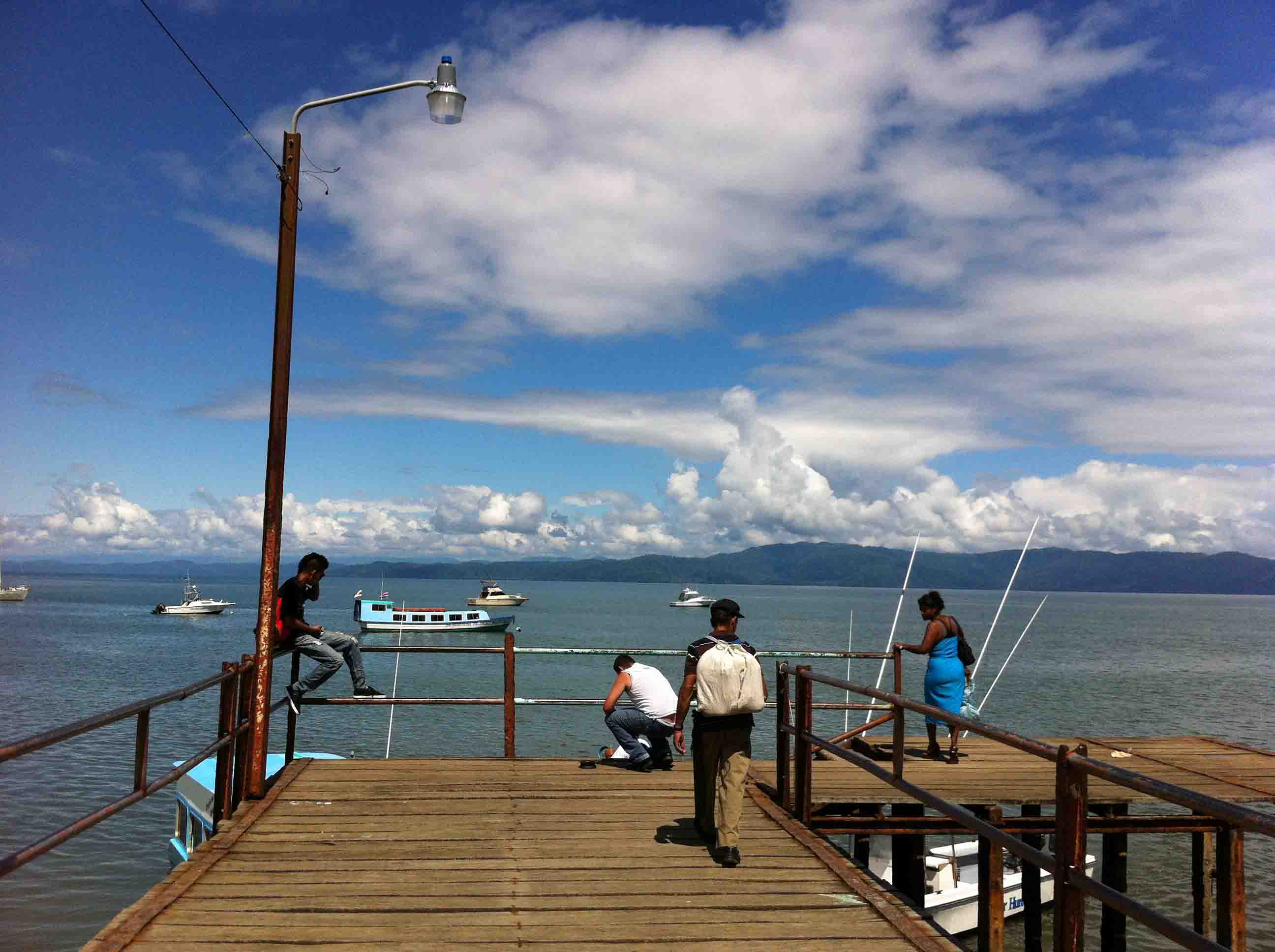 The ride was interesting and a friend of mine took me on the back of his moto to the catch the 11:30am ferry. I had all these flashbacks of SE Asia and before long I was at the ferry. The ferry from Puerto Jimenez to Golfito takes about 30 odd minutes and costs you $6. I had all this change scattered around my room when I left so I used that to pay. The captain was less than pleased but I told him I wasn’t overly thrilled about carrying it around either and the grocery store that kept breaking my bills was the real culprit. 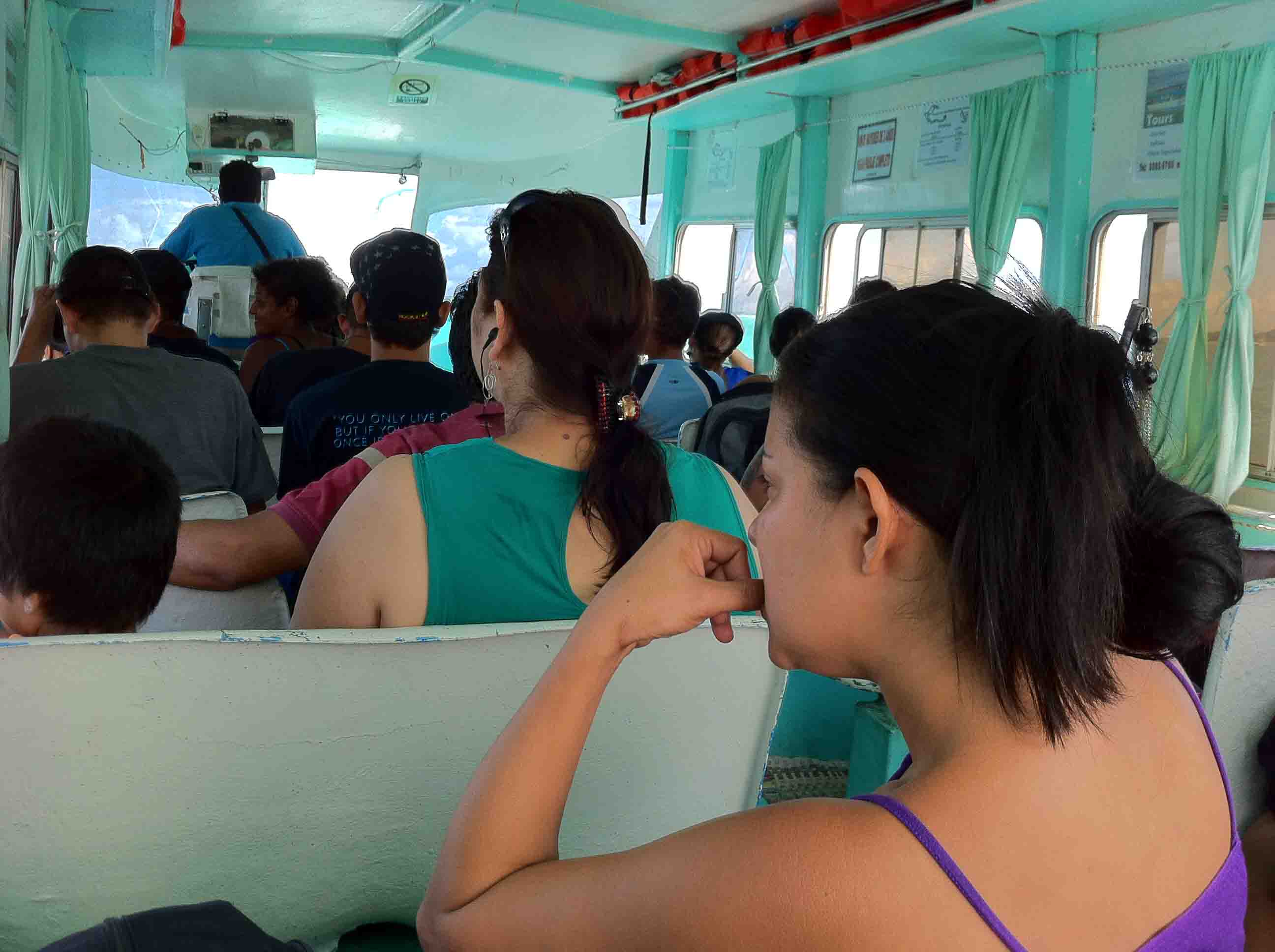 From there I caught a shared taxi for $4 to Rio Claro. It’s not a long ride and the bus to San Jose doesn’t leave until 2:05pm so you can just wait for the bus from Golfito if you wish. There was this Chinese joint around the corner and it was rather lackluster but filled the void. That said, don’t eat random Chinese food and drink a few glasses of water before a six hour bus, it makes no sense. Immediately after ordering I realized some local Soda would offer better selection but it was too late. 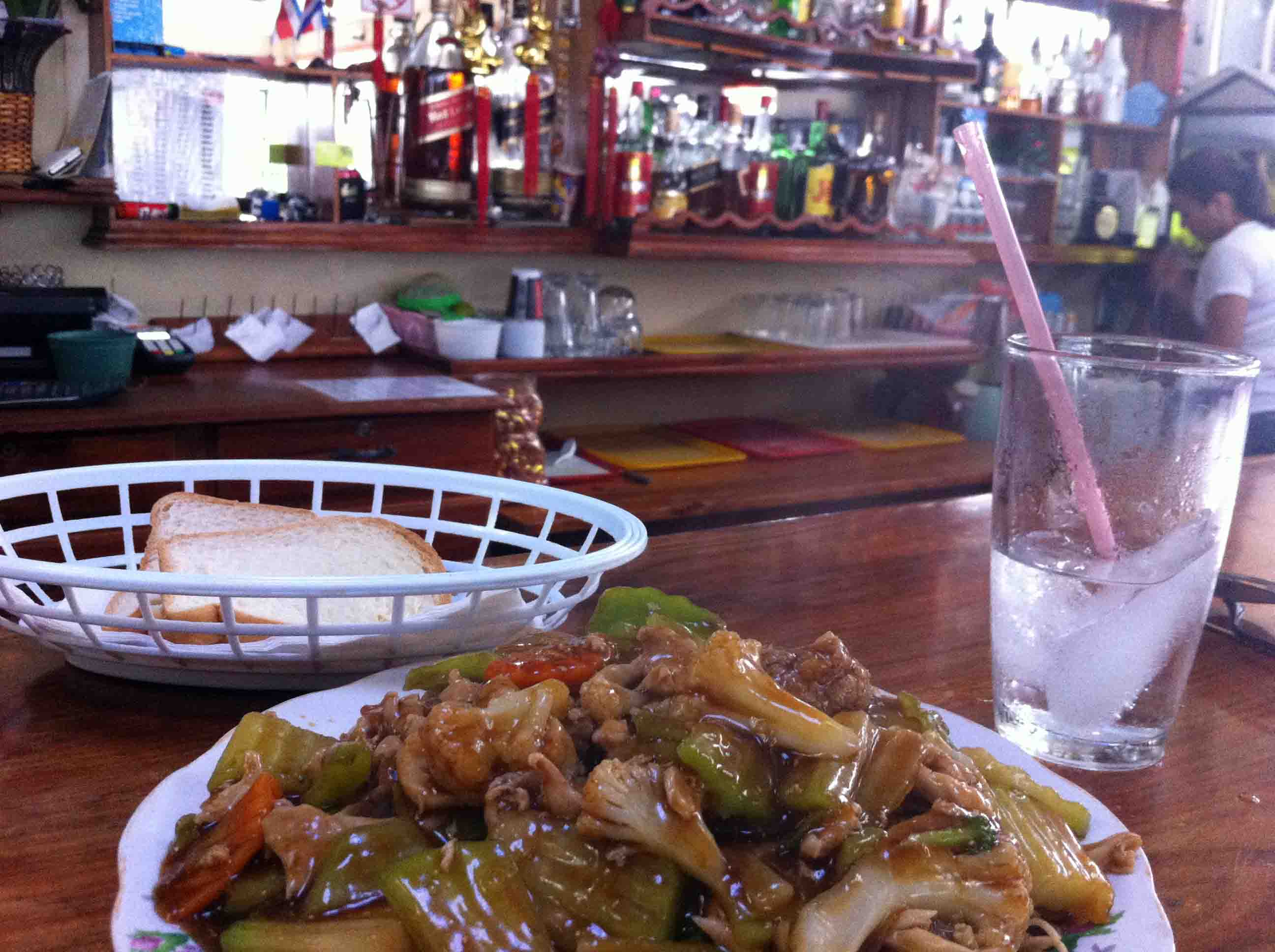 Oh yeah, the bus from Rio Claro to San Jose takes about 6 hours and costs $12US; that’s a deal. 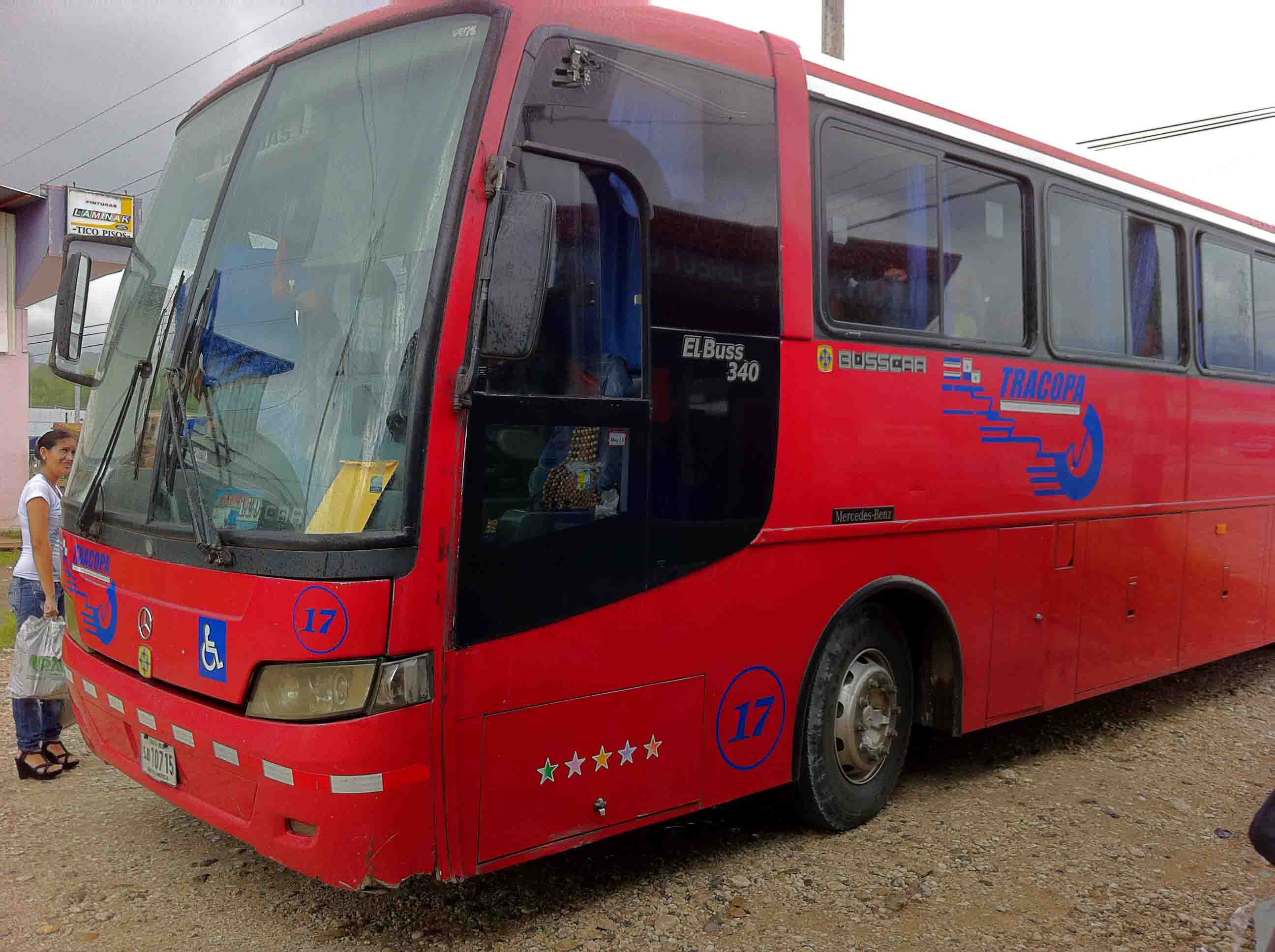 Along the way we stopped at this truck stop that was quite classy, as far as truck stops go. I also had the most uninspired meal of my life. I ordered the veg, yucca and fish. Everything was cold and dry, again a high risk move. Who orders crusty looking fish at a truck stop with 3 hours left on a bus with no bathrooms? Apparently I do and apparently I’m getting forgetful and should have my head examined. I also saw this dog that looked like it had 5 paws but we don’t need to discuss that any further, right? Just know I noticed it while eating my uninspired meal. 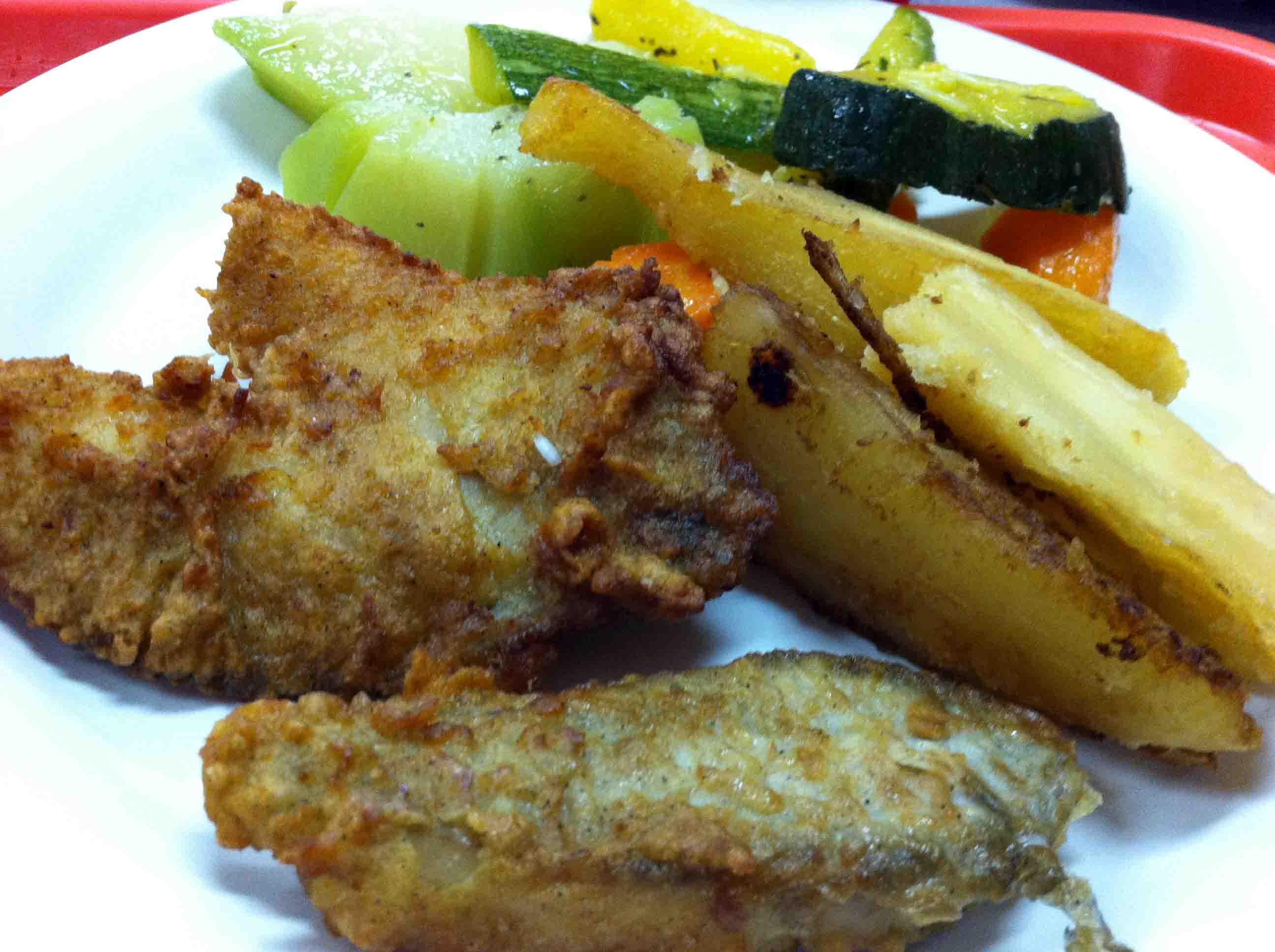 If you’re ever curious how much your taxi cab should cost, always ask the bus driver as they usually know those types of things. He told me it would cost $20US to get to my hotel and he was right. When we arrived I was a hot commodity for the drivers and lots tried to play around until this one older gent yelled over the lot $20 and sure enough, Rafael did a great job and got me there safely. 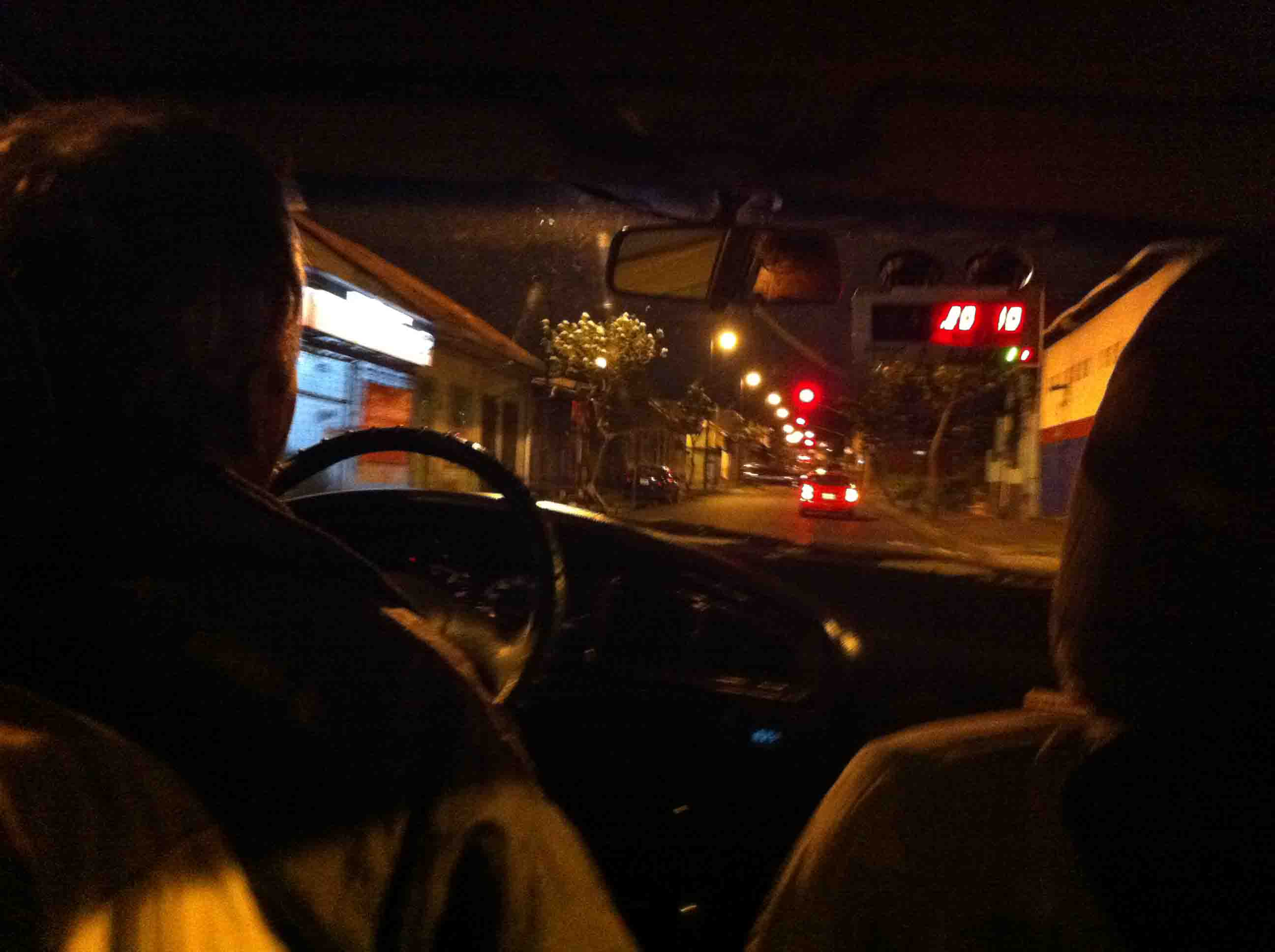 So this is the room, it’s more like a suite and it only cost me $69+tax. I found it online and truth be told, it wasn’t my first choice but ended up being the best selection. I was going with a major brand and ready to hit “process my credit card” when I saw in small print they would charge me $16 for wifi access in my room, this naturally made my blood boil. As a result the Country Inn and Suites got my business which saved me roughly 40% off my first choice and get this; it’s basically next door and includes a shuttle + free breakfast. 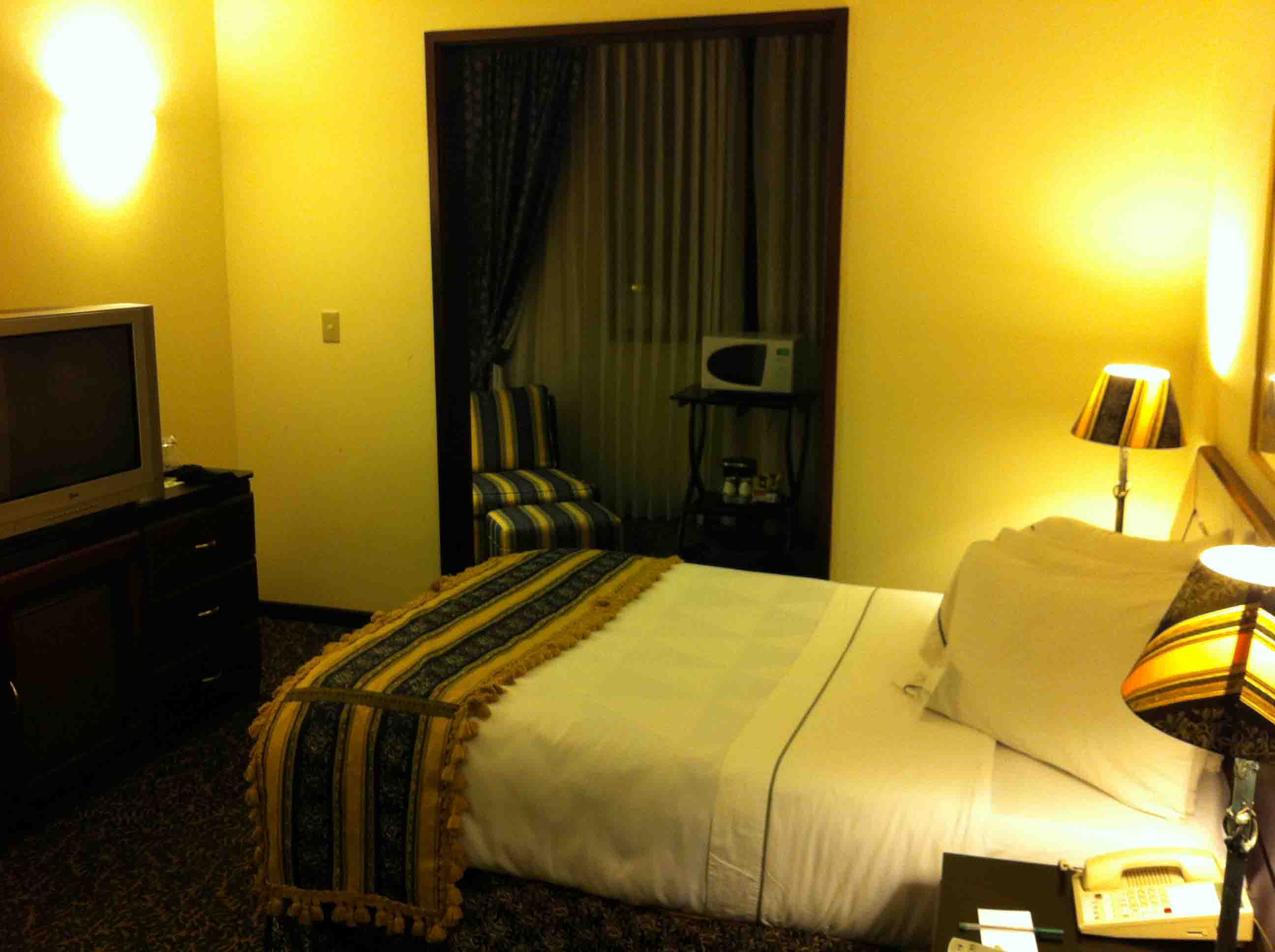 It’s getting late, I wake early tomorrow as always and a hot shower is calling.

2 thoughts on “Puerto Jimenez to San Jose by Bus & Boat”