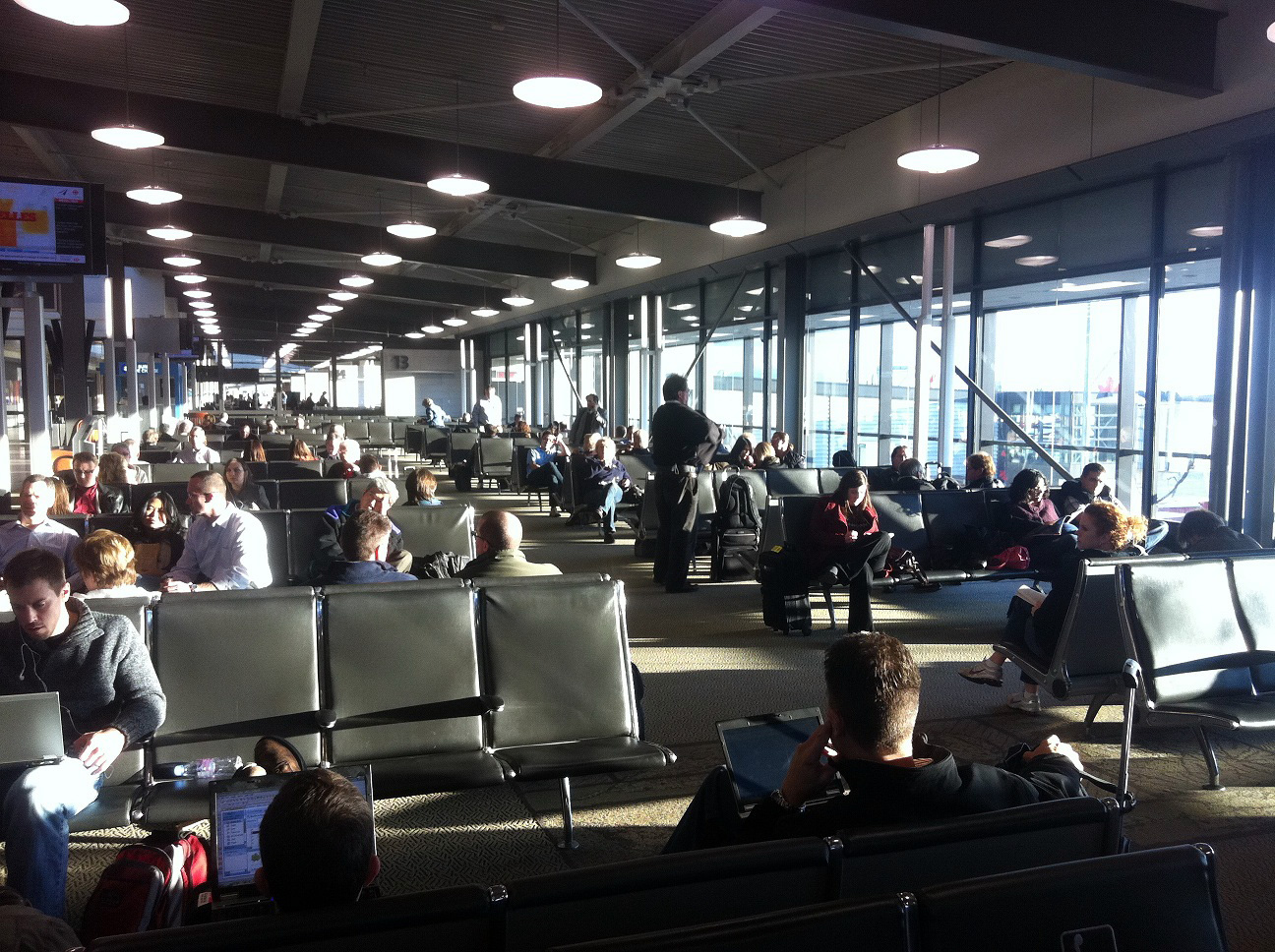 Writing this from families house outside of Boston, this will be brief as one has better things to do then ramble on about a flight from Ottawa to Boston. Will note though that if you’re going to the USA, get there 2 hours early, sometimes the customs line is a complete hour, seriously. Also if you are in transit, have the next ticket… I got lucky with a cool customs agent who said they turn people away all the time who try and fly in on a one way with no exit ticket. I have one, just couldn’t find it… 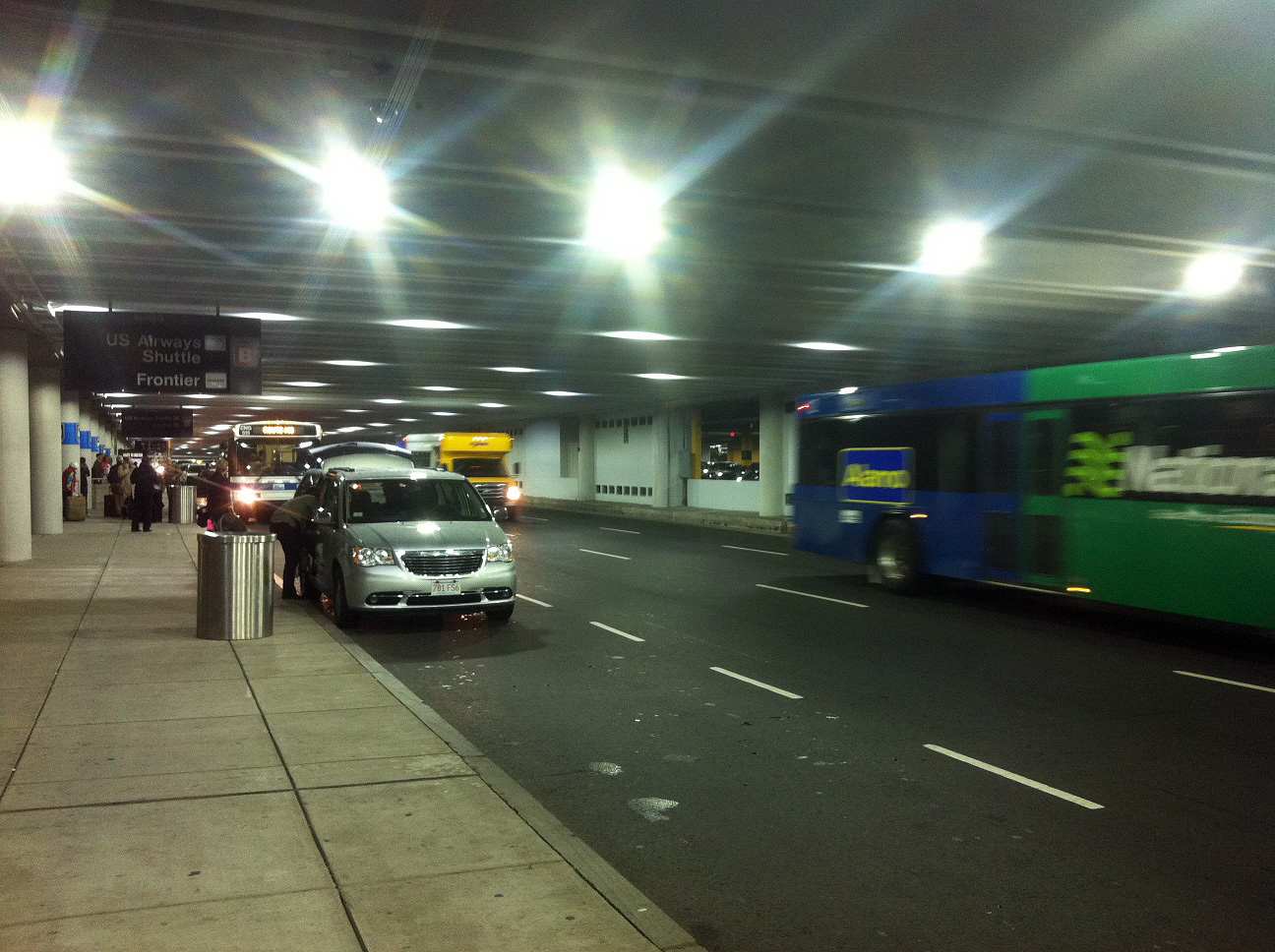 After the whole ordeal I’m on a plane, it takes no time, awesome. Even meet a gent going to the same stop as me, even better. If you’re going from Boston Logan Airport to say the south end, you’ll take the silver line bus for $2 to South Station and then catch the commuter rail. Turns out you need exact change or a ticket of sorts, no way I’m giving the gent $20 so miss the bus, get change and wait in the cold in a sweater, not fun. 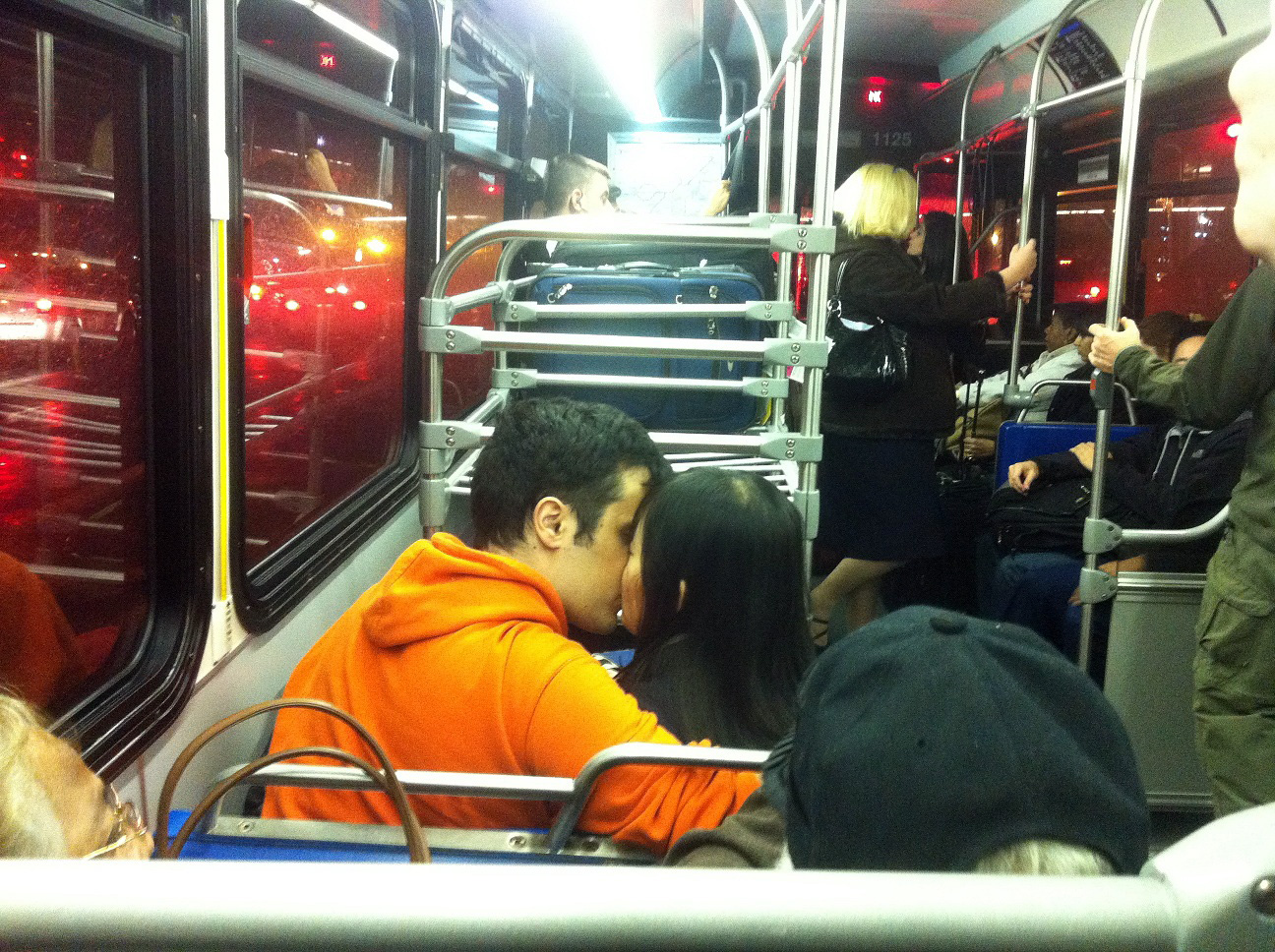 The bus comes and there is a couple that won’t stop making out in front of me. The little Asian lady wasn’t so into it but the guy who we’ll call “Touchy Feely Fred” was all about it. Typically don’t take photos but it had to be done, you need to see what I witnessed non stop for a good half hour. Arrive at South Station and wow, it’s a big place. Rest assured friends, when traveling there will always be someone to help you out. This gent filled me in on what ticket zone I needed to buy, $6.75 later and I’m off to the train. 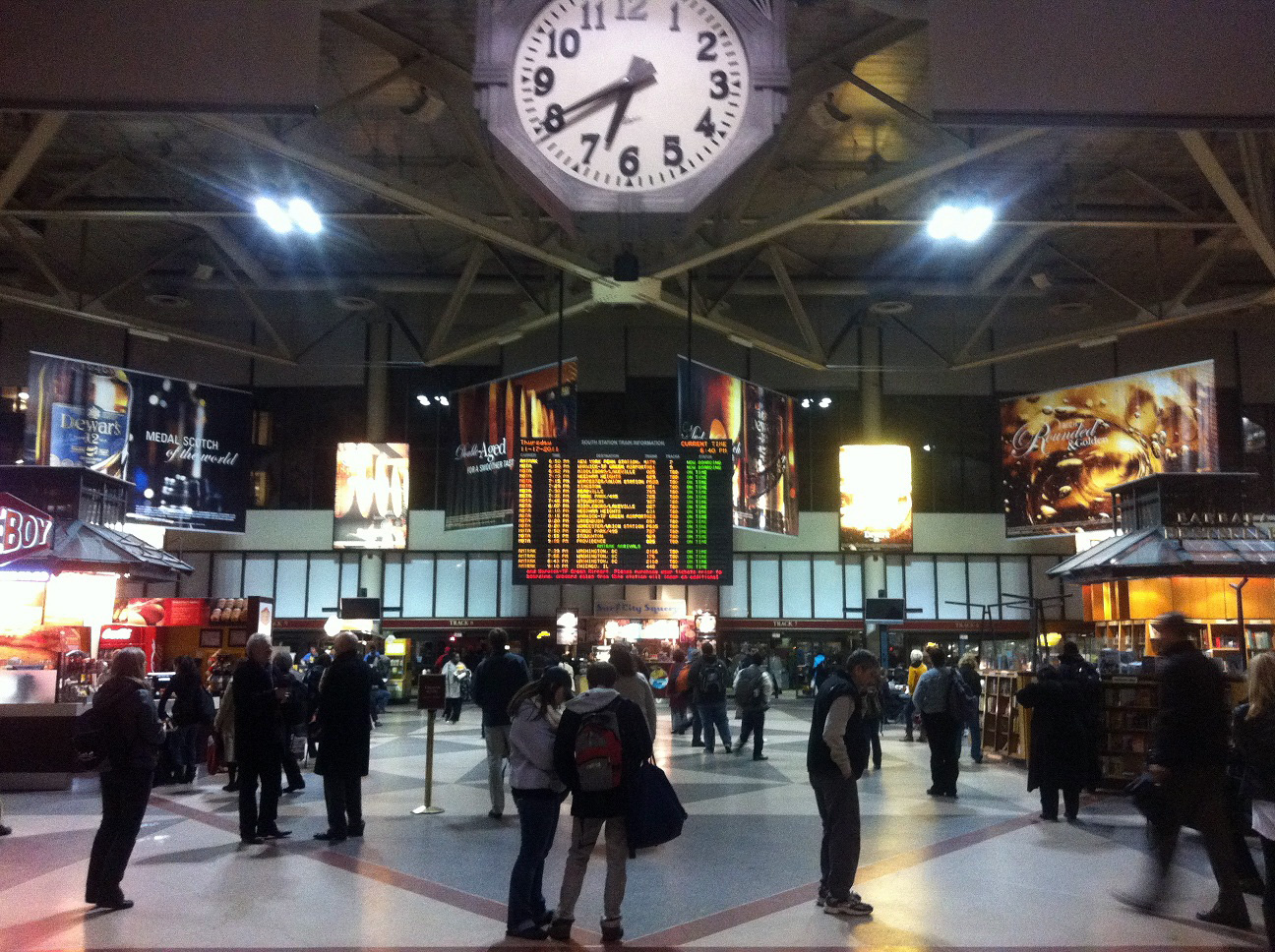 The train was boarding as I arrived and immediately met this interesting group of people. This one gent named Scott lives in a Firehouse, seriously. Talk about pretty cool, have always thought of living in an old church because it looks like a castle or turning an old church into an old folks home with funeral services in the basement, just kidding, sorta… Suffice to say sit on the train for 45 minutes or so. Luckily the gent I just mentioned let me use his phone as it was a cold and rainy night. Arrived, got picked up and immediately hit Wendell’s. 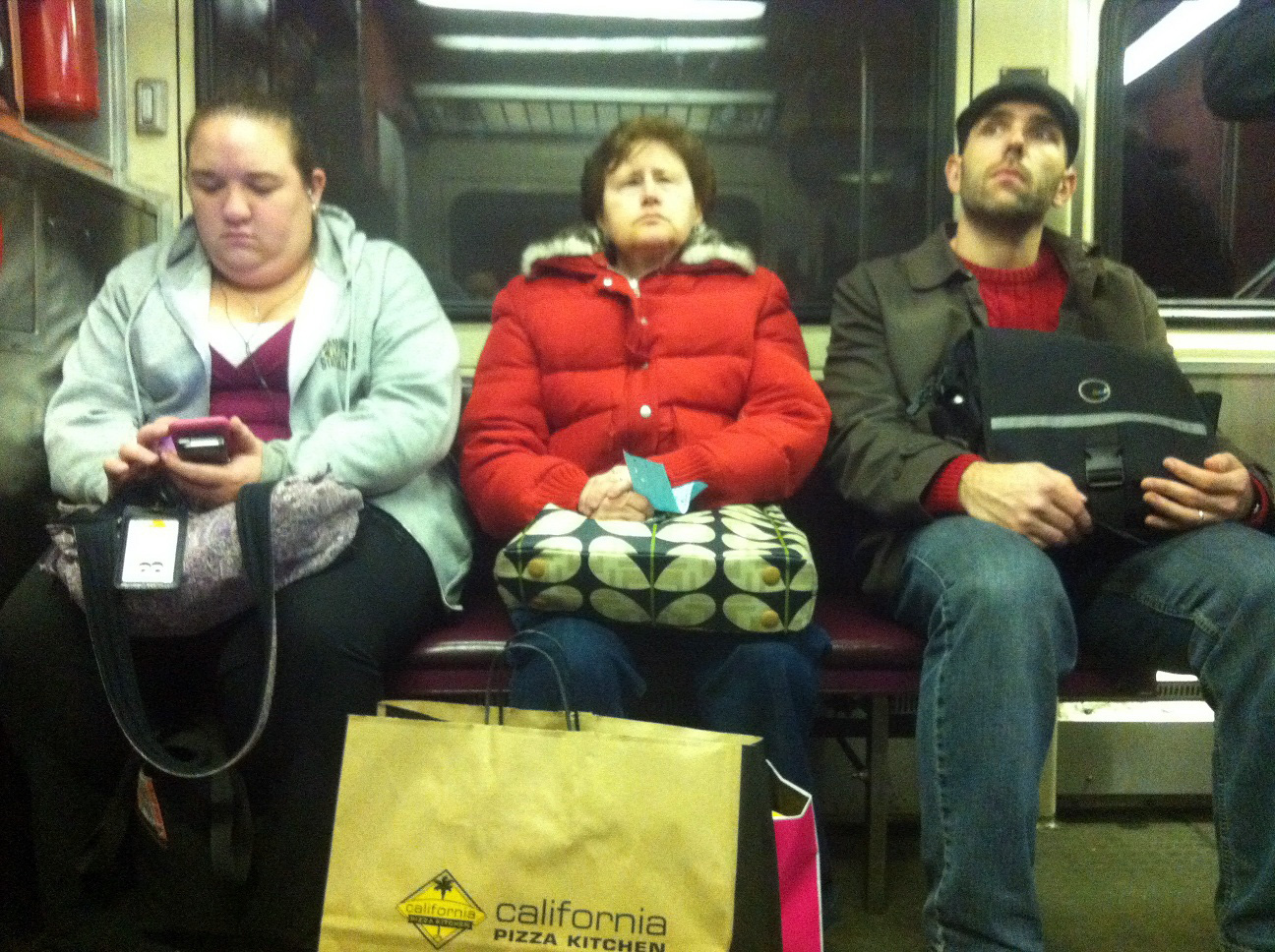 What is Wendell’s you ask? It’s this place that looks like a cottage and serves amazing wings, recommended. Afterward met up with a cousin and did what cousins in the 20 & 30 something range do like play video games and then drink in a hot tub while it’s freezing outside. I think one day air travel will be so mainstream that it won’t be “that expensive” and many people will begin flying places to see family, if only for a day. It took me 1 hour to fly from Ottawa to Boston, how many people spend more time then that just getting to work, yes? 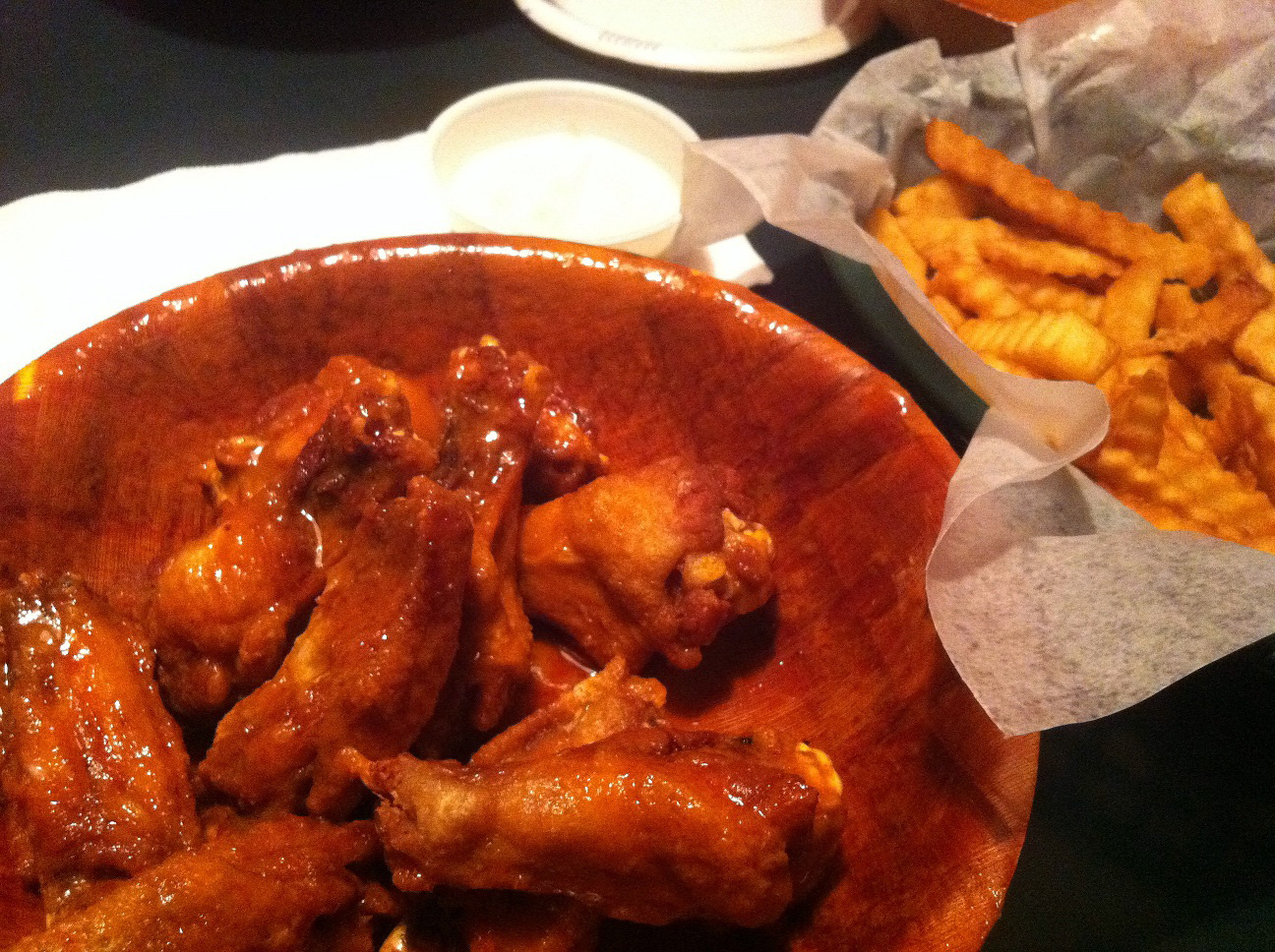 Today I’m going to see my grandparents and just hang out while eating home made sandwiches from Grandma aka the best kind. Tomorrow I’m off to a 1 year old niece’s birthday party before heading to Nicaragua with my friend Ryan who I met in Chiang Mai when he moved 2 doors down, random. Quite looking forward to this adventure, anything to beat the cold really. Decided to take a before and after photo, this was yours truly leaving Ottawa yesterday. Get this, my main backpack is 6.1KG, that redefines “light packing”. 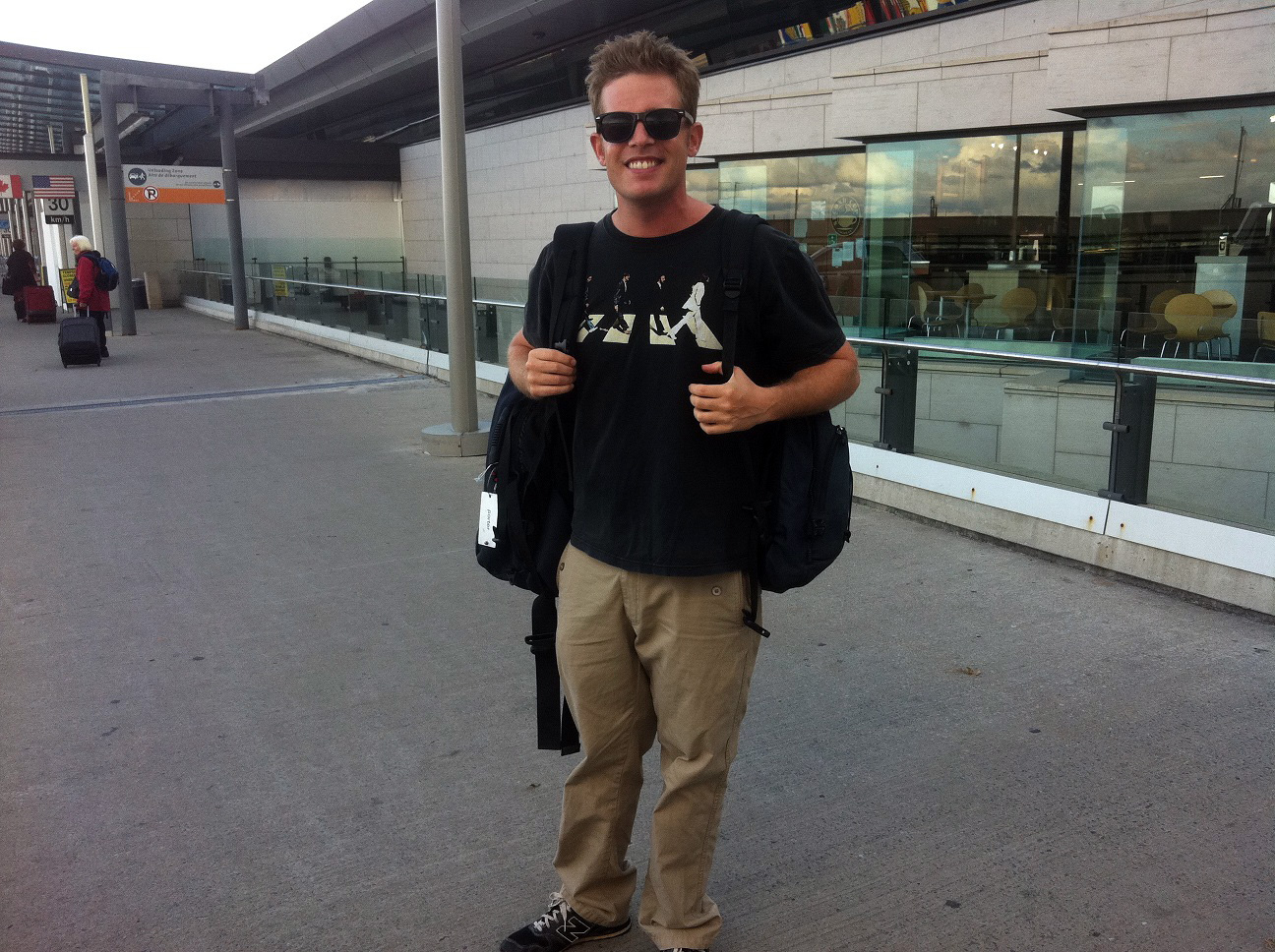 Take away from all this? If you’re going to the USA, do get there early as the customs is sometime a nightmare and had I been any later, would have missed my flight. If you’re using the USA as a transit, be sure to have a copy of your outbound ticket or they may deny you entry and finally… If you have family who will pick you up in a major city with stupid traffic at rush hour, be a gentleman or a lady and take the public transit, it’s basically just as fast and way less stress.

P.S: While eating wings with my Aunt aka God Mother Aka Hilarious Relative, this song was playing. How apropos!?