While in the Azores I had the pleasure of climbing Mount Pico which is the highest mountain in all of Portugal, the third highest in the Atlantic Ocean and a bit of a beast which stands at 2351m.

By no means is this one of the tallest mountains in the world but it’s quite the hike, let me tell you. It took myself and the fearless expedition I had joined several hours to climb Mount Pico and and a little longer to get down.

The views from the summit are spectacular but we’ll get to that in a moment. 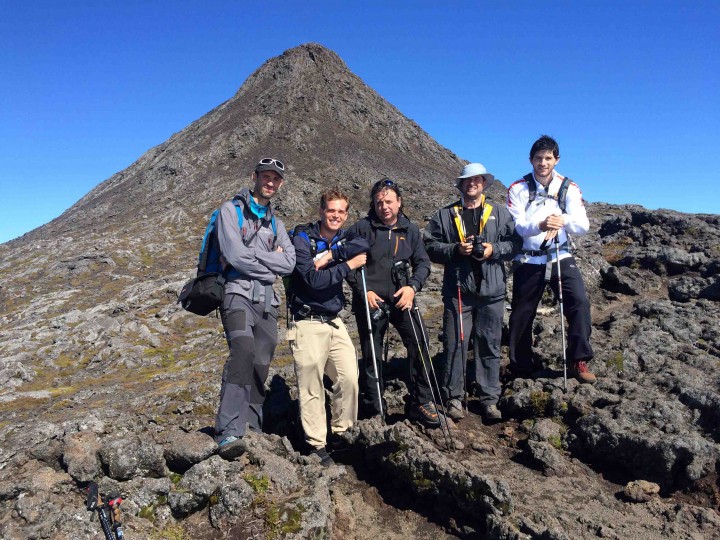 Hiking is big in the Azores and if you’re coming for a hike, climbing Mount Pico on Pico Island is the main event. It’s not an overly difficult climb but if you’re not in good shape, you’ll definitely feel it.

It’s basically straight up as you climb these old lava flows for a few hours before you reach the crater. You see, Pico is a now dormant volcano and an interesting fact for you, the newest of the Azores Islands. So there is a big crater at the top and then in the middle of said crater, a final summit which is quite the final climb. 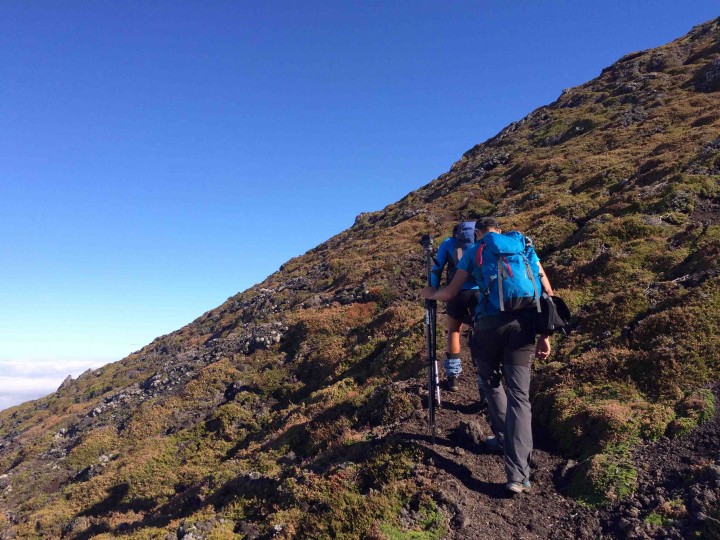 Before we get to the summit, let’s talk a little more about the way up, yes? Well it has great views of the surrounding area and the path we climbed was right across from the city of Horta on Faial. There are 45 posts which help guide the safest way to climb the mountain and let me tell you this, those markers don’t pass fast enough.

It’s a bit disheartening when you’re tired and you look at post nine but it’s invigorating as you’re breathing fresh air at post 42, yes? Going up is way easier than going down but I think that’s normal for most mountain climbing experiences. Let me tell you, a day spent hiking on Sao Jorge is much easier, I assure you. 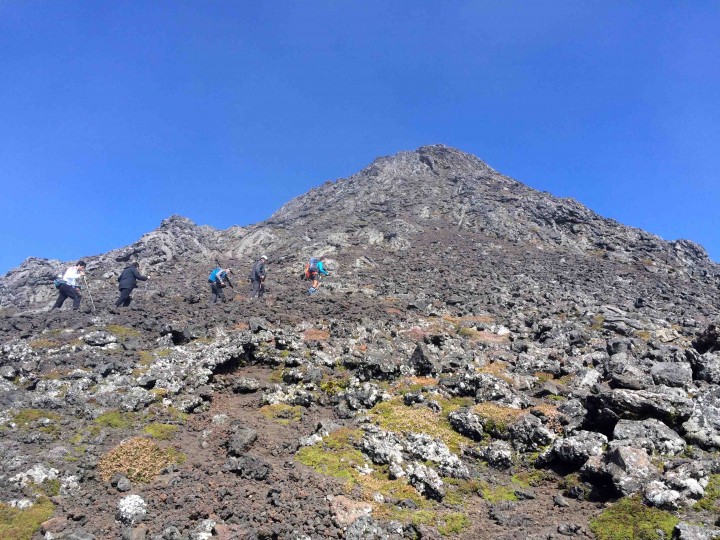 Once at the crater, the summit just spikes up and this is the first real climbing as before it was more of a steep hike. I met a few people who simply climbed to the crater but let’s be real, you didn’t climb the mountain until you stood at the summit, yes? When we arrived it was a mix of clouds and clear skies. We stayed for a while and sure enough we got to enjoy some incredible views of the surrounding oceans and islands. To say I felt accomplished would have been an understatement. 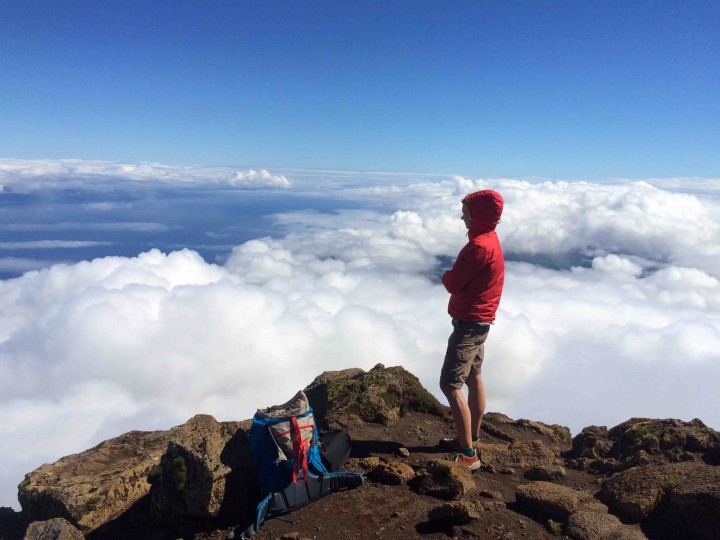 I remember on the way up I went through a real host of emotions from fatigue to incredible excitement. I will say the party sorta stops when you’re at the top and then it’s a long steep walk down. We had a guide and if you’re going to do this, it’s a good way to go as he knew every step of the way which path to take and knows all about the area.

You’d figure it out on your own but some paths are certainly easier than others. I will note that I think there is a market for heli-hiking which is the opposite of heli-skiing aka they pick you up at the top of a mountain instead of drop you off. This trek is a little more difficult than the trip to the Salto de Prego on Sao Miguel. 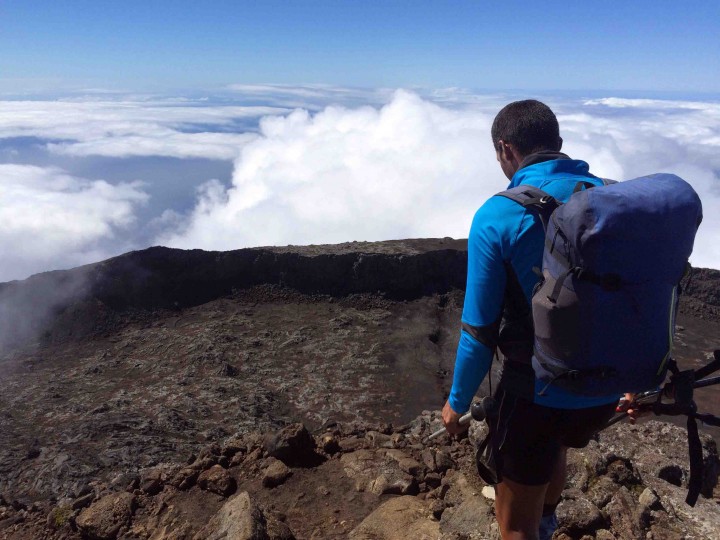 If you’re coming to the Azores for hiking, don’t miss hiking Mount Pico as I’m sure you’ll be very glad you did once it’s over like I am. Also, if you’re going back to Sao Miguel eventually to catch an international flight out, try and fly from Pico because you get an incredible view of Mount Pico outside the right windows during the ascent of the plane. Just looking at these photos brings back great memories and a sense of accomplishment. I had a great time on the Azores Islands and hiking Pico is definitely one of the highlights. 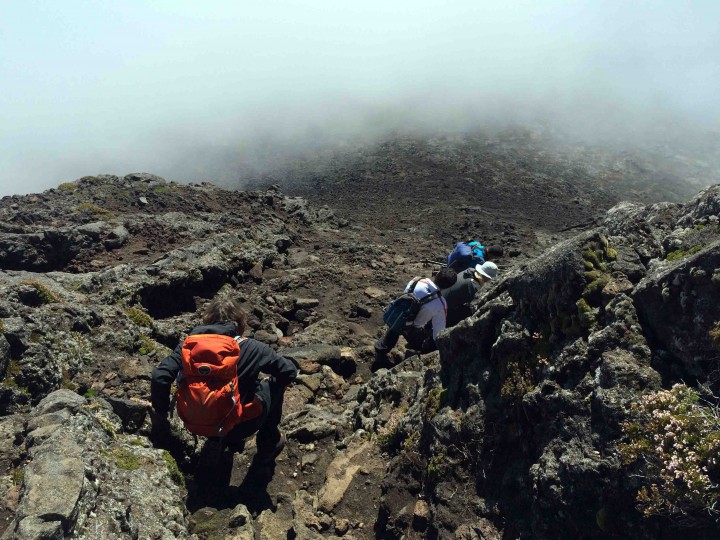 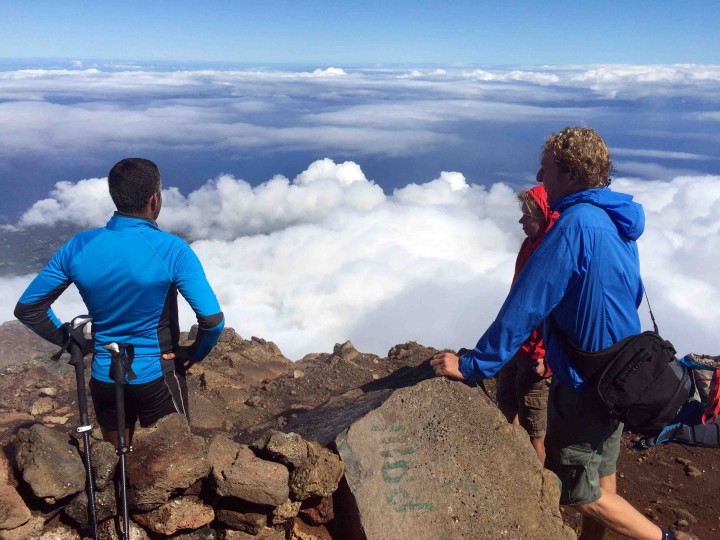 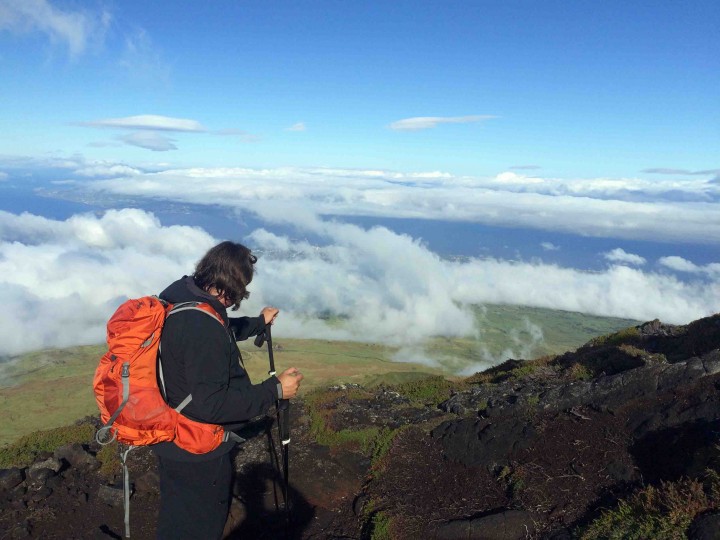 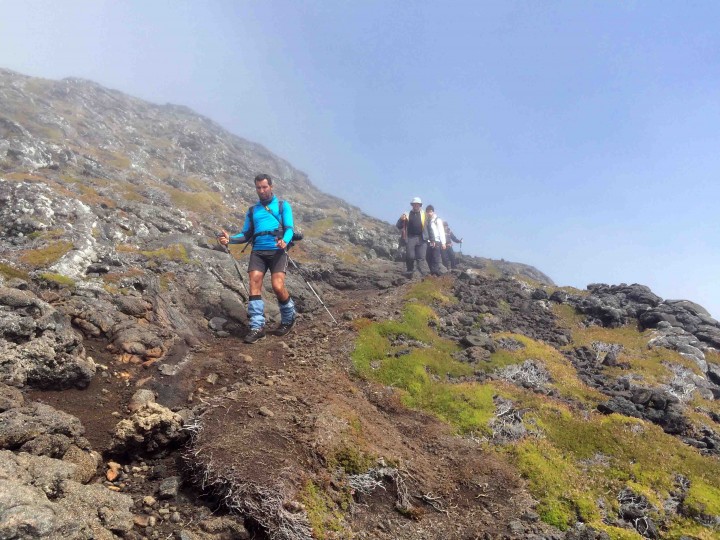 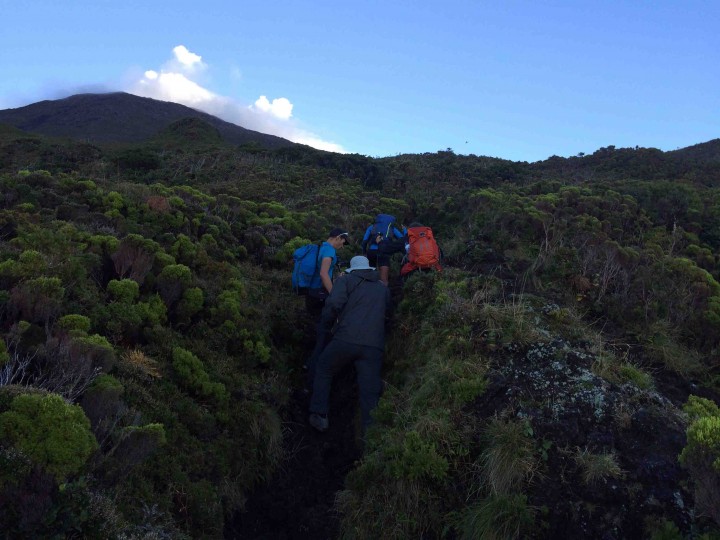 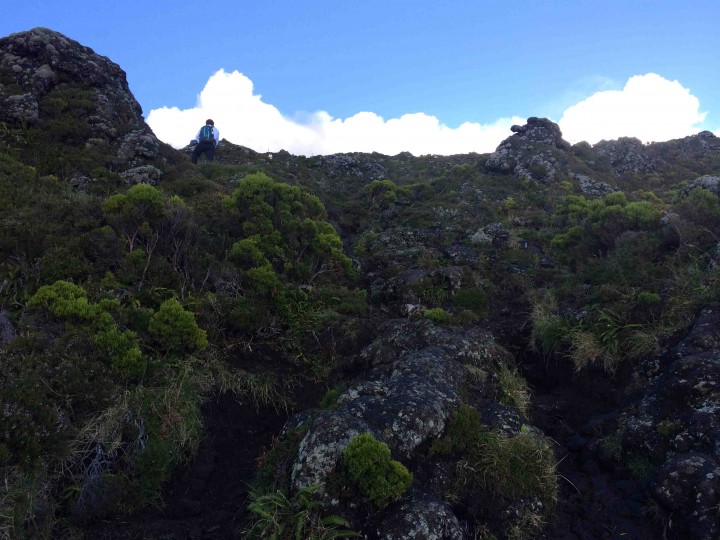 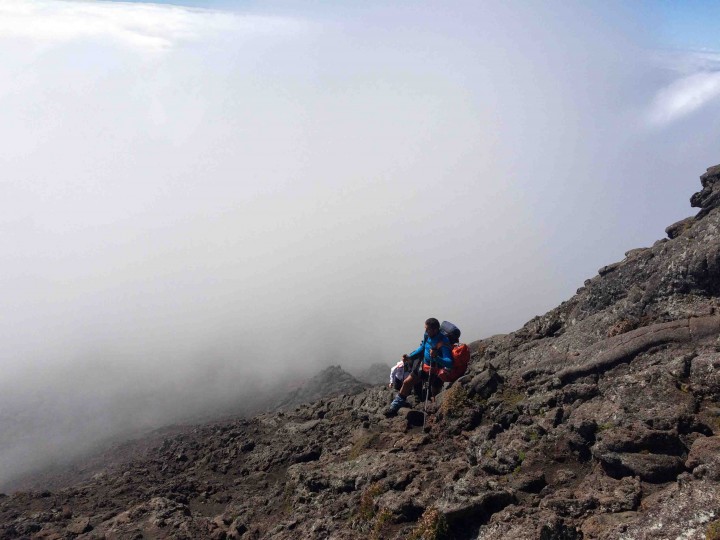 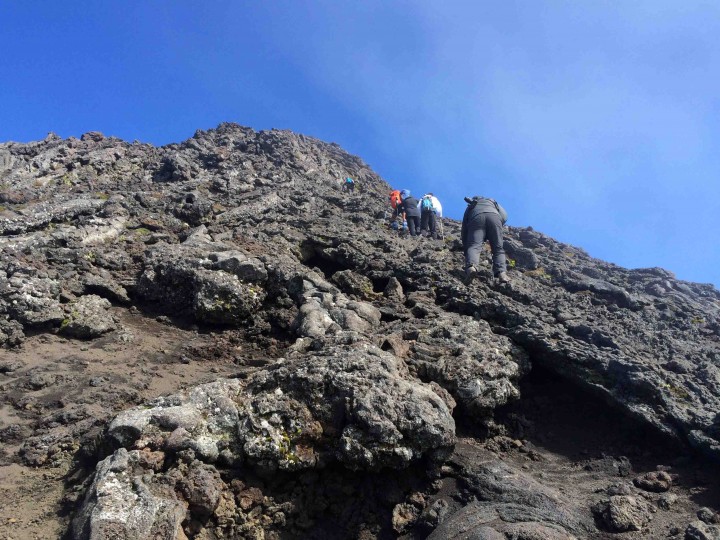 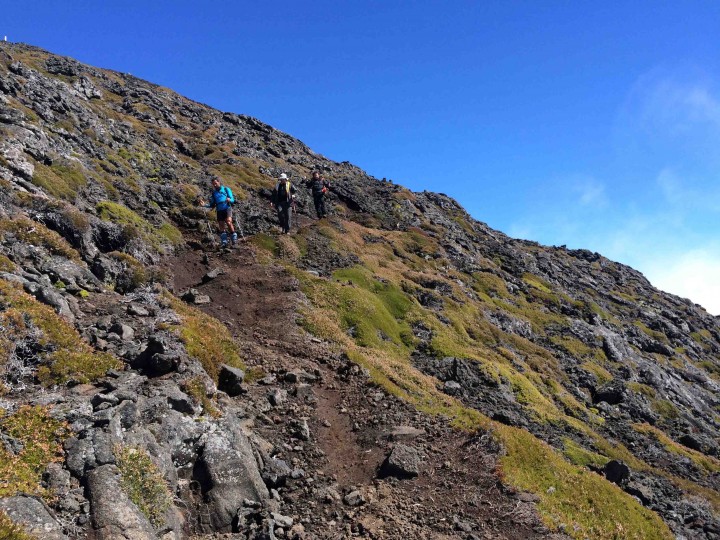 Oh and eat lots of cheese while there, I loved the cheese from Pico.

In closing, big thanks to Visit Azores for their hospitality; appreciated!

4 thoughts on “Climbing Mount Pico on the Azores Islands”