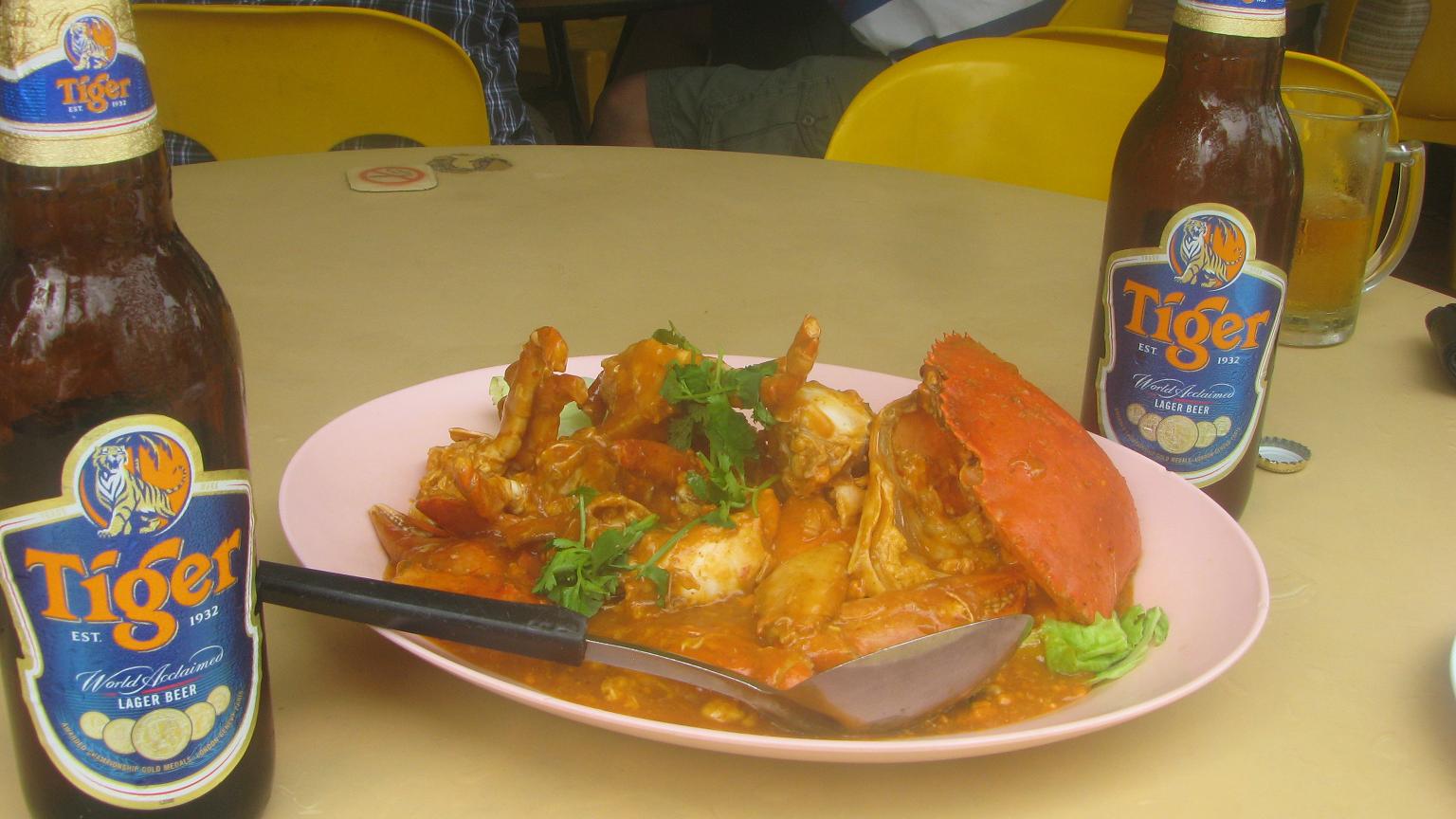 Today I decided to do some “Singaporish” (sic) things before I left. Someone recommended that the chili crab is a local specialty and that I should have a Singapore Sling at the Raffles Hotel. To be frank, I wasn’t enamored with either and both were a grotesque waste of money. Let me explain.

The chili crab was the best deal of the two although averaging ~$7s/100g. We went to a more local place and got a better deal but it still didn’t float my boat. It was “alright” but not what I thought and I typically love anything involving shellfish. My friend wasn’t really feeling it, as a result I eat the lion’s share. The crabs were in this cooler, with a small bucket of ice, didn’t look so hot. Then again, I inquired about “chili crab” at Raffles, and the crabs were in a similar cooler, again not looking so good. I will note the Raffles cooler was cleaner. 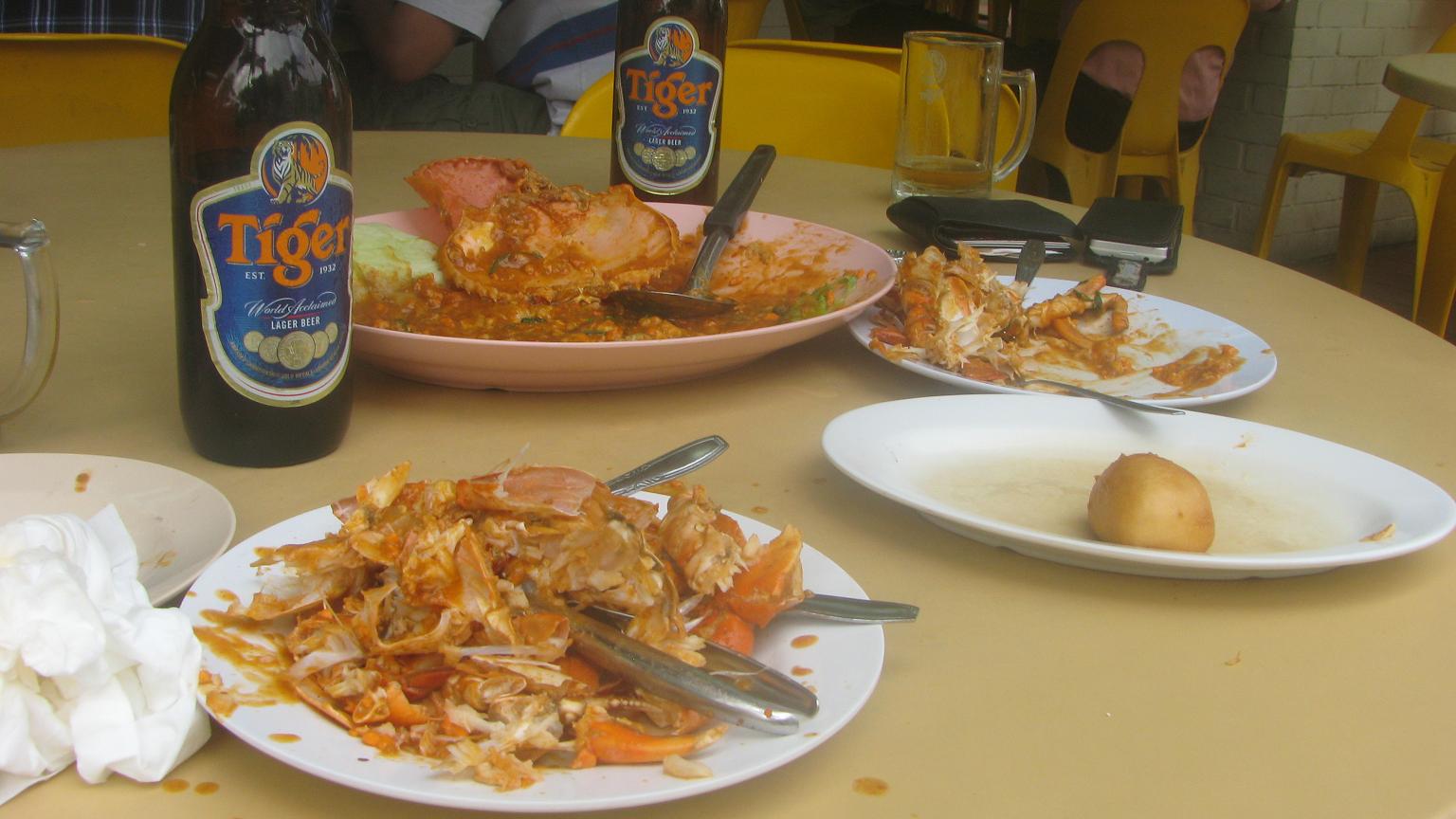 Also, if you thought ribs or wings were “tough to manage”, they are a walk in the park compared to the chili crab. Not recommended for a first date, if you want a second.

When you crack through the shell it often sends renegade chili sauce at you. At one point, the very last leg might I add, I cracked it open and some chili went directly into my eye, not so pleasant.

Truth be told, the chili crab wasn’t that bad, probably still have a bad taste in my mouth from that horrible Singapore Sling at the Raffles Hotel. The Singapore sling is this insanely sugary and fruity drink, the first sip wasn’t so bad but it was down hill from there. I was expecting a classier lounge at the raffles instead of a lounge where people eat peanuts and threw them on the floor. Last time I was at a bar like that was on Granville Street in Vancouver.

I eat so many peanuts that if you crushed them all you could make a sick spread of peanut butter, the “Singapore sling” was sooooo sugary and fruity that if you boiled it, it would probably leave jelly. So essentially I paid ~$30S for a peanut butter and jelly sandwich I wanted nothing to do with. 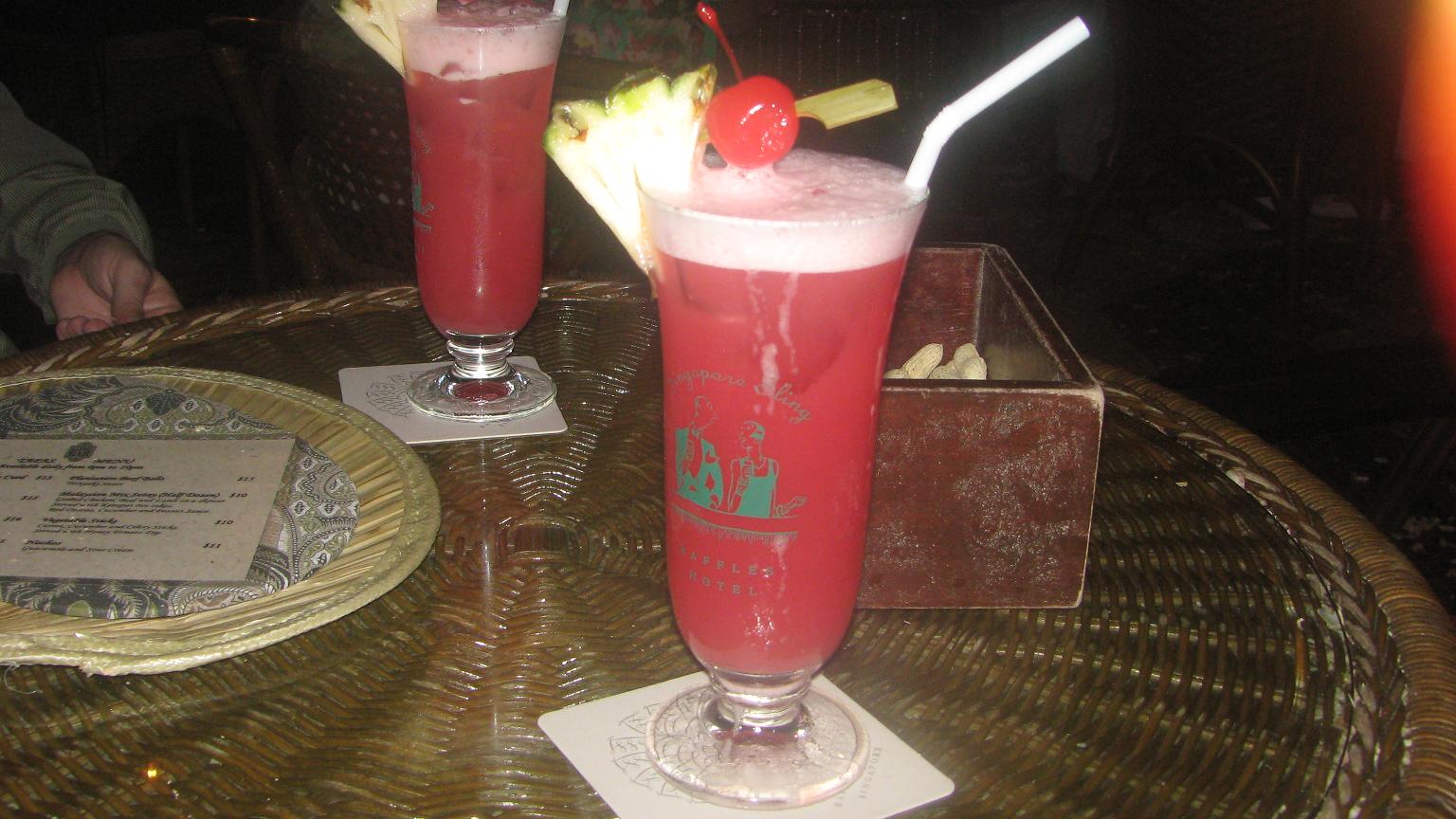 That is basically all I did today, I leave for Bali on Tuesday and am looking forward to it. Considering to book a ticket tonight back to Bangkok on the ~16th or so. I miss Bangkok and truth be told, if I wasn’t “this close” to Bali, I’d probably just skip it as I’m still kinda “beached out” from Thailand. Then again it’s snowing where I’m from so I’ll just be quiet.

I must say that my experiences on the MRT (subway) in Singapore have been mostly pleasant except for today. On the route to Raffles, it wreaked like body odor, and on the way home, some of the most fierce bad breath I’ve arguably smelt in my life. Check out SGCommute for more Singapore commuting stories.

In closing, I think I should start moving faster or make a base in Bangkok for a bit. I really haven’t covered much ground in the first ~80 days or so.

P.S – The photo below is the one my friend took, looks much more appetizing, yes?