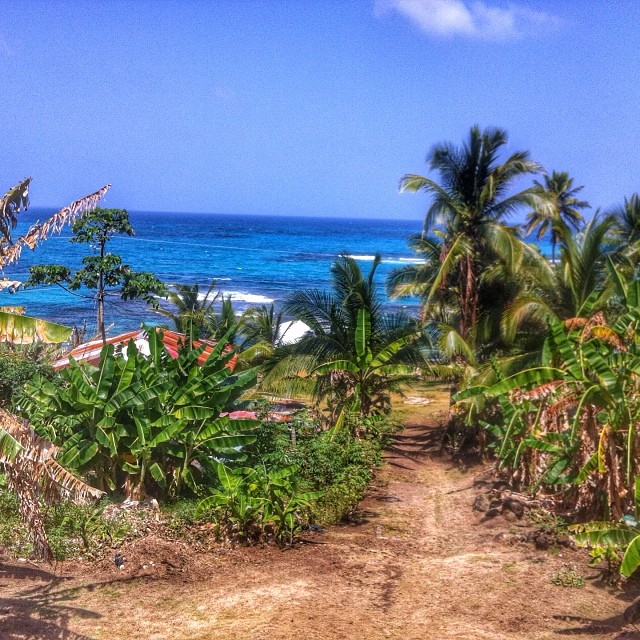 I’m writing this from Big Corn Island in my office aka a budget room with decent internet. I’m leaving this Caribbean dream soon and making a mission to Europe before heading to Africa and figured it was time to give the old veneers a cleaning. I’d rather have old raggy shirts with clean teeth then the opposite. I see people with the latest fashions while their teeth look like a dark pit of decay, what’s up with that?

If you’ve been following along for a while you’ll know I’m big on getting dental work done in foreign countries. I’ve had them cleaned several times in Nicaragua before but never in the Caribbean. Supposedly there are two dentists on Big Corn Island; one is a lady who has been here forever and another is a rather new(ish) gent who lives in Sally Peachy. The old faithful was gone so I decided to find the latest dentist and see what he was all about.

His name is Dr. Rivas and I found him in Sally Peachy. Like most things in this part of the world, there are no signs or anything. You just follow the instructions someone who you hope in the know tells you and go with it. I came across this yard, walked through into another and up the hill until I found a home which sure didn’t look like a dental office but who am I to judge? I had a ripped t-shirt on and old shorts looking homeless but am working on plans for building my home so who knows?

Right when you get to his house and look back you notice the view above; what a view it is. He told me he was busy but if I returned later that afternoon he’d be in his office and the price was C$200 which works out to $8US. I said sure and went on my way with the intent on returning; which I did. I arrived and there was a small waiting line so I just sat there lost in the view thinking how this was without a doubt the best waiting room I’d ever been in.

Next thing you know, it was my turn to go in. I had it easy as the gent before me had a tooth pulled and he looked like it went well but was definitely in pain. It has been a while since I’ve had an old fashion cleaning where the dentist scrapes more than anything. I thought I was in for it but it was as gentle as can be and I left with a shiny new grill for only $8. Remember, first thing you do is ask them about their sterilization techniques and once that is satisfied; enjoy the treatment.

Also, if you’re traveling don’t discount a dentist just because they’re in another country; good work is good work.