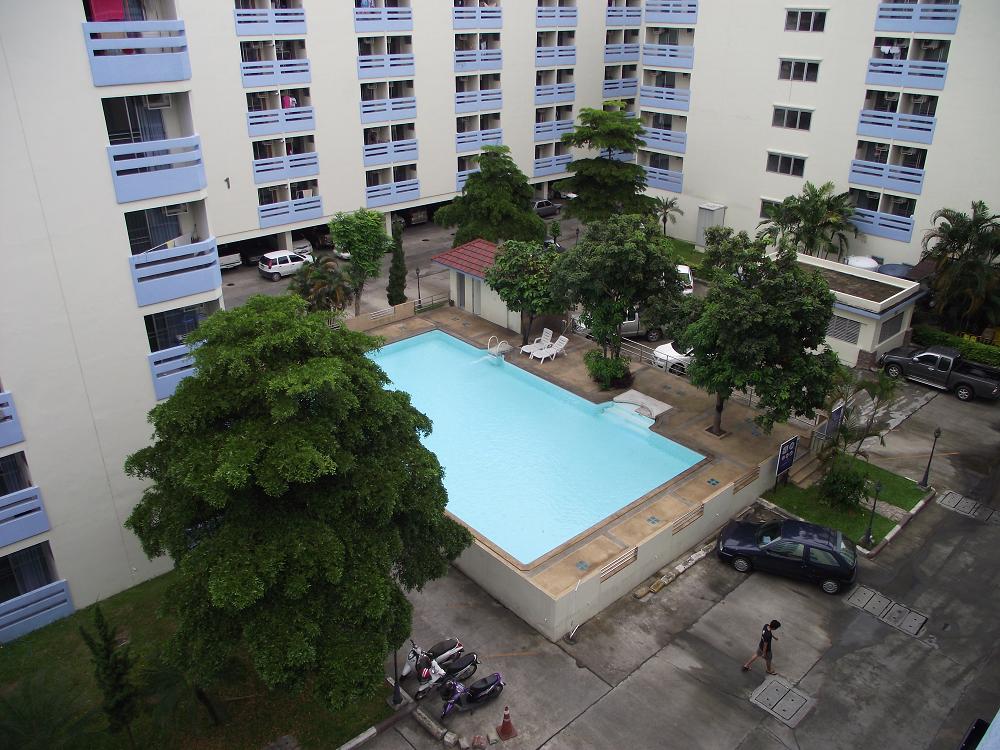 I type this wearing a pair of slippers and silk boxers in my new apartment in West, Chiang, Mai, Thailand. I think it’s west but I have no clue. Yesterday I had a little look around with my friend from Australia and stumbled upon a nice little place, indeed. It’s basically a big hotel room with internet, hot shower, balcony over looking a court yard that contains a pool, good sized bed, computer desk and a large wardrobe with massive mirrors. The cost? 5,000 baht aka $162.16. Do you realize that is less than my BS “condo fees” in my old home? It was a condo townhouse type get up. It’s humble but I don’t need anymore, in fact, it has more than I need. 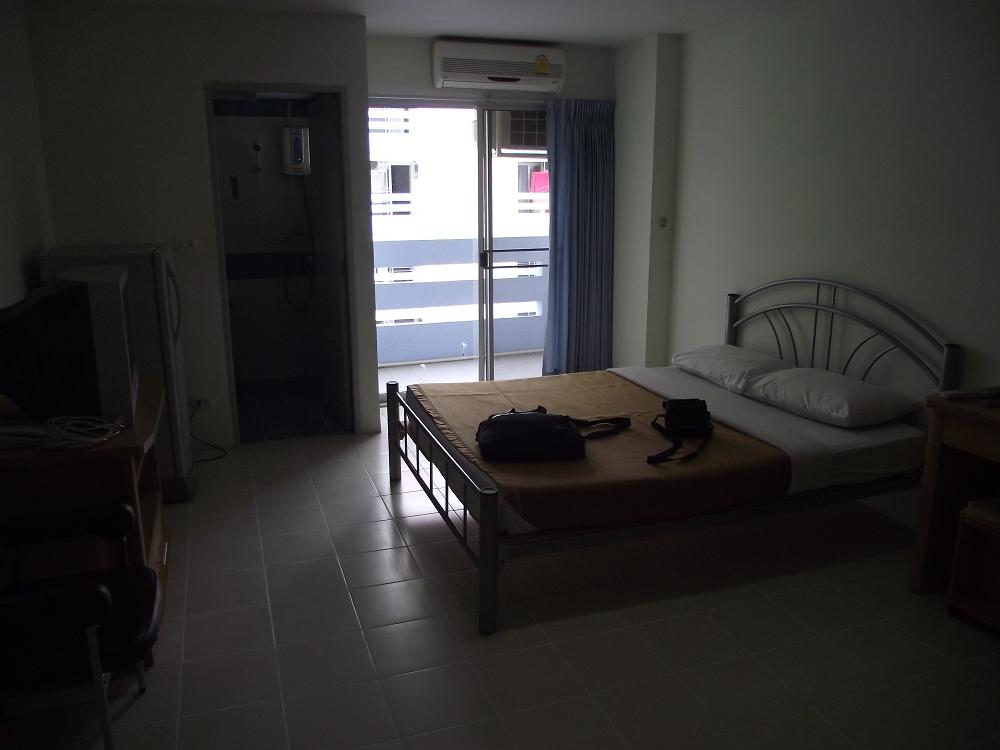 I paid an extra 500 for internet (get to that later) and I am also responsible for electricity and water, both rather cheap. Therefor I put down 10,300b and at the end of the month, I get back what the difference is after the utils are paid. Also, get this, they leased it to me from Sept 10th to October 10th, awesome. If you do 3 month lease, it is 3,500 a month. They had a bigger room for 6,500 a month but I could not tell the difference.  Asia is bomb for the digital type. 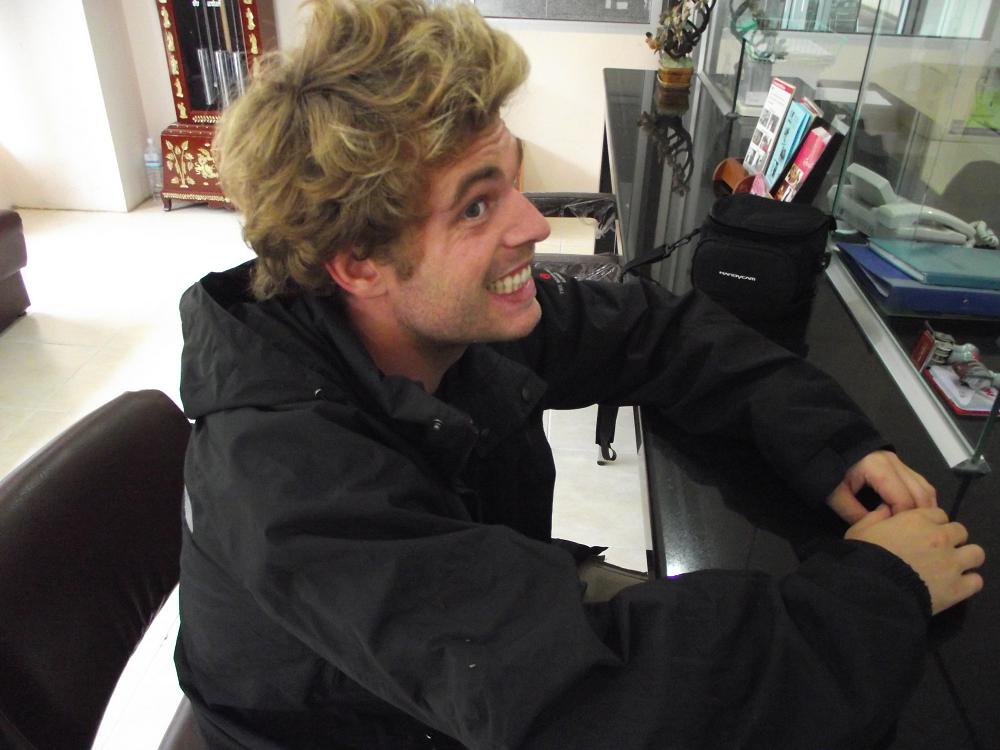 Everything is great about this place to be frank, really happy to have my own space. There is a massive mall next door that has a sick food court. Picture a food court back home in appearance that has Thai food. The price? Marginally more than on the street aka 25 on street is 35 here. It even has boiling water next to the utensils to sterilize them before eating and a crew of old dudes who remind me of my grandpa. Hopefully I can join that crew someday and share “road stories” or whatever the heck they talk about. Lady below is the friendly front desk lady. 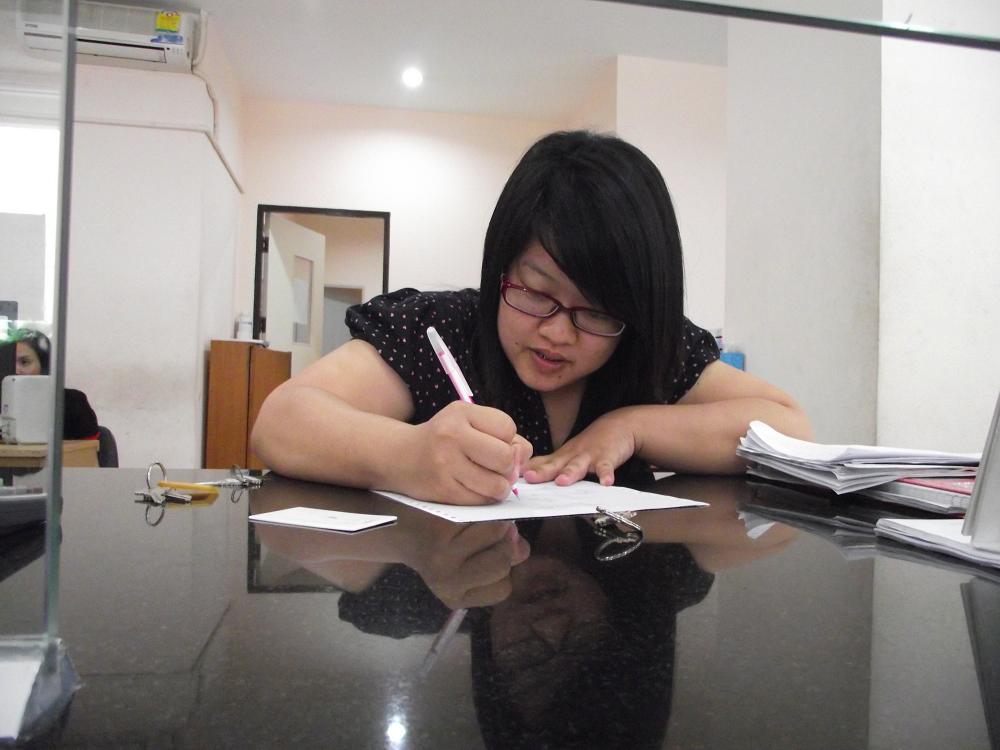 All was great until I logged into the internet, it was slow, slower than your mobile slow. After some pacing and a minor freak out, I went downstairs saying I can’t stay here. At that time she said oh for 200 baht more, you can get high speed… Huh? Normal internet is 300 baht a month, it’s 500 for high speed. It was so slow I could not even connect to my brokerage account or login to my sites via ftp, suffice to say, all is well. If you are net dependent, how bout you check connection speeds before the pool temp, yes? 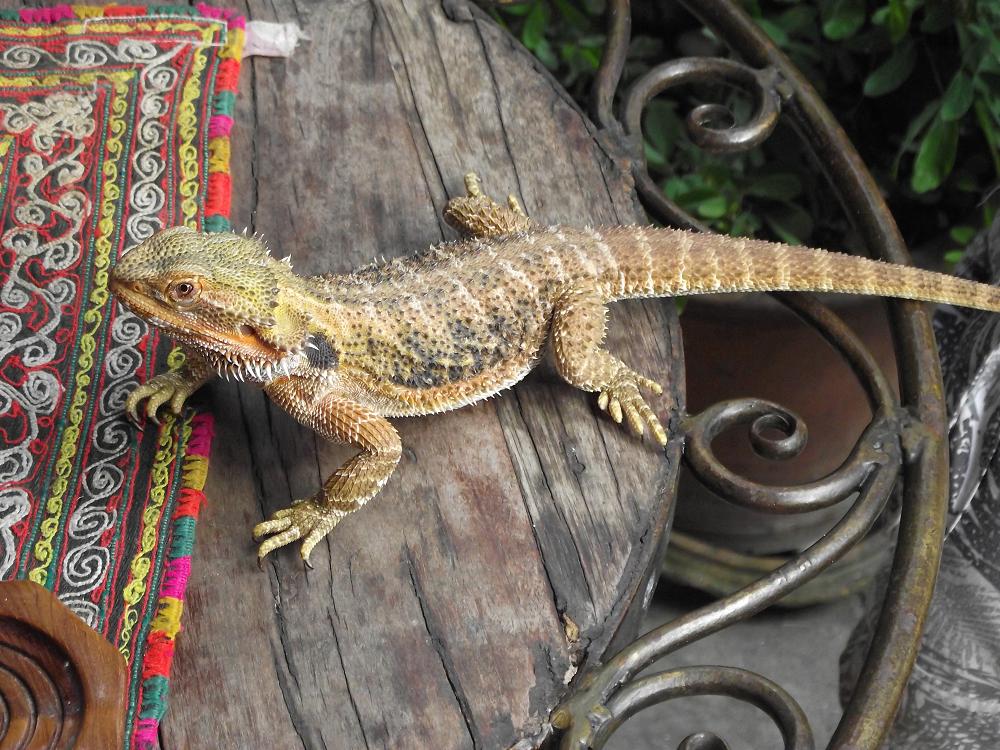 Yesterday was fun, after the apartment deal headed for dinner with my friend. The place opened in 30 minutes so we had a drink next door, then some old guy bought us a drink, then had another, fun people. Eat spaghetti for dinner at some Mediterranean place, it was “ok” but not worth the 140 baht. I think I’ll exclusively eat Thai food from here in unless I go to the “Amazing Sandwich” across the street. That said, been eating too many sandwiches lately while my VXX position has been crushing my skull in a medieval vice. 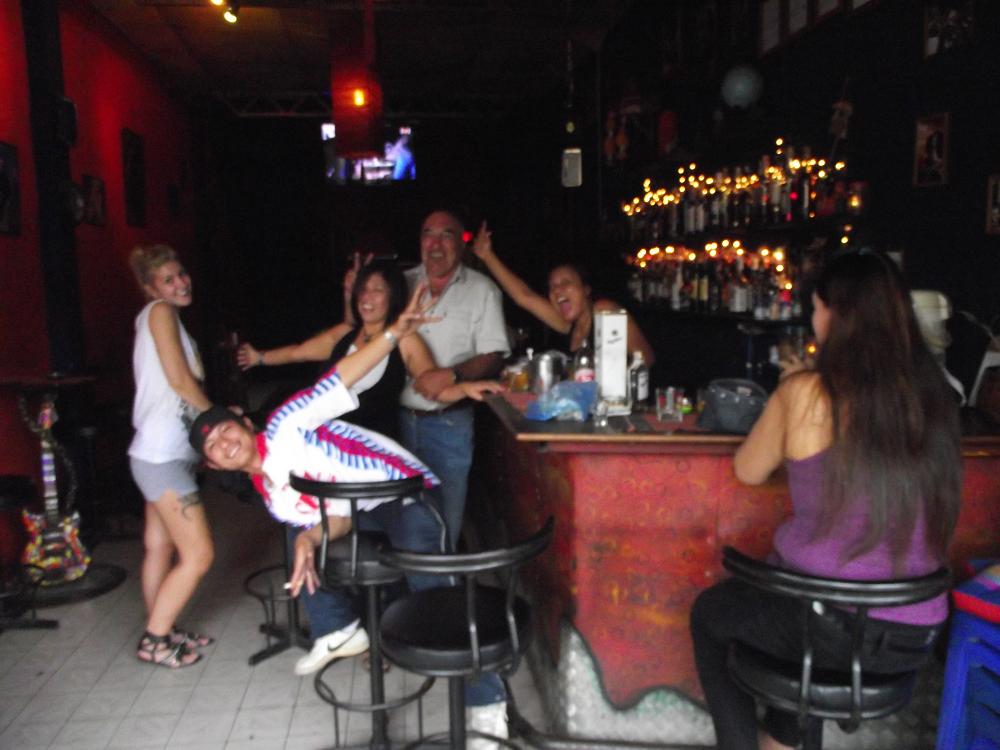 Turns out this Reggae bar was having free drinks until 11 for regular customers, considering I went in with regulars, drank for free. Almost left after 1 when this German lady caught my eye, she teaches English and is here with her boyfriend, shakes head. The bar was alright but it was mainly filled with random hippy back-packers, on that note, starting to look like a hippy, as a result, getting a hair cut, asap. 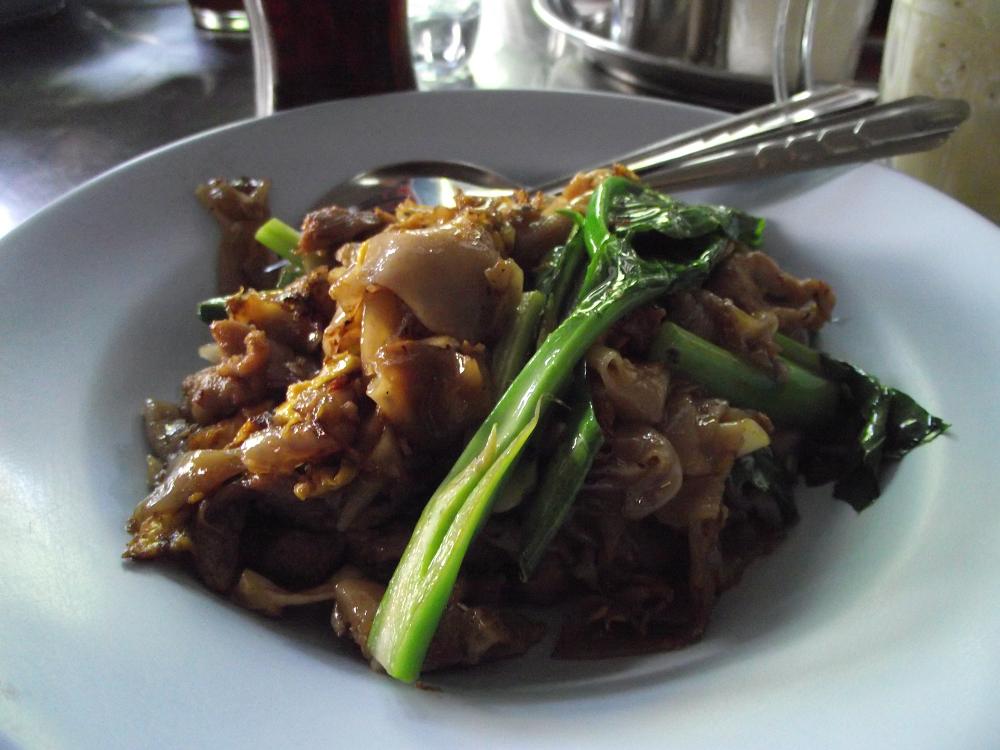 Going to Europe was great, why? After being in so many world class clubs in my opinion, if the music sucks, I know it and want nothing to do with it. They even played “Tonight is going to be a good night”, vomit. As a result, no real temptation to go out, also I am not far removed from the whole “scene” of people drinking in a guest house saying, hey, coming out tonight? 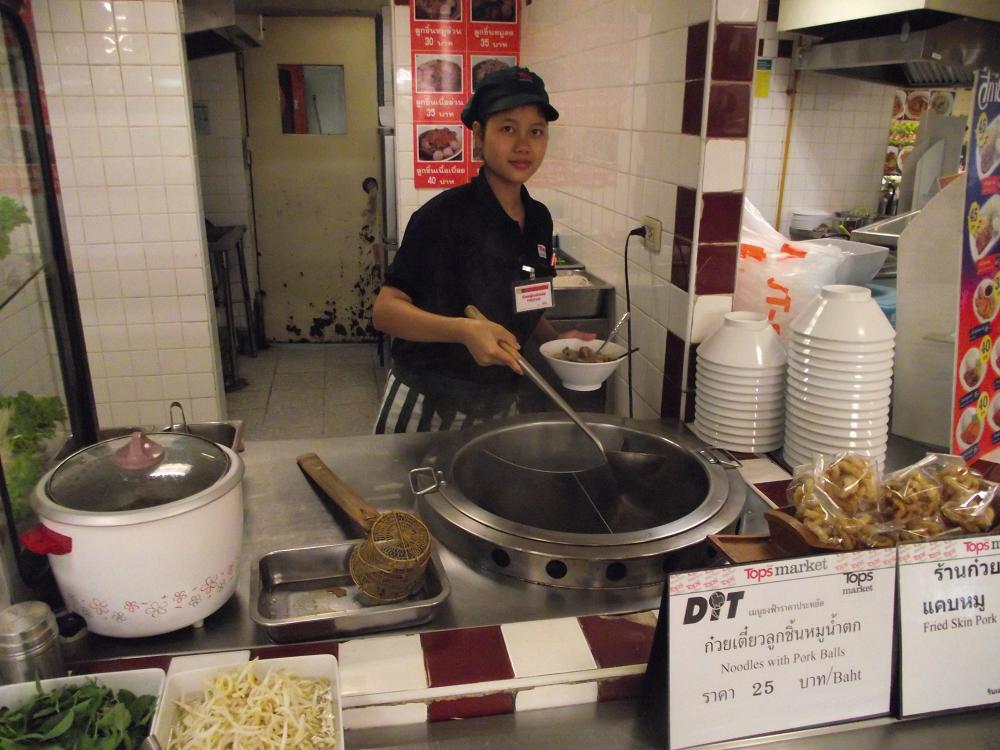 My old guest house was right behind “Spicy”. Spicy is the name for the after hours club in like every Thai city. On my way home last night I had to go check it out just to see, more like a pick up place for brave foreigners with few brains.  Seemed like a great place to go disease shopping, apart from that, just random “couples for the night” travelers who for whatever reason aren’t into each other enough to just go home already. The music from that place is so loud and goes until like 6. 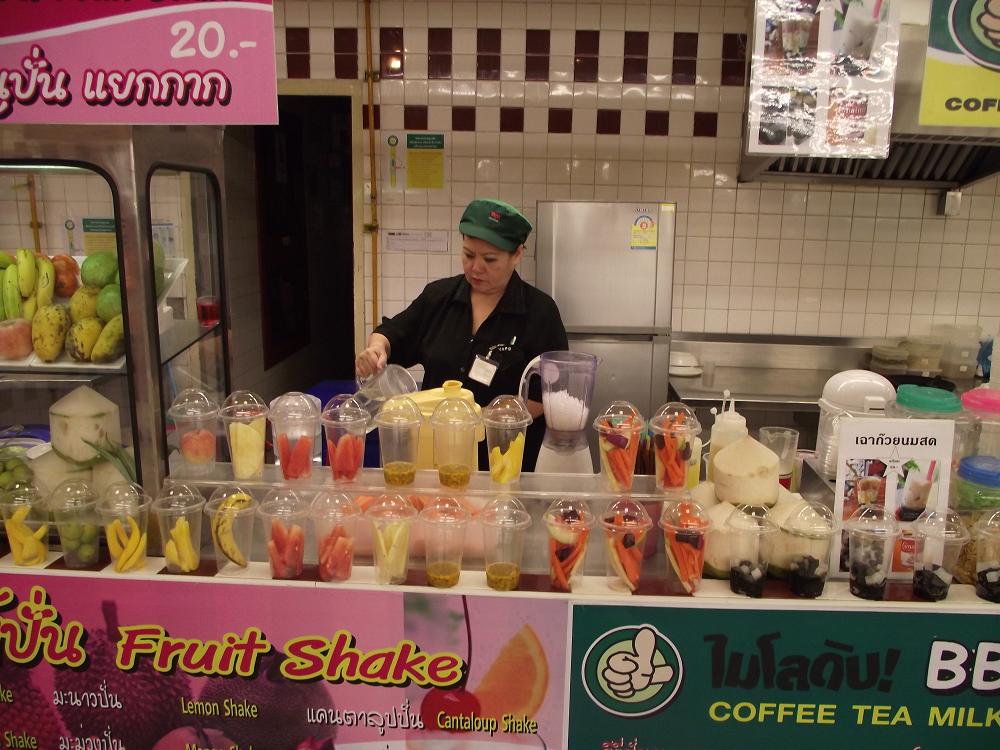 I am going to start processing the video of drinking King Cobra blood and eating it’s heart while still beating in the Mekong Delta, Vietnam. That should be a good video, I do believe. Lots of content coming, I think a daily blog about living here would be boring as it will be I eat this random, met this random, got sick… That said, who knows what will go down, who knows if I’ll even process a video, haha. 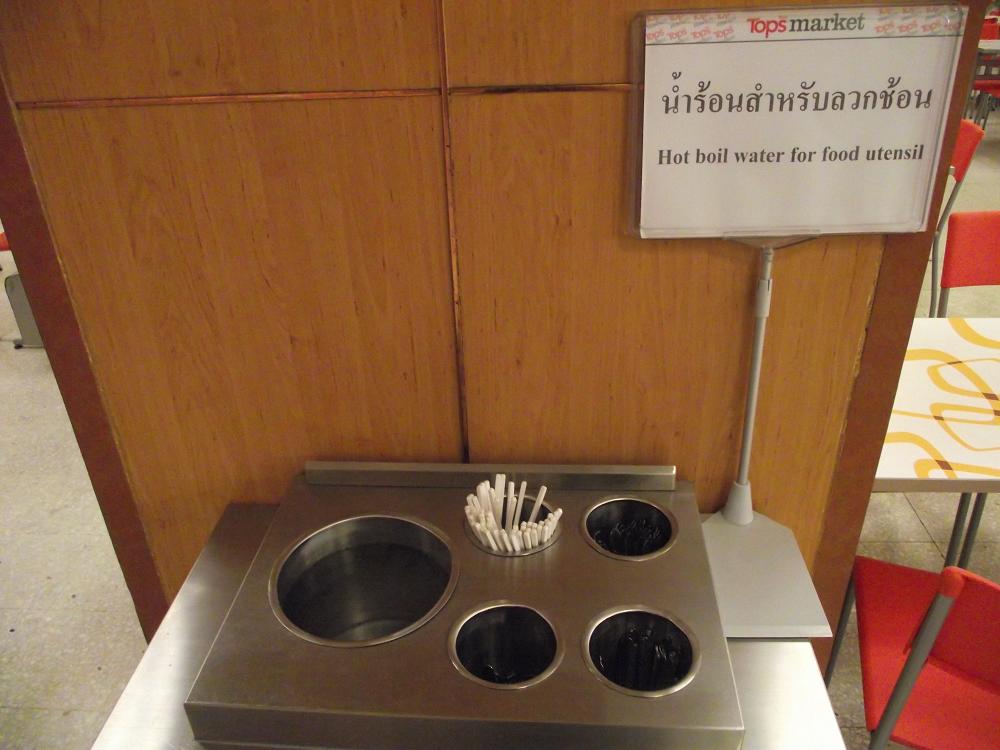 It took a year but finally living the foggy vision I had before I left. The vision was renting a crib somewhere and just doing some web work aka outsourcing and chatting on IM. Did some tweaks yesterday to a site and have already noticed an increase in my adsense revenue, indeed. Also found out that my flagship site got over 100,000 uniques last month, 250,000+ visitors and 785,000+ pages… Devised an advertising plan for it, now talking with coders. Would you believe I bought it in 2007 and it had like 6,900 uniques… 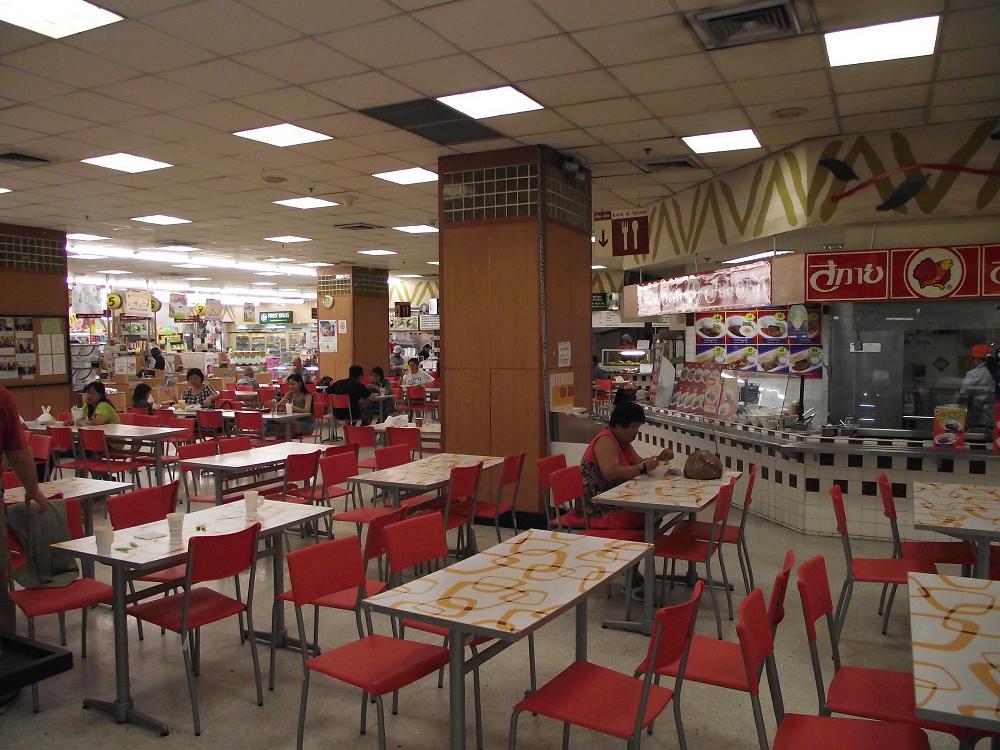 Money has always been made in property, web properties are much easier to take care of, yes? I want more property and know where to find it. So you know, this journey would have been possible had it had not been for web investments. I heard somewhere that property is the number source of wealth for the majority of millionaires, not everyone can start Google but anyone can buy a piece of property and trade up over time… 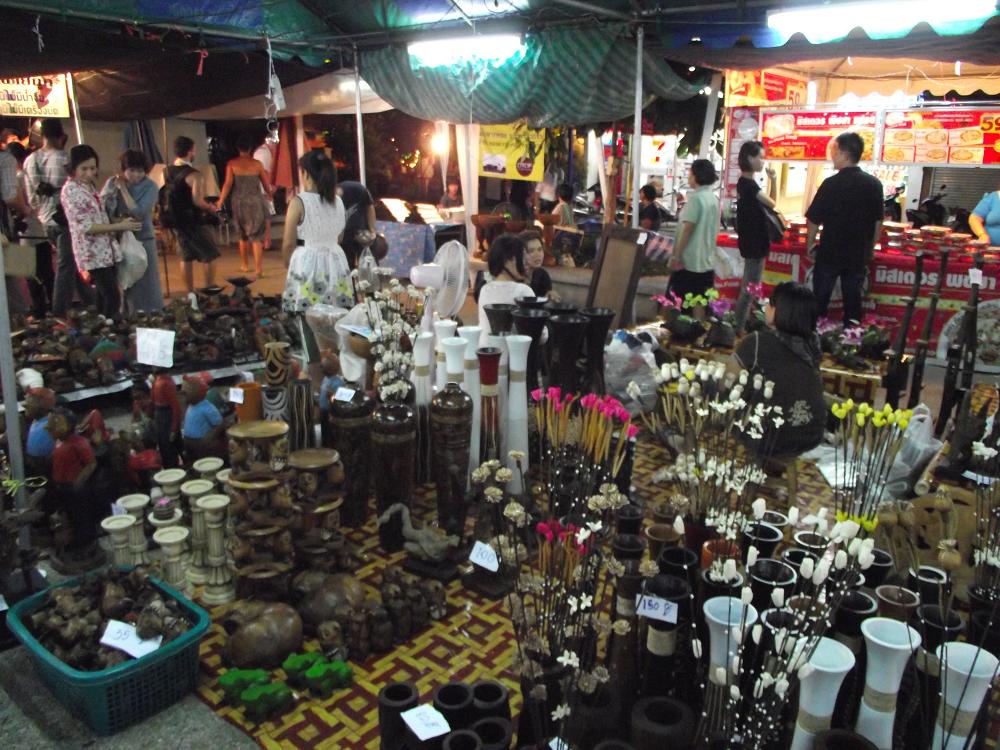 I really like it here, considering volunteering at a University for 4 hours a week in exchange for a 1 year cultural visa or something of that nature. If that goes through, I’ll perhaps also volunteer somewhere else like 4 hours a week just for something to do and help “give back”, whatever that means. Personally, you see lots of people traveling to volunteer. It’s really volunteering to travel. If you really want to make a difference … “Charity starts at home” or so I was taught. That said, if you volunteer after a natural disaster or something, totally different story. 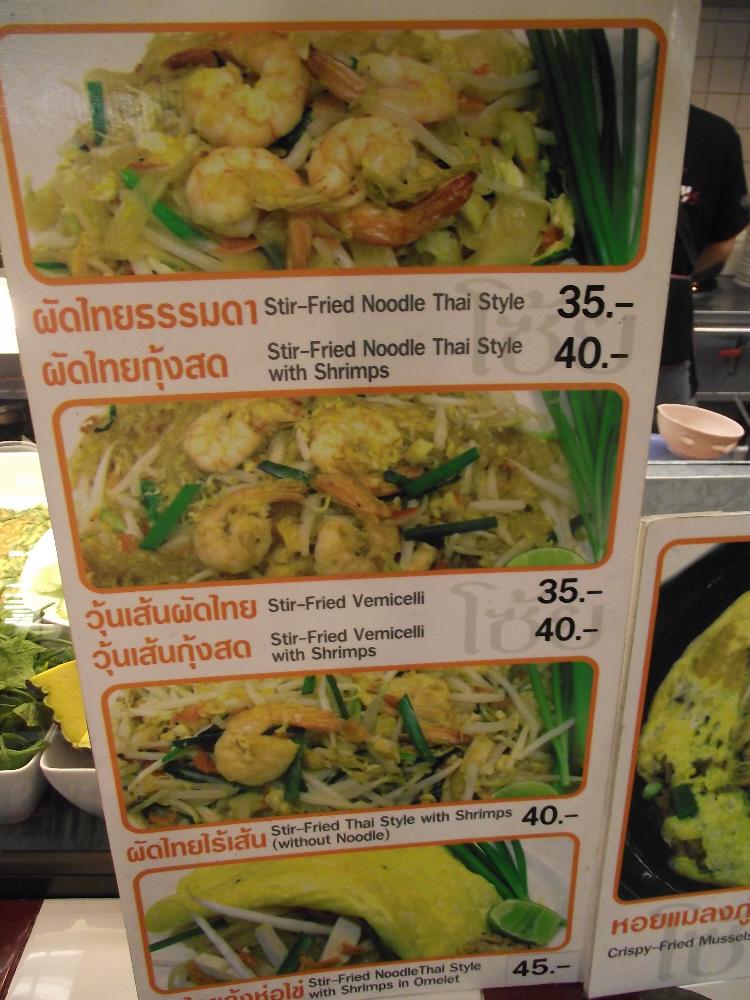 Did you know that in Sweden like 50% of the ladies have blogs, mainly personal blogs. When I was there and they asked what I was up to, they were actually interested and showed me their blog, other parts of the world, blog is still a random term associated with acne ridden dudes who exclusively talk about the latest crappy gadget you NEVER KNEW YOU NEEDED!! I just thought I would share that most interesting fact with you, the blogosphere at large. 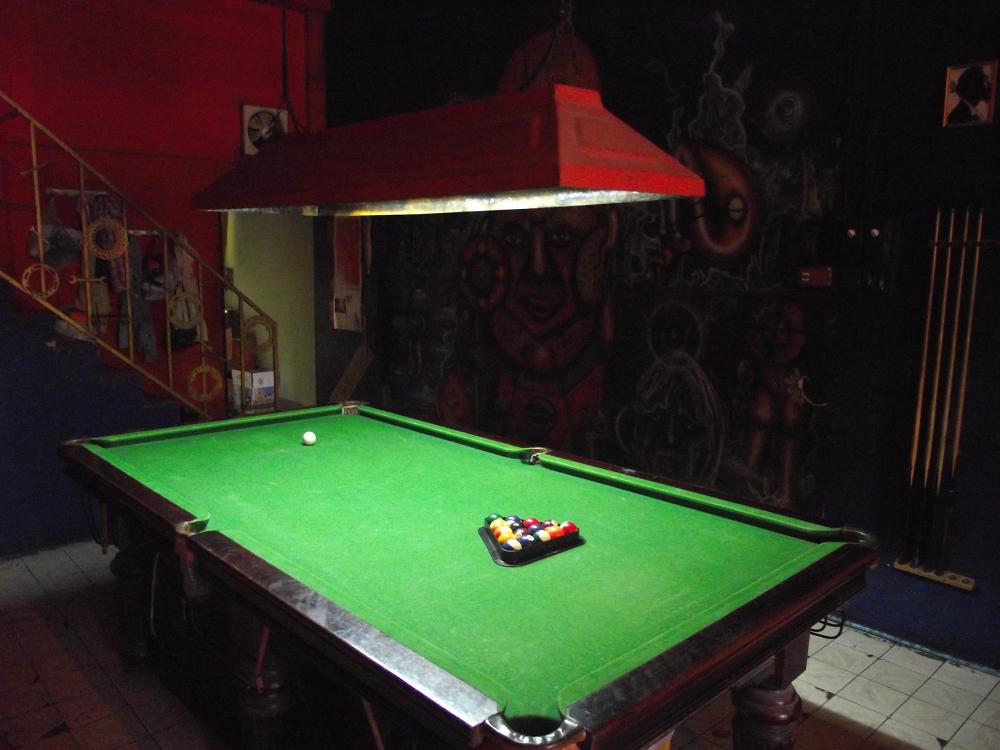 One thing I will note, if you rent a place in a decent part of town, lots of expensive restaurants around, you can tell I’m back in Asia when I call $3US for a full English breakfast expensive. The reality is, compared to other places, it is. I can eat 2 full meals with a drink of my choice for the price of that English breakfast and it will be delicious Thai food. They mainly cater to retirees and hipsters, something I’m neither. I’d like to be that 85 year old dude who still has business on the go, if you’re a business man, it’s fun, it’s not work. 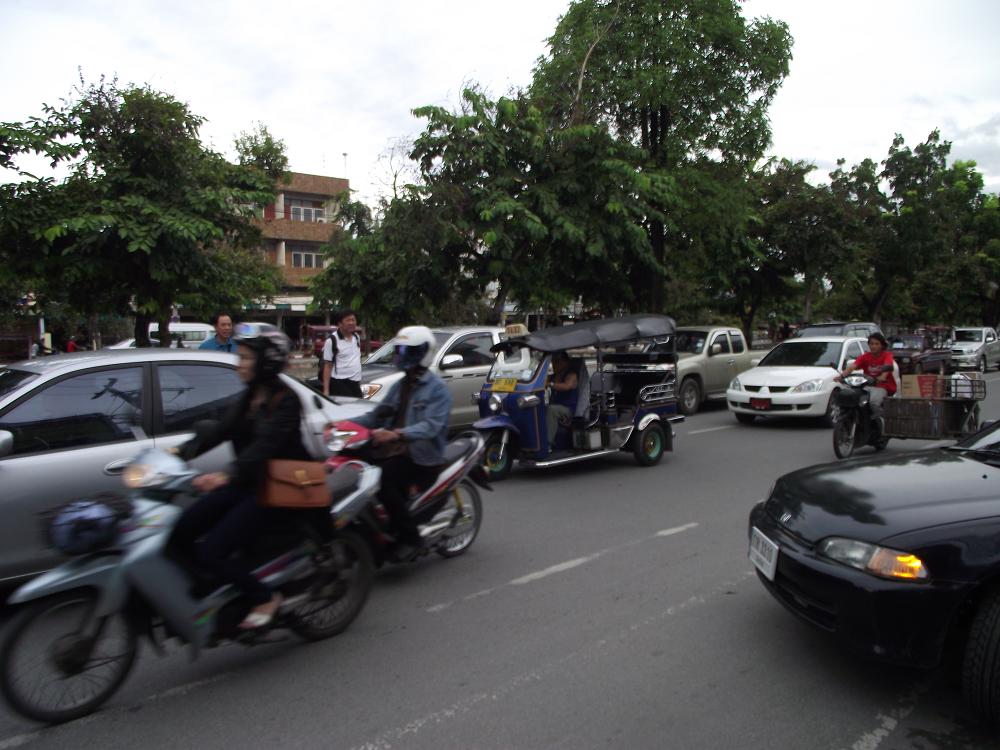 Lots to do but for now, I will enjoy just crashing on the bed and watching Euro Sport or Lions eating Zebras or whatnot with the A/C turned to a comfortable 26 degrees, anything under 22.2 degrees and it’s jacket time, as you can see by the photo from yesterday, it was like 21 degrees. Where was I? The phone just rang, the nice lady from the front was calling to make sure everything was cool with the internet. Oh yeah, this place also has security which I am fond of despite never really feeling uncomfortable in Asia. 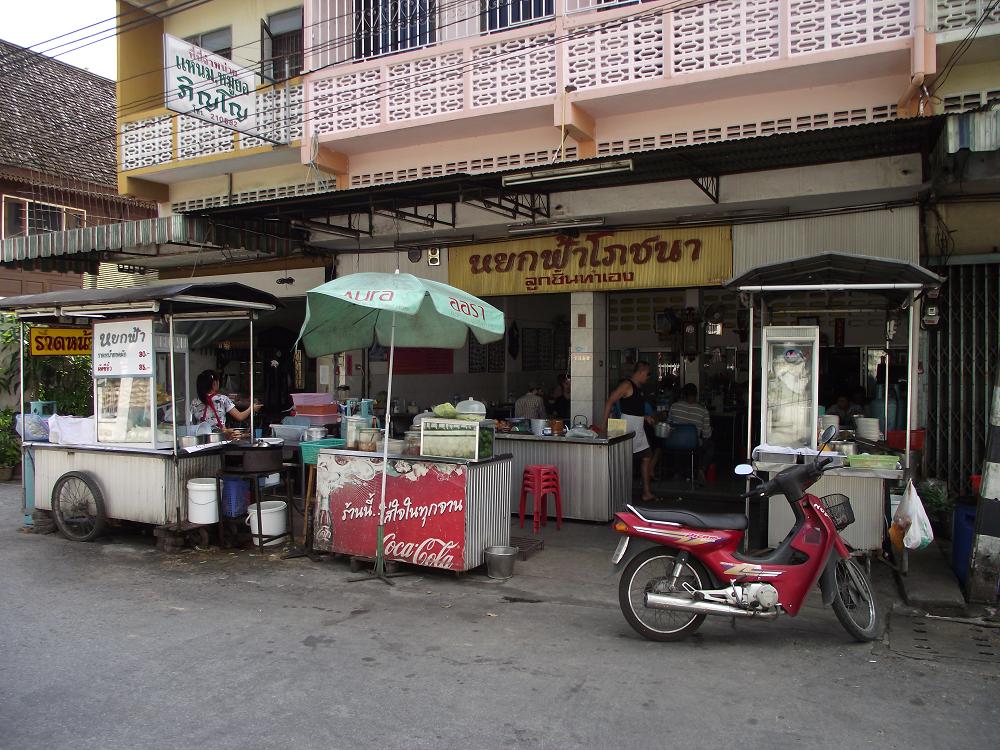 Also a small mini mart in the complex and the security guards are cash, also met a new tuk tuk driver, he has a bit of a nervous tick or twitch but for all I know I might have one, so no judging. Then again not an optimal combination for your “hired driver”. Everyone drives scooters but considering my head injury and egregious nature, I’ll stick to being driven places, makes more sense, I do believe? Oh ya, massages around here are $5US, what!? 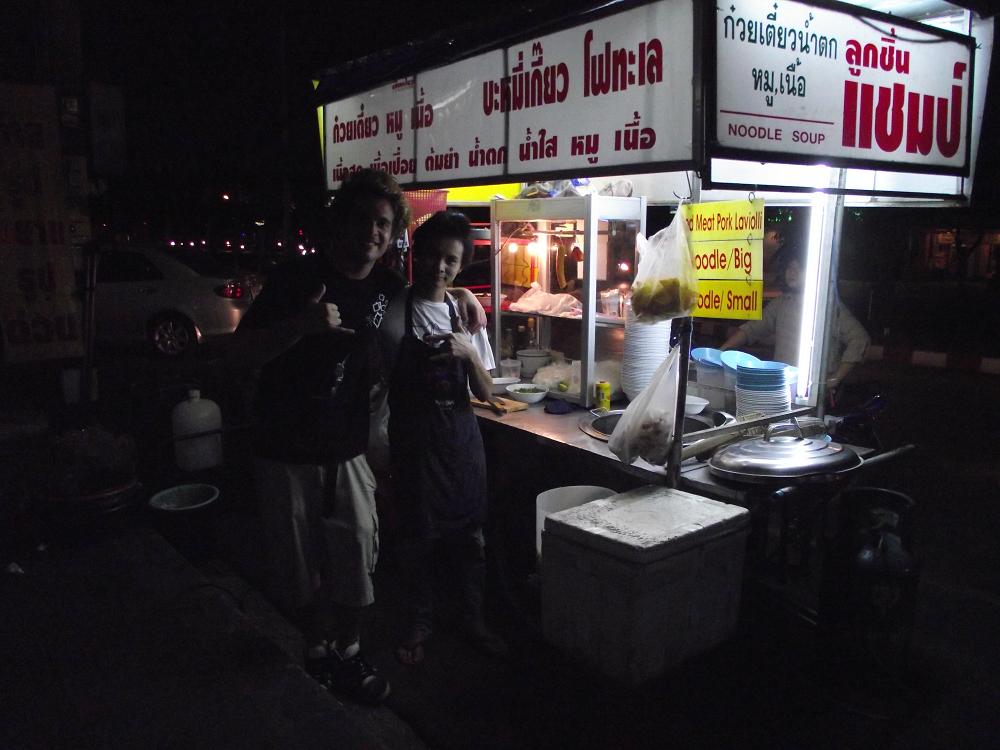 P.S: Met some people on my floor, a guy living here 30 years from Florida, one living 22 years in Thailand from California and a Japanese girl who just checked into today, awesome.