Adopting an African Penguin at SAMREC in South Africa

The last two weeks have been insanely busy and I’m just starting to catch my breath now. I want to take this time to talk to you about a meaningful experience I had in Port Elizabeth, South Africa. There is a place called the South African Marine Rehabilitation and Education Centre (SAMREC) and it’s a non-profit dedicated to helping injured and sick African Penguins. 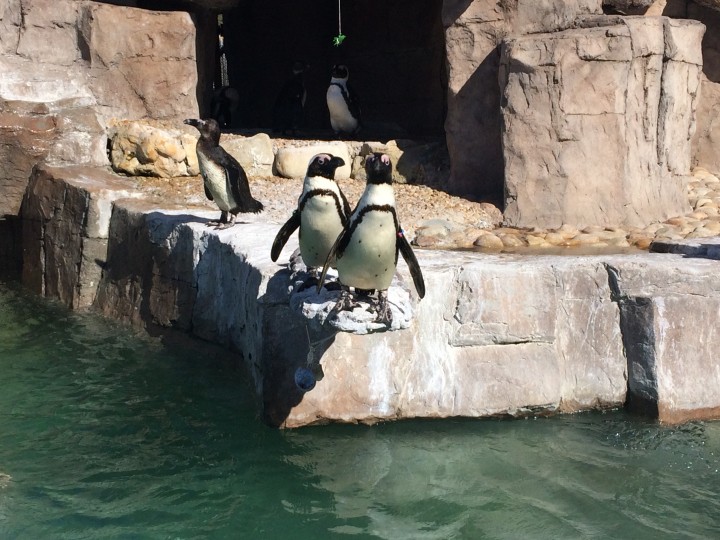 First, this was my favorite of the many things to do in Port Elizabeth. Sadly, these cute little guys have become endangered due to circumstances beyond their control and SAMREC is doing what it can to help them out. Besides helping rehabilitate penguins, it’s also educating the public about their plight. SAMREC was founded in 2000 and in 2009 due to a grant moved its location to Cape Recife Nature Reserve. The facilities have everything needed to help sick and injured penguins but it’s what’s happening outside the walls of the reserve which is where the problem stems. Cold currents where the penguins feed are moving further out from shore which makes them have to swim up to 60km to get food to feed their chicks; by the time they get back lots of it has started digesting and is unusable to feed their young. If a bad oil spill were to happen, it has the capacity to host up to 2000 birds but would be a devastating blow. To make matters worse, penguin eggs were a specialty for quite some time further depleting their numbers. When it comes to breeding, they used to nest in guano which could often be found lining the coasts and up to a meter deep. It became popular fertilizer that fetched a good price on the market and as a result is rather scarce. As a result, the penguins are digging small holes in the sand or finding spots under brush etc… At the turn of the century it was estimated there were 200,000 penguins and by 2010, it was only ~55,000. If this trend continues they could very well be extinct within a matter of years. It looks grim but SAMREC is doing what it can and that’s why I decided to adopt one of the penguins. The cost is 1500R and it basically covers room and board for the little guy for six months and helps pay the costs of running such a facility. I adopted the local troublemaker named “Jay” as he is one of the penguins that will be living there for the rest of his life. He came in sick and each time they release him, he found his way back. I guess he realizes a good thing when he’s found it, yes? You can click here if the idea of adopting a penguin interests you. If you’re in Port Elizabeth, I recommend taking the trip to SAMREC. Obviously the highlight was seeing the penguins but the rest of the building was really educational and lots of school trips come through or tourists looking for something a little different. I’ll be keeping tabs on what’s happening with these penguins and was completely unaware that they were endangered. I first visited South Africa in 2012 and remember how cool it was to see these penguins in their natural habitat; hopefully they can pull through as losing them would be truly tragic. This  post is from a campaign brought to you by the South African Tourism Office and is supported and managed by iambassador. Stop Having a Boring Life maintains full editorial control of the content published on this site as always.

P.S: My penguin Jay is second on the diving board.