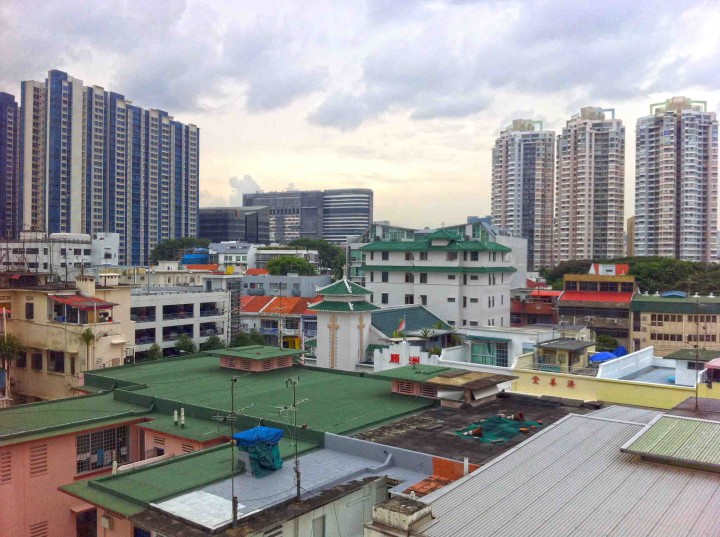 The time is 2:56am and I should be sleeping. As it happens I’m in Singapore and only until Friday, go figure? I’ve just sent over my passport info for the flight so basically I’m bouncing soon or becoming an identity theft horror story, we shall see. Suffice to say, due to my short stay I’m exploring the short term apartment rental scene here in Singapore. It’s big around the world but for some reason I’ve never stayed in one before and now that I have, can’t help but wonder why I haven’t… 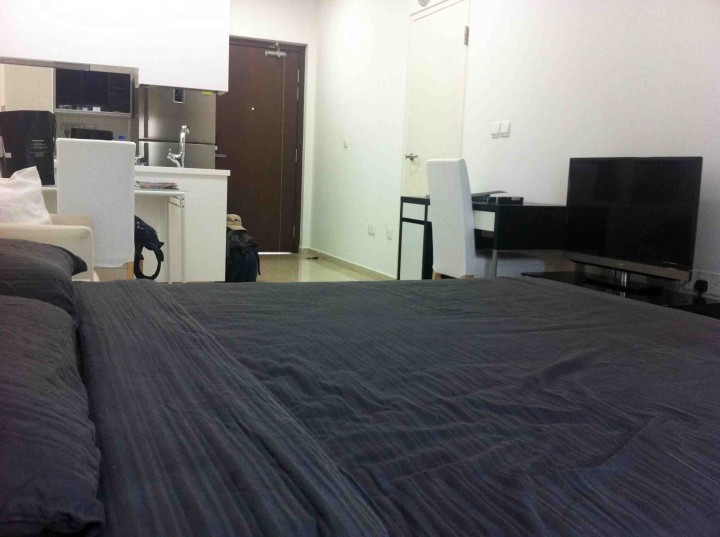 After I booked my flight serendipity started taking force and through the powers of social media I became connected with the fine people from PandaBed who have set me up with this apartment in an area I believe is called Lavender. All I know is that I’m right next to / in Little India and everything I need is a stones through away. I’m on the other side of the planet but I feel like I’m home in a perfectly suited apartment for my needs. 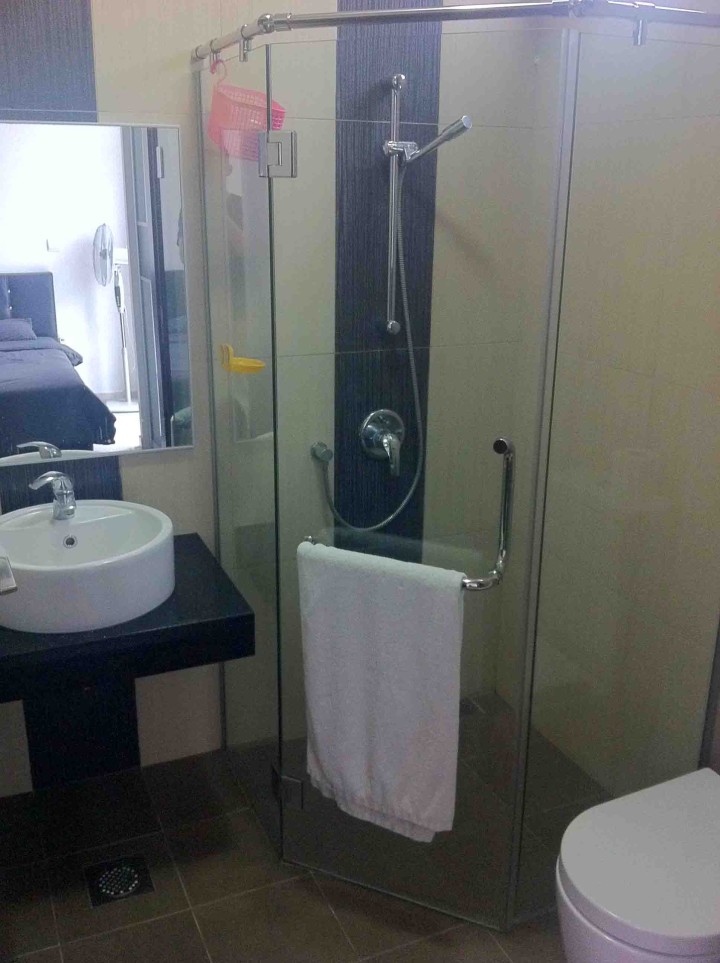 The price point is precisely between a hotel and a guesthouse which is kinda where I’m at now. I’m down for staying anywhere from castles to cashew tree forts and I’ll most certainly be looking into this type of thing in the future. Chances are I’ll only eat out but if I was with a group the savings would add up by splitting the rent a few ways and having a fridge, stove and washing machine which could come in handy were I one who is more domestically inclined… 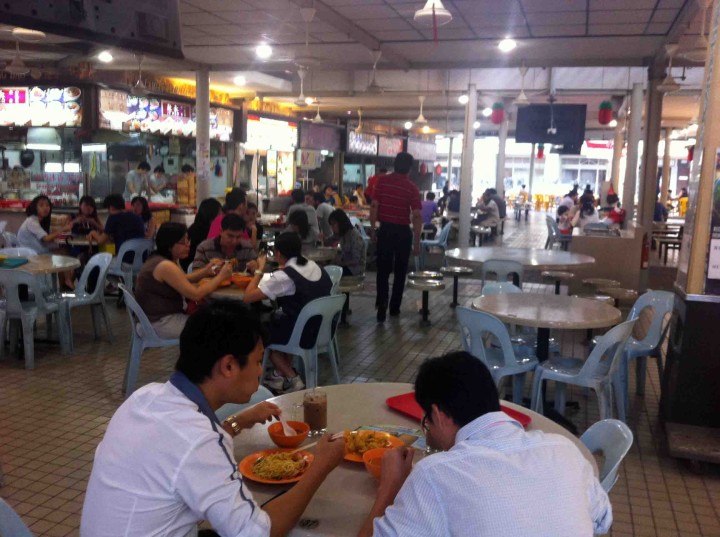 So shortly after checking into my apartment I met up with some new friends and headed to Lavender Food Court. This place is privatized but that’s irrelevant. The Singapore government has 90 licensed hawker centers which are basically food courts that are clean, delicious and insanely cheap. Even the private ones like Lavender are still cheap or they couldn’t compete, yes? 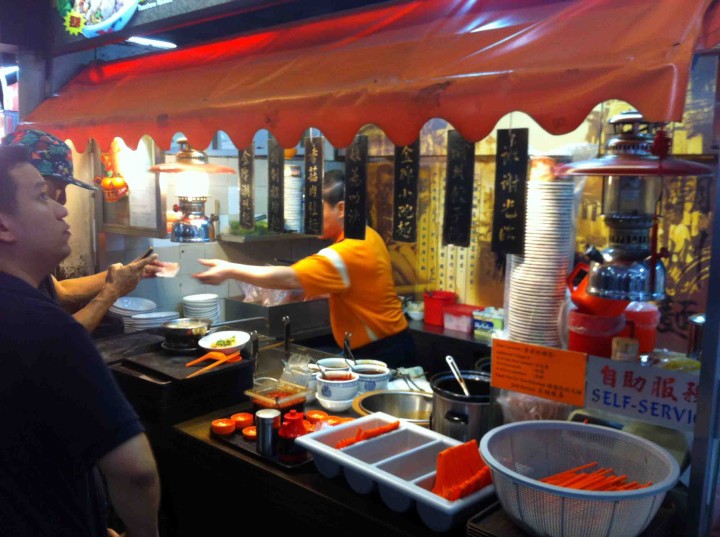 I sampled some Laksa which is a traditional dish. Don’t ask me what’s in it as I have no clue except it was spicy and I like spicy. My friend ordered the mushroom minced meat noodles and it was also taste. Something I also was quite keen of is the fact that you could have a beer in the food court. The entire meal came to roughly $5.28 for the both of us, mental. So far I’ve gathered that food and data plans are cheap while rent and drinking are expensive; I can live with that. 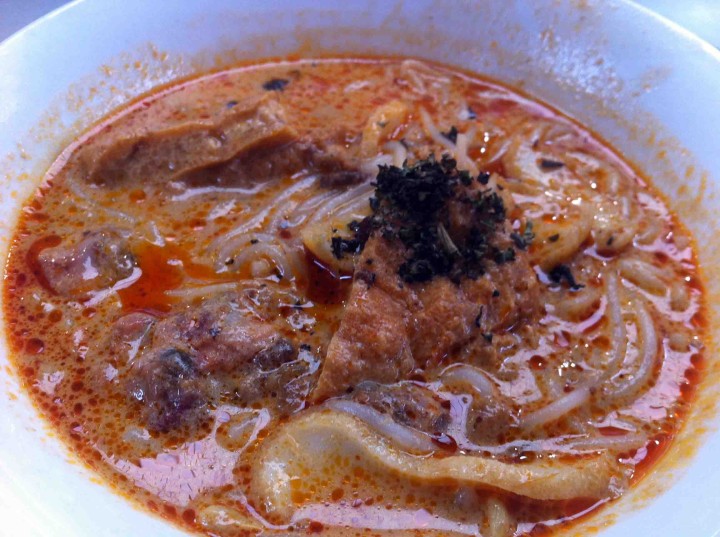 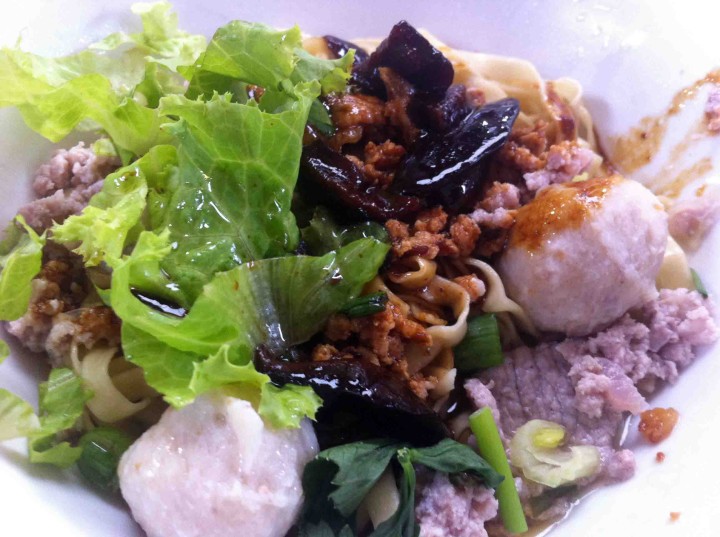 Supposedly there are some 24 hour malls in the area so I may just go for a stroll in the next few minutes. You know, do stuff people do at 3am like eat some curry and search for a sim card. Considering I don’t have the tickets for my next adventure in my hands yet, I won’t say anymore but it should be for 10 days which is a nice break that involves sand, beaches and a fashion show?! 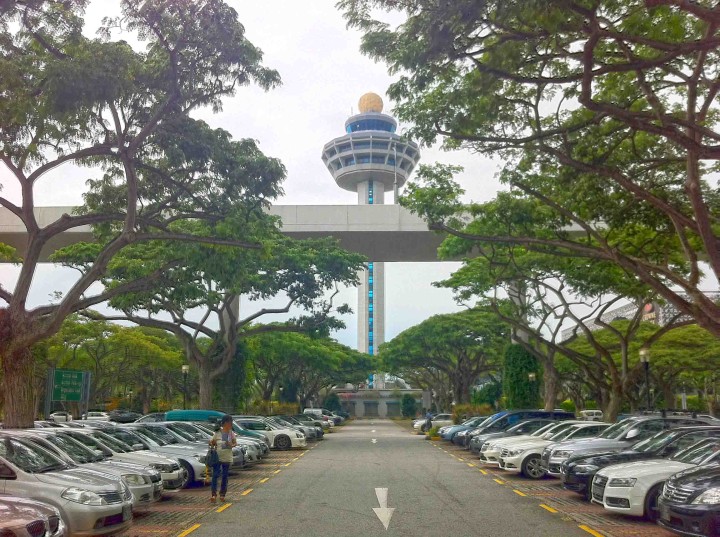 The next few days are going to be jam packed so I’ll have plenty of photos and stories from around the area. I’ll be meeting with a host of interesting and distinguished individuals from far and wide in fields related to mine which is cool. They say whatever floats your boat and it’s true; what floats mine is connecting with like-minded individuals and if I had to choose a “feelings status” to this bloggery it would be buoyant.

I’d go on but I can feel my stomach growling, time to hit the streets in search of something to eat.

In closing, big thanks to the fine people from PandaBed for the short term apartment rental; it’s appreciated!

P.S: Top shot is from my apartment window and bottom is walking out of arrivals at Singapore Airport.