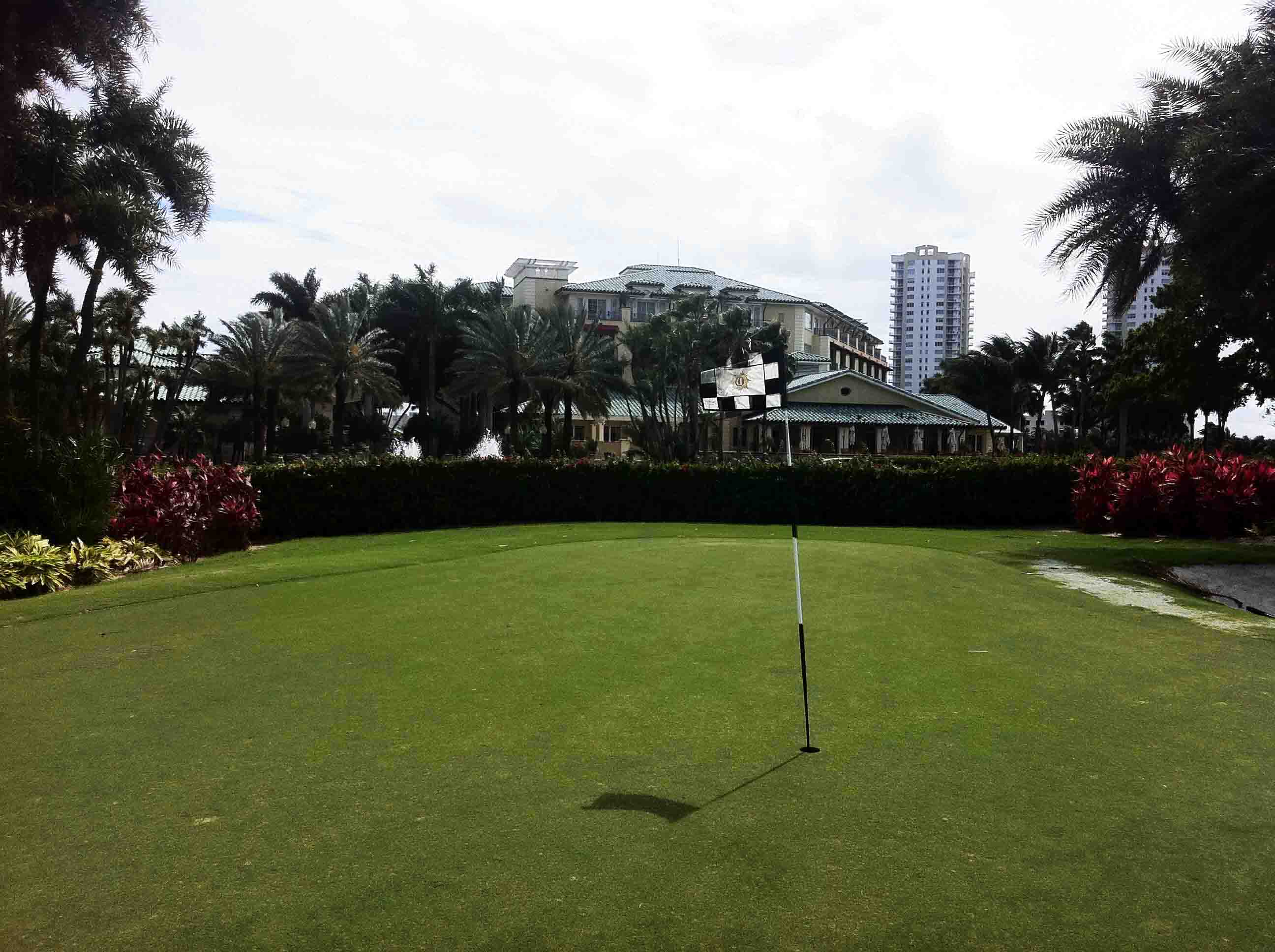 Had the distinct pleasure of playing a round of golf today at the Westin Diplomat Resort & Spa today in Hollywood, Florida, USA. The day started out different and the round was most certainly no different. Sources told me it would take twenty minutes to get to the golf course, they were incorrect. An hour before the round began I was in the hotel lobby and called a cab, it took forever. Told the bell hops where I was going and they laughed saying it took roughly 30-40 minutes and there was NO WAY I was going to make my tee time… 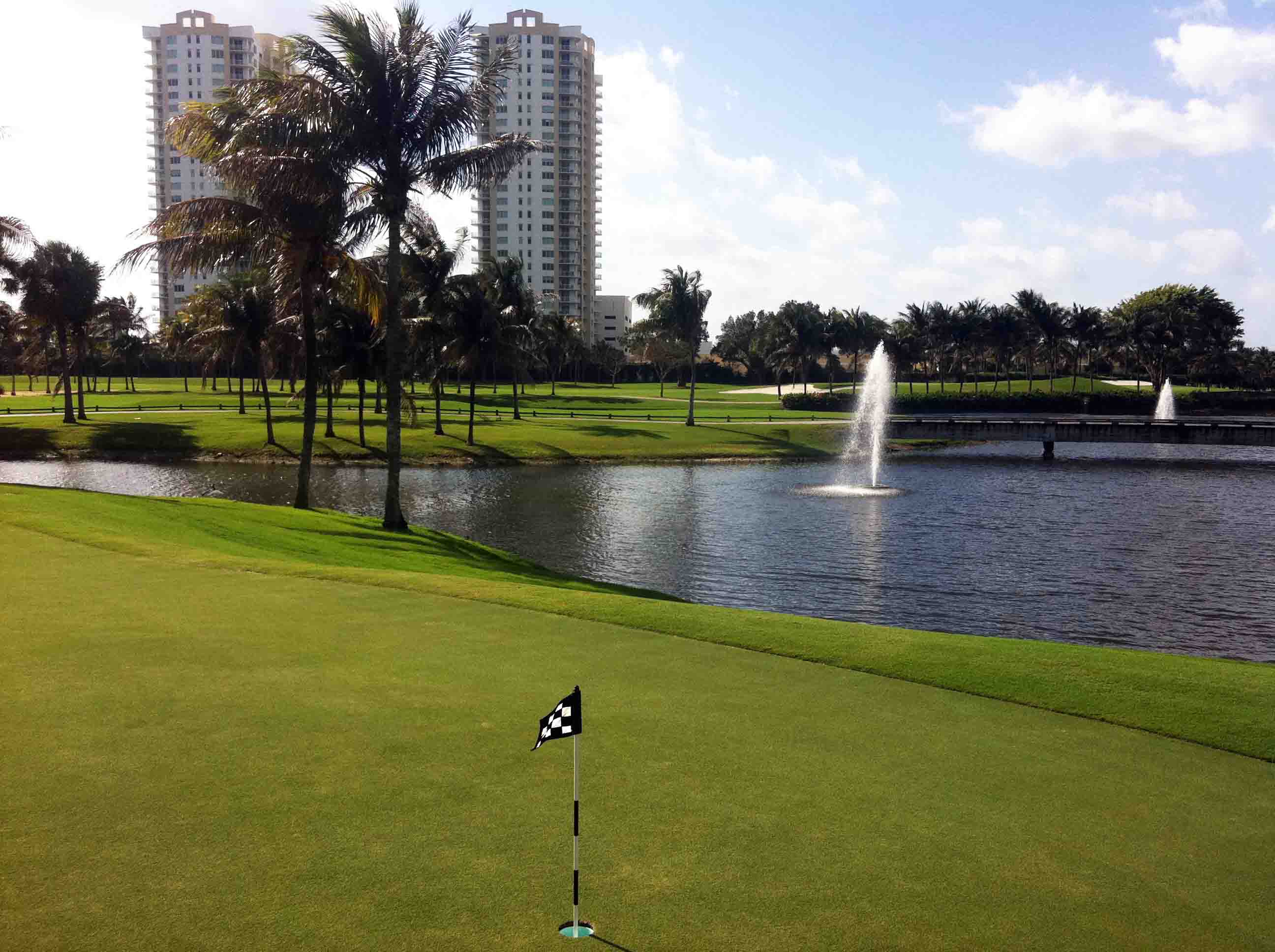 In a moment of madness, I walked over to a gentleman getting into his car and said “I’ll give you $30 to drive me to the Westin Diplomat but we have to leave now”. He looked at me as though in disbelief because let’s face it, who does that? He said sure and we were off, then he found out it was in Hollywood and got cold feet, ha. I said I’ll give you $40 and he said deal. Myself and my new Haitian friend sped along the i95 like it was nobodies business, finally arriving at the Westin Diplomat. 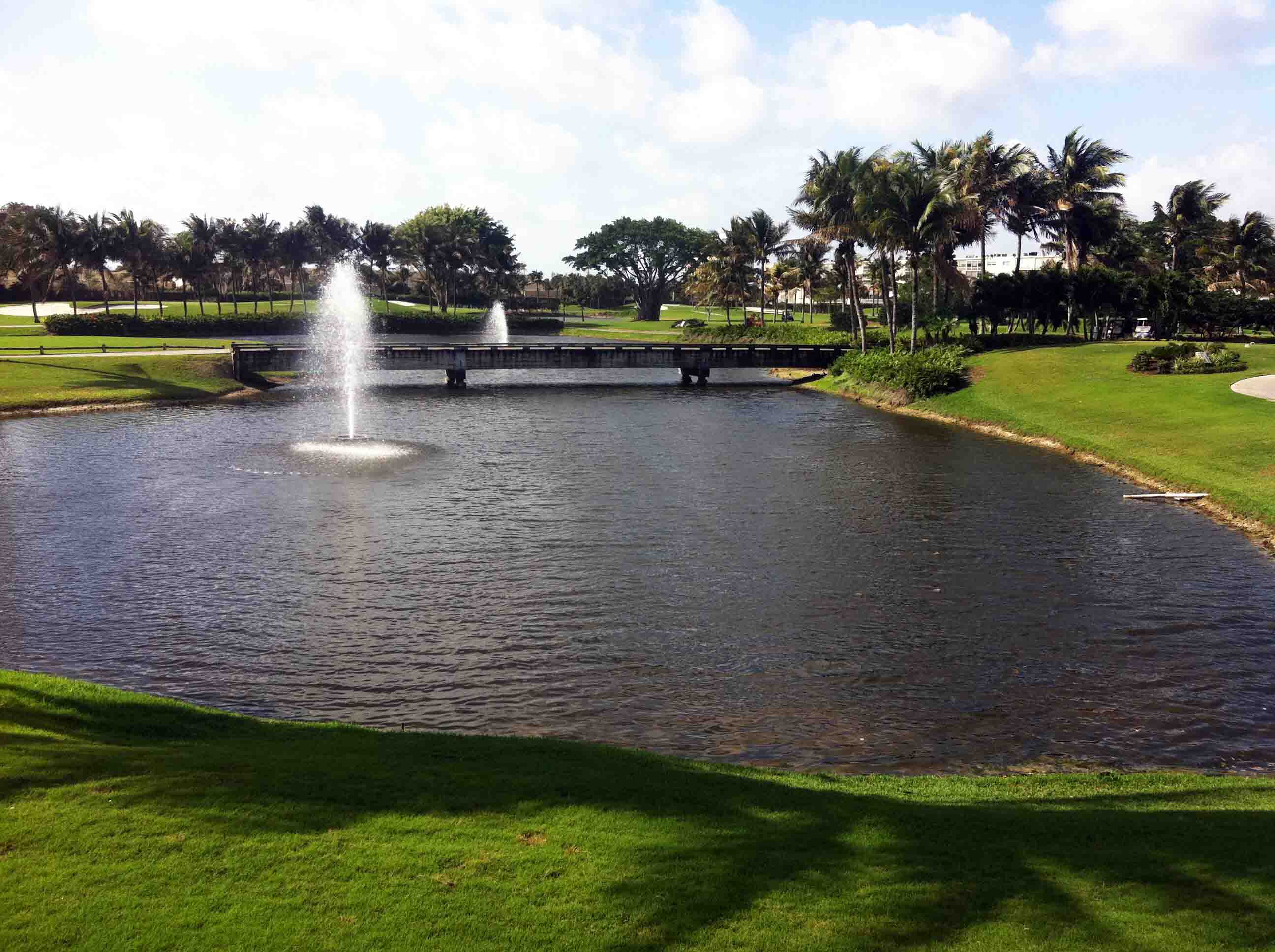 The place is first class and the day started off like most golf games do, having a luke warm experience on the driving range. From there I was paired up with a gentleman named “Joe” from Toronto, Ontario, Canada aka my neighbor back home. He said he was a rookie and immediately any and all tension dropped. After the first hole I asked him if he kept score and he replied “I’ve never kept score in my life”, considering I never keep score it was a perfect match. We also had another gentleman play with us named Gary who was equally laid back. 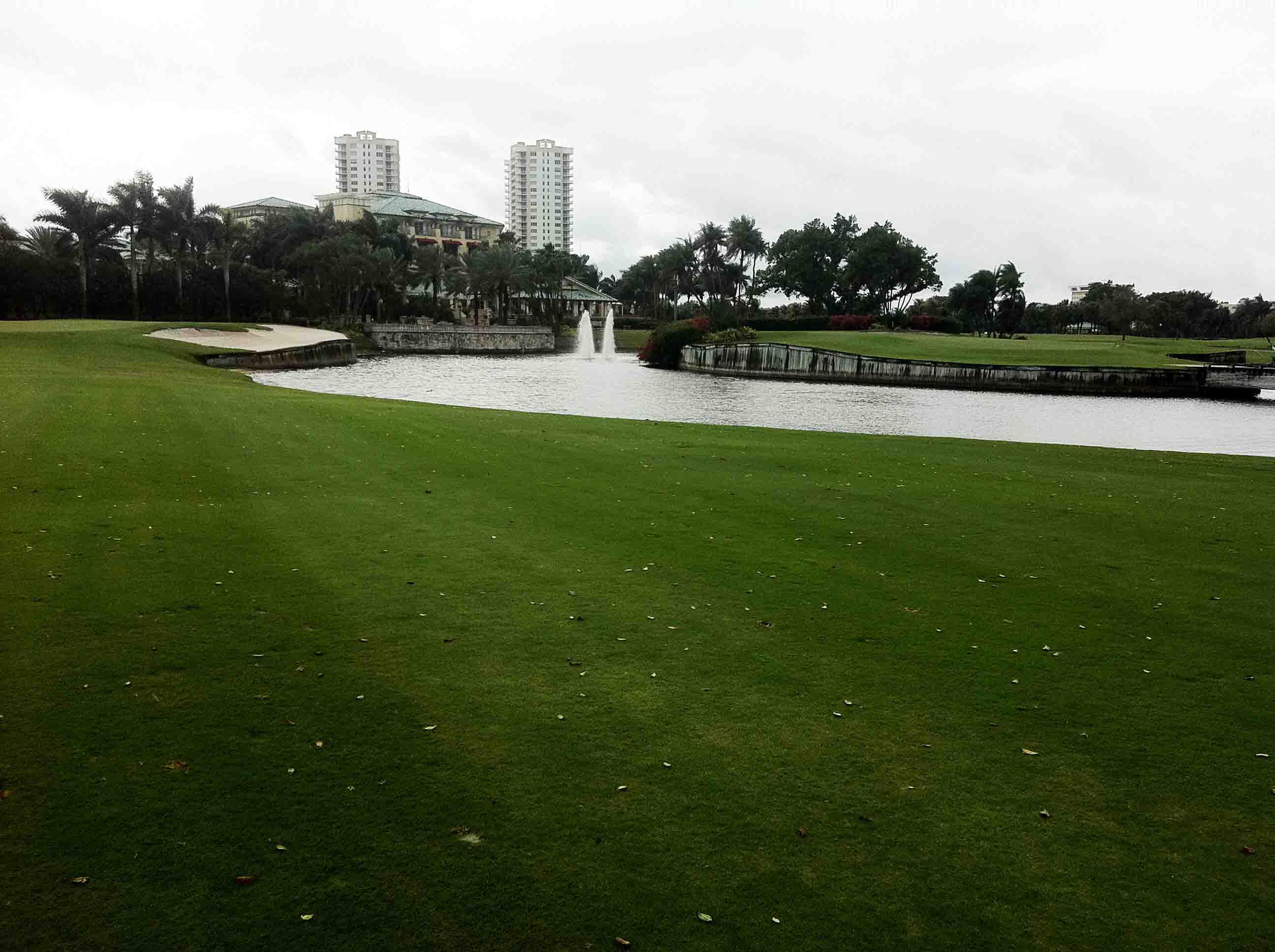 The weather was HORRIBLE but got better as then worse as the day went on. It was cold, cloudy and there was intermittent periods of intense rain. At one point the wind was so hard it began pushing my cart. Gary said he had never played in such wind and it had to be 50-60 miles an hour. It was so strong that I aimed over this big lake and the wind took it to the other side, unreal. After that it started to clear and my swing started to come together and began stringing together pars, not bad – yes? When we hit the 9th hole, both Gary and Joe bailed and it was just yours truly flying solo. Will note that Joe got a birdie, not bad for a rookie!? 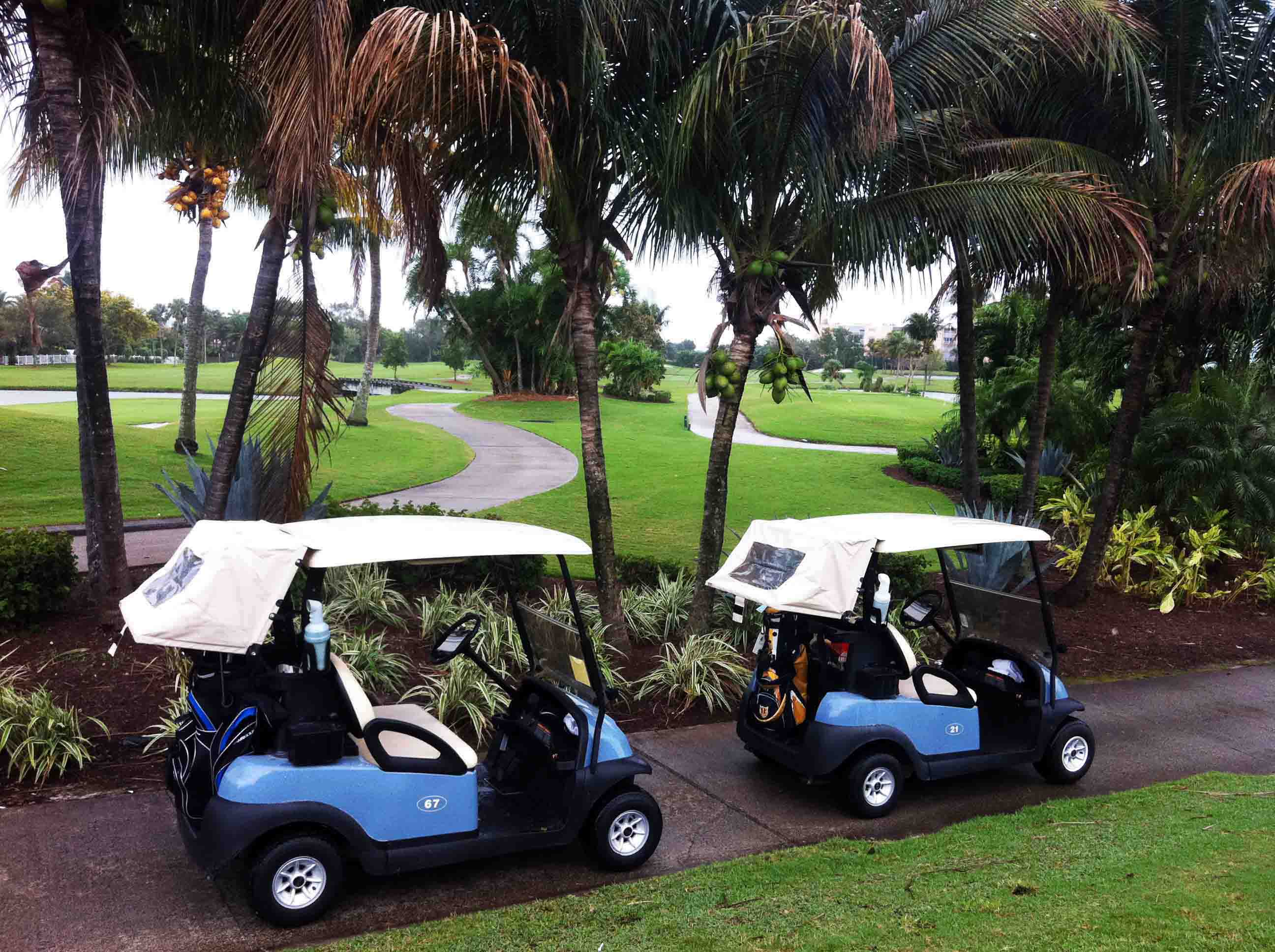 Forgot how great it feels to JUST BE ON A GOLF COURSE. They are the most relaxing and laid back places on the planet if you don’t worry about your score and just take things as they come. Everything started working and began hitting most greens or ending up not far from them. People let me play through or I just sat in the middle of the fairway waiting but not waiting, just enjoying myself and in no rush. One couple offered to let me play through and I declined saying “no rush”. Golf is like fishing in that a lot of the time things aren’t just right but when they are… That one big fish or one perfectly struck putt, iron or drive is what keeps you coming back. It’s a feeling that cannot be described but speaks volumes to those fortunate enough to get that feeling, albeit fleeting. 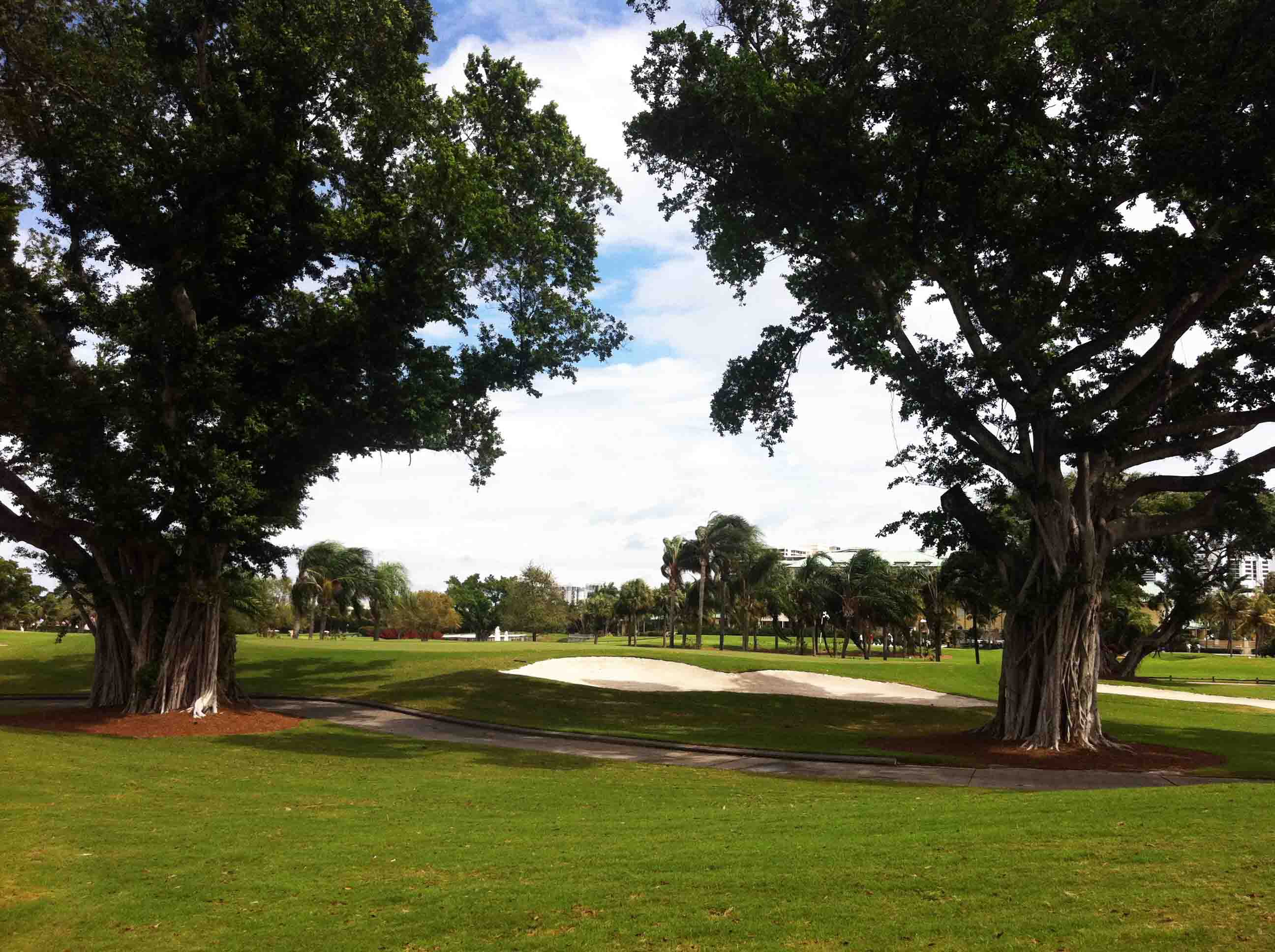 The course was firm but fair and has plenty of bunkers and lakes to eat up an errant shot. That said, if you plan your attack and play within your means you’ll have a great and memorable round. Each of the carts is equipped with state of the art GPS and you can even order your lunch from the golf course so it’s ready when you hit the 9th hole. Currently I’m enjoying the 19th hole in this fine establishment while watching Tiger Woods putt LIGHTS OUT on the television. Whenever the golf gods give you a horrible day, look on the bright side in that there is more golf mojo to go around and you’ll find yourself striking the ball like a young Bobby Jones, or not. 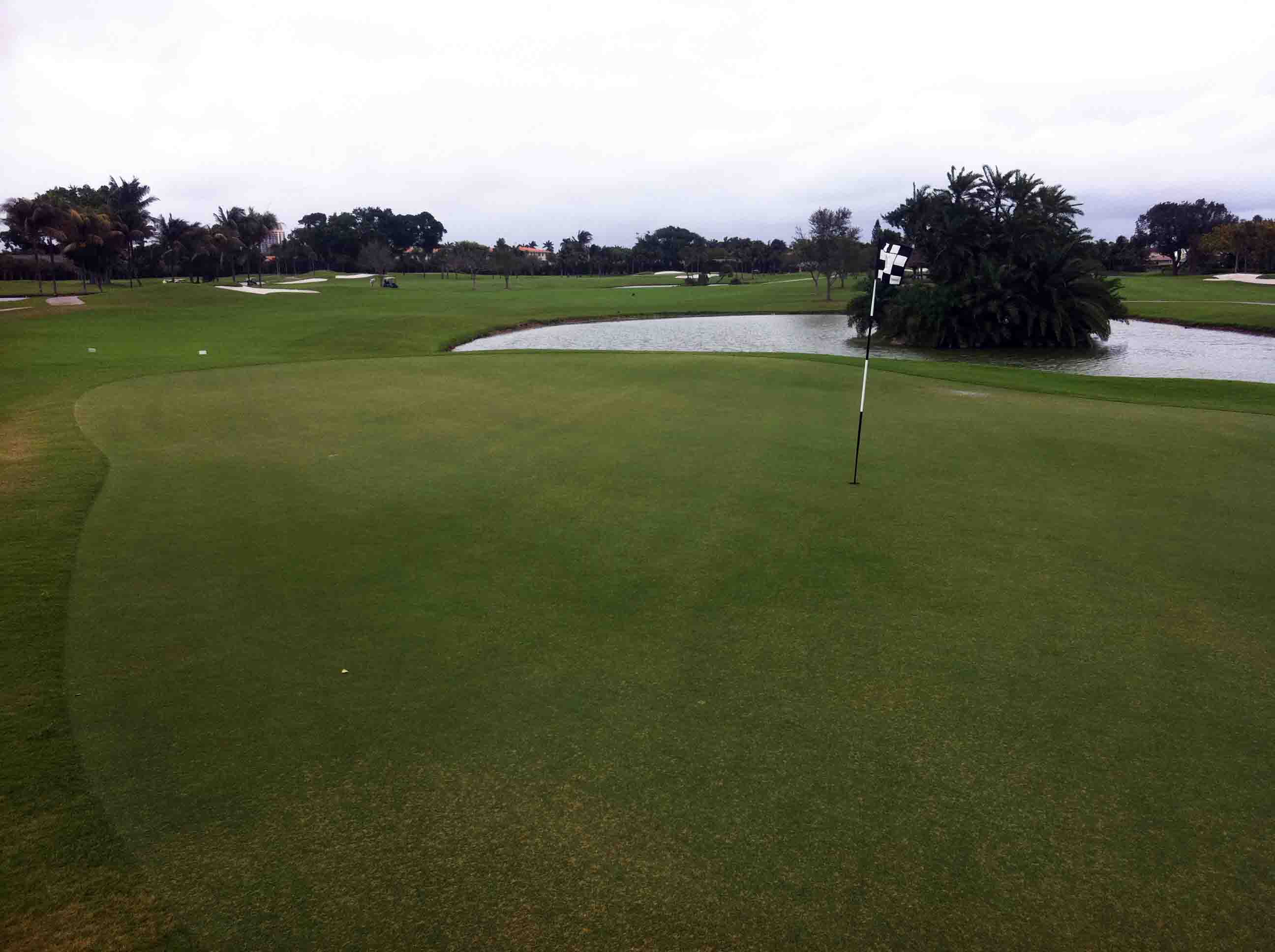 Can only imagine this course on a typically sunny day…

This concludes my stay in Fort Lauderdale, Florida area. Would like to thank the Greater Fort Lauderdale Tourism Board once more for arranging such an egregious weekend of all things that are quintessentially SHABL. I’m off tonight to meet a new friend and venture into another county of Florida not far from Orlando. After that it looks like I’m going to the Bahamas but enough of that, a certain sandwich is not going to eat itself.

P.S: Photo below is of the 18th hole from the green, that was my second shot. Yes, I missed the putt… 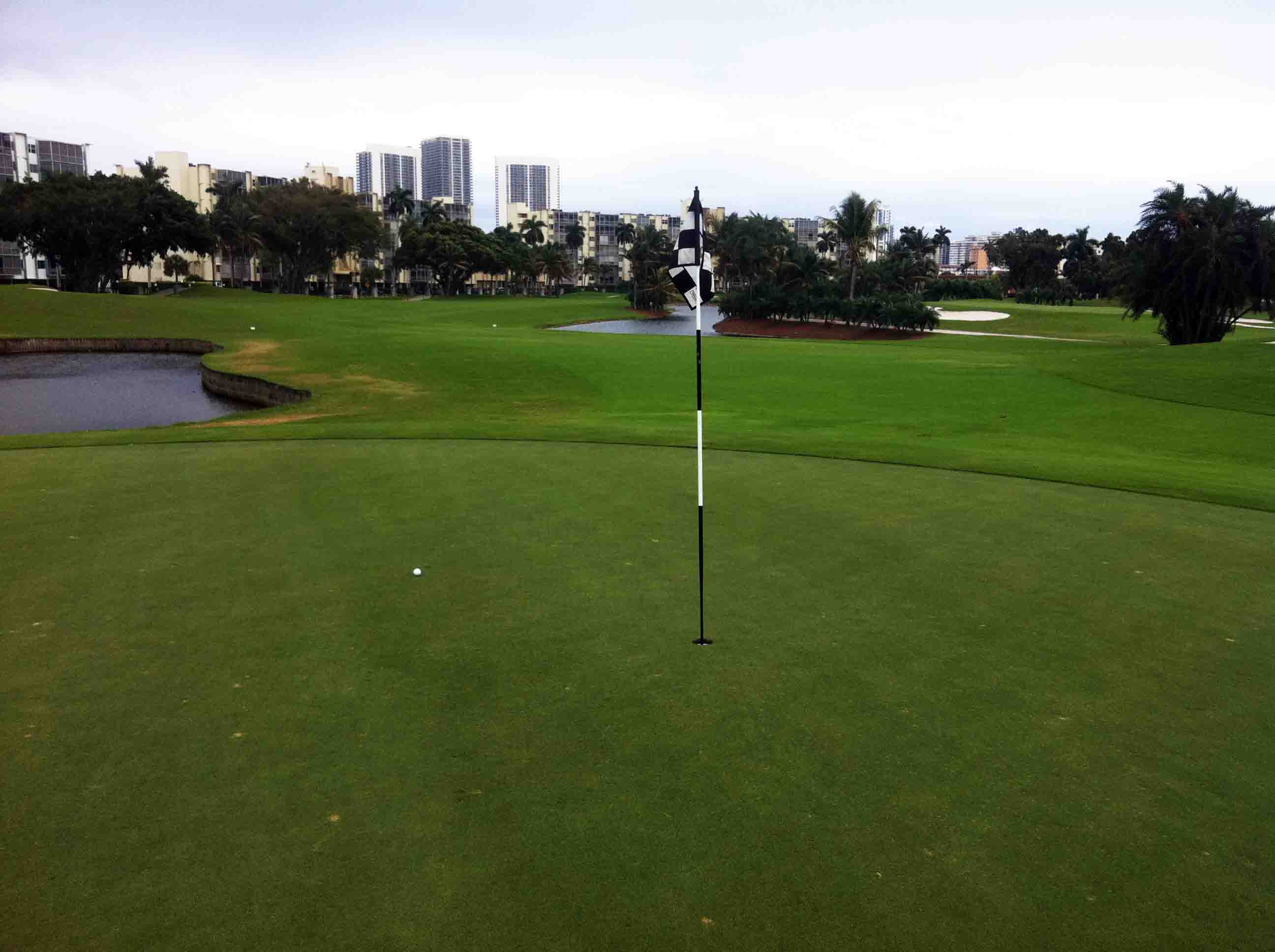 6 thoughts on “Golfing at the Westin Diplomat Resort & Spa”