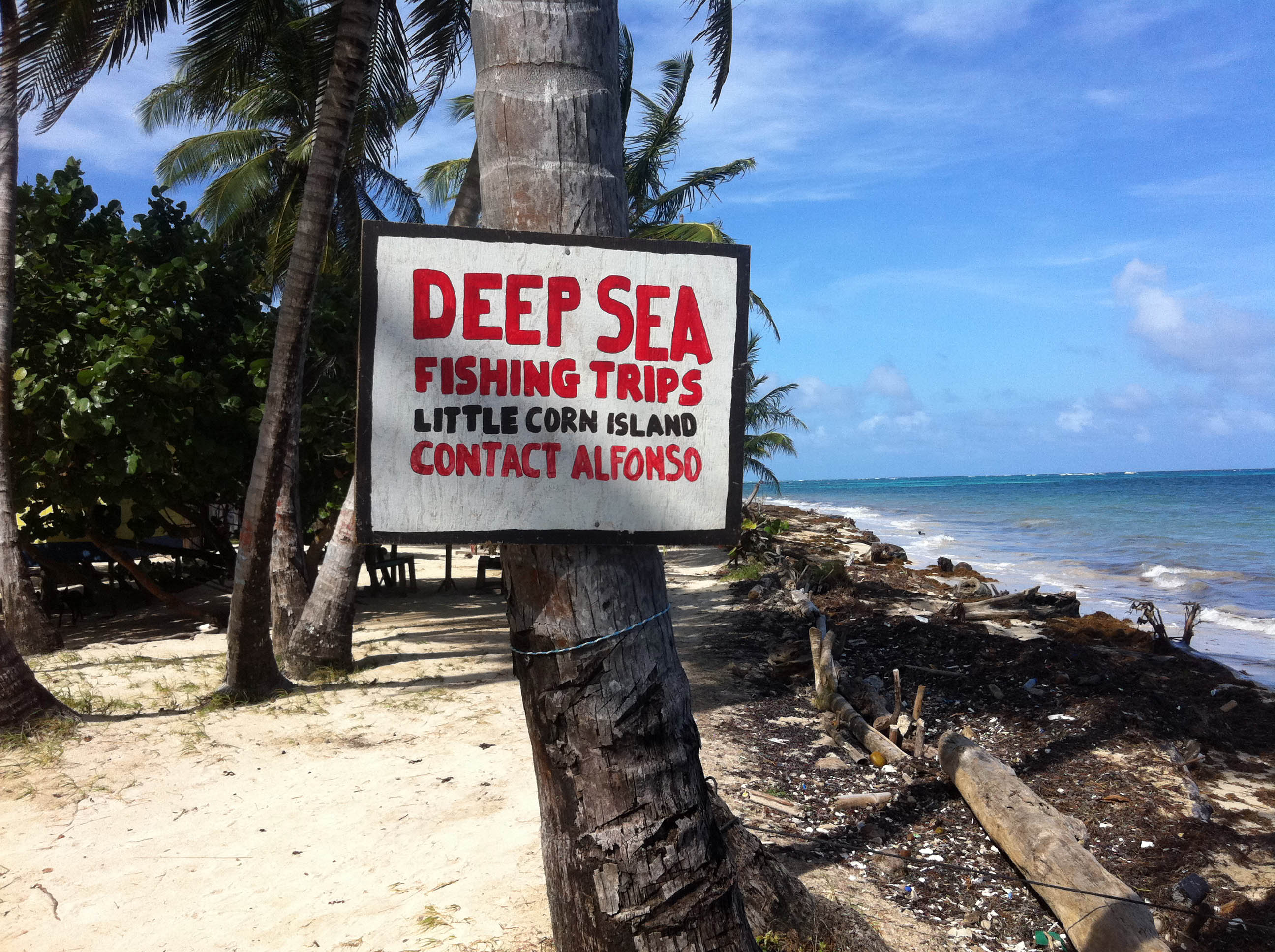 Have been living in the land of lobster lately. Just last night hadn’t had lobster in some time so bought some frozen (I know) and it wasn’t so tasty. No more than one hour later, these boats show up and seems like everyone and their friend had countless tails in their hands. As though the island’s lobster population went from a few frozen ones in a freezer to thousands overnight. The lobster fishing profession is still a major bread winner for many on the island.

The island lifestyle is calm but definitely not cool, in fact it’s hot. If your computer broke you’d be in a serious situation yet if you’re looking for some freshly baked bread, can count on some kid delivering it to you. Seems like most things you need on this island are there when you need it, just have to keep things simple. There is definitely no electronic supply superstore or store for that matter.

It’s now 6AM and about to go for the morning wander. It’s essential that you get moving early if accomplishment is a word on your “to do list” for the day. Once the heat comes it sorta becomes game over. Spoke with another who works for himself recently about coming here… The “no power” from 5am-2pm is a real breaker, if you’re here and want to stay, deal with it. If you’re far away, not sure coming here to work is recommended. You can go to a cafe to recharge *sometimes* as most don’t like it and you do have to buy a beverage or so. It’s also so hot that even getting to the cafe can be a chore, seriously.

The claro stick aka gsm modem aka your lifeline to the internet isn’t so reliable in fact it is even less reliable then I had thought. Sometimes it works, sometimes it doesn’t. When you’ve been waiting until 2pm to get a charge and ready to work but the internet won’t load, it becomes quite a disappointing affair.

A daily routine has begun, jog the island along the beaches at about 6am and take a break at the baseball diamond. Sit at such said baseball diamond while watching horses graze until breathing returns, stroll to village and pick up some coconut butter bread. Take a shower, make some eggs and do some work. Then in a perfect world, go to Desidere Cafe for some sort of warm beverage and recharge. I’ve noted earlier that the prime-time to work in these areas is BEFORE 9AM. In the heat of the day, everything comes to a halt.

Over the coming days will put together the trip from Managua to Corn Islands in typical SHABL style aka “Bus to Rama from Managaua”, “Panga from Rama to Bluefields” etc… Then will put them all together in one large post entitled “Getting to Corn Islands from Managua by Bus and Boat”. There isn’t a lot of information on the topic and it is quite the adventure should one be so inclined. Also made a video of the affair, much editing and a considerably faster connection is required.

Something that really got me thinking the other day is the value of goods as a traveler. I bought a telescopic fishing rod at a garage sale in Medoc, France for 5E or so. Here they have a new one with a broken eye socket for $70us. Crazy how I had carried this “piece of junk” around most of Europe and then parts of Asia before dumping it. Now it would be the most handy piece of equipment besides this computer. Way to kill endless time in a most productive manner.

In closing and on the topic of productivity… When you have limited battery life and an intermittent connection, planning becomes paramount. If you don’t have a “I’m going to do this today” type attitude to the internet. You’ll notice your battery die and have nothing accomplished. It’s a real motivator and constant reminder of how important it is to use your time wisely.

My friends were given 7 tails from a fisherman last night, time to investigate such said tail.