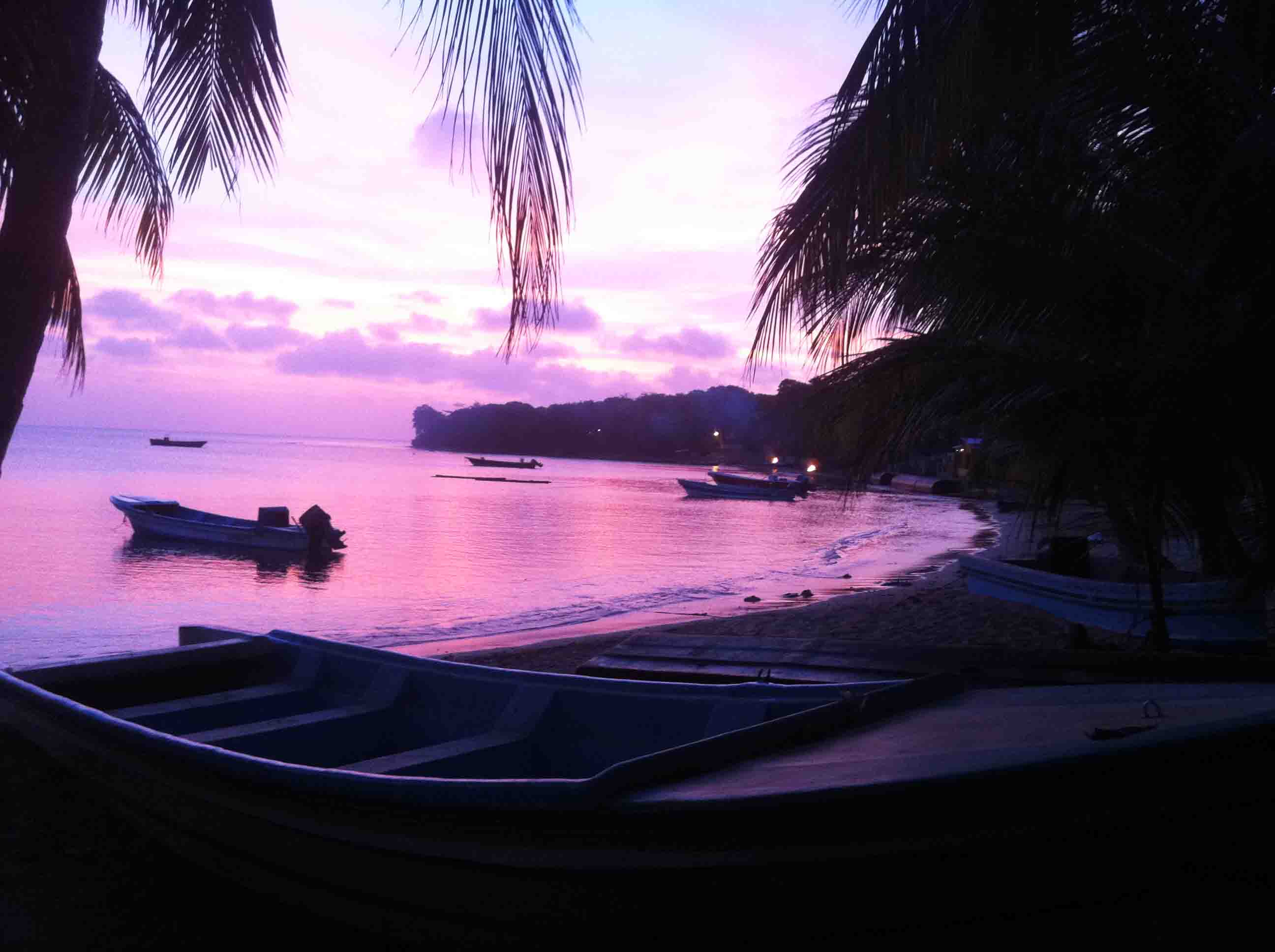 Writing this from my beloved patio with a fresh mug of ginger / lemongrass tea as a cool breeze chills the sweat on my brow and the island is coming alive. It’s 6:49am and I’ve been up for 2 hours doing things that gentlemen in parts of the world such as this do. They include but most certainly are NOT limited to: jogging around an island along the beach looking for whatever may have washed up while a large wolf like dog follows, going for a swim in the Caribbean Sea, finalizing a business deal and ordering a $0.50 coffee to be served at 7:15am before a 7:30AM Tee Time at the Little Corn Island Golf Beach & Country Club, indeed.

Sounds grand, yes? That is because it most certainly is. Without a doubt living on a tropical island is a dream for many but it’s not all sunshine, king fish and coconuts. In fact a gentleman I’ve become acquainted with and play golf with is writing a book, he described this island as “writers paradise” and he’s quite right. In fact as I look over from my office, I see him sleeping face down on his notepad. Not sure if he’s there from the night before or up early, does it matter?

Throughout the day a gentleman comes around yelling “PATTY” or it sounds like that selling fresh coconut bread and other delicious delectable. Some have vaults filled with jewels while I have a freezer filled with kilograms of seafood in case it’s not available fresh. There is a lobster ban, yes I know but managed to secure some. Behind me I hear some gents talking on the road and see them walking to what appears to be a fishing trip.

There are no real worries here, everything I want is here. Everyday the panga takes out the trash and brings in a new class of interesting smiles figures and forms from all corners of the earth. At times I think to myself “what if I had stayed home” where would I be? The grass is not “always greener” but I do believe it is human nature to sometimes ponder what they’d be doing had they chosen a different course in life. Something tells me I’d have high blood pressure and a crazy curiosity for what I describe to you now.

Have concluded that living in a guesthouse / hostel / hotel / resort on an island is infinitely different than say owning a house. Owning a house comes with lots of hassles and not to mention security issues, living in an established business makes everything easy and there are no attachments. Dependance leads to depression and if you “have to go somewhere” is it really as fun as being the exact place on the globe you choose to be? Who knows. You also typically don’t meet new interesting people on a daily basis sitting on your veranda at home, yes?

Seems like most travelers buy a piece of property half way through a trip then end up residing somewhere else saying “if I ever do build, I”ll go back” but they never do, none us do. We simply move forward on the escalator life until it just stops. Trying to think of how many other places I’ve “fallen in love with” only to be incredibly glad I didn’t get married a year later? Hmmmm.

The sun is rising and my coffee will soon be arriving. (have been on a serious caffeine kick after that 1 coke in Managua, ha) Most of the members have problems making this 7:30 tee time and it’s quite aggravating, ok it’s not. This ginger / lemongrass tea is not only delicious but soothes the soul and most certainly the throat. Have been eating like a king on a peasants budget, how grand? Yesterday a gent had 3 fresh fish, I added half a pound of shrimp and some veg and we fed 4 people comfortably for less than $5, huh?

Now, life is great here but it gets HOT. We’re April which I don’t know, but guess is the hot season? From 10AM-3PM it’s a sauna where there is little to do. Those who are hell bent on skin cancer just soak up the sun while those with brains in their skull lay low in the shade. Also the power turns off from 5AM-2PM so there is little place to hide from the heat. This, my friends brings me to the point of why I’m up so early and being so active…

If you go out drinking on one of these islands without electricity and have “too much fun” by means of staying out past 4am, you’re doomed. Once the power shuts off, the temperature in the room immediately escalates and becomes a perspiration prison. I awake often to the sound of the fan ceasing and once off, going back to bed is simply a fantasy. I see people who as pale as ghosts wander around uncomfortably in the misery they have made for themselves.

This place is heaven but if you go out to late, it will feel like hell. Also if you ever wish to move to a tropical climate, I suggest you visit from April-July when things get really hot. Won’t say it’s unbearable but you literally could fry your eggs on the sidewalk. It’s getting hot, the coffee is coming and a game of golf is to be had.

What I’m saying is that this place is best suited as an amusement park, not a night club, play accordingly.

In other news, working on a new structure here as thinking big is in fashion.

P.S: Good looking produce is reason to get excited around here.

23 thoughts on “Living the Island Lifestyle on Little Corn”