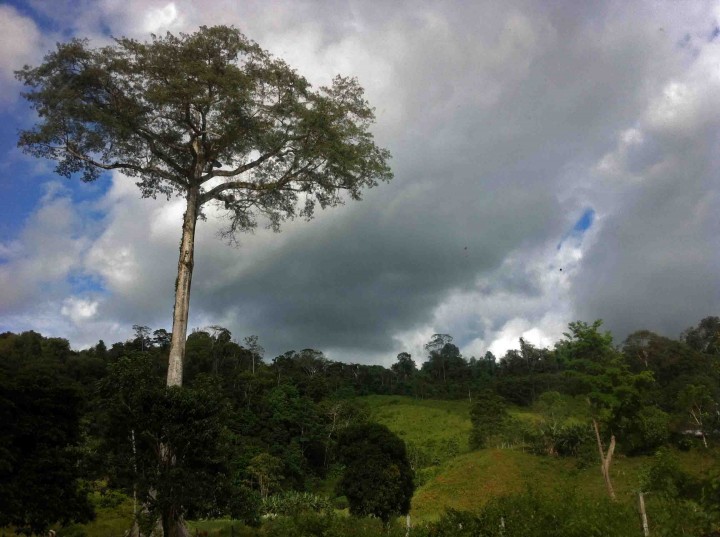 I hope this note finds you in high spirits from living a good life and not too many spirits. That said it’s Saturday so who really cares or knows what’s right or wrong? Speaking of which I’m back from my trip to Drake Bay and back at the base in Puerto Jimenez. I’m kinda bummed out that I’m not still chilling there as it’s one of my new acquaintances birthdays and there was a solid crew last night. That’s life though isn’t it? Whenever you have a defined exit strategy, things start getting great when you gotta start packing… 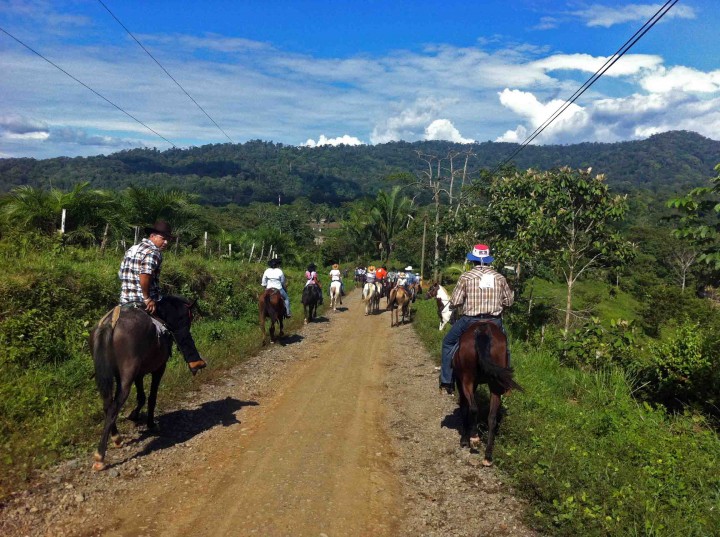 Check out the photo above, I have no clue what was going on but seems like everyone in the vicinity was on their horse. We drove by all of them and a few gents had near empty bottles of rum and I’m not talking small mickey’s that school boys and girls a like sneak into prom like I did. I’m talking about a massive jug fit for a king and all the knights of his round table. The ride from Drake to La Palma is very scenic, check the size of those trees!! Luckily they are now protected for the most part. Can you say “Tree of Life” from Avatar, yes you can! Also, you drive through rivers along the way, supposedly in height of rainy season the road is just “closed”. 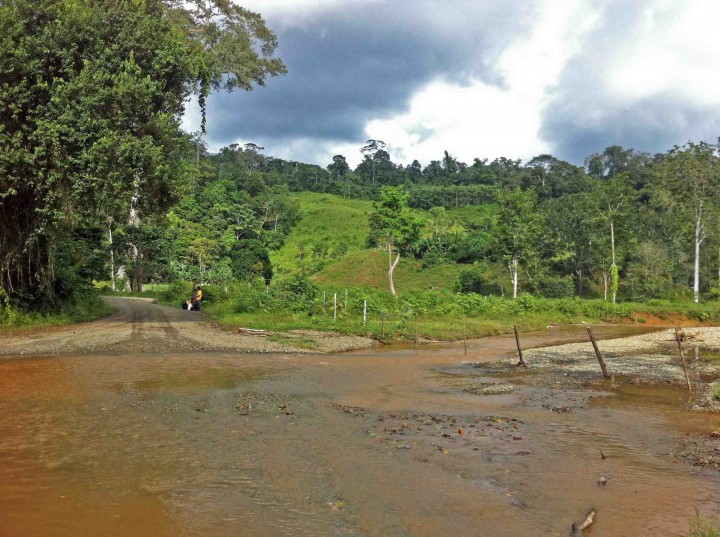 Oddly enough, on the way there I saw this horse laying on the ground bleeding from its ear. It was pretty scary until I realized that it was just tapped out with heat exhaustion. Quite the crew was forming but that was that. Anyways, it was good to visit Drake Bay but it’s also great to be back on a blazing internet connection. 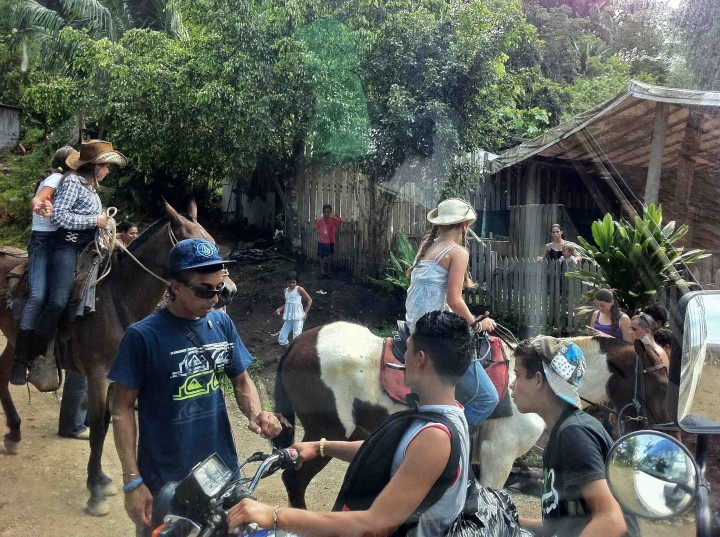 Turns out the house has procured a new big screen TV. We’ve just hit play on the movie Rum Diaries and I hope the movie is half as good as the book. I hope it doesn’t inspire my degenerate self as rum is cheap down here. That said, I doubt it will as I don’t know one boozer who ultimately, isn’t a loser.