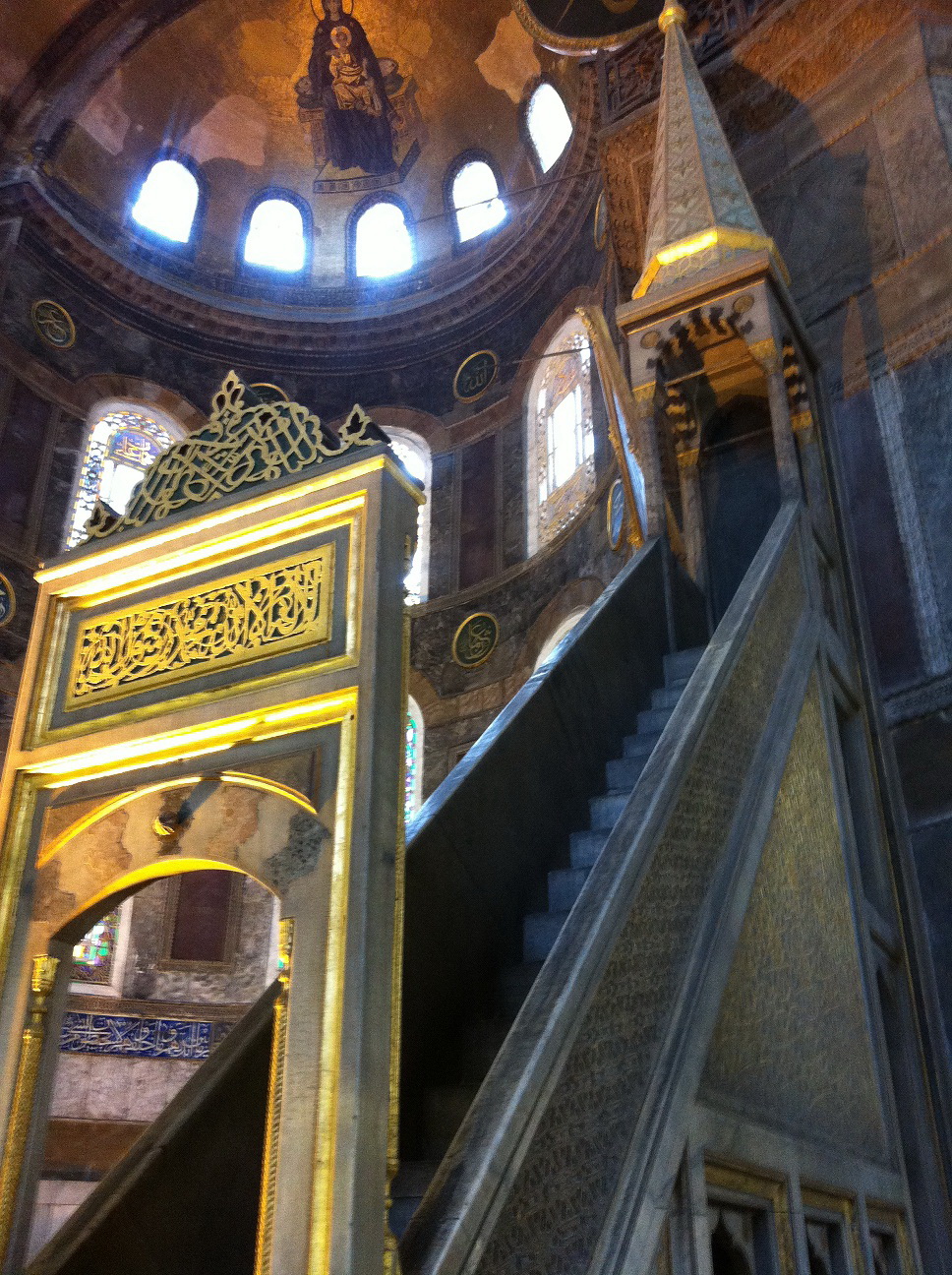 Visited the stunning Hagia Sophia today in Istanbul, Turkey. What a place, it’s been three times that I’ve been to Istanbul and every time the line scared me, today I sucked it up and went in, worth every drop of sweat waiting in line, the building is truly magnificent and a UNESCO World Heritage Site for good reason… 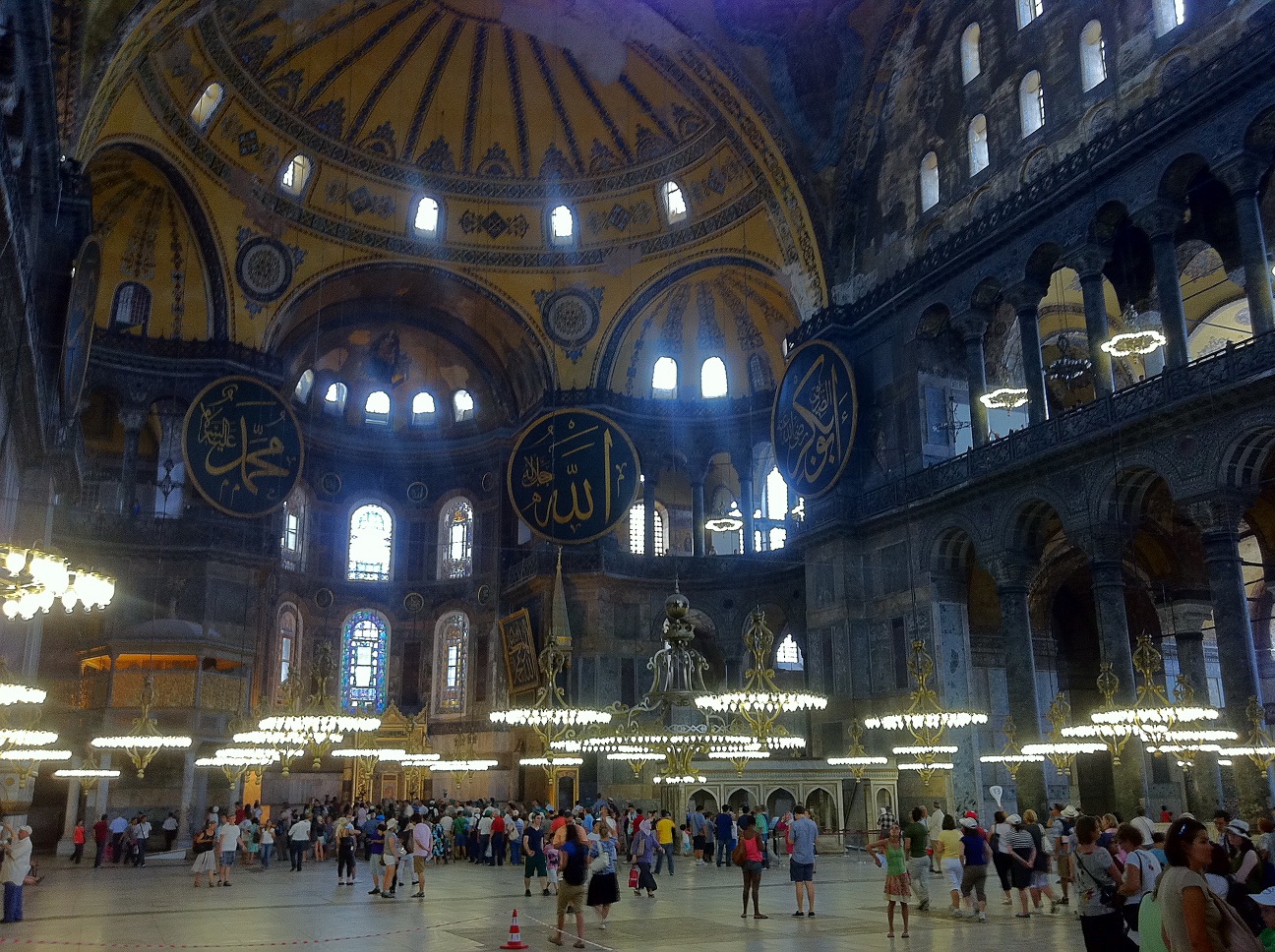 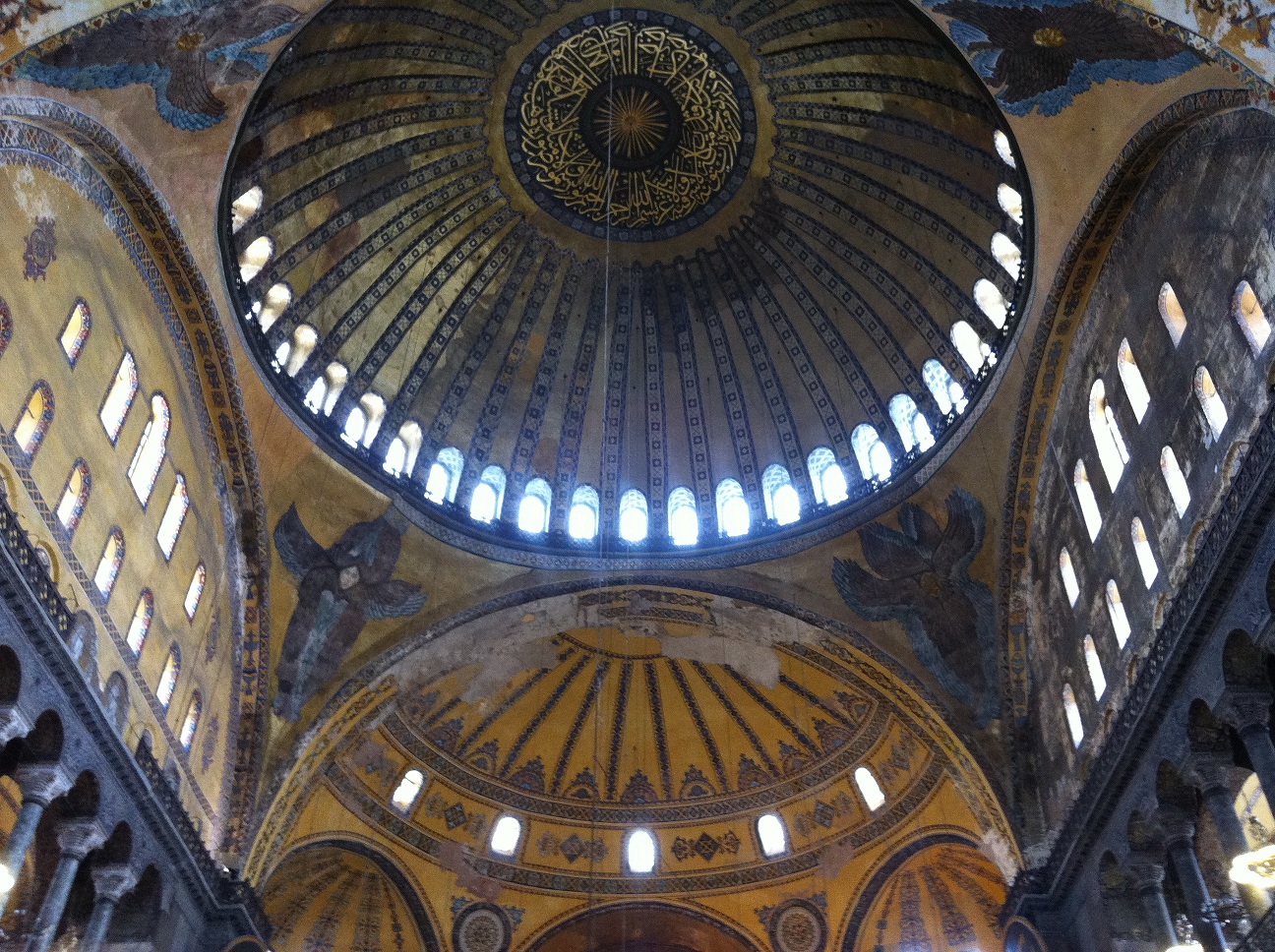 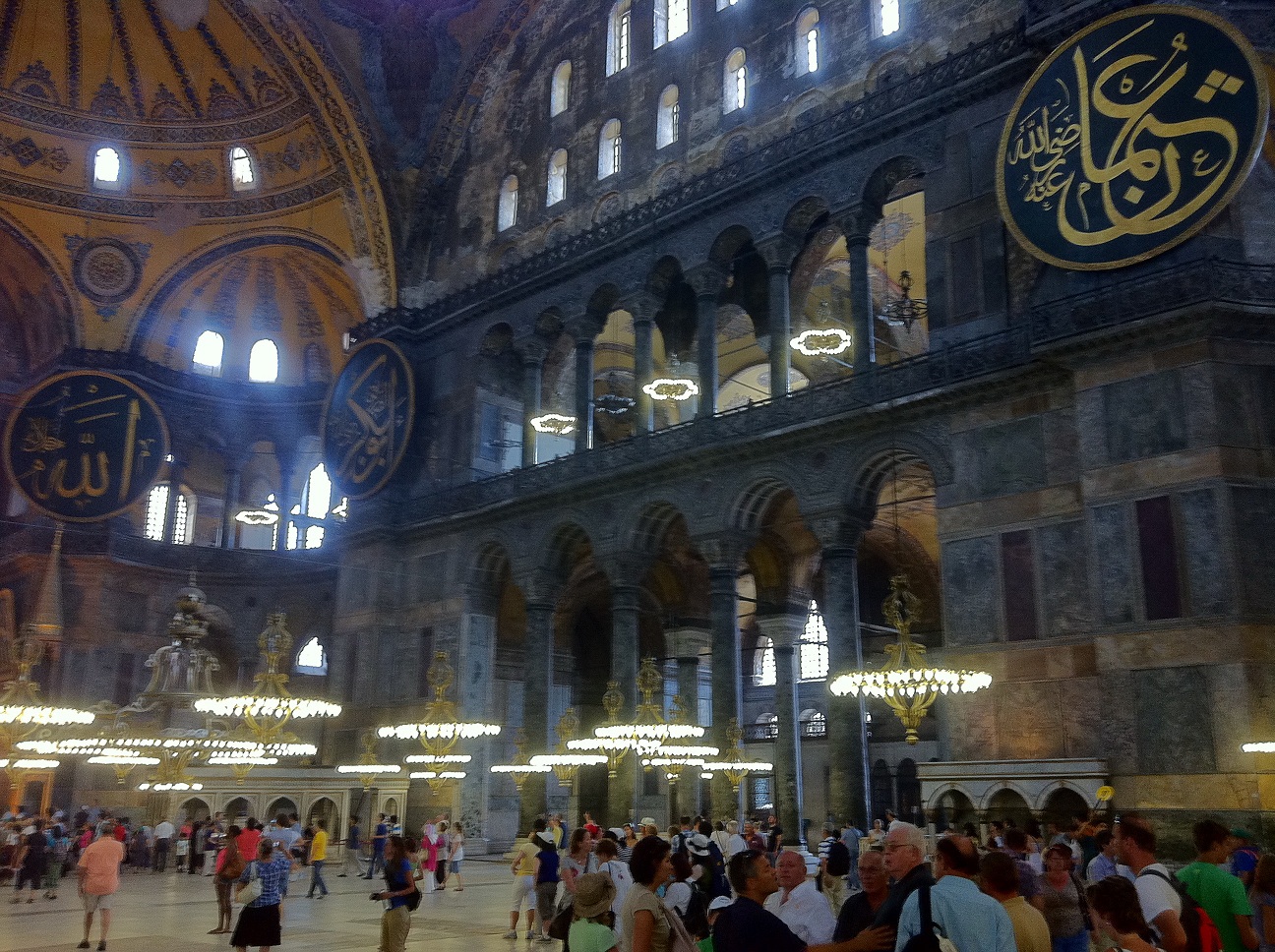 The Hagia Sophia which means “Holy Wisdom” in Latin, has a pretty long history dating back over 1700 years. For most of it, served as a Orthodox patriarchal basilica, then a mosque and now a museum. The old saying “they don’t build them like they used” to comes to mind in a most serious manner. 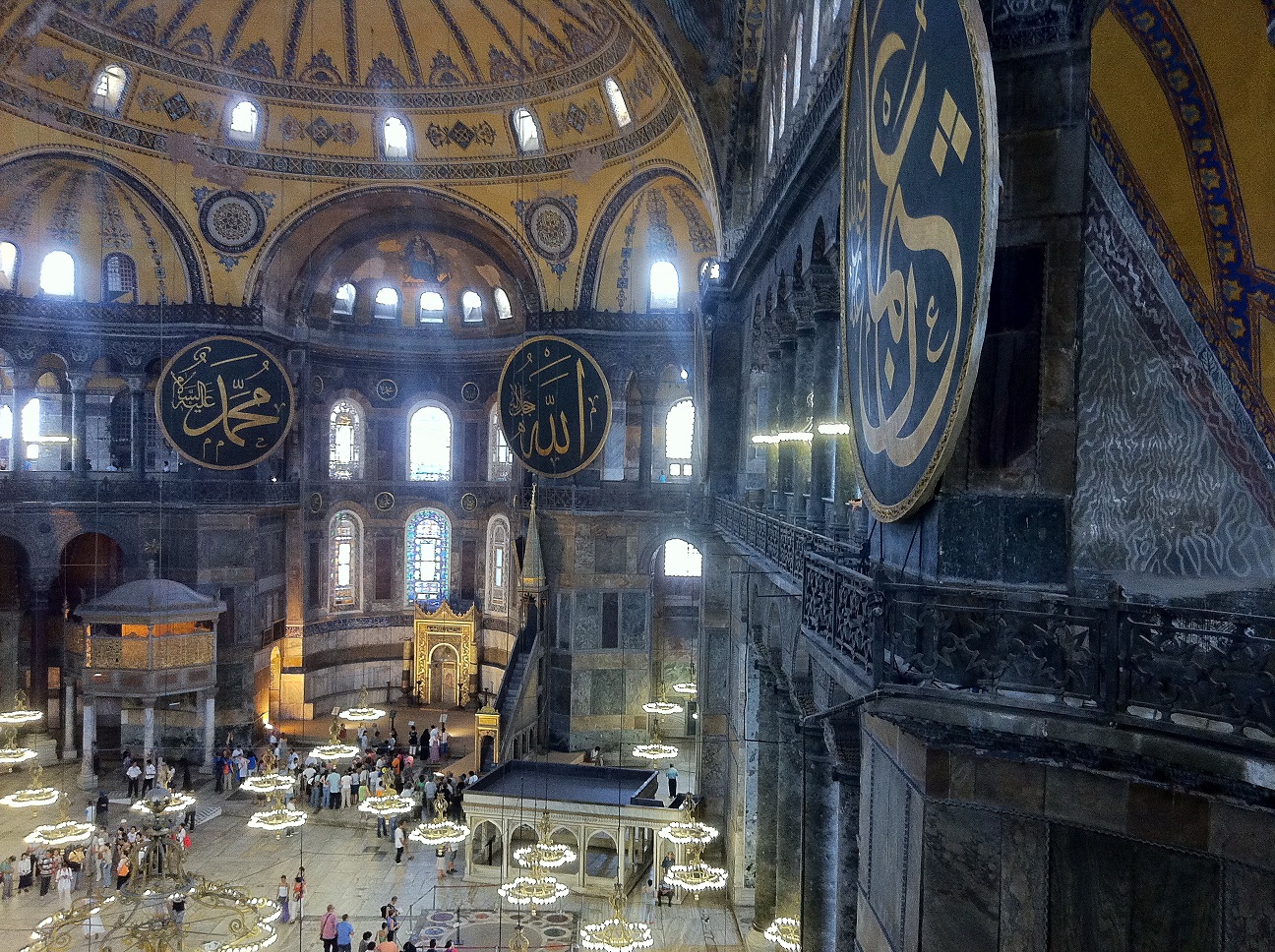 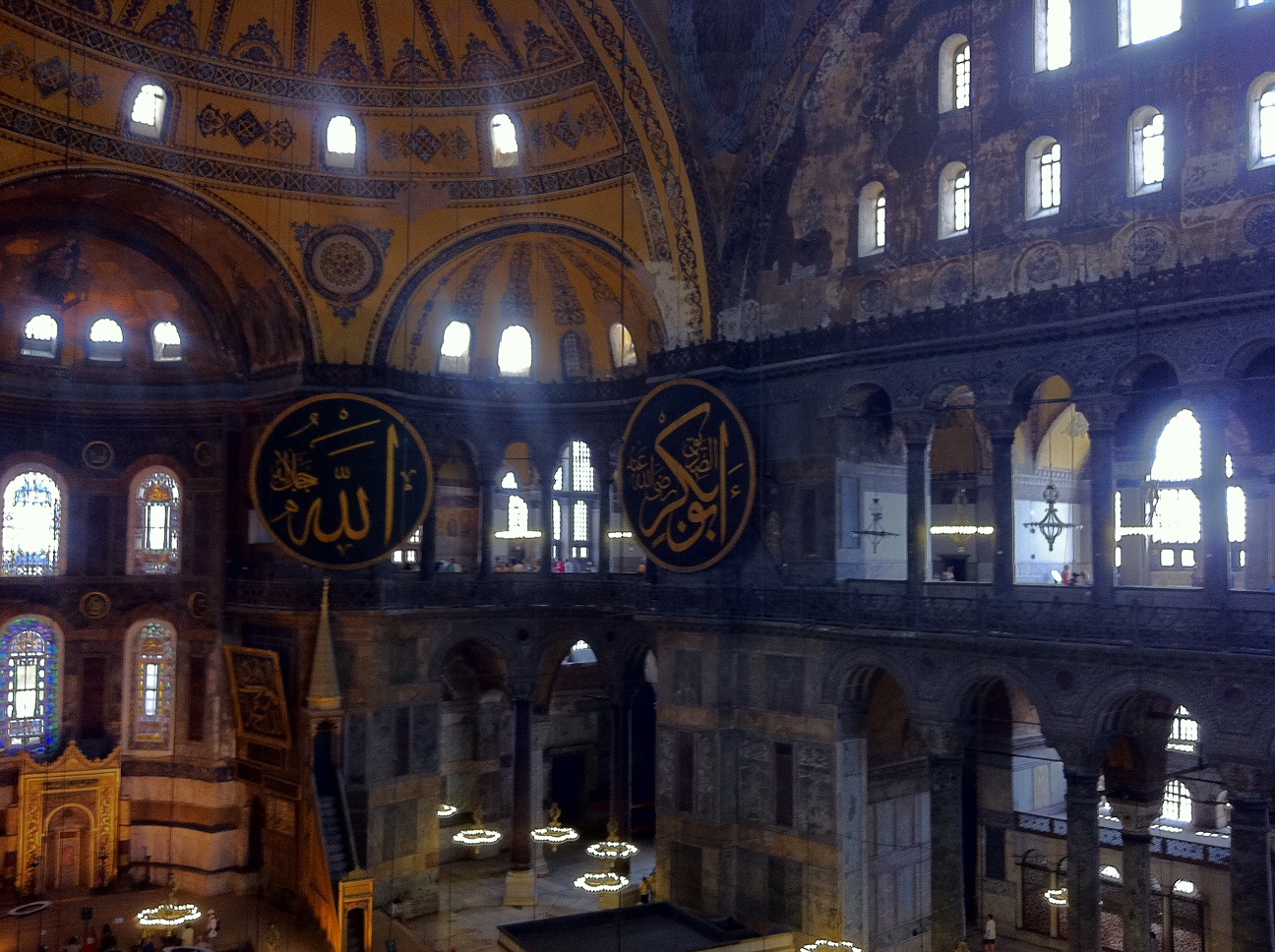 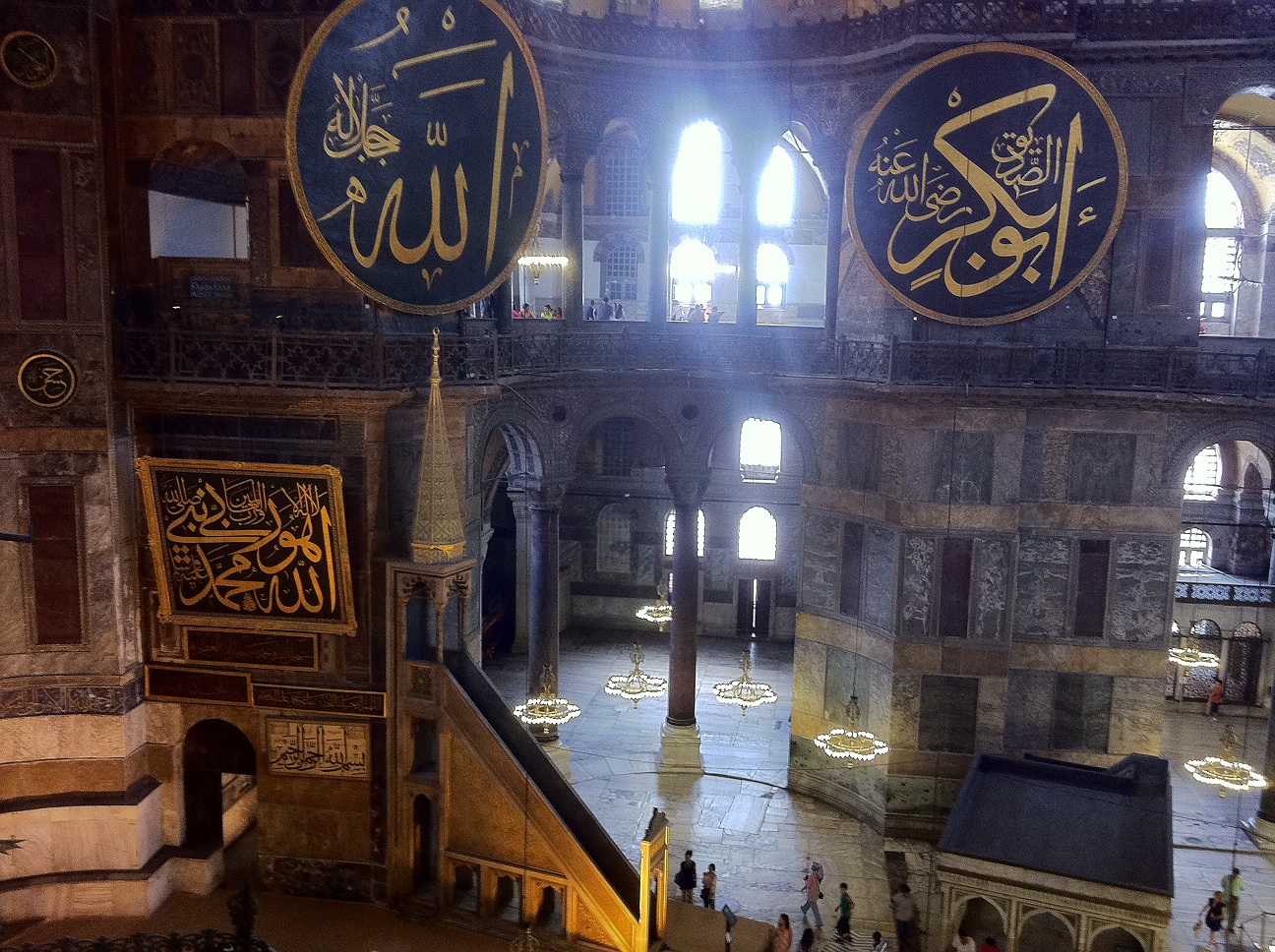 The building is literally a monstrosity and you can spend hours wandering around it even though for the most part it’s a very large open concept. Naturally the focal point being the central dome which considered the true essence of Byzantine architecture and some say it “changed the history of architecture.” Supposedly it had been under scaffolding for ages and is now prime-time to visit. 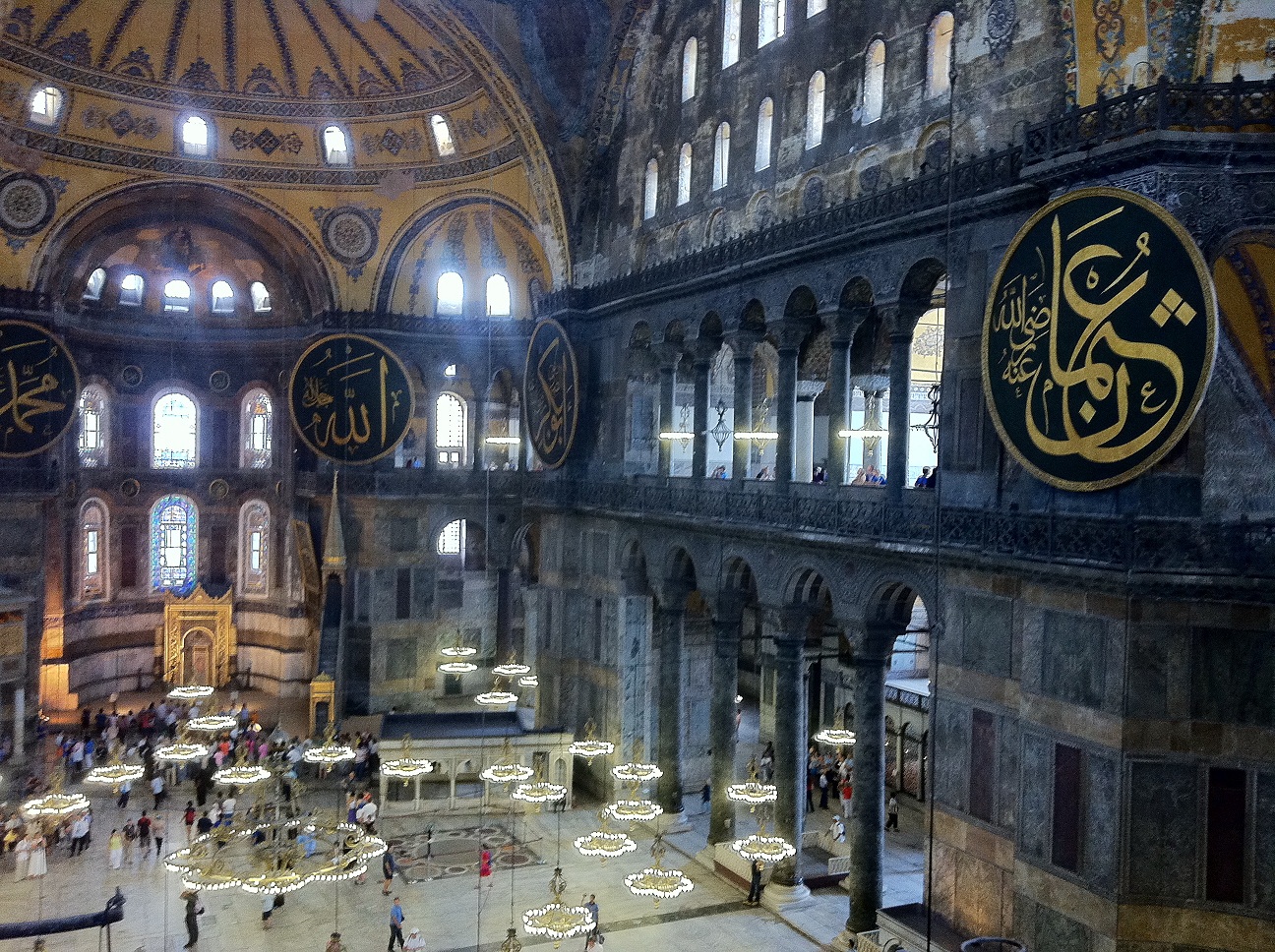 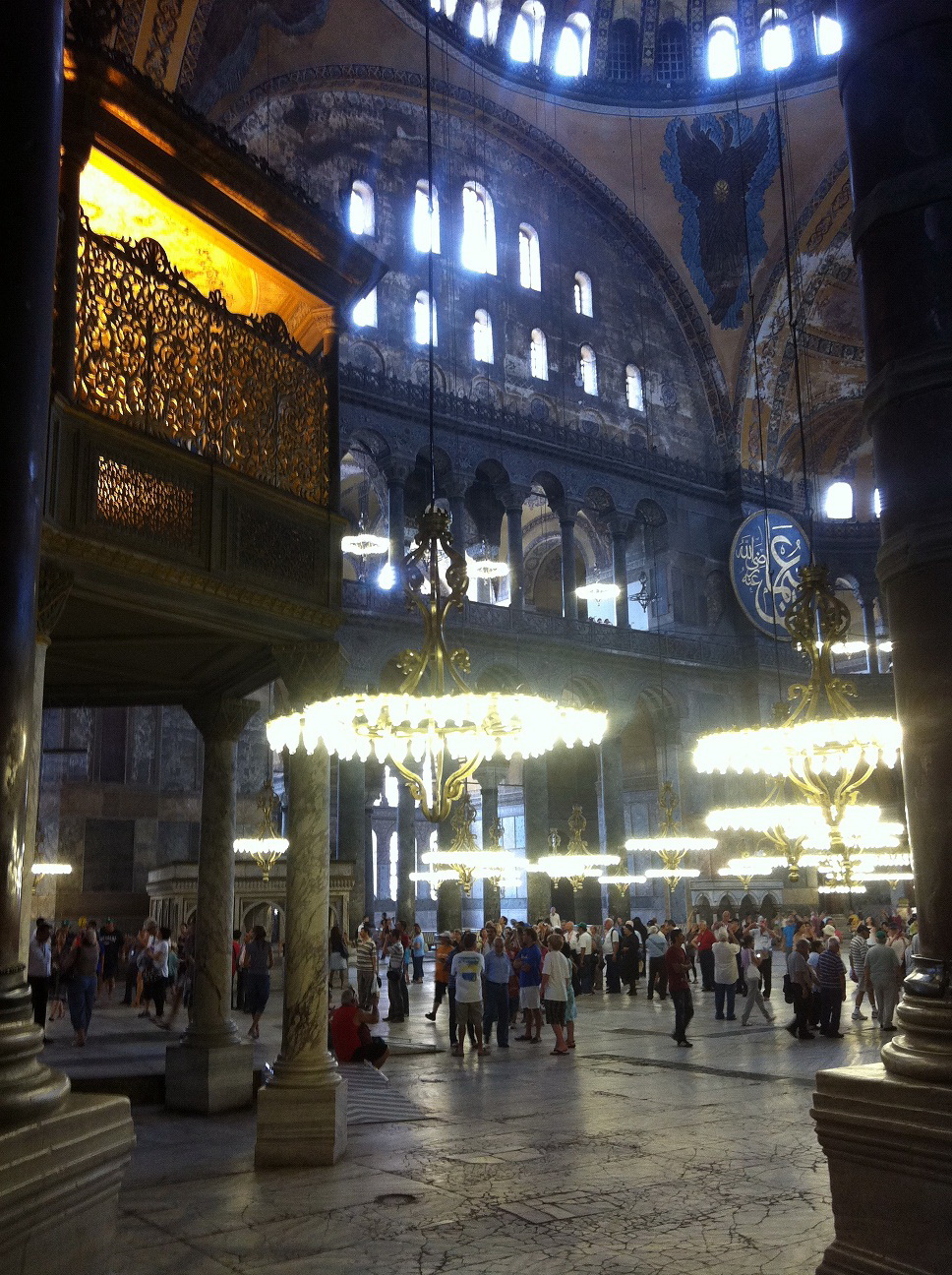 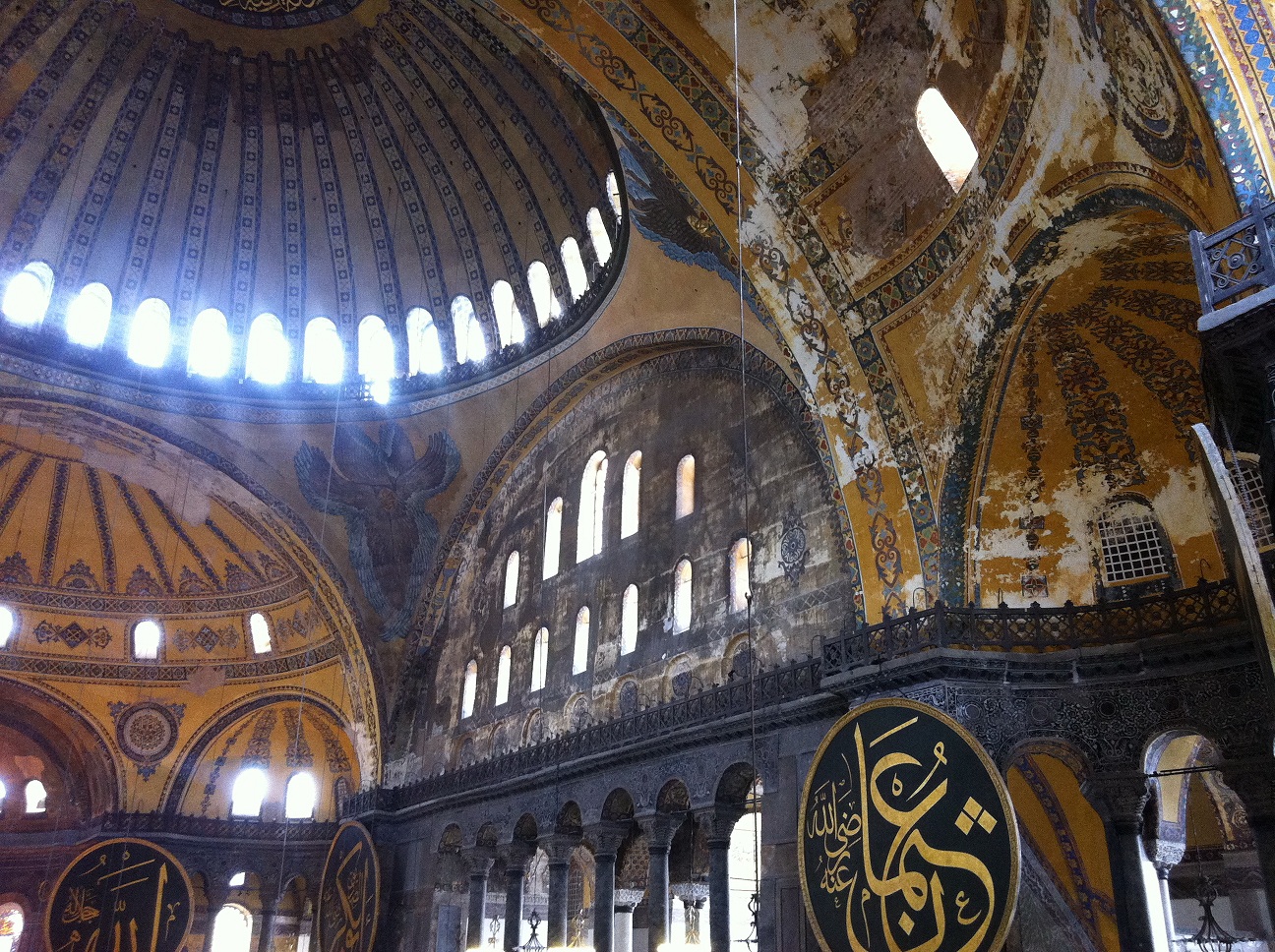 The building stayed as a church until 1453 when Constantinople aka Istanbul was conquered by the Ottoman Turks and ordered to be converted into a Mosque, so you know… For almost 500 years it was the primary mosque of this city and naturally served as the primary model for further Ottoman mosques with the most famous being the Sultan Ahmed Mosque which is best known as the Blue Mosque. in 1935, it opened as a museum. 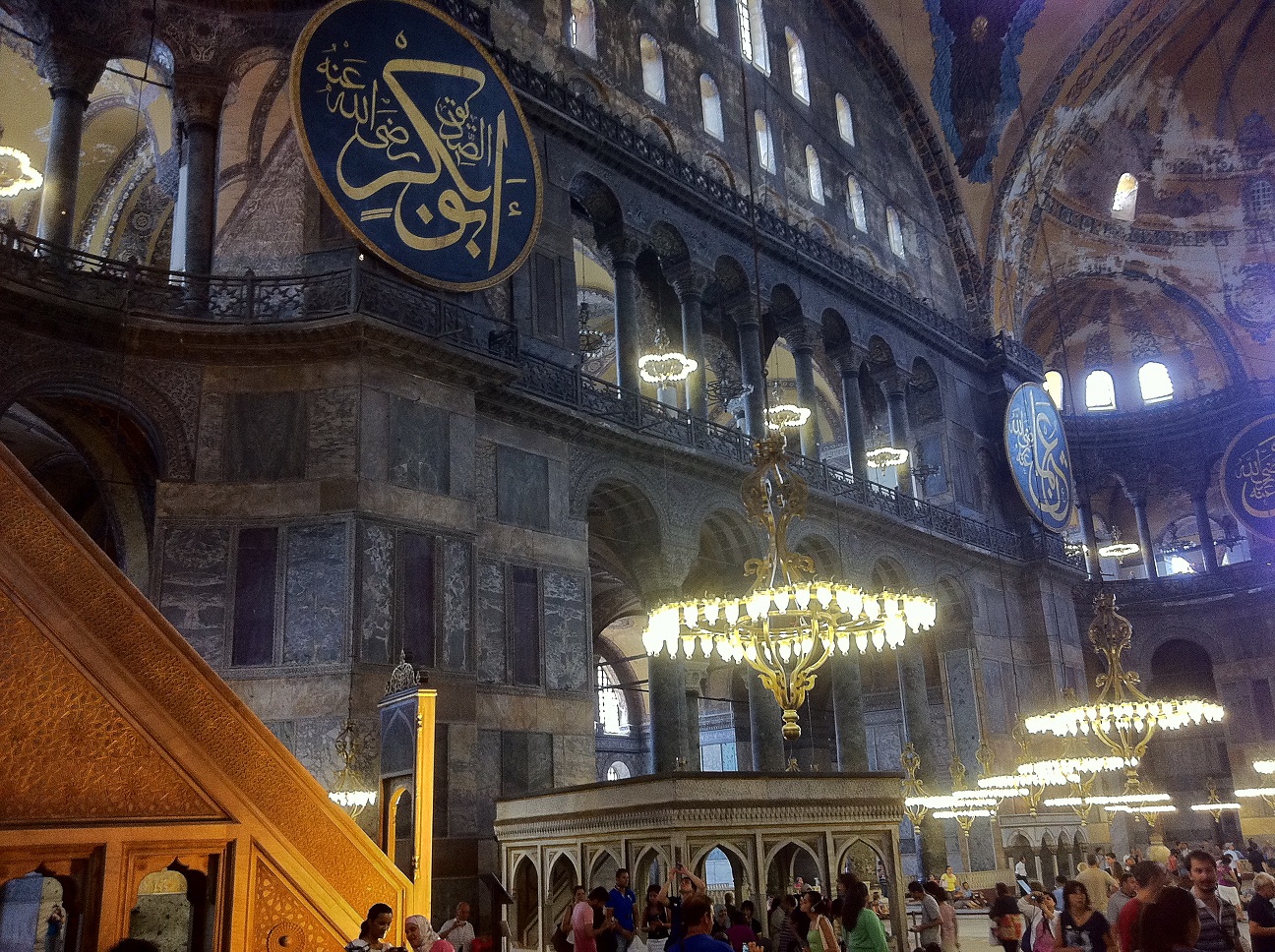 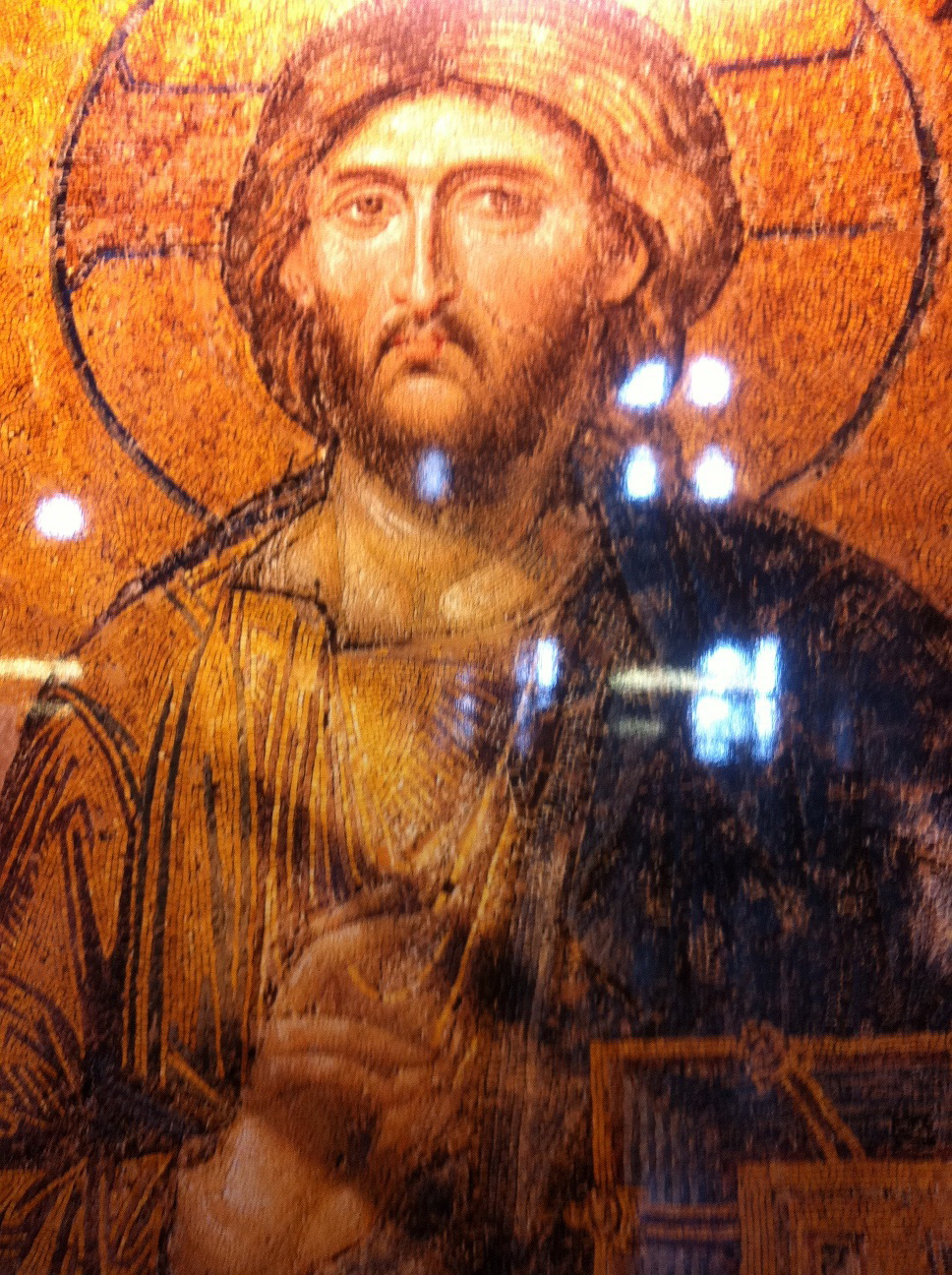 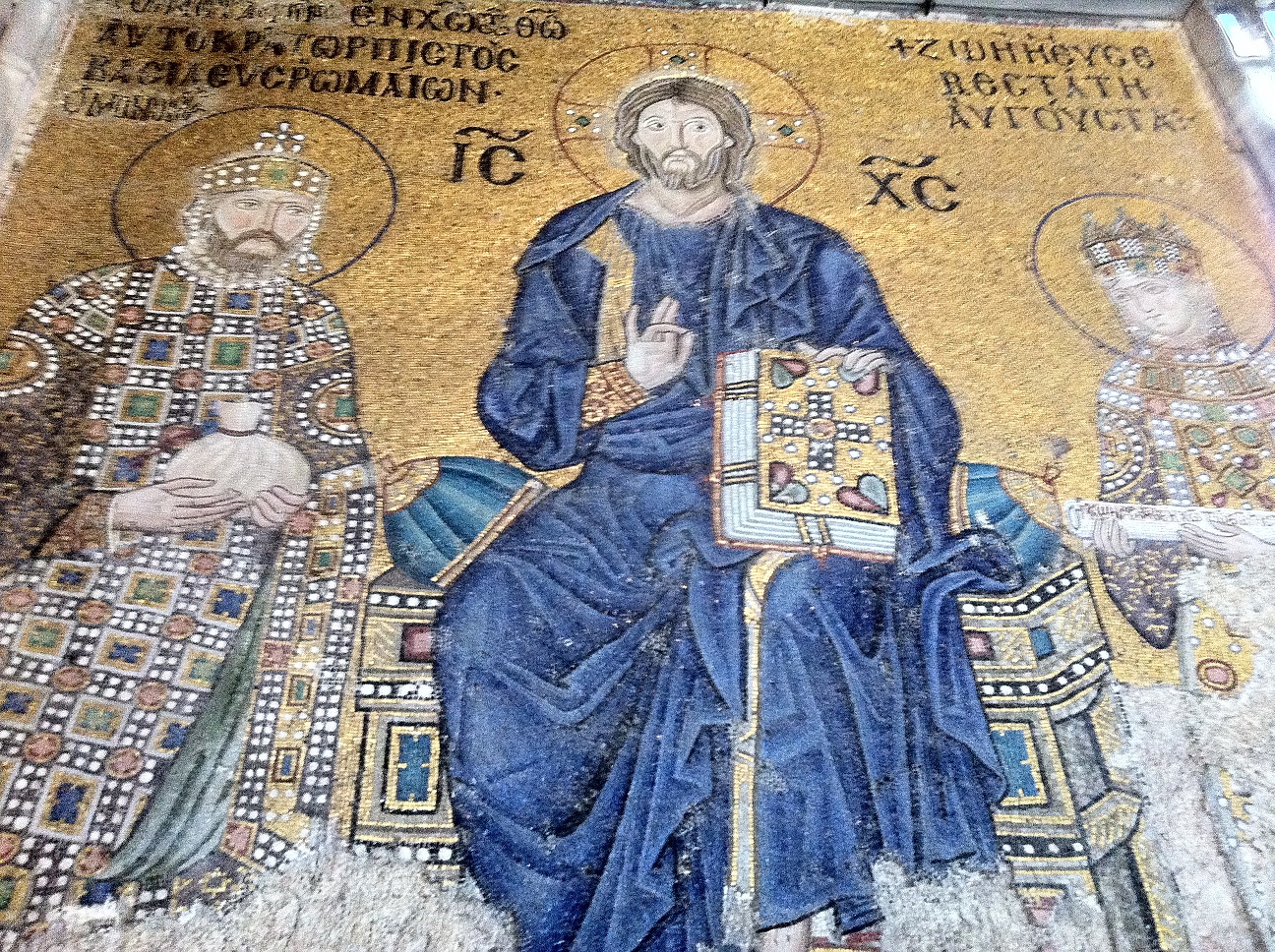 If you’re in the area, it’s quite hard to miss. It’s located near the Blue Mosque and is simply majestic. Always knew I’d be back and would have to see it then, if you’re in the area, recommended. Will also suggest that if you wish to take photos, arrive early as it gets crowded fast. It will cost you 20 Lira to get in which is roughly 10 euros. 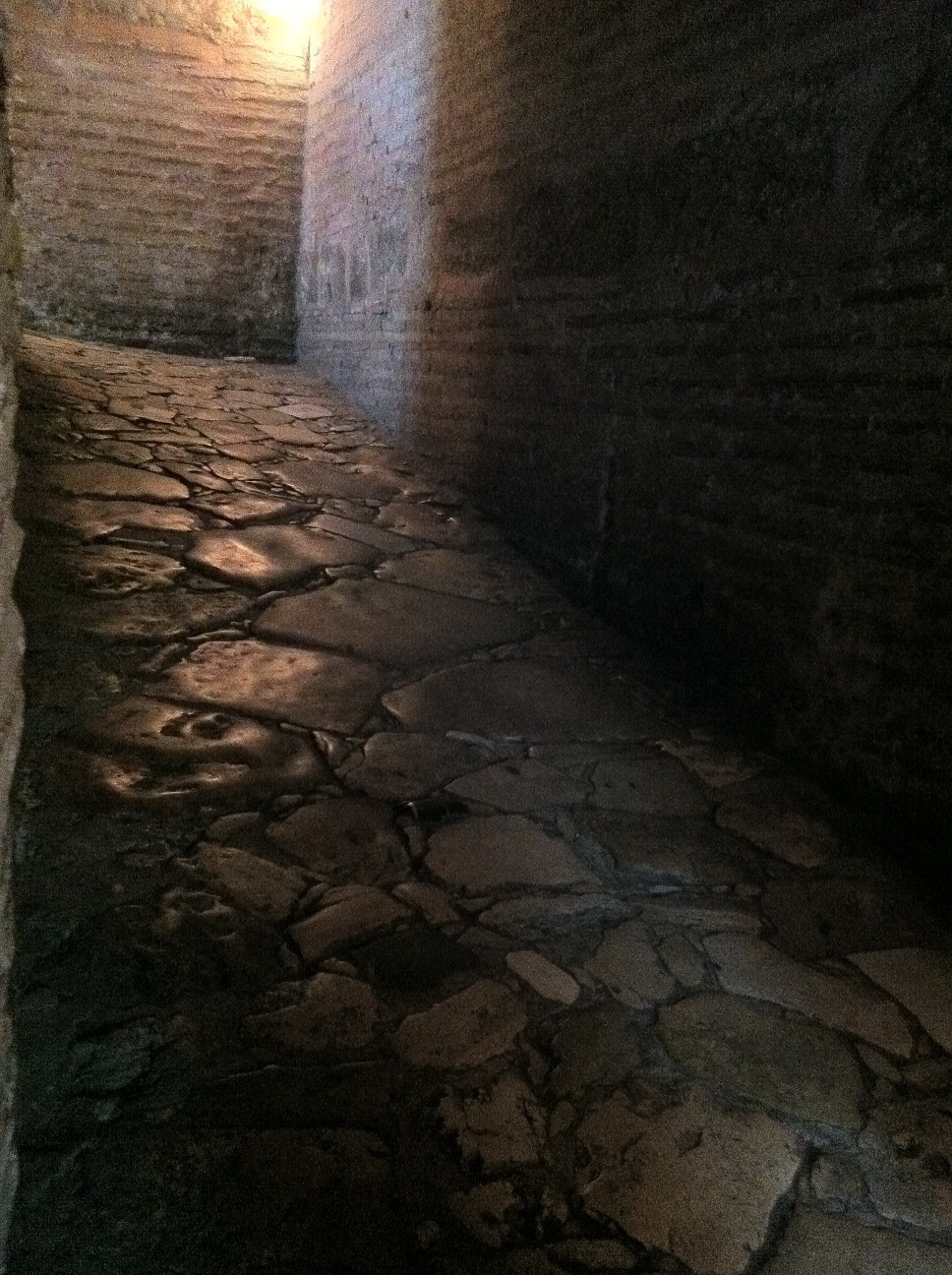 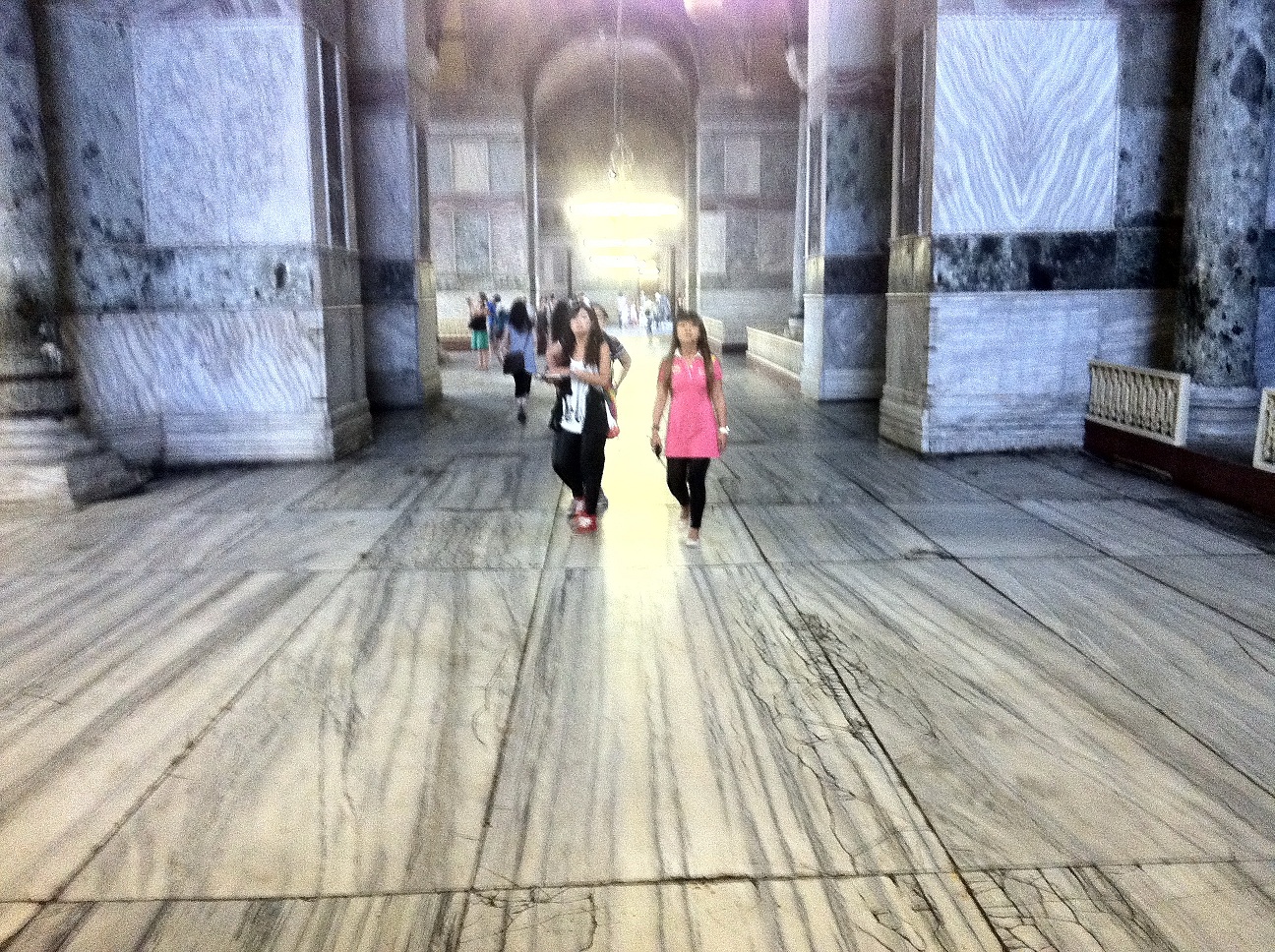 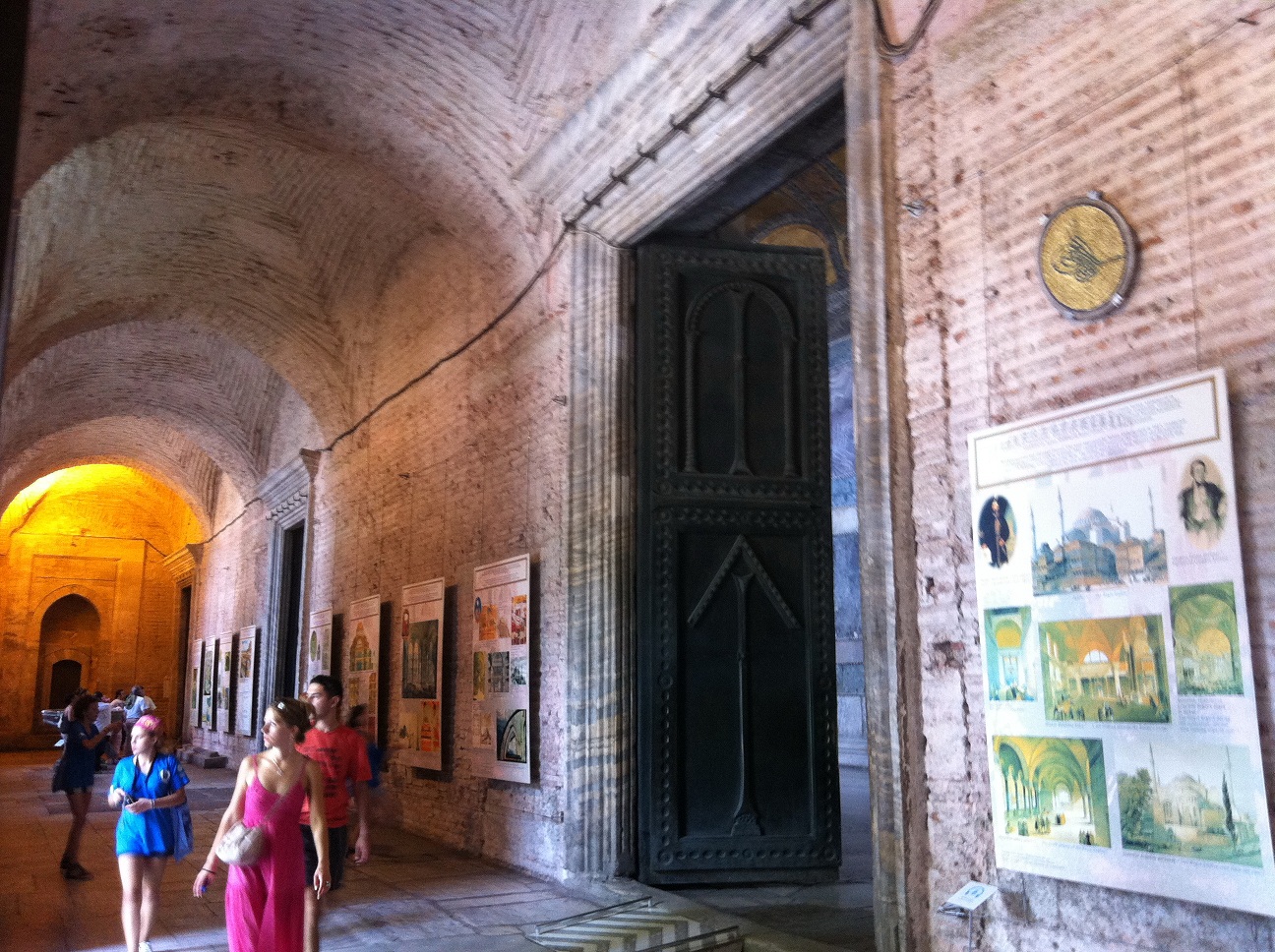 Apart from checking out the mosque, just hung around doing very little today. Will note something of interest… The price of clothes here are so cheap that it’s almost not worth doing laundry through a service unless you love your gear. Besides the obvious architecture, rich history and culture, Istanbul is a hot spot for shopping, best place I’ve seen outside of SE Asia.

Also hit up the post office, let me give you some adivce. You will be told to get a ticket, the English one will say something like 500 when they are serving number 93. You’ll wait for about 2 dozen numbers before you lose your cool and head to the desks. Then they tell you that letter mail has no numbers and there is no line at the desk to your left. I’m sure there is a skeleton corpse of some all too polite tourist who has been sitting there since 1987.

Not sure how much longer I’ll be in Istanbul, quickly becoming my third home.

P.S: Also contributing to the eDreams Blog, check it out.

7 thoughts on “The Stunning Hagia Sophia in Istanbul”