Did I have Swine Flu aka H1N1? 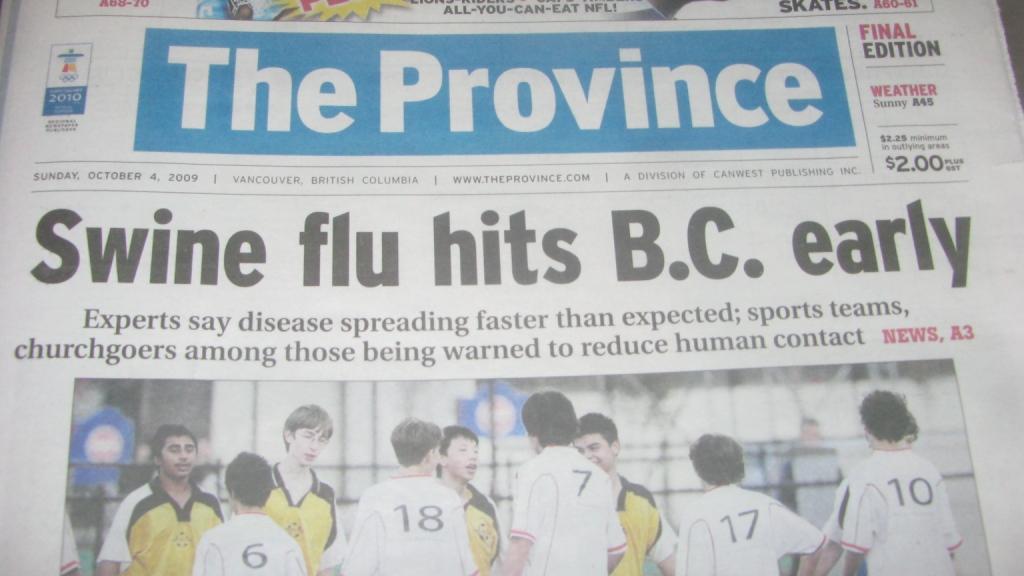 Was chatting with a Doctor today about why I’m only NOW starting to feel human again after getting kicked in the face by something on the 22nd of September.

After that, explained how I took the antibiotics for 10 days and shortly after the antibiotics finished, started feeling like the walking dead again for the better part of the last week.  Still don’t feel like running a marathon but it’s crazy how you can feel “amazing” while still feeling poor when previously you felt awful.

Long story short, the Doctor said it sounds like you had Swine Flu but beat it and as a result when the vaccines come don’t bother, you won’t need them. I guess that’s good news right?

What a way to start my day. On a more “positive note” I’m ready to go back to Vancouver then Vegas and get this “Adventure” really going. At the moment the “safari” level of this trip is akin to a trip to your local petting zoo. That’s all about to change.

On a side note, I eat bacon yesterday, the day before and am about to throw some on right now.