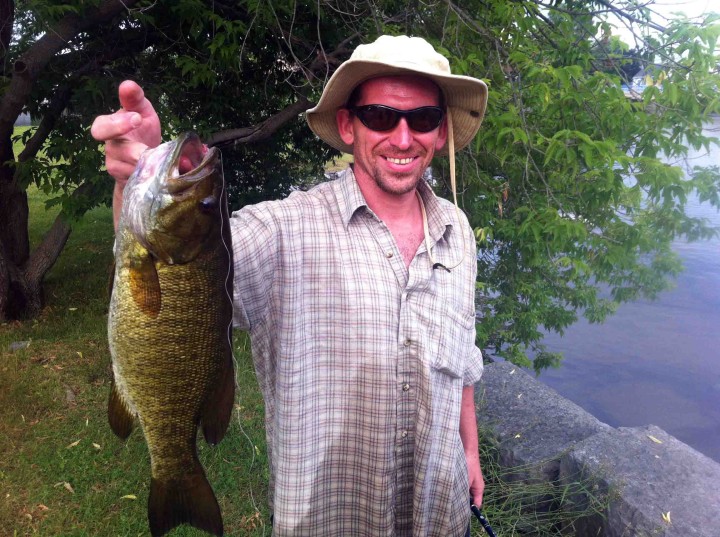 I’m writing this with a smile on my face from the shores of Sturgeon Lake at Macarthur’s Resort in Bobcaygeon that is part of the Kawartha Lakes region of Ontario, Canada. Myself and a friend named “Flips” left Ottawa with a mission and that was to do some Sturgeon Lake bass fishing. I’d love to have a photo of myself with the largest bass anyone has ever seen but it never happened. That said, the gent in the top photo definitely got lucky but more on him later. 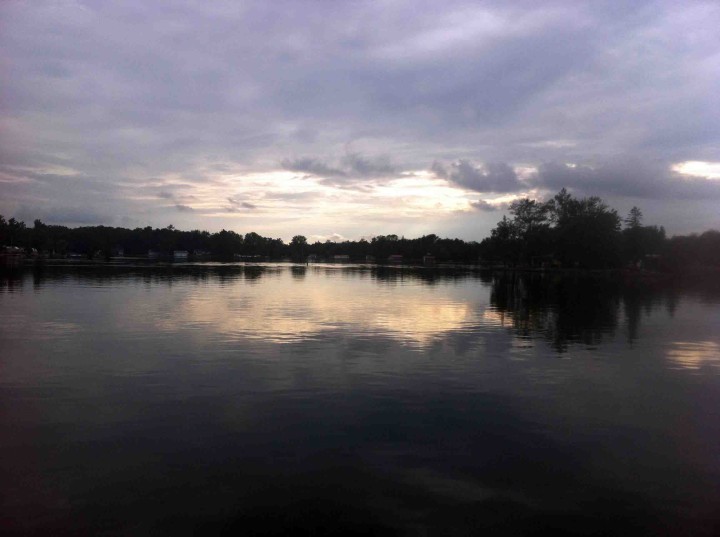 We arrived in Bobcaygeon on a Friday afternoon after a harrowing drive through horrific weather. Then, almost as though it was divine intervention of sorts, it cleared up not long after our arrival. The Kawartha Lakes area hosts plenty of fish species and I know it has musky, pike, smallmouth and largemouth bass, walleye, perch and others… Supposedly there is great musky fishing during springtime when the water is cooler and smallmouth bass will hit anytime of year. If you’re looking for any type of information on fishing in Ontario, take a look at GoFishOntario.com for more info. 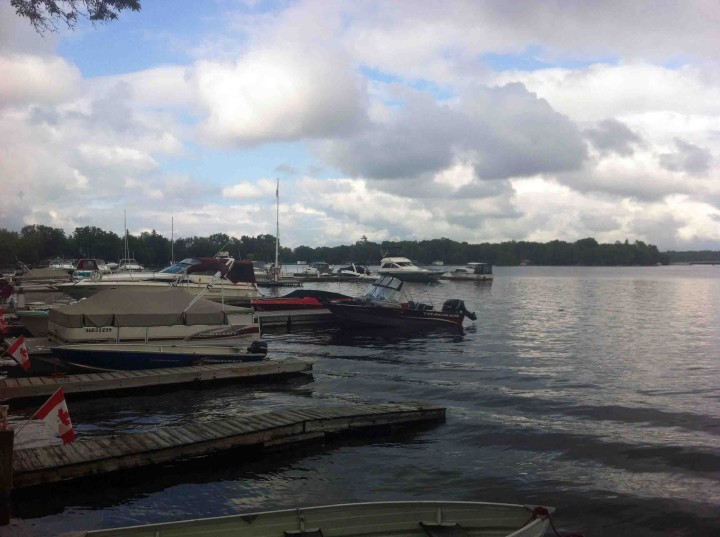 After checking in we got out our boat which was a 10 or 12 foot aluminum with a 9.9hp outboard. Sturgeon Lake is really big and Y shaped at that. We only toured the tip of this massive iceberg but got a taste for the type of fishing it offers. We fished with great vigor and zeal until sunset and didn’t catch much besides some sunfish and plenty of perch which aren’t anything special but still a good time. 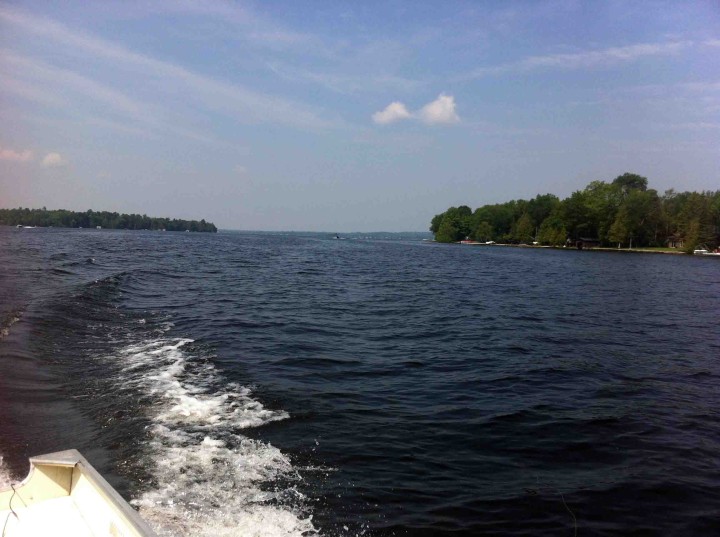 We were two gents on a fishing mission so after a few beers it was off to bed. By 6:45am we were back on the lake. The weather was confused and it was surreal sitting there in our boat as the morning mist lifted from the water in a thick fog and large fish were surfacing and jumping all around us. Supposedly when they are jumping they aren’t biting and after that experience, I’m a believer unfortunately. This large unidentified fish even jumped a few feet from the boat but nothing except weeds and sunfish at the end of our lines. 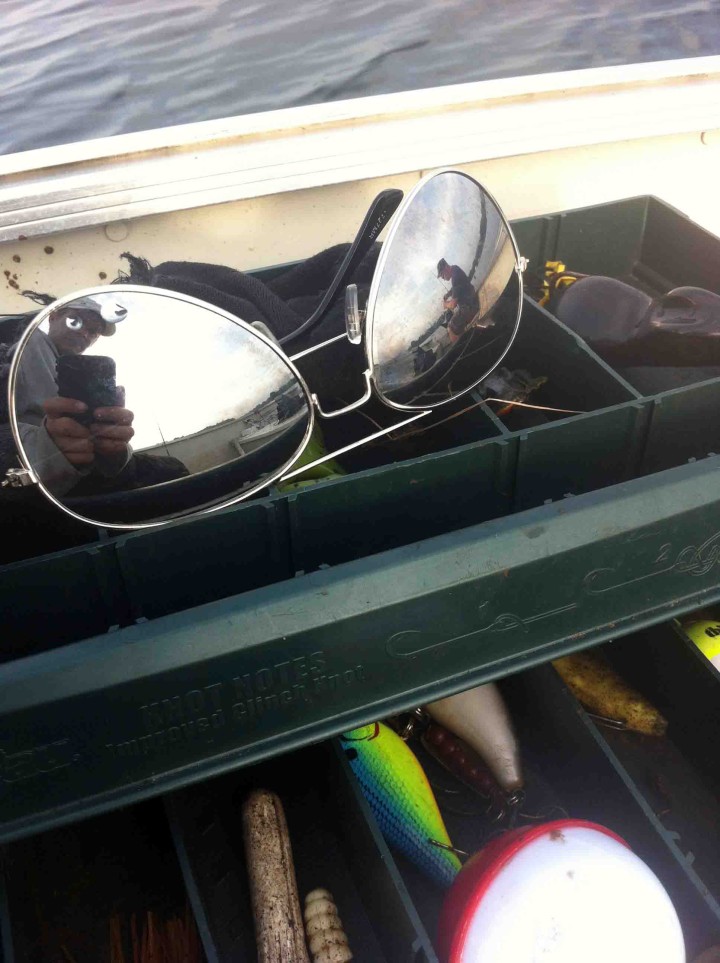 After a midday break it was back on the water and since Sturgeon Lake is so large, we probably only ventured two or three kilometers from our spot at MacArthur’s Resort. The resort had everything we needed and is located right near Lock 32 which is basically downtown Bobcaygeon and part of the Trent Severn Waterway. In this session we tried all sorts of lures in all sorts of environments and well, it wasn’t our day. The next morning I made a few casts off the dock with a worm and caught a decent largemouth bass, go figure?! 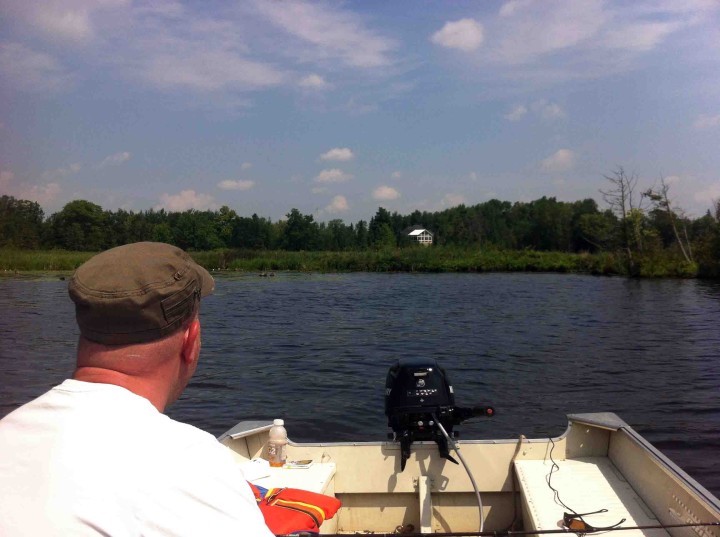 The following day it just poured and Flips left for Ottawa. In the evening I decided to mix it up a bit and visit the dam near Lock 32; you’ll never know unless you go, right? This gent I met named Jerry who is the happy fisherman holding that massive smallmouth bass in the top photo was pulling that lunker in as I arrived. He fishes there often and confirmed it’s a great spot but also agreed that they aren’t always that big. Nice catch Jerry! 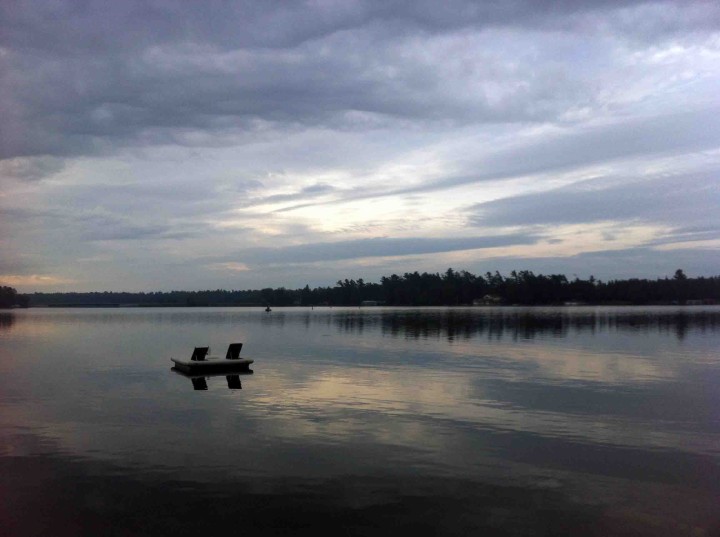 In closing, I’d like to thank Ontario Tourism and MacArthur’s Resort for their hospitality and I’m glad I got to experience a part of the Kawartha Lakes region. Despite being only four hours from Ottawa, it’s a part of Ontario I knew little about but now keen to further explore; especially when the musky are most active.

P.S: Stay tuned for more on this area which could best be described as “Cottage Country”.