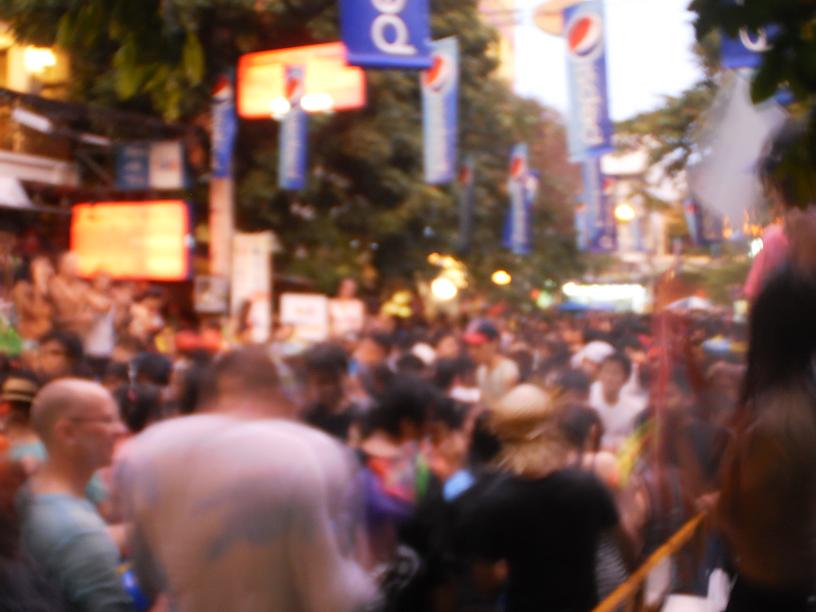 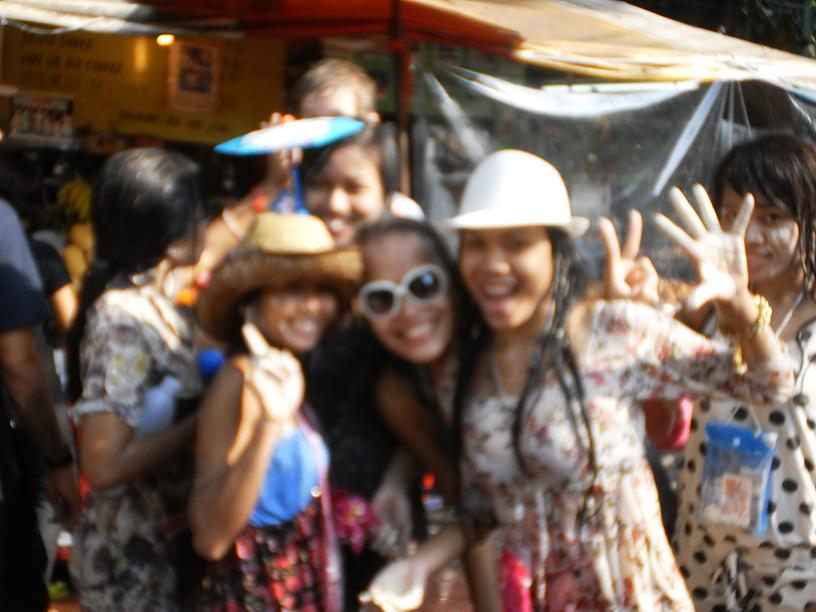 If you’ve ever wanted to know what it’s like to morph back to your 8 year old self with thousands of others doing the same, just go. Buy the 5000 super soaker model and get egregious. Khao San is so busy you can’t move. People dancing on risers with hoses spraying the masses as everyone is shooting everyone, dumping ice water on each other, pure bedlam at its finest. 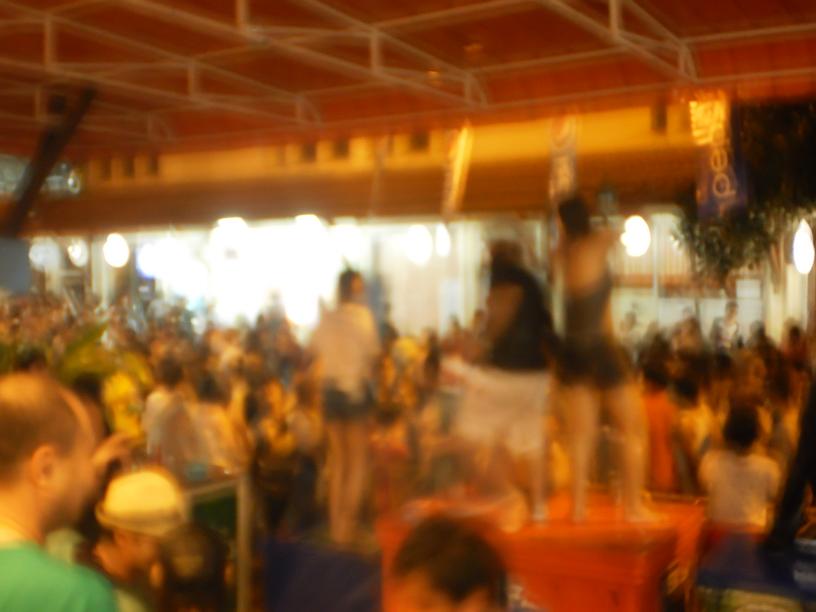 A few of the side streets near by were more fun in my opinion. On Khao San they charge you for water and it’s too crowded. Side streets are still nuts, still crowded but lot’s of restaurants just have a hose you can use to refill and reload. I enjoyed the super soaker and a 6L jug of water as the “grenade” as I liked to call it. Not into soaking people as much as one sudden burst to the chest to shock them, sorta.  If not you run out of water too fast. That said, if someone hasn’t gotten it yet, I”ll unload, naturally. 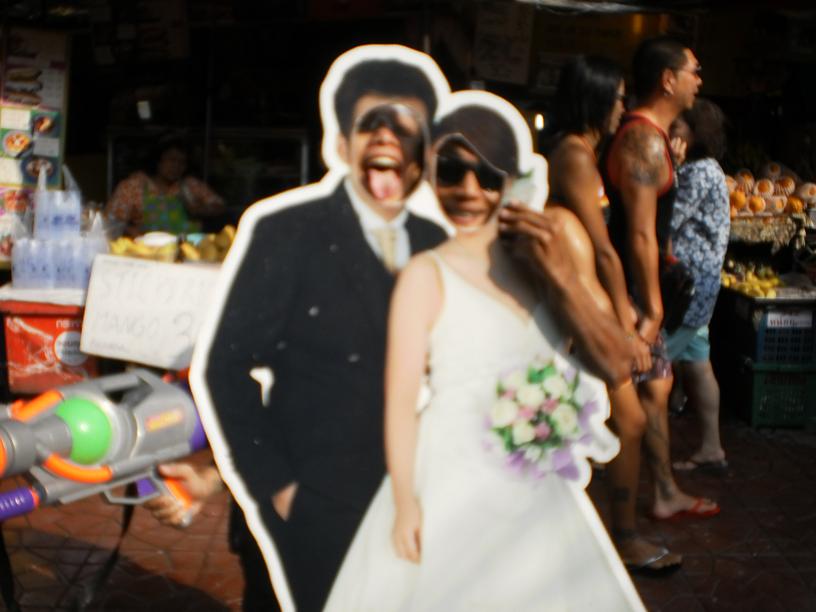 Held down the fort near Gecko Bar most of the day with random people who I never bothered to chat with. We were part of a small renegade rebel force not that dissimilar to what’s happening in Tripoli and anyone who wasn’t with us was against us. Old men, pregnant ladies, random cats with fancy moustaches and top hats, pet clowns in pin striped burlap blazers and hippy women who have never heard of razors. Everyone and everything was fair game.

Will note, of all the countries I’ve ever been, ONLY THAILAND could have this festival. Anywhere else you’d have people punching each other in the face and other such altercations. A few foreigners at times got all upset they got wet and it was like wow, you’re walking through a water fight warzone and you’re getting upset about being wet? Aren’t you on vacation? Naturally their protest only led to getting it worse. We’re like pirates, not to be trusted and do as we please.

The water fight is going on all over the country, people on the backs of scooters shooting each other, from tuk tuk’s, even pick up trucks with ~5 people in the back shooting and dumping buckets of water on people as they drive, it’s just something you need to see to believe. I’d heard of Songkran but never expected this…

Took some horrible photos with my horrible camera. Afterward ended up at some random bars before going to “Le Club” on Khao San. I’d go on about the rest of the evening but you wouldn’t believe me anyways and I don’t really care to tell you anymore. I will note, this lifestyle is great, if you have the guts, go for it and don’t ever second guess it.

P.S: This camera is so bad and can’t focus, not sure why I even bother with it.