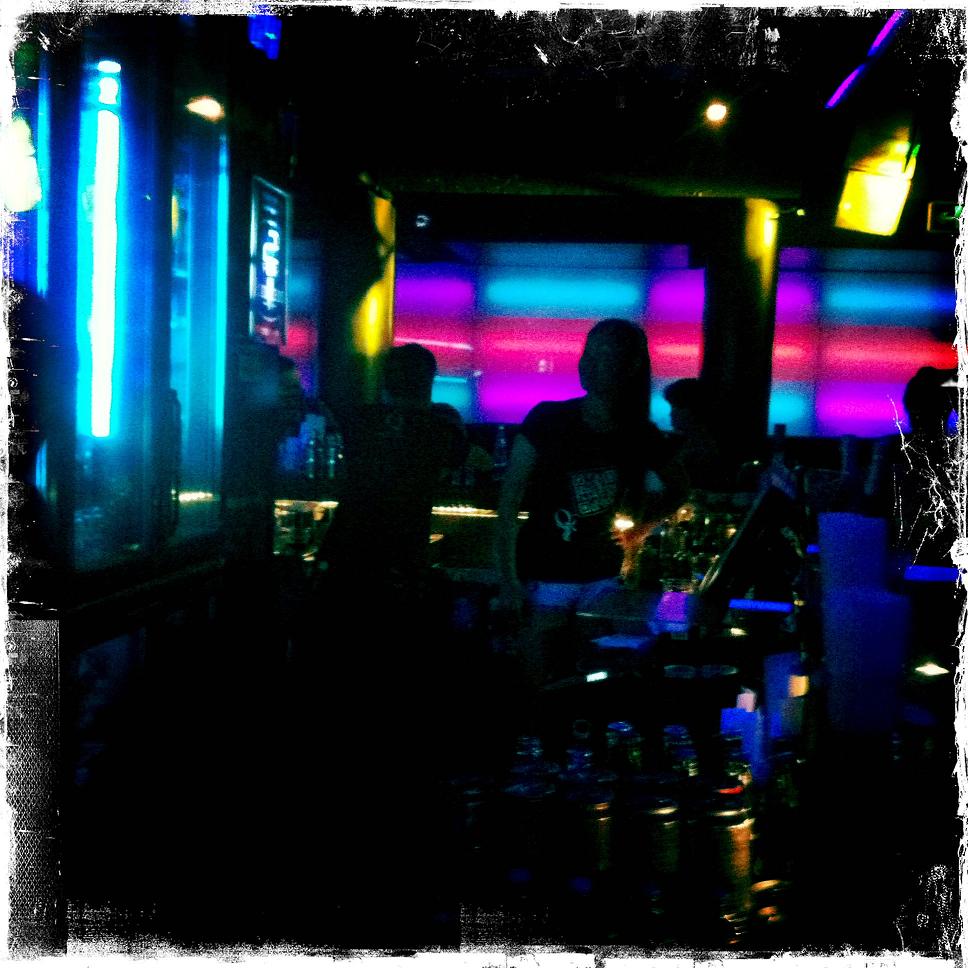 The other night I was invited for drinks at a place called Beerology in the Crystal Design Center, about 20km from the downtown core of Bangkok. What started with a drink at Beerology led to dinner at Est. 33 followed by after dinner cocktails at QBar before some enjoyable time on the dance floor of BED Nightclub. It was a wonderful evening. 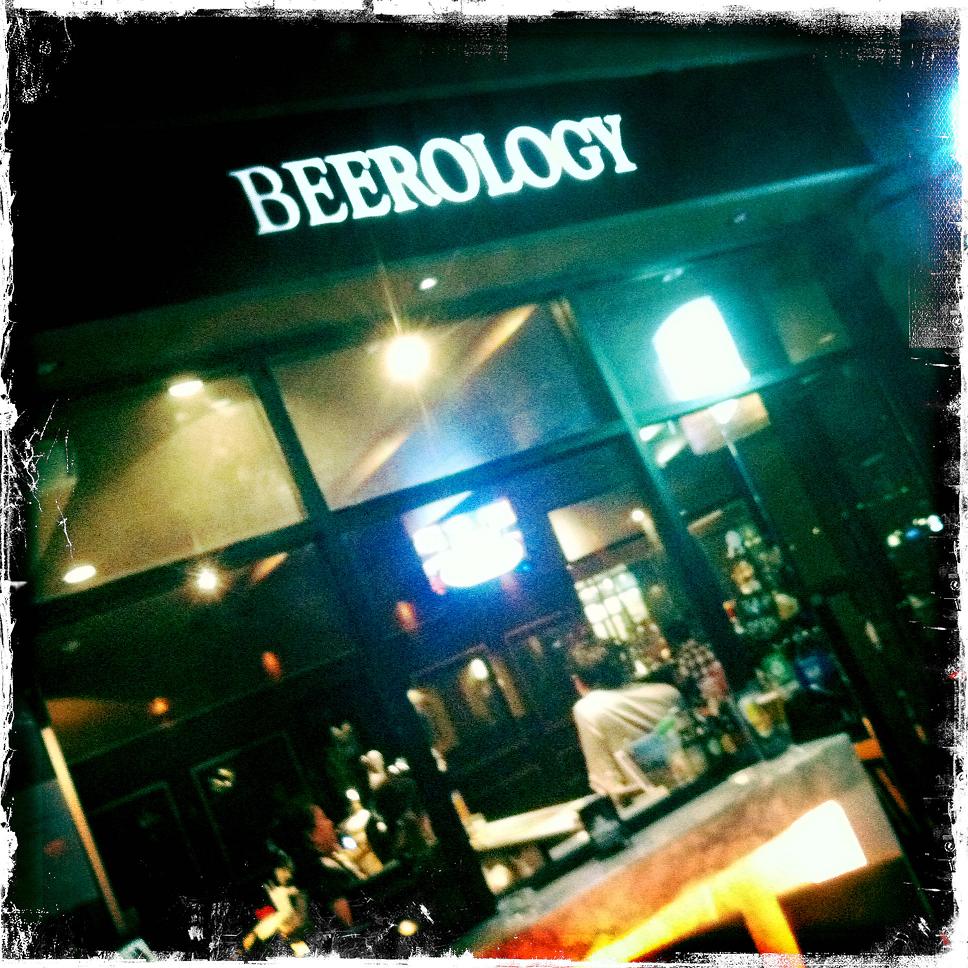 Beerology was sadly underwhelming. They did have a large selection of beer but almost none on tap. They also boast being a microbrewery but their house beer only came bottled. The place looked nice but was tucked away on the second floor and seriously lacked a “let’s hang out and have a good time” vibe. 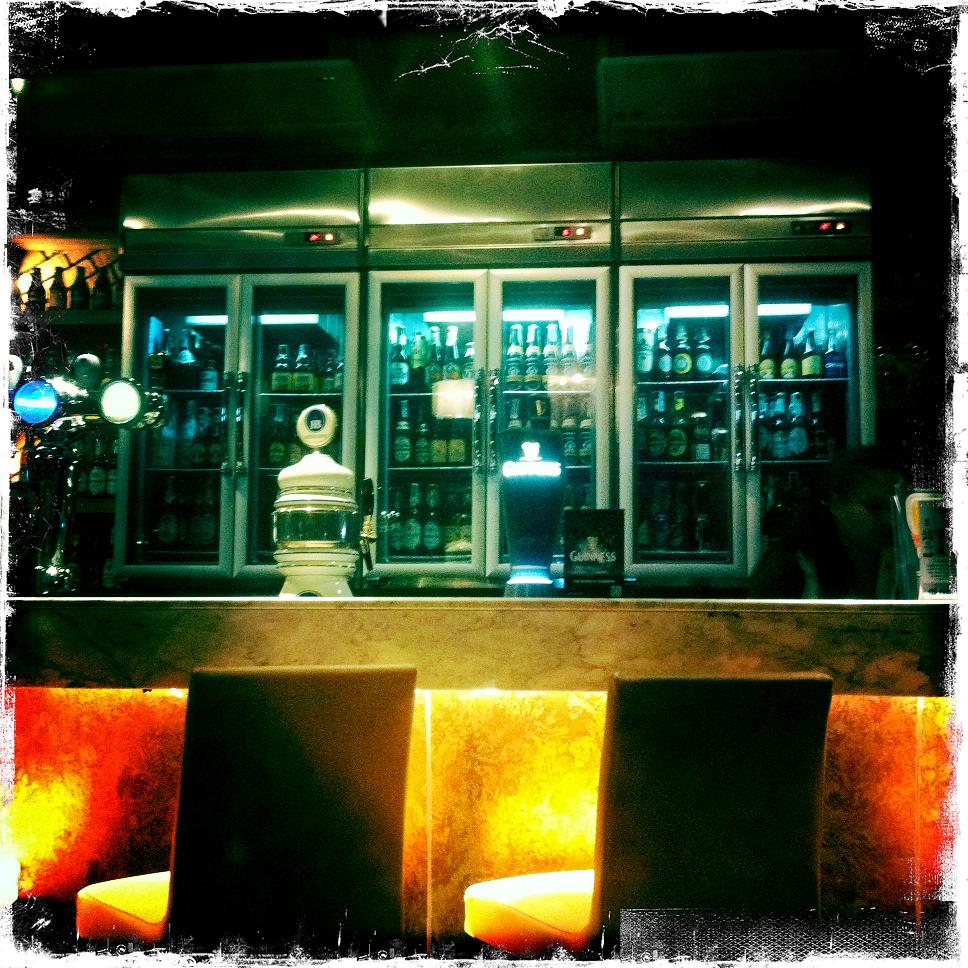 Suffice to say, we left shortly after our first pint.

Next up was Est. 33 which is a very nice restaurant that brews their own beer. It’s also owned by the company Singha Beer which was established in 1933, you see where they get the name from; yes? This place had it all, the layout was wonderful, the vibe was great and the food was delicious. They had three beers on tap which was perfect as it was a lager, copper and a dark beer. I opted for the lager, no regrets. 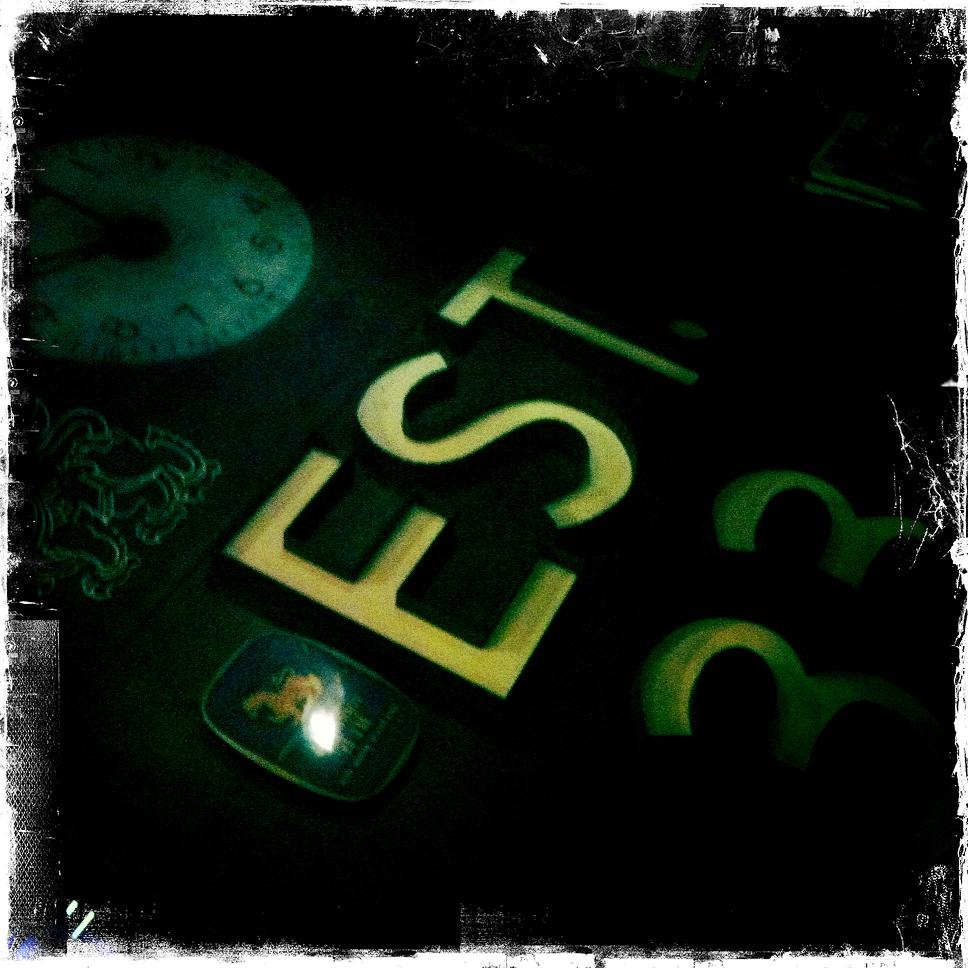 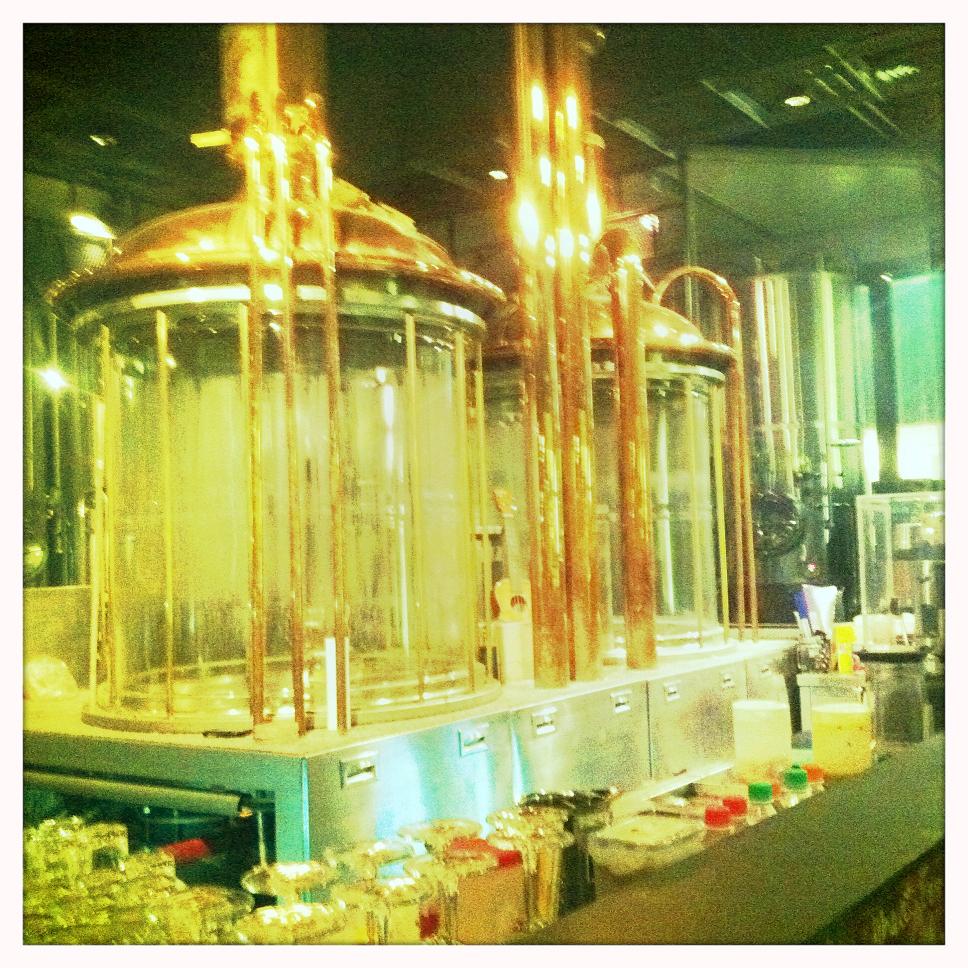 After a few beers and even more laughs the party moved to QBar which is on Soi 11 off Suhkhumvit. I had heard about this bar and even visited their blog before so was quite excited about having a chance to visit. They also host the “Grey Goose Lounge” so some vodka sharks were in order. My only regret was that having not had caffeine for ~5 months, a vodka cranberry would have probably been wiser. 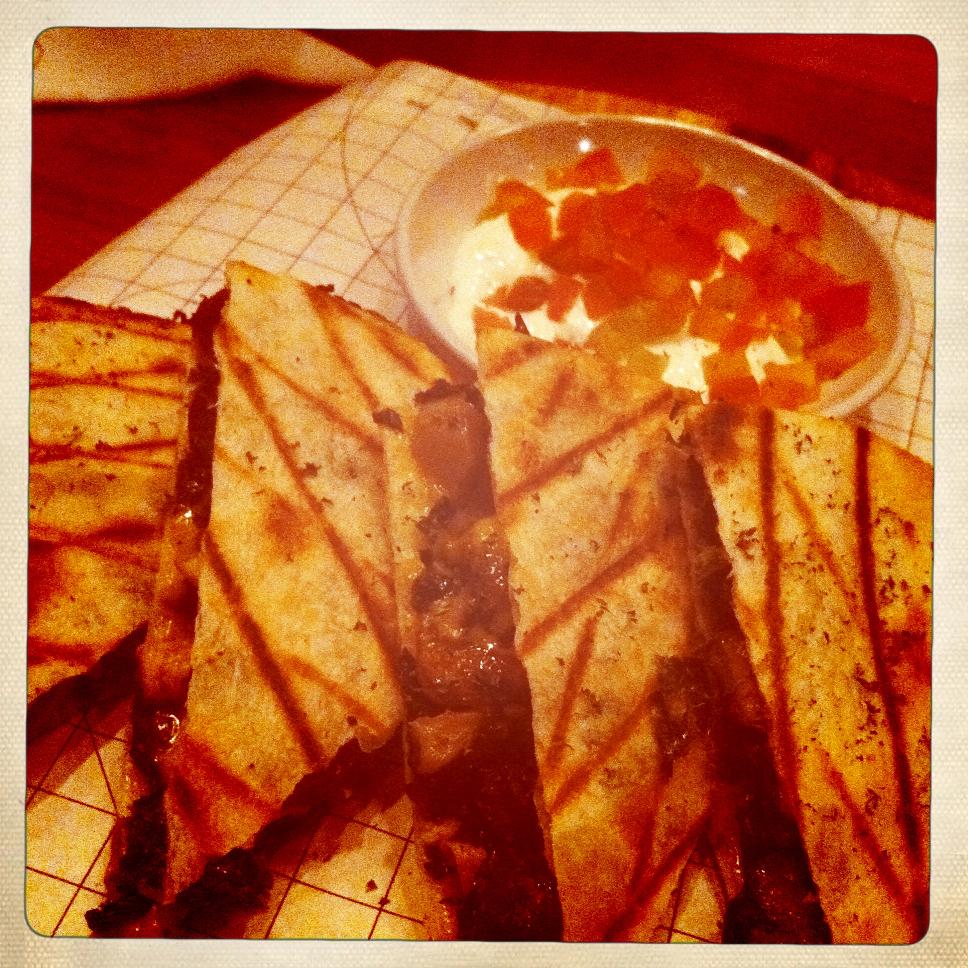 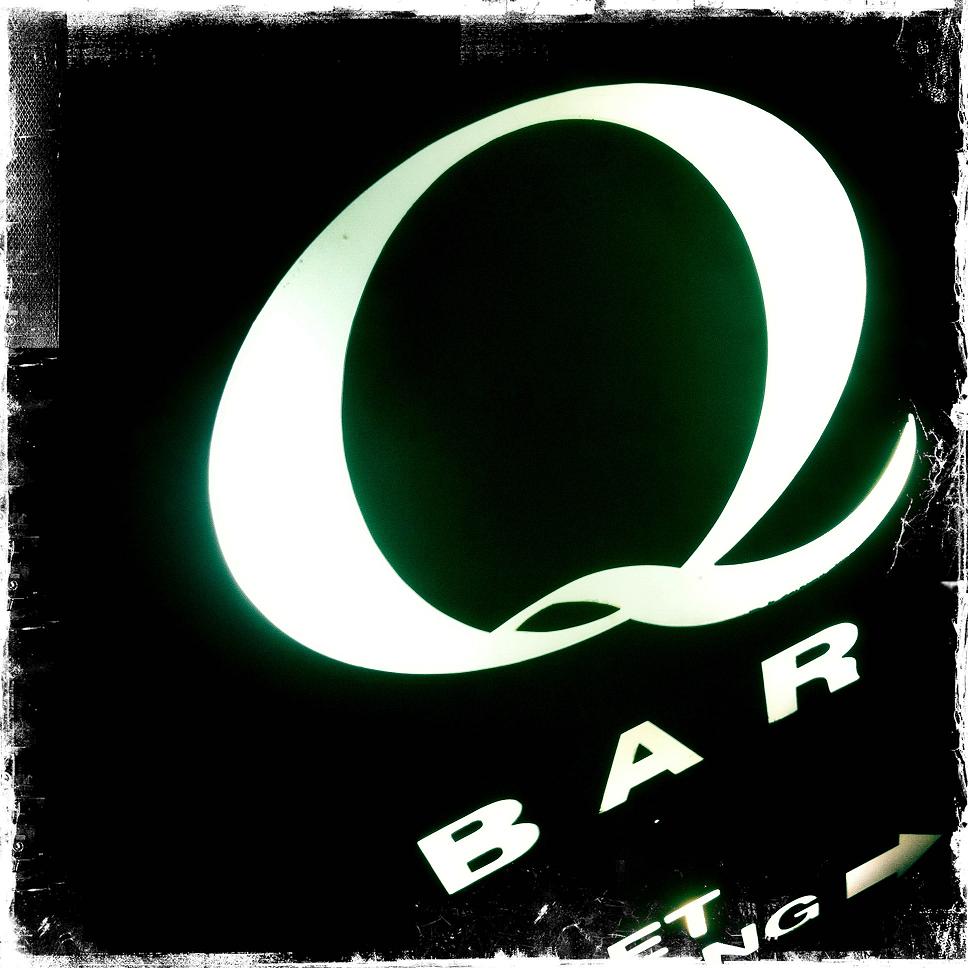 QBar has a very nice layout with a lounge type atmosphere on the top floor with a large patio. The ground floor is a night club which plays an eclectic mix of music that basically wants to make you move. A few sharks later and it was time for Bed. 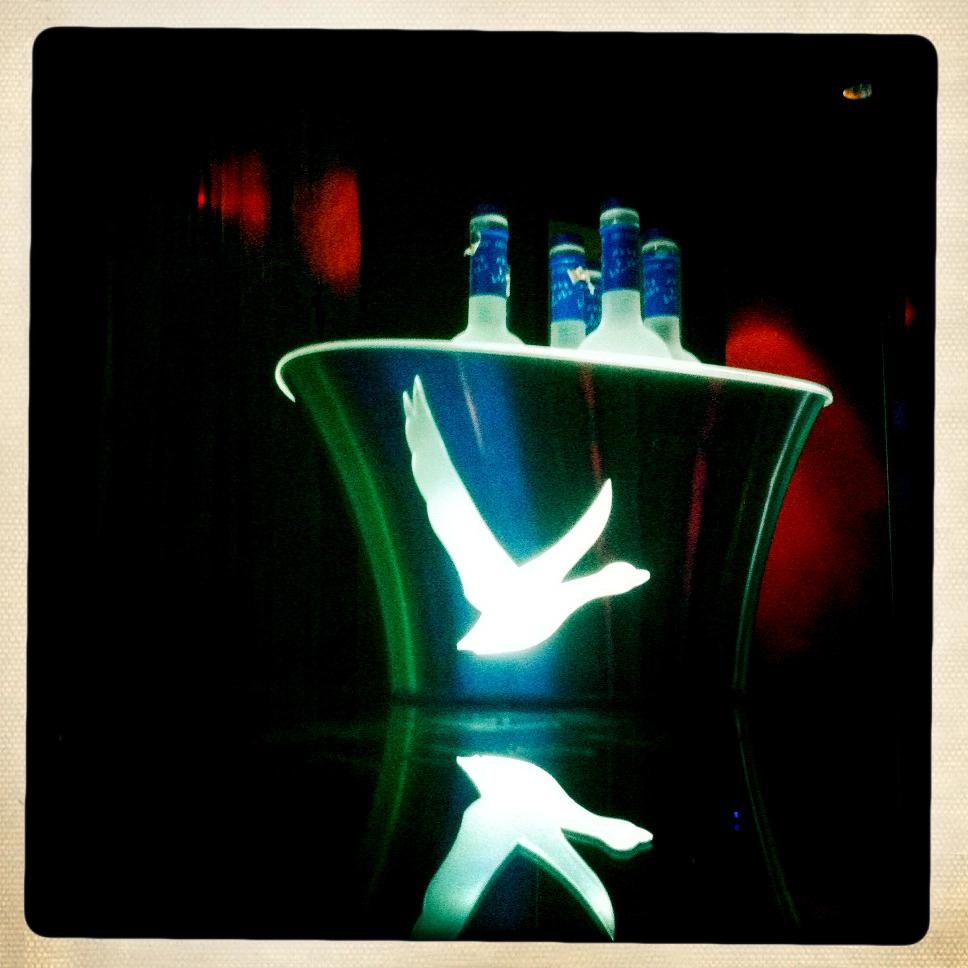 When I say it was time for Bed, I mean it was time for Bed Super Club which is just around the corner. This venue was for lack of a better word “Sweet”. Also in the white room, instead of couches it had massive beds which basically looked like couches but were big enough to be a bed, the photo explains more. 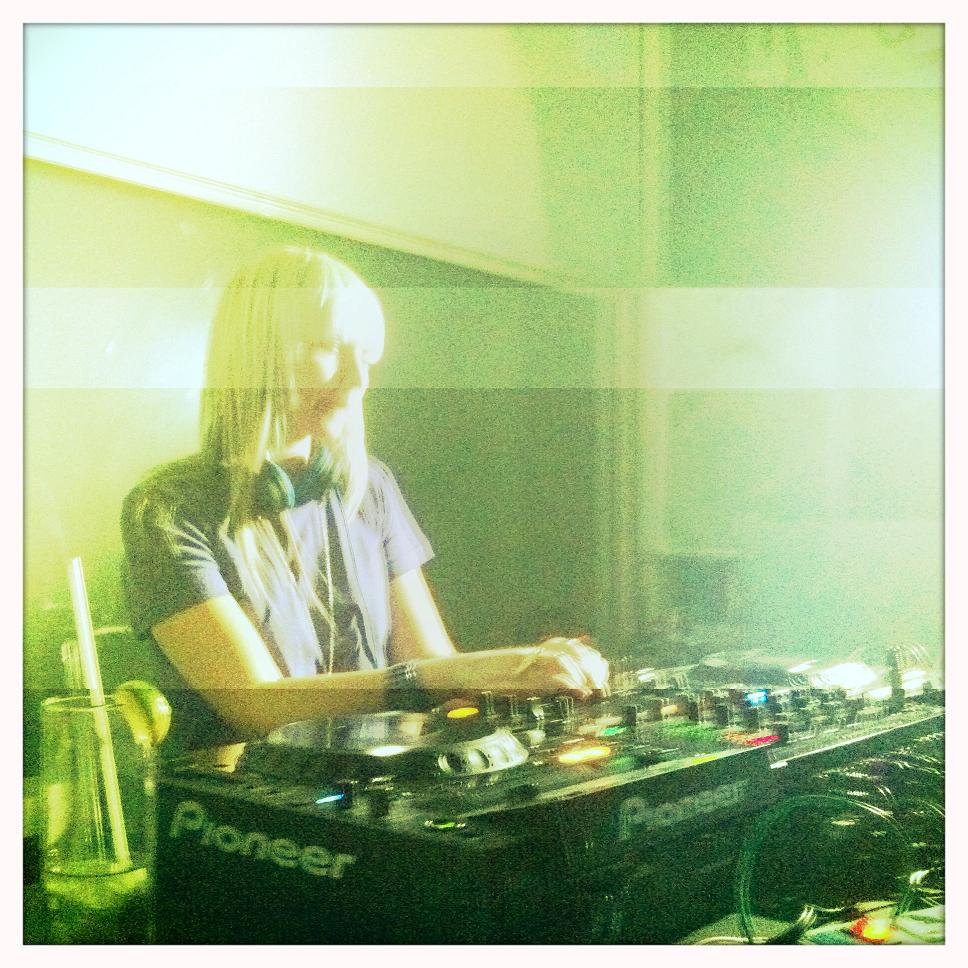 It was also quite interesting how the doors to either room looked like space shuttle or airplane doors, you’d have to see it to know what I’m talking about. The other room was playing harder electro music and had a lively crowd on the dance floor. 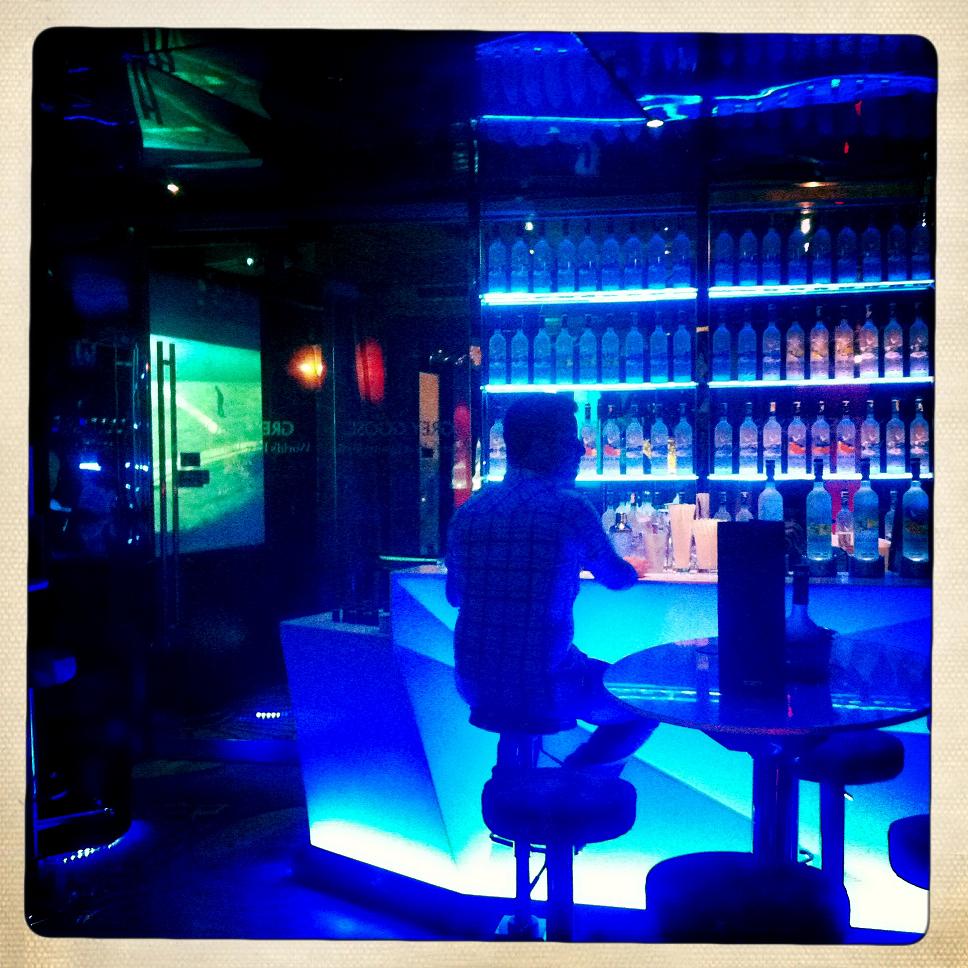 I will not be returning to Est. 33 or Beerology simply because they are too far out of town and I doubt the opportunity will arise again. If I was at the Crystal Design Center (CDC), would not hesitate to have drinks or dinner at Est. 33 again, thoroughly enjoyed the place. 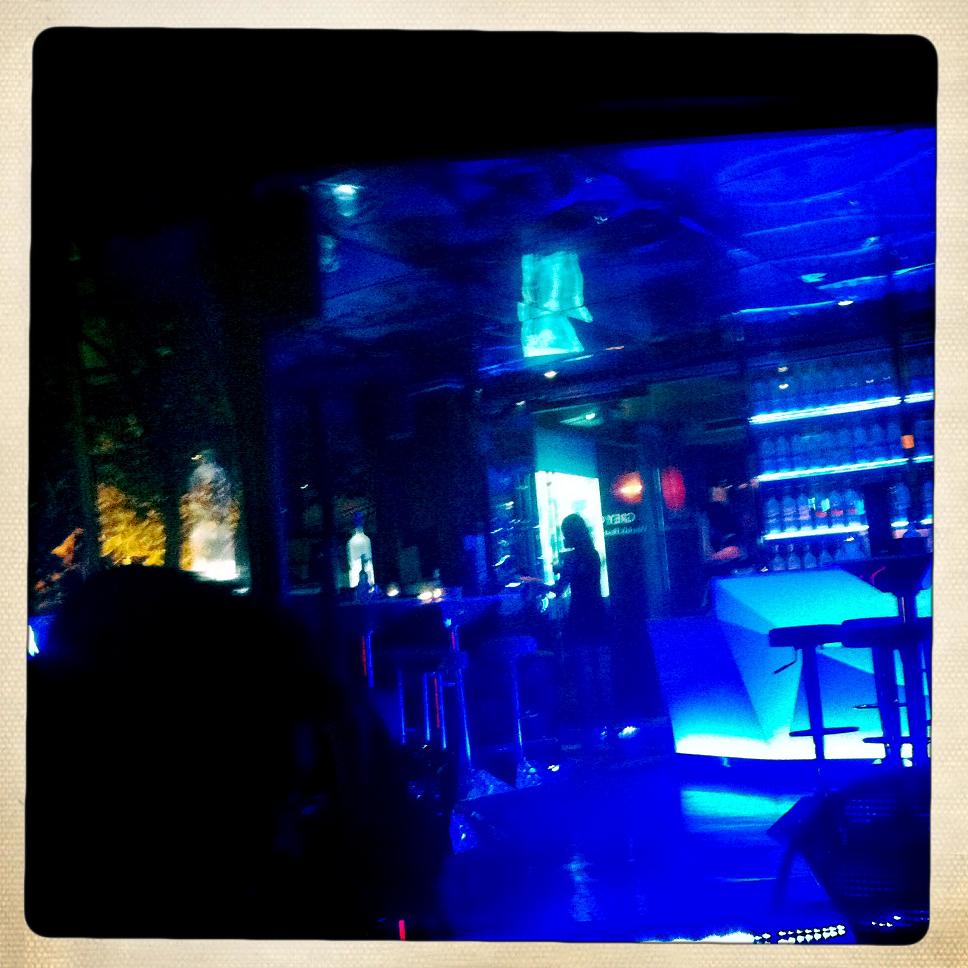 QBar & BED are both places I’ll most certainly return to. I’ll be at QBar to enjoy the Grey Goose lounge and partake in the festivities of the dance floor below. I’d save BED for later in the evening when really in the mood to let loose, if that makes sense. Both of them are very central and easily accessible by any mode of transportation. 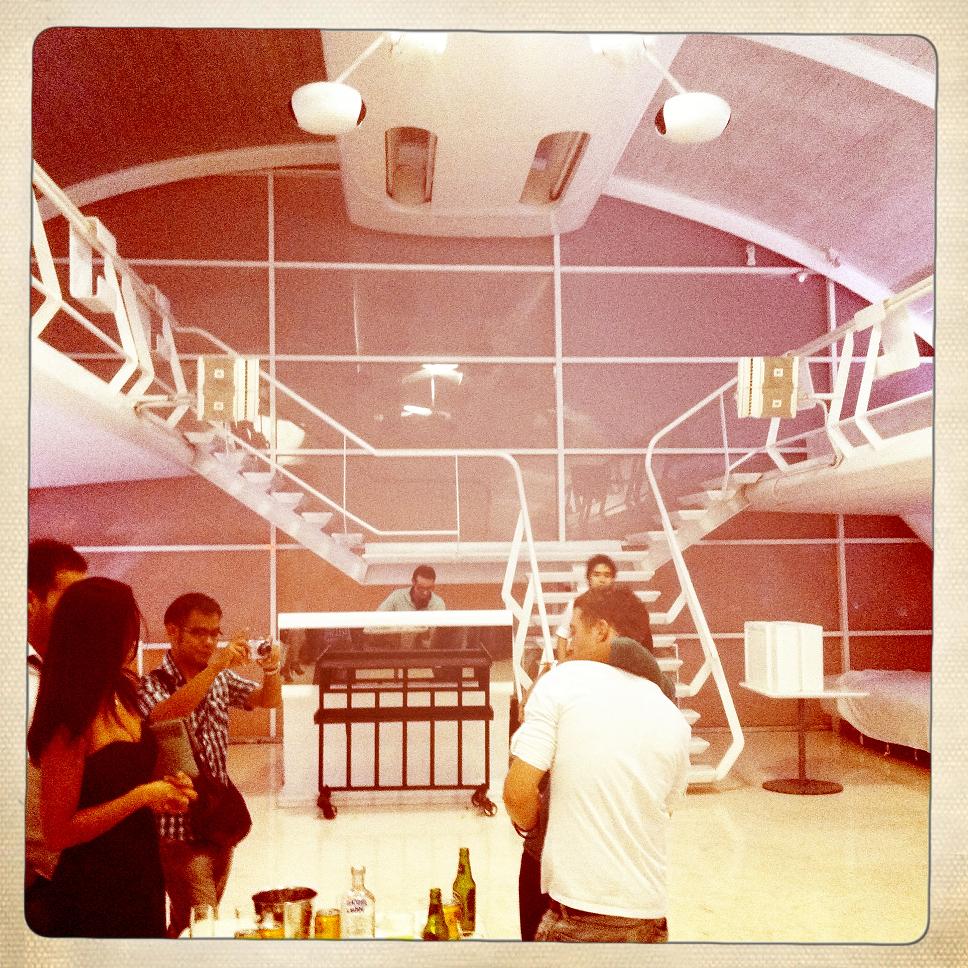 It was a great evening and a very pleasant change of pace. Many people come to SE Asia and love taking advantage of the plethora of bargains available. Yes, we can get beer from the 7/11 for ~$1 a pop and drink it on the street, what many fail to realize is that if you wish to up your game a bit, you can enjoy incredibly nice venues which cost roughly the same as a run of the mill place back in North America. 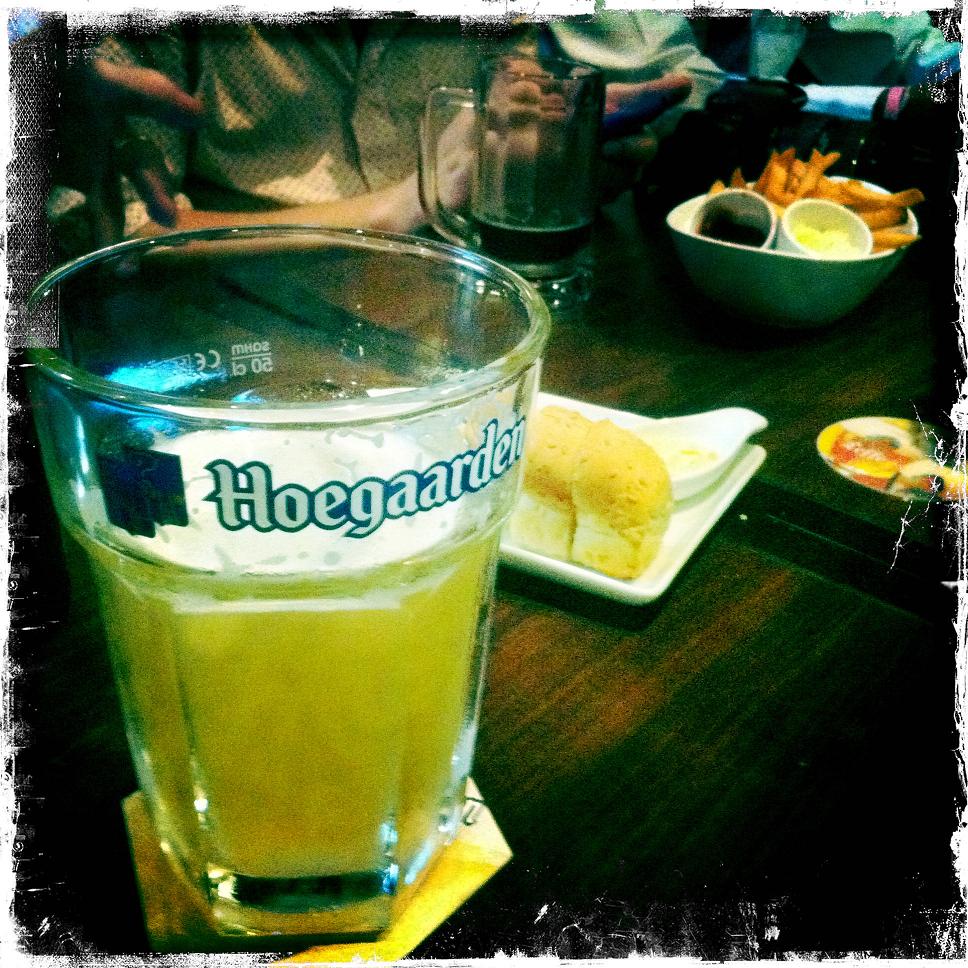 If you’re looking for some fun and don’t mind dropping a little more coin which is still basically like no coin compared to most places in the world, keep these places in mind. You’re welcome in advance.

7 thoughts on “Some Quality Nightlife in Bangkok”