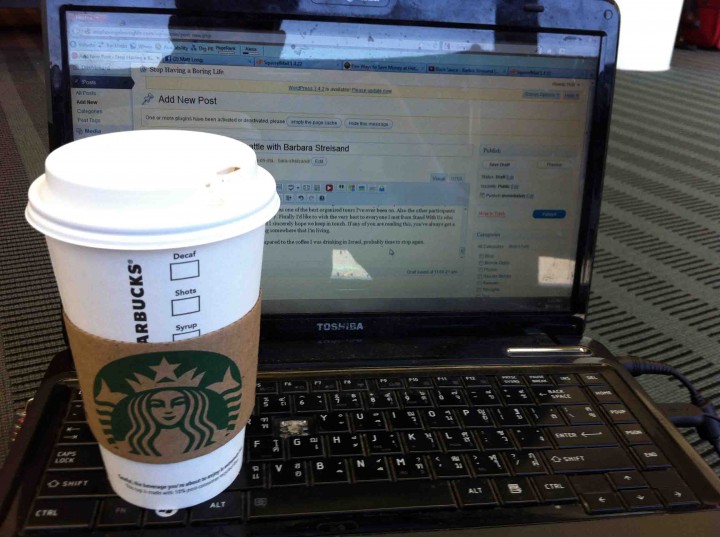 I’m sitting here in Seattle airport sipping on a Starbucks while listening to Barbara Streisand. I’ve been on the road for 19 hours now and am quite looking forward to my final flight home in the next 2 hours. Suffice to say the trip to Israel was unreal and definitely one of those trips I’ll remember for the rest of my life. It went by so fast that my head is still spinning but I’m sitting here feeling frail still grinning. Jerusalem totally blew my mind and the rest of the trip was pretty amazing in its own right. I mean Jerusalem aka no matter what religion you follow or followed or were introduced to, you know Jerusalem and it’s the mother of all “old cities”.

So the final day was spent seeing many heavy sights, so much so that I decided that I can’t do a typical SHABL update and have to space them out aka they all deserve a full post in their own right. Let’s couple that with the fact I slept a TOTAL of 7 hours in Israel haha forget the city that never sleeps, for me it’s the “Country where I never sleep” and I’m totally cool with that. So yeah, we checked out all the sights before I hit up a shoe store and picked up some slick kicks. Too bad I got them a half size too big and it’s been causing me egregious stress as I am cursed with shoes but I digress…

The airport was PACKED as it’s Jewish New Year approaching and let’s just say I ended up in the wrong line until I saw these two beautiful Belgium women who let me bud them (thanks ladies). The 12 hour flight from Tel Aviv to New York was a breeze and I slept somewhat solid the first 9 hours haha. Apart from that I chatted with my new friend Harry from New York and well that was that. Afterwards it was dealing with immigration…

Topic of immigration, leaving Israel is a bit of a hassle but no big deal. Let’s just say they are VERY THOROUGH. If you were going to hire someone to brush your teeth, you’d want them to do it because I’d certainly NOT get a cavity aka they leave no corner untouched. The immigration at JFK was horrific. I got this gent who had thin blue wire frame glasses that connected in the back, need I say more? He was kind and swift with allowing me in but EVERYONE in front of me got grilled and it really made me start to sweat as our flight was late and when you’re on a 24 hour trip, missing a connection is a lethal injection for the soul.

Now I’m in Seattle and can’t wait to get back home. Israel was seriously great and I’m already planning a return visit. It had an incredible vibe, great food and some of the nicest / most attractive ladies I’ve seen anywhere on this planet.  Also it’s like I got a small appetizer of what the country has to offer and I’d like to try an entree, so to speak. I’m barely awake and my senses have short circuited so I’ll end this update. Just know that coming down the pipe are some sweet time lapses and lots of photos of some of the most moving places on this planet.

In closing, I’d like to really thank everyone from Dig Israel. You know I had a great time but it was just so professionally run that you’d be shocked it was put together by students. In fact it was one of the best organized tours I’ve ever been on. Also the other participants were very fun and the group just had great chemistry. Finally I’d like to wish the very best to everyone I met from Stand With Us who helped put this together, you guys were great and I sincerely hope we keep in touch. If any of you are reading this, you’ve always got a couch or the spare room whenever you’re visiting somewhere that I’m living.

In closing, this Starbucks tastes like garbage compared to the coffee I was drinking in Israel, probably time to stop again.