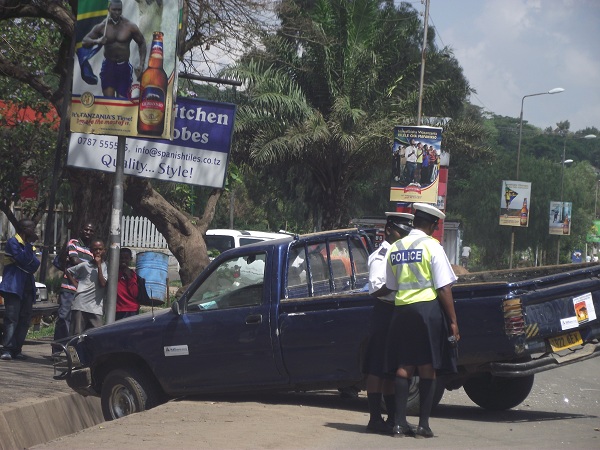 Make a call to a gent who runs an NGO and turns out he would like to meet later. Walk around town, check out bus times, go to the Rwanda Tribunal but it doesn’t open for another 2 hours, go to a Masai market, walk into random shops and generally just check out the sights and scenes about town. They dynamic sights that you can’t just show up and take a photo of. At one point thought there was a fire, then realized it was just a dala dala burning so much oil that it is unrealistic to try and explain.

Meet the gent and they have an NGO going on 50 acres of land in Pangani, Tanzania. It’s a project on sustainable living. Building a property that sustains itself and I’m not sure of much more. Usually several volunteers at once, and could be interesting. Considering I don’t farm or build, I’d build a blog for them to get the word out.

If so, leaving on Friday, not sure what will occur but it’s time to get a move on from Arusha and this sounds like an interesting endeavor, indeed it does. The visa in Tanzania is 3 months for $50 and I’m at about half that time now so why not!?

Just got home from basically a 7 hour walk. Walked through town all day before meeting the gent and then walked home. Must have walked ~15km today. You see a lot of people walking around here, if you aren’t on a time line it’s a nice way to travel. On the way I got my kicks fixed by a street side cobbler. Many will polish but a cobbler is a rare find. Fixed both shoes for 2,000tsh aka ~$1.33US which I’m sure is still expensive and “musungo” price.

Also ran into the guy I saw at the internet cafe that day I bought him some extra time. He sent me an email it turns out yesterday and is trying desperately to get out of Tanzania to study abroad. The vast gap between the have and have nots of this world is never more apparent then in a town like this aka the “gateway to the Serengeti”. The reality worldwide is that the rich are getting richer and the poor are getting poorer.

It was interesting day, the best part is that there is no water. Nothing like not having a shower after a 7 hour walk along the equator in Africa. Considering most people in this world do not have running water, some even clean water, it’s no big deal. If you walk through cities on a daily basis you recognize characters and characters recognize you.

Just like how in Bangkok the same bars have the same women sitting at the lottery machine 8 months later, many here have the same exact outfit on, for weeks! The concept of “clean enough” takes on a whole new meaning in many parts of the world. Felt good getting my kicks fixed for $1.33US on the side of the street while making small talk with the totes, moto guys and “I’m just chilling here” contingent. All whatever aside, he did a stand up job sitting down.

Totally unrelated, a lot of African countries speak French. I’m curious how the experience would be if you spoke the local language, it would make the place a whole new world and much fuller experience. Perhaps that should be on the itinerary.

P.S: The reason you quit your job and liquidate your life BEFORE YOU GO is that if not, you’ll have to return home before you’re ready. Regardless if a trip was 1 week or a 1 year, the last ~50% & especially 15% of the trip are spent kinda choked and anxiety ridden about the radical change of reality about to ravish your life.

P.P.S: The power just went out and the monitor has become a magnet for all types of insect. It’s a routine occurrence over here, generators are a MUST.