Playing the Royal Malta Golf Club in near perfect weather is a treat. The clouds were out which added drama to the photos and shielded yours truly and all the other players from the sun.

It also wasn’t that hot or that cold so shorts and golf shirts were all one would need. I got paired up with some very cool people and played a course that could best be described as classic and filled with character; it’s a royal golf course after all… 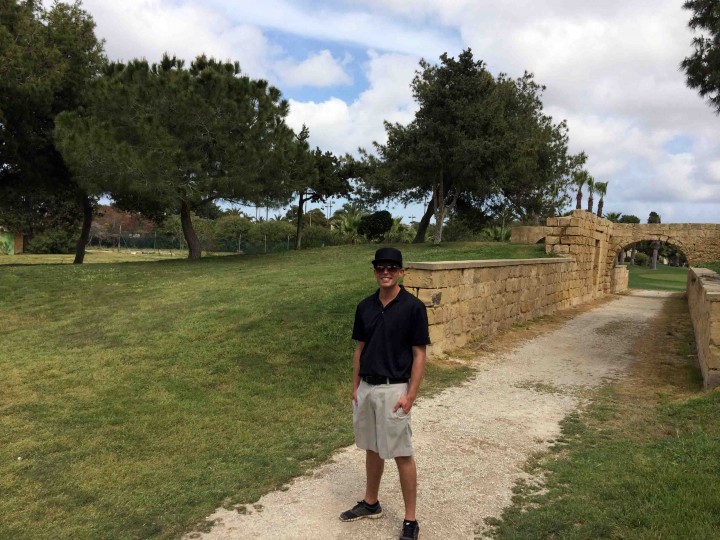 Where is the Royal Malta Golf Club?

The course is 18 holes and no more than 4km outside of Valletta. This means that if you rented a spot in Valletta you could easily play near daily. The course was unique if there was one way to describe it. You could tell that it was built long, long ago.

Turns out the Brits first started playing golf in the ditches between the walls of Valletta when they first came. In 1888 the course was built and today it still stands. The 100th anniversary was ages ago and the course was flooded so the club waited until last year which was the 125th to really celebrate. It was great times with members of other royal clubs from around the world coming to join. 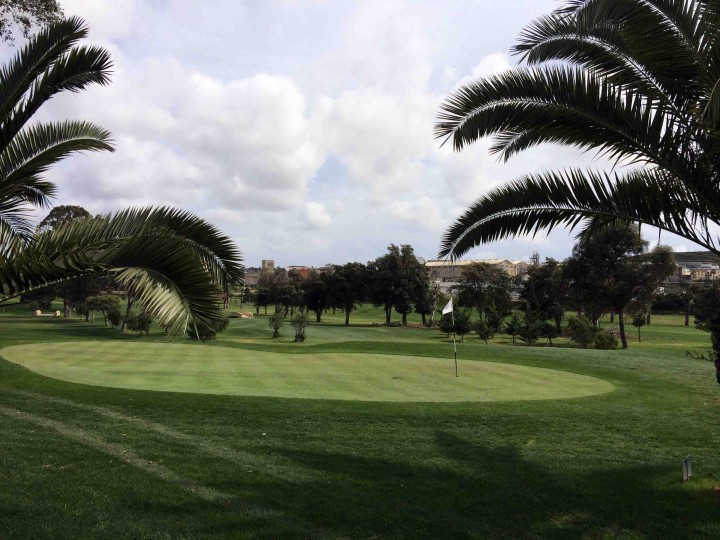 I arrived, got setup and when I got to the first tee I met a distinguished German gent who asked what time my tee off was. I told him and then we decided to play together. Turns out we had roughly the same handicap and much in common so a really fun game ensued.

There are lots of long par 4’s at the Royal Malta Golf Club and there are plenty of mature trees lining the fairway to penalize players. It’s also quite open without a lot of serious trouble so it is quite forgiving if you miss hit your shot. The course is fair but if you want to score well; you need to control your ball flight and putt well. 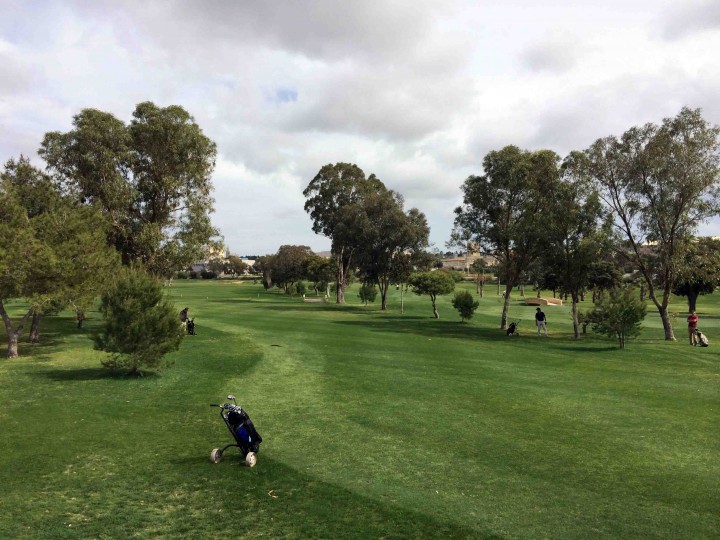 My putter was on fire for the front 9 at the Royal Malta Golf Club and then went back to ice. What’s different is that it’s one of the only course I’ve ever seen that has a chapel. It as built in 1489 so how could they even think of moving it?

Supposedly there is still mass once a year just for the heck of it. When we got to the 9th hole, we met a group of two gents and joined them as there was foursome in front and it just made sense; if not we’d all be spending more time waiting than playing. 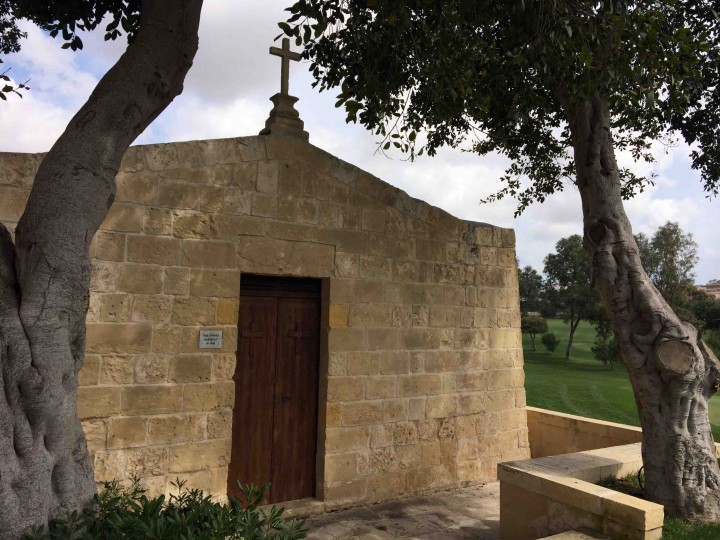 What I liked most

What I really liked about the Royal Malta Golf Club was that every hole was unique. Also, the greens in general were quite fast so you had to really dial in your short-game. I haven’t played in a while but my wedge was either red-hot or ice-cold; what else is new?

I’d say the back 9 is easier than the front but I still scored better on the front with a 43. That said, if you’re paying to play, score is secondary to the time you have. When you’re strolling a quality course, the whole world melts away and that’s why you play. Make a few great swings and score well? That’s a bonus. 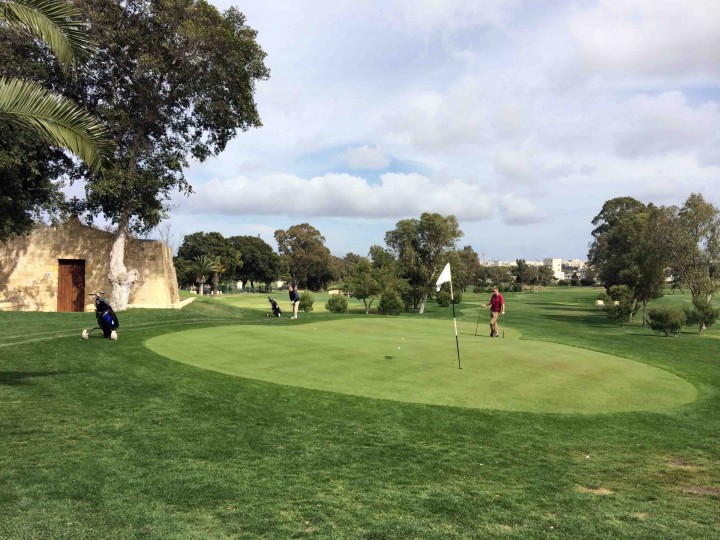 After the 18 was finished myself and my friend from Germany went for the 19th hole. One must as it’s the only civilized thing to do. We were also joined by a gregarious French gent who sailed here on a yacht. He was excited that there was a golf course on this small island. Golf is one of those games that reminds you a lot about life. It’s not about the destination or the outcome but the journey. 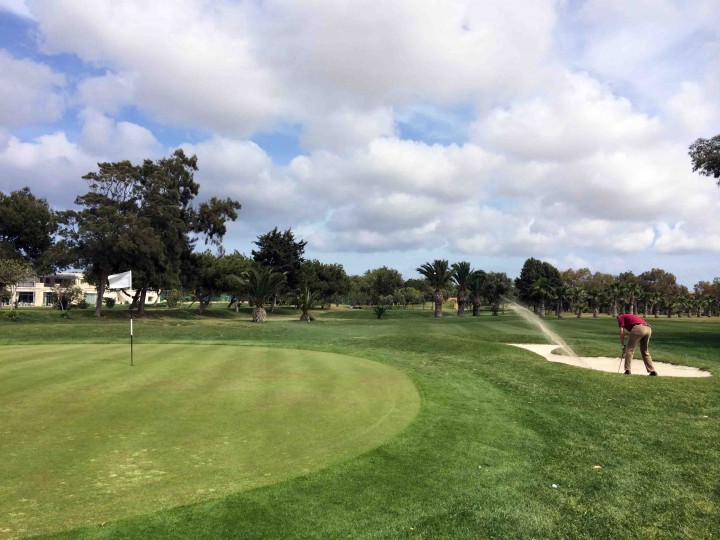 Every golfer visiting Malta should play the course

If you come to Malta and like playing golf; play the Royal Malta Golf Course as it’s a unique golfing experience. Also, the green fees are roughly 75E for a round with rentals and a cart. Supposedly memberships are quite reasonable. Malta is beautiful so the idea of renting a flat in Valletta a month or so a year is appealing. That and getting a membership has most certainly run though my mind.

If you do come and need to rent clubs, don’t worry. All the sets sets looked to be of decent quality. I had alright clubs but my new French friend had another set which were prime-time.

Big thanks to the Royal Malta Golf Club for their hospitality; a fantastic afternoon. This was a great ocean level course, would you like to know about the other extreme? Read up about La Paz Golf Club which is the highest golf course in the world.

Later this evening, went to La Mere for dinner then Paceville to indulge in the island’s nightlife but more on that later…

This post was made possible as a result of the Blog Island Malta campaign which was created and managed by iambassador in partnership with the Malta Tourism Authority and the support of Air Malta.  As always, I’d like to thank them for putting this initiative together and including Stop Having a Boring Life in the action; obviously all opinions are my own.

5 thoughts on “Regal Round at The Royal Malta Golf Club”