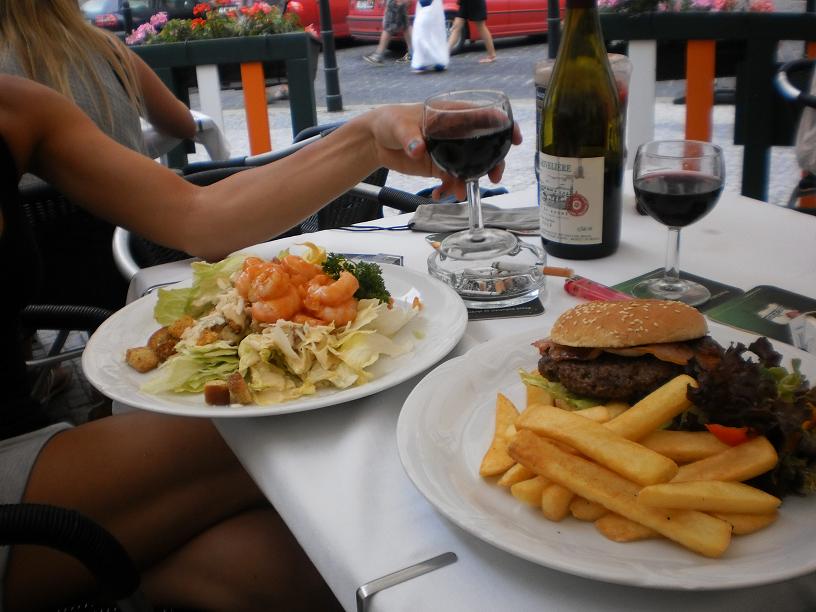 It’s been a wild time here in Prague. The city is extremely interesting and supposedly one of the only cities in Europe that did not get destroyed in World War II, as a result, everywhere all the old architecture stands firm. Really enjoying my time here and I recommend you come visit, it does remind me of Krakow, Poland. 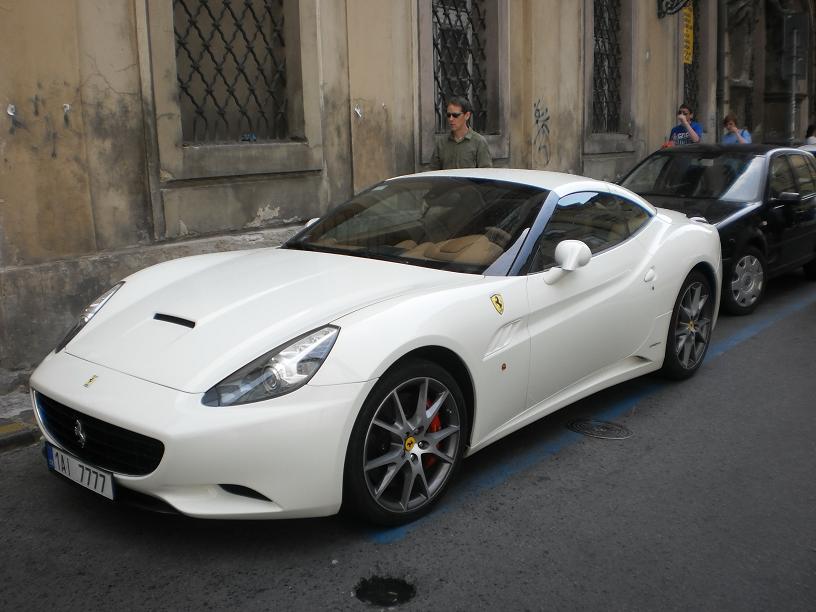 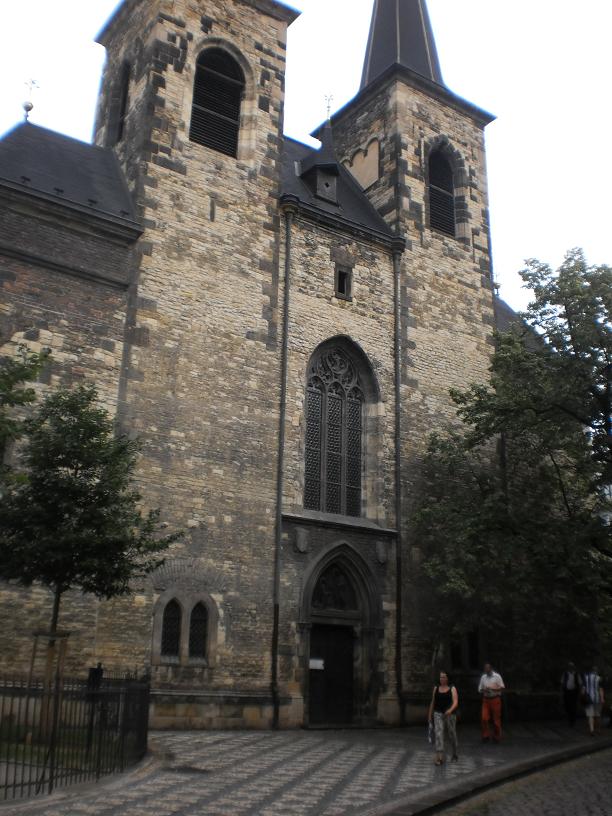 If you’re leaving a night club really late at night, you better watch that meter, we left the 5 storey club at 5am and the meter was jumping so fast at 200 I caught him and by the time we stopped it was 500, he was a big burly dude, I told him he ripped us off and I was paying him 200 not a penny more, he took it then sped off leaving us in a cold rain in the middle of nowhere, I use no maps but I always remember landmarks, a short walk later, we were home. 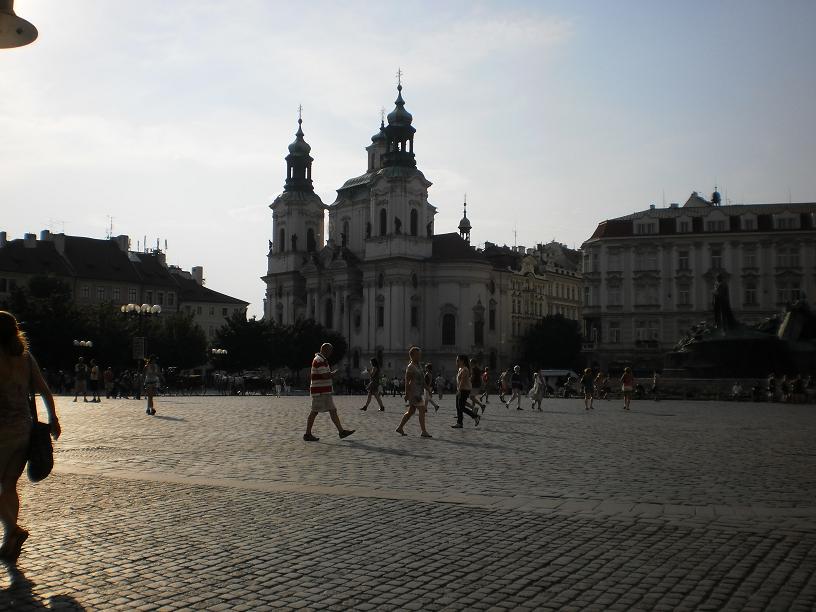 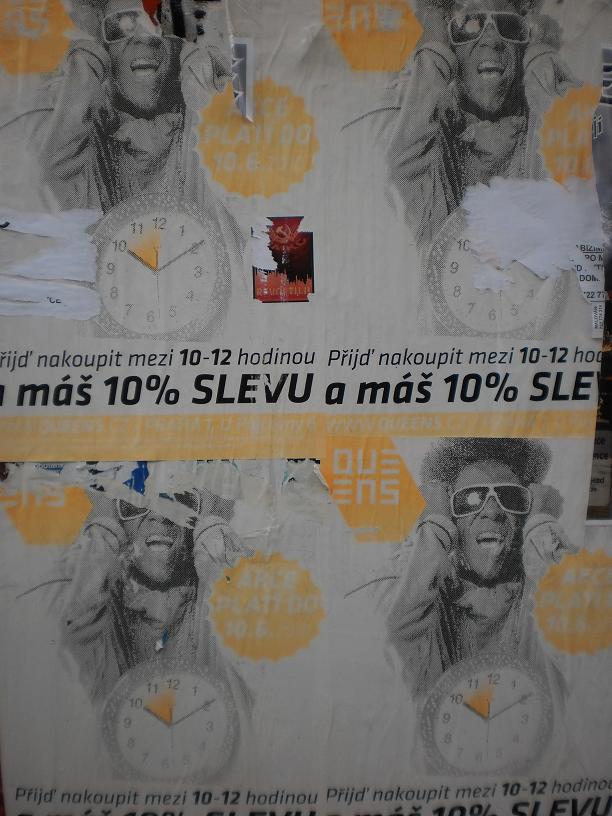 The lady I’m enjoying the company with is really cool but when one of your best friends in the world says “Dude, you gotta msg this girl, she’s Czech and in the area” well, you do it, yes? The beauty of traveling alone is that if you are open minded with a chill demeanor, you’re really never alone but with new interesting people who are very similar to you, regardless of where they are from. 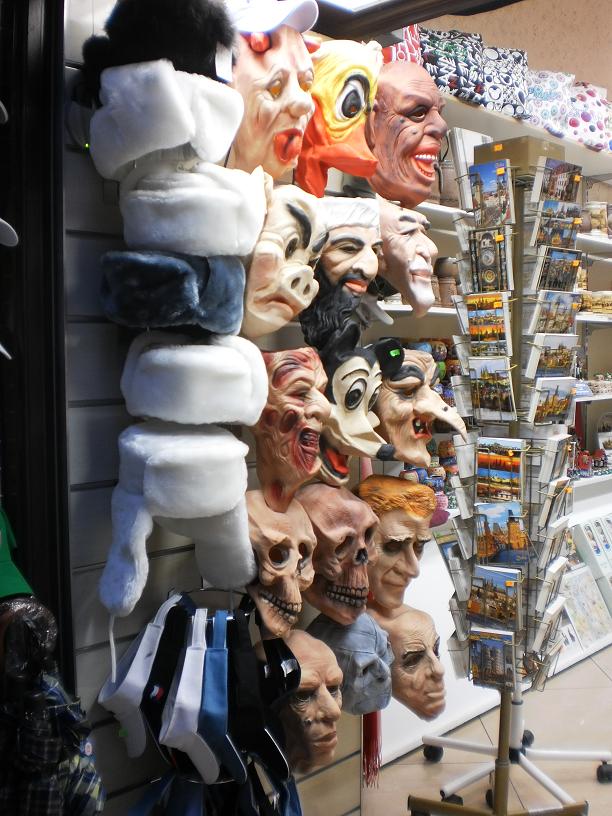 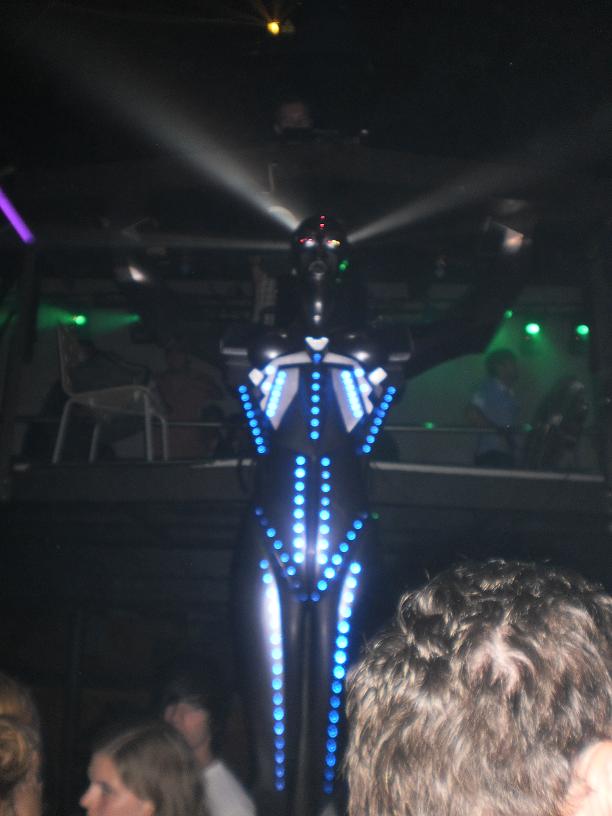 Instead of eating in town square, been picking stuff up and going to parks, hanging out by the rivers and doing stuff like that. I will note that someone asked me if it was expensive to travel the world, the reality is that it doesn’t have to be. If you do not go to expensive clubs, drink in the town squares, you don’t spend that much. The hostel I found is perfect although it ranks lowest in Prague, just remember this… WHO FILLS OUT THE SURVEY’S? No one I’ve ever met… 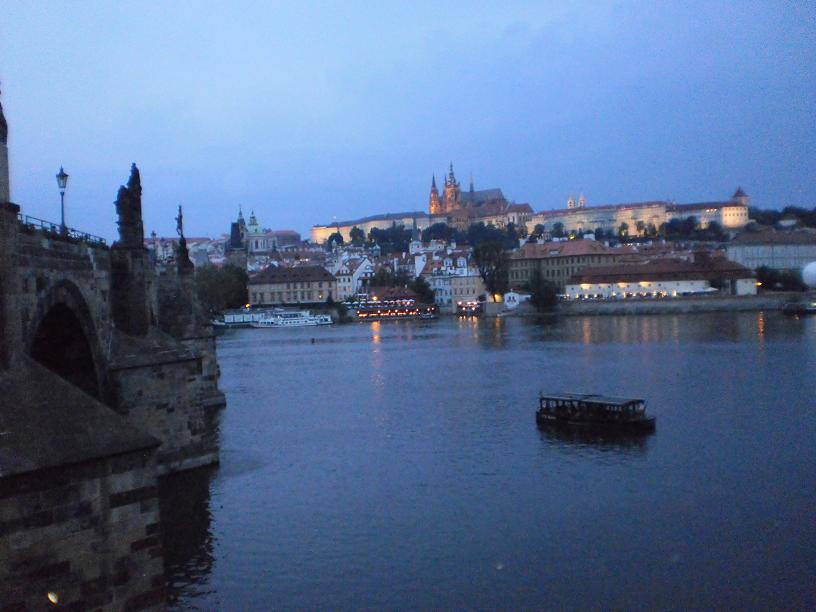 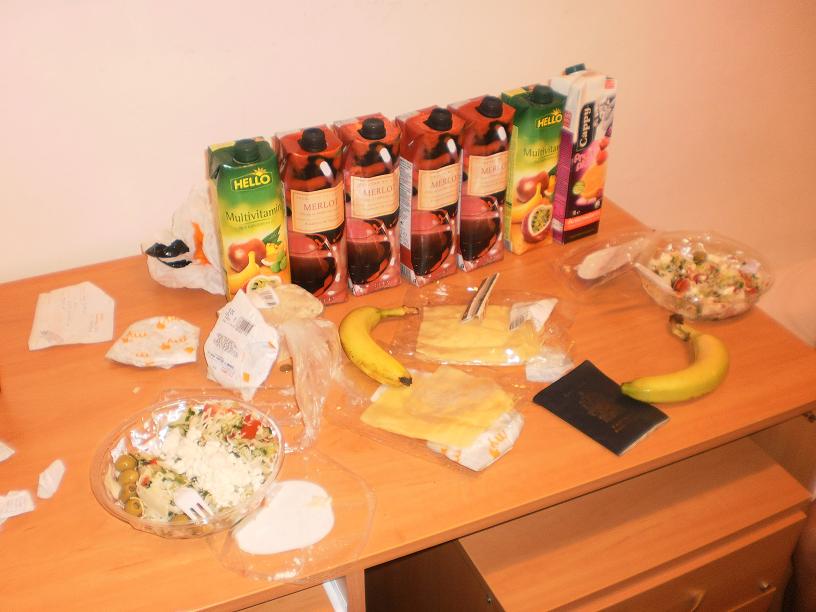 Lot’s to see and do, waiting to meet one of my good mates from Lagos here tomorrow then shortly after going south. I need to be in Finland for the beginning of August, I smell another “bender train trip in the making”, indeed I do. I still need to make it to that lake I don’t know why but something about it is calling me. I told him I’ll be in townsquare at the statue at X oclock in a tuxedo and a top hat doing jumping jacks, no way he’ll miss me. 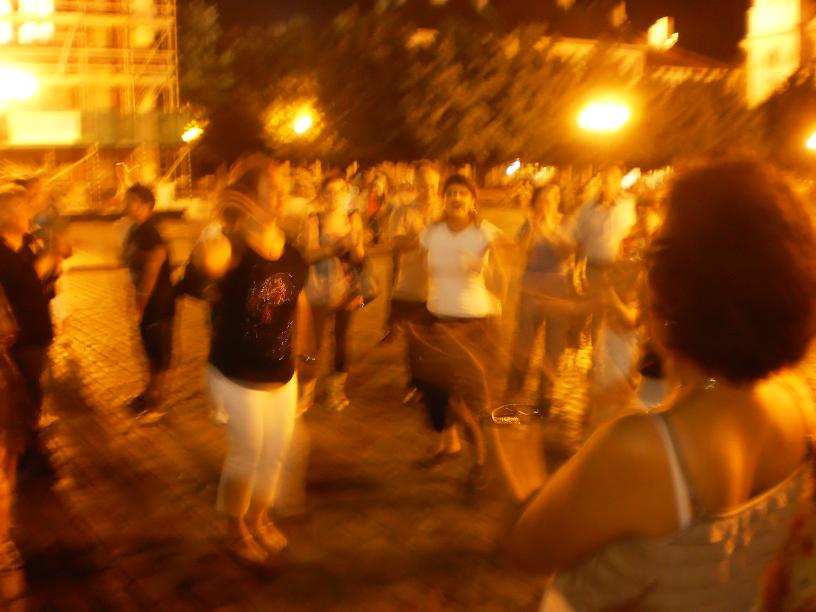 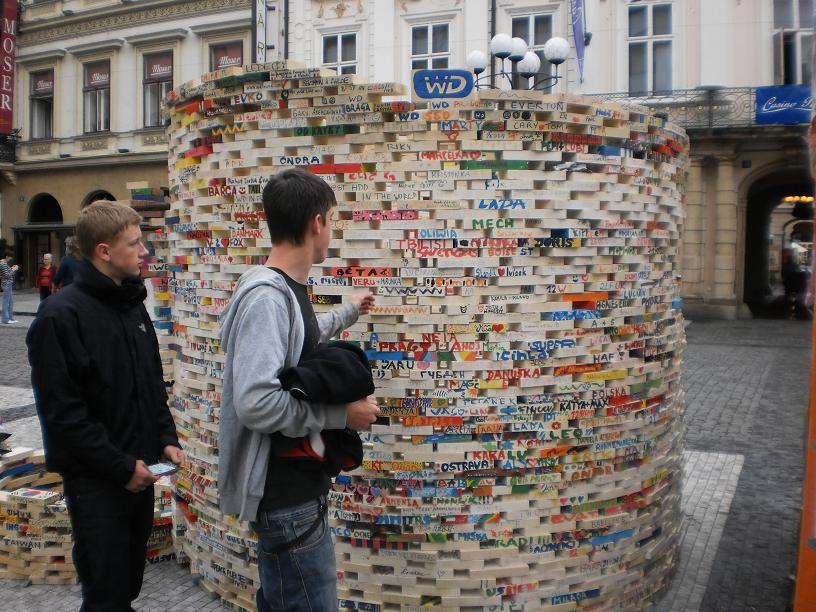 It’s Saturday aka the “Deadzone” on the internet but I don’t care these pictures need to be uploaded. I will note that Prague has a plethora of top end cars, the nicest cars I’ve seen in Europe to be exact. If you’re doing Europe, come to Prague, it is that simple… 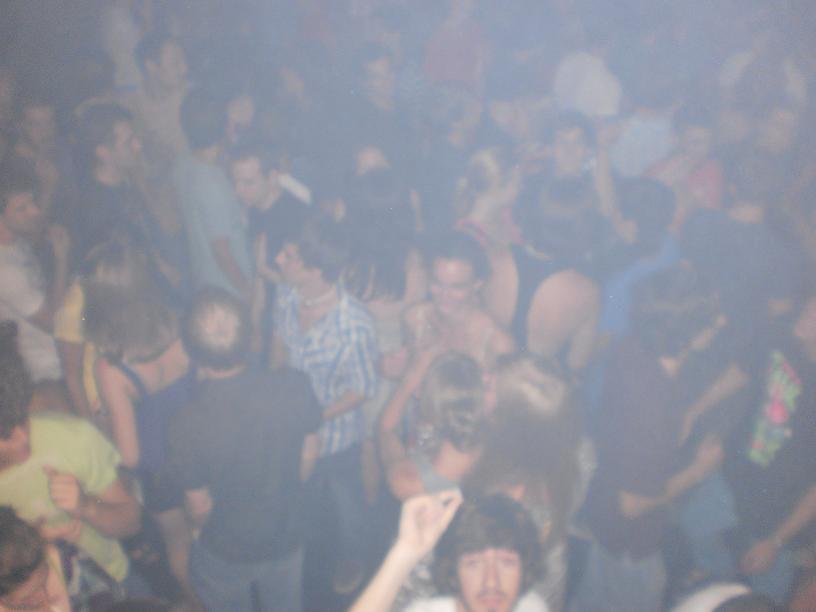 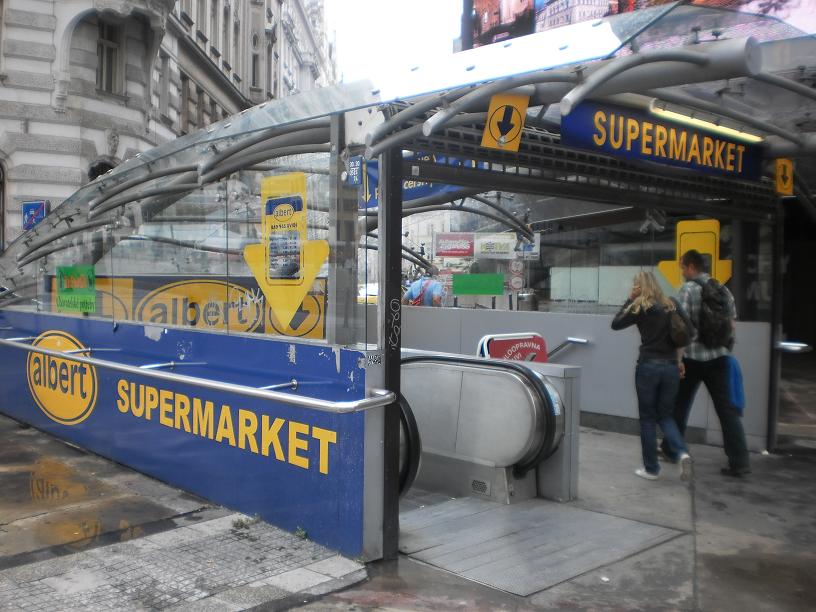 Oh yeah, it’s been raining the last few days and I mean POURING, oh well you gotta enjoy the bad to appreciate the good, or something like that… Side note, how weird is it that in today’s world a friend can msg you and say hey, I know someone who is in the area and you can msg them and boom, you’re chilling, on the other side of the world? It’s pouring now, great time to do some monkey work. 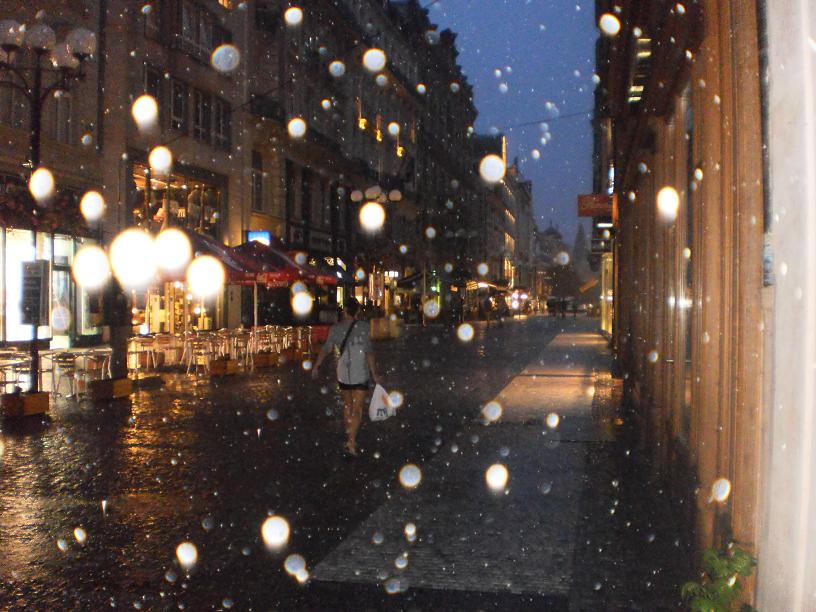 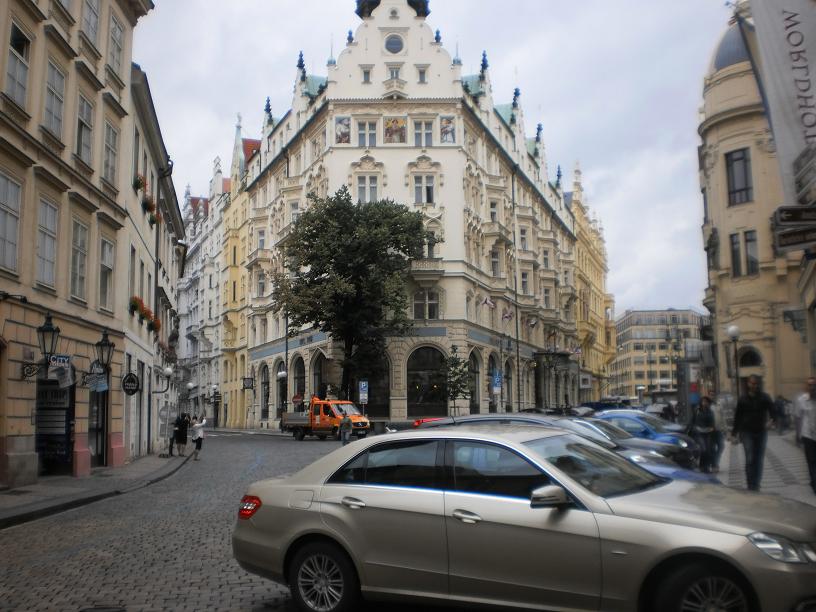 Also, never buy any leveraged 3x funds on the stock market before leaving for a long time, they can “deball you”. If you do, better be sure you’ve bought lots of equities on the other side so the “torture” can be minimized, then again it’s all part of the game, not in the mood to get gored? Don’t get in the arena… 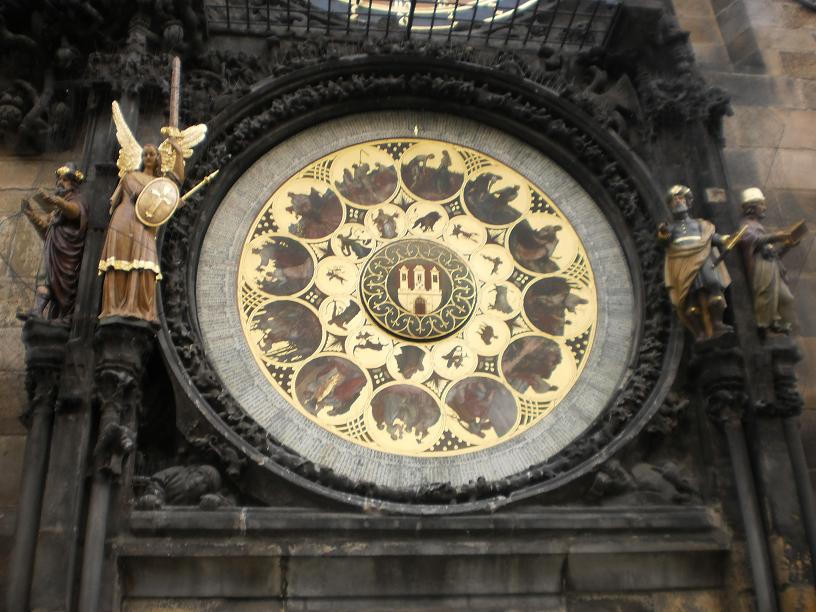 It’s Saturday, go out and enjoy a drink and talk to someone new. The festival is on today but if it’s raining like this, nah. Prague is fun as it is, cruise around and see what happens, always a good plan, anywhere in the world. 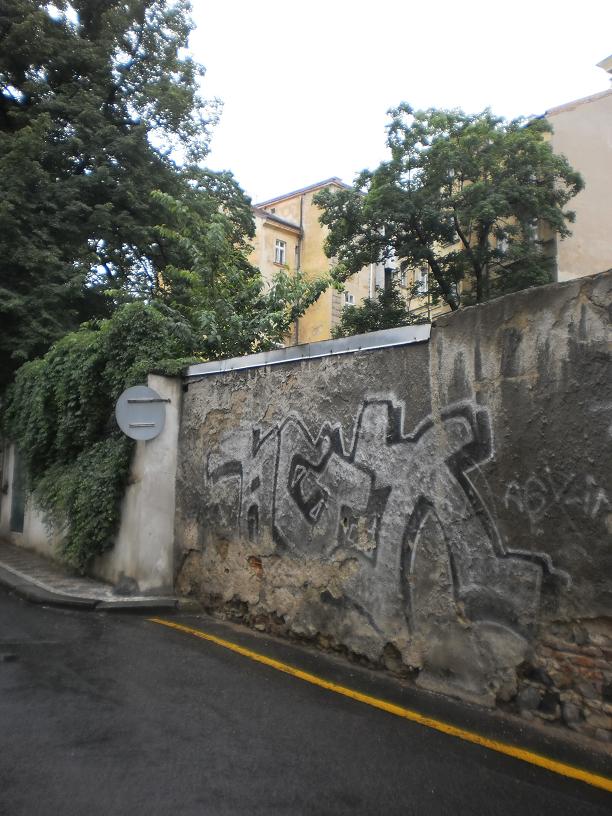 Almost forgot, that 5 storey club is SICK! On the 2nd floor they have like this big crucifix of a space man with lasers coming out of his eyes and stuff as smoke screams from the machines to make it a big cloud of awesomeness, it’s expensive to get into, your best bet is to do the Pub Crawl, spend the 25E and get free entrance and drinks everywhere, if not it gets pricey, trust me, hahaha. 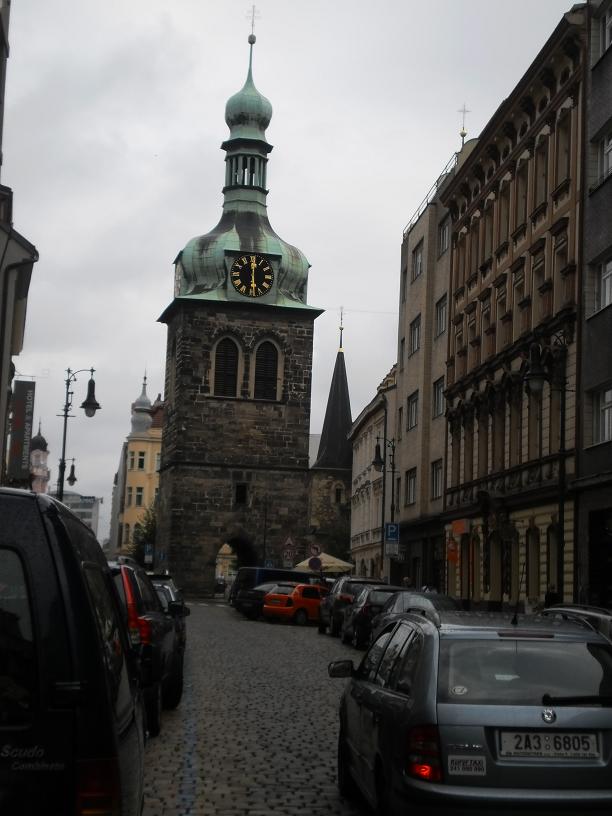 Ran into these Hare Krishna dude at lunch, I’m not overly into all this gear but I opened the pamphlet and it said “The mission is pleasure but most don’t know what pleasure is or how to find it, they find it in material things which enslave them instead of give them freedom”. That’s all I read but I will say I’ve never met anyone who seemed to be having more fun, these guys were hilarious. 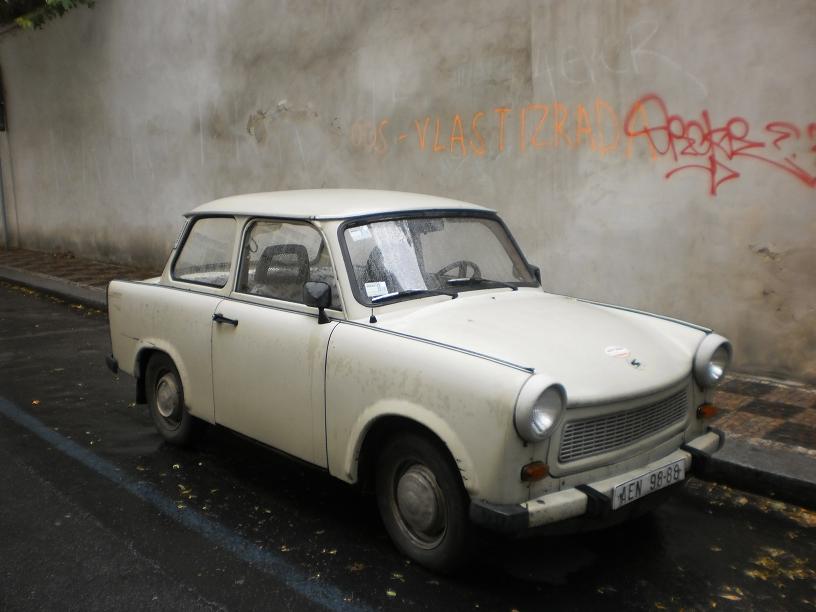 This update is all over the map kinda like myself, this is what happens when lots happens and I don’t update, yes. You can buy a boxed merlot wine for ~2E at tesco and it looks like a juice box, write that down. 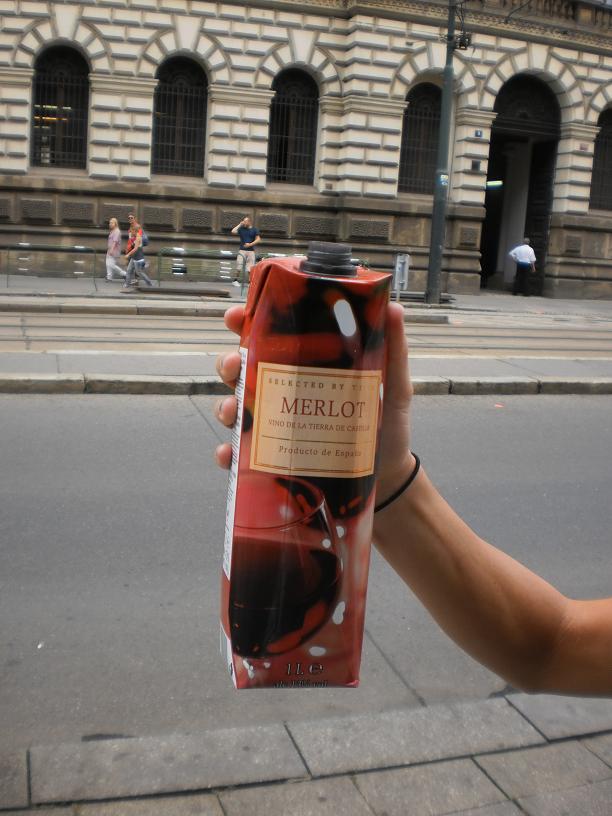 I’ve also been thinking about how most people are, we spend so much on ourselves but give so little to others, I think a much better way to live is to spend less on oneself and give more to others. Giving does feel better than receiving, it’s true. You’ll have a 40E dinner and then not drop 25 cents into the hands of someone with nothing. Sure they messed up or whatever but still, why not? Many never give and they never receive. You look for “trades” where you want to get back from those you give to, that’s small and wrong. You give to guy X without wanting anything in return and guy Y will give to you without wanting anything in return, something, somewhere and it may not be $$$ but a favor, directions, anything… Think about it. Get in the mix and your life becomes 10000X more fun. 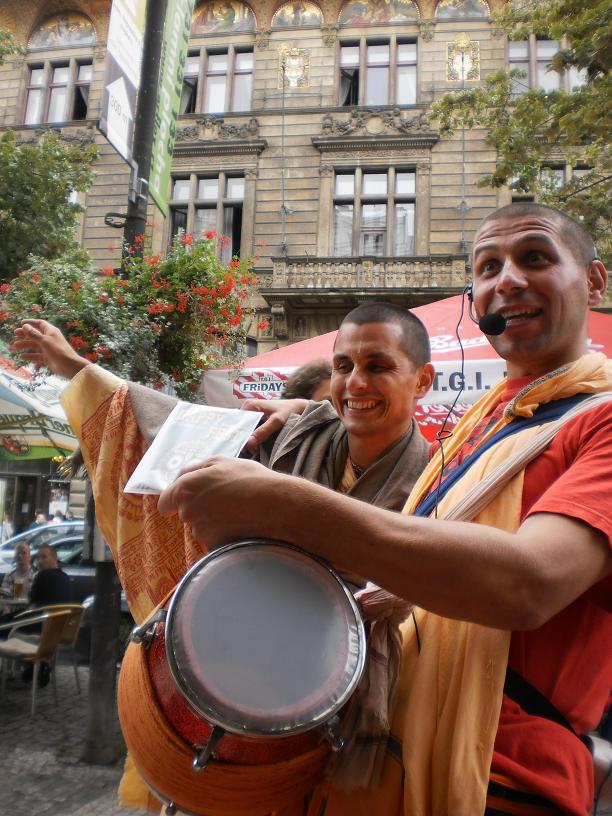 Considering I had no desire to ever come to Europe, I am so glad I did, this “Euro Trip” leg of this “Round da Worlda” has been absolutely out of this world and I can see why people move here, Europe is fun, especially the Eastern Block. Regarding women, Czech Republic has it all but I think most say that because they never made it to Poland. If you like it here, you’ll like it there, that’s what I’m saying. If you do go to Poland, make sure you hit up Krakow, you’ll thank me. 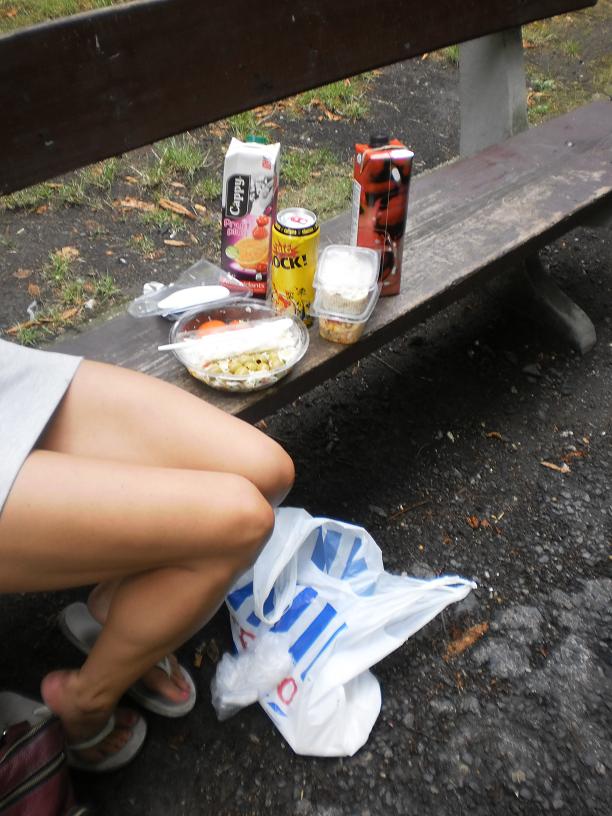 Back to the park, you can be enjoying yourself and doing what you want (literally) and next to you there is this trendy cafe serving 5E pints playing awesome music and you have the best of all worlds, throw in some lovely company and well it just may be heaven on earth… I look around and I’m eating exactly what I want and all I can think of is “how much would this cost in a restaurant”… Remember restaurants buy their food where you do and some dude cooks it and they have all this rent, I’m just saturated. Going to a restaurant should be a fun treat, if you eat out everyday for 10+ months, you begin to loathe them and turn into that guy ordering off the menu like “can you make me this?”. 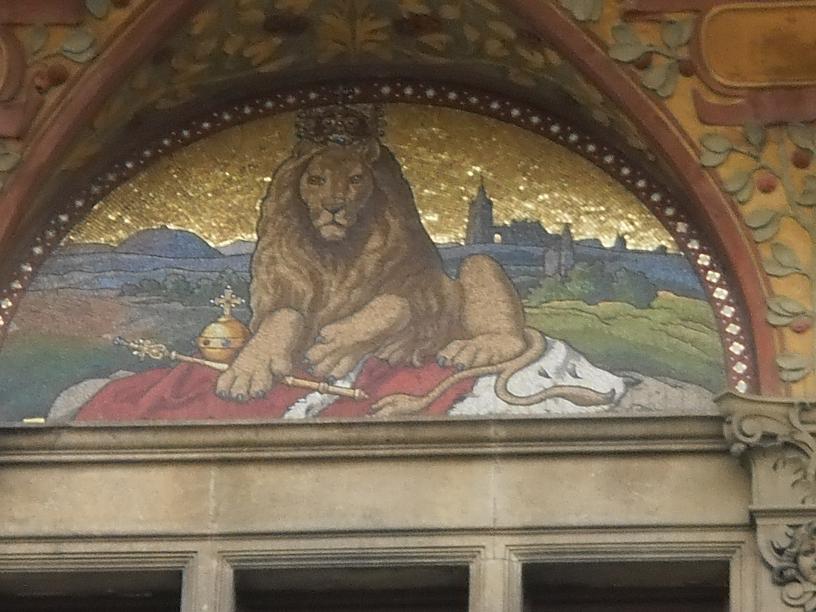 I’m a simple man, give me potato salad, some ham and cheese and I’m good to go. Throw in some fruit and or veg to prevent scurvy and that’s all you need to “get your engines going”. 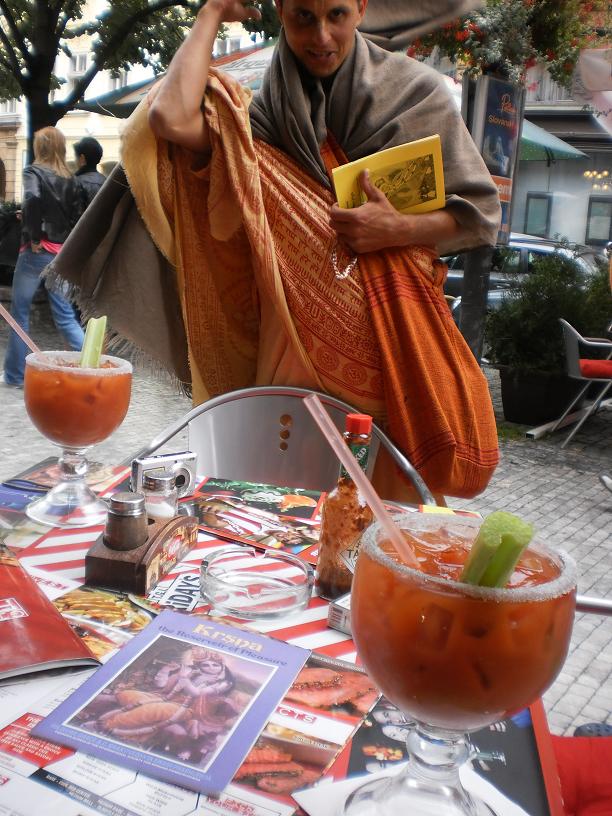 Often Docks say do not enter unless with ferry man or whatever, if you speak another language just go and hang out, if someone comes which they probably won’t, just act like you don’t speak English or the local language. Same applies for gypsies, they say “you speak English” mainly because locals are onto their tricks, just shake your head. 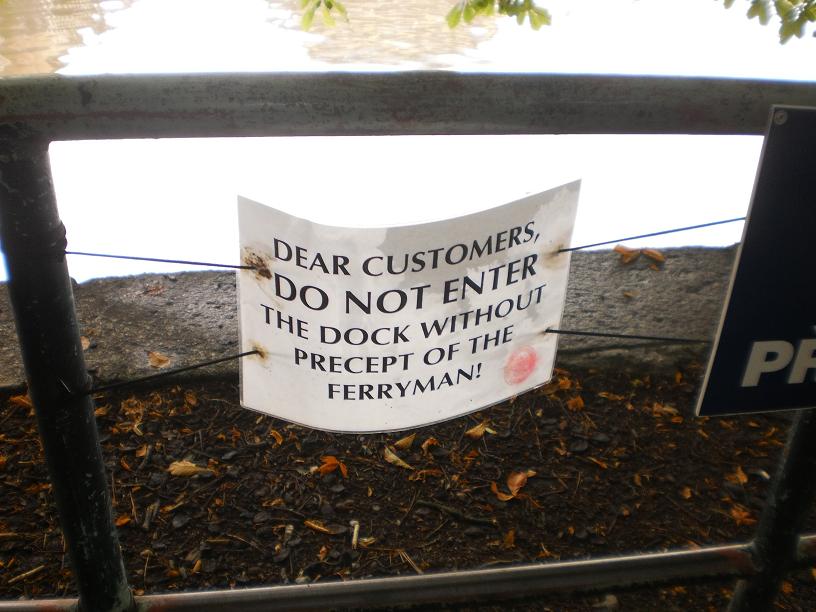 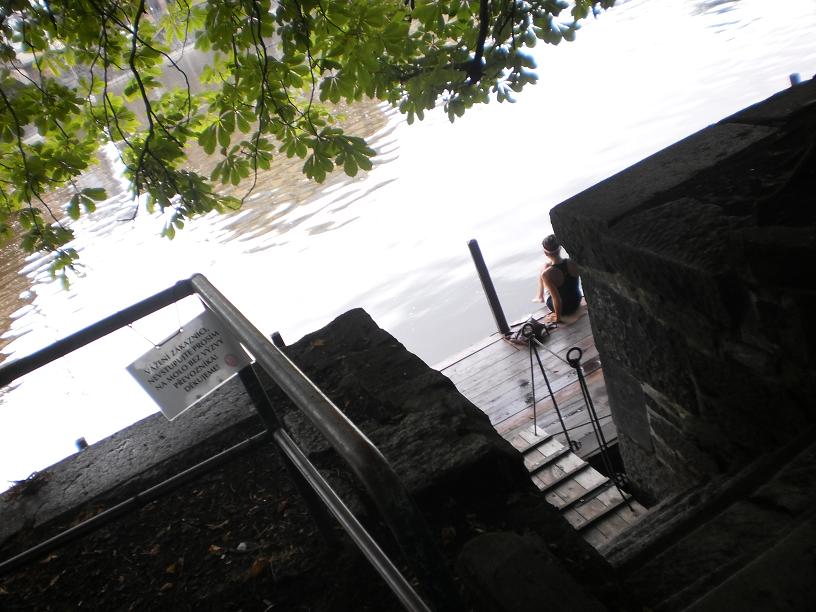 Oh yeah, those jackets you buy in Sapa, Vietnam haha they are NOT waterproof but perfect as a shell for when it gets slightly chilly, if you bought one and went to say the top of Whistler, you’d be in for a really cold and wet day. I mean if it cost you $35US … Gotta cut costs somewhere aka everywhere. 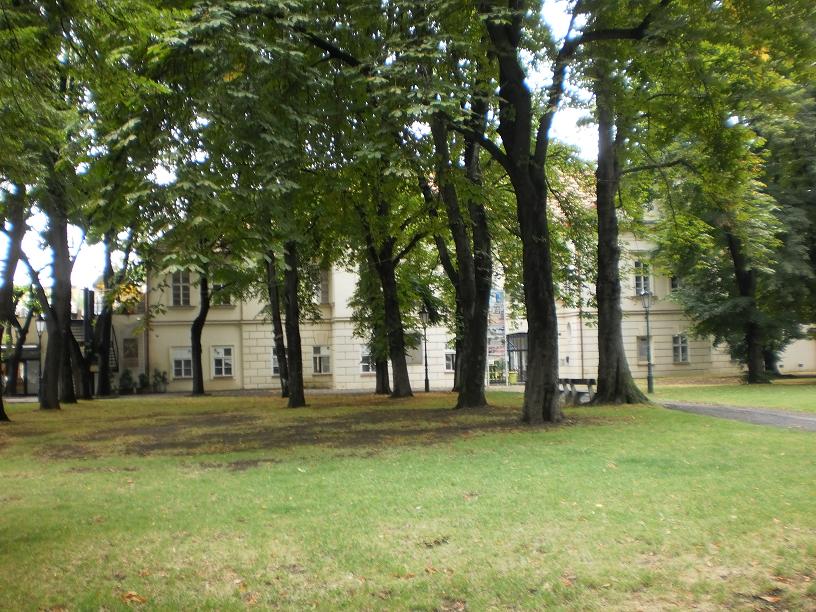 Finally, why do so many of you go to the gym for cardio? Why don’t you just drink vodka water on a Saturday night and dance for 5 hours with strangers, better than your 3X a week run on a treadmill. Instead of buying that gym pass, pay for club entrance fees. 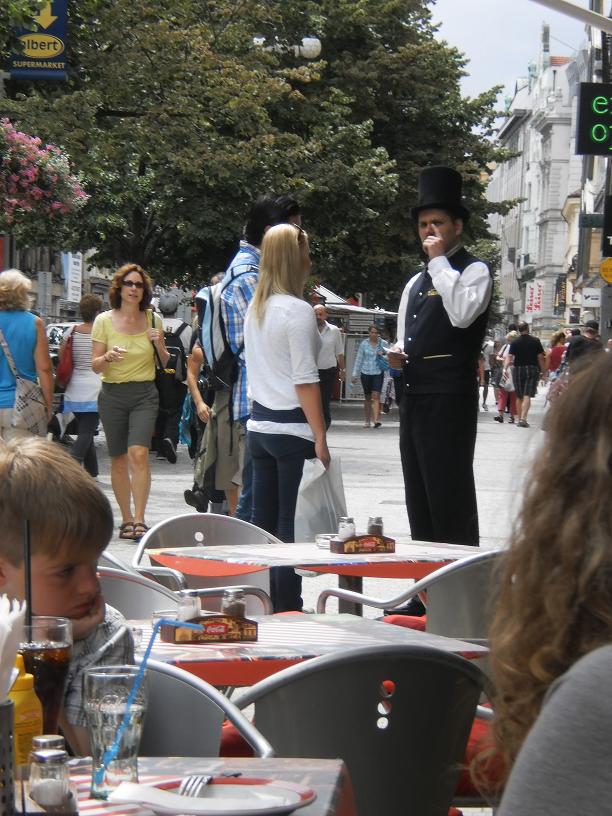 P.S: Why all the hating on the crooked photos, I liked em!

P.P.S: Thanks to whoever is sharing this via the “Facebook Like” button and other means, I have no clue who you are but we’re getting a lot of traffic “round heah”.