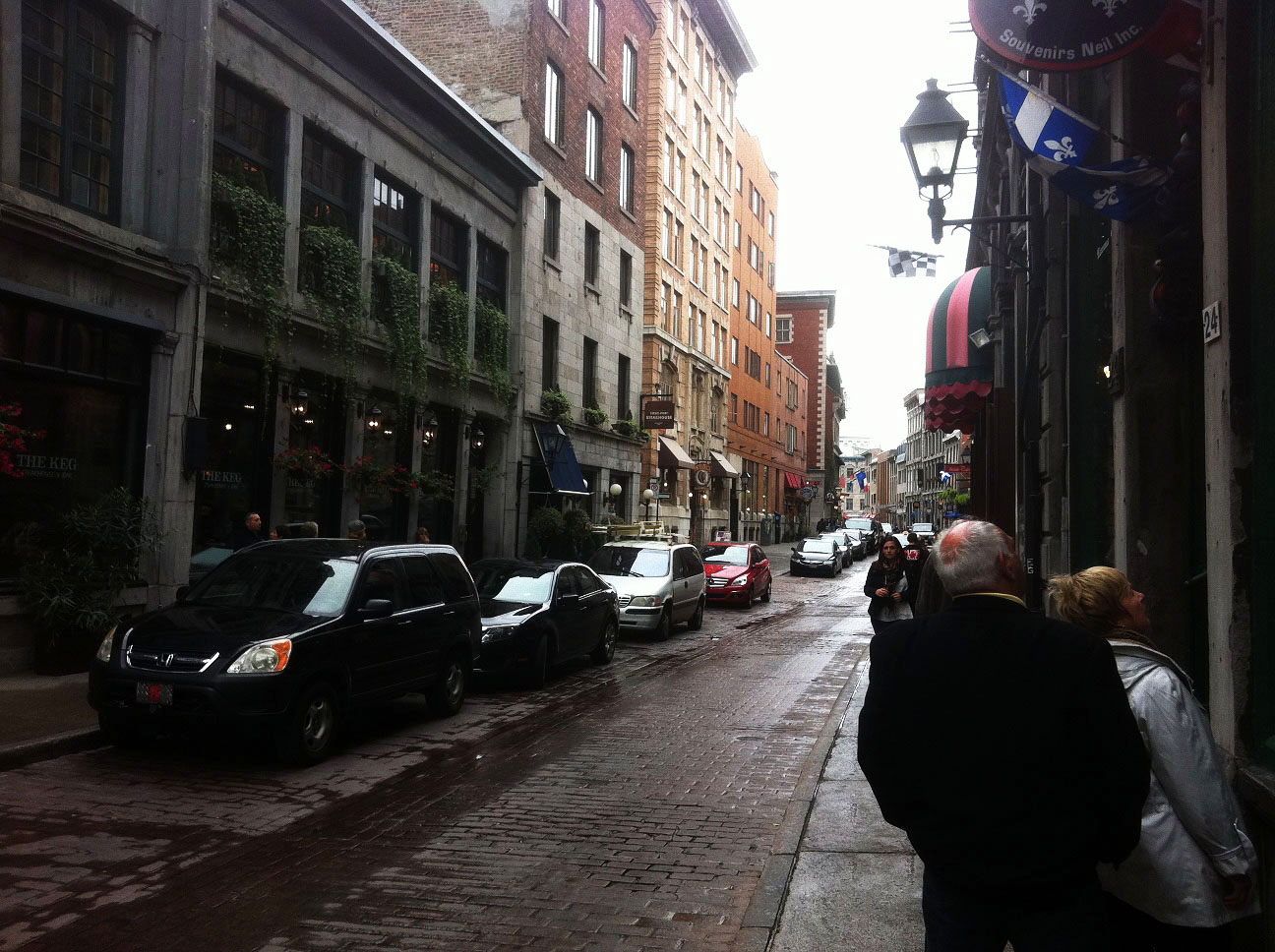 Today was day two in Montreal. I decided to do the only civil thing to do, go on a city walking tour of Old Montreal. The weather was dicey and when leaving the Notre Dame Basilica it began raining, how horrible. In an odd mid day reversal the weather became decent and quite enjoyed the tour.

The walking tour took about an hour and a half with the Notre Dame Basilica being the main event in my mind… Deciding where to stay in Montreal is important, choosing the right one depends your agenda. I’m a fan of Old Montreal. 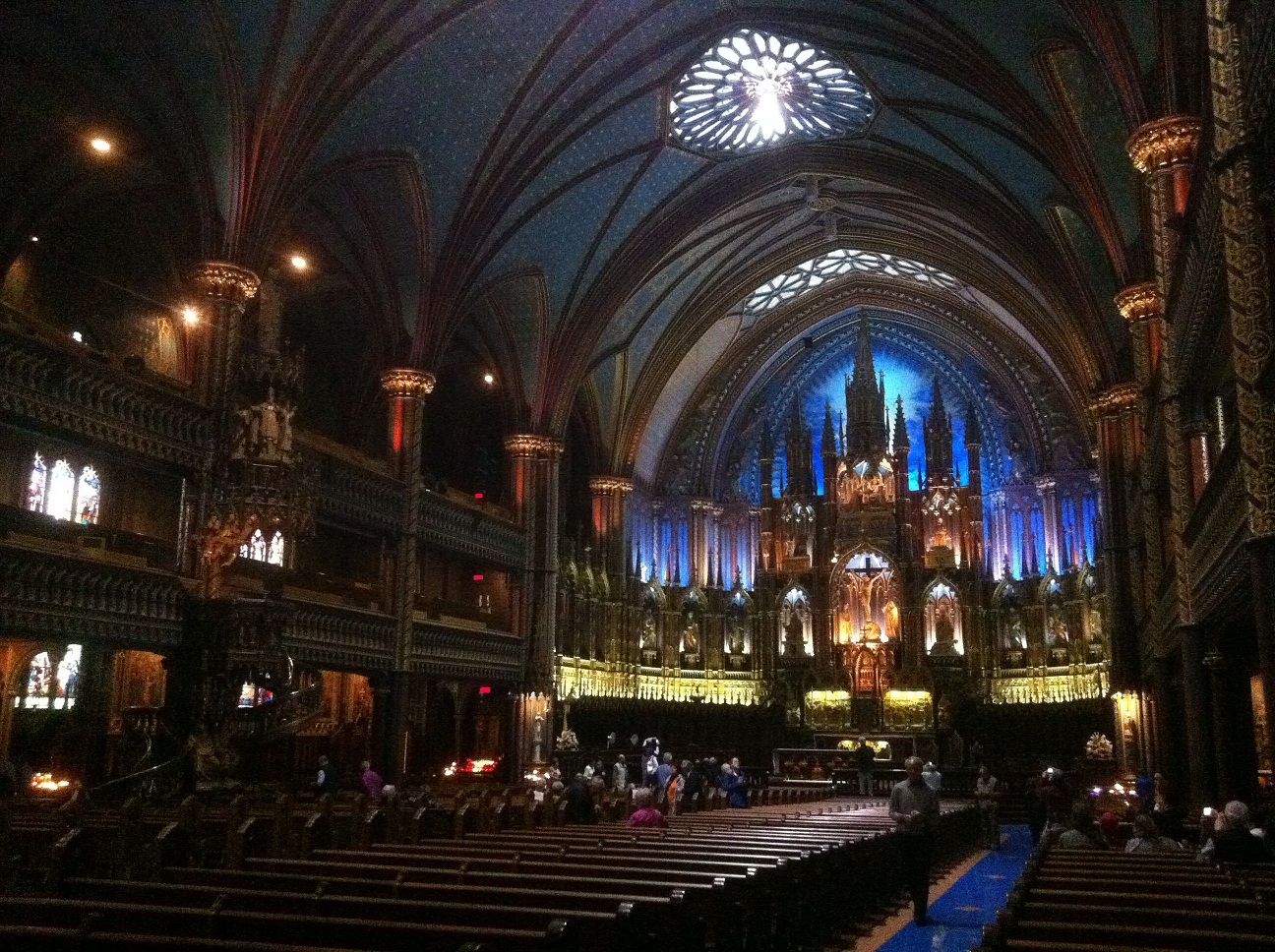 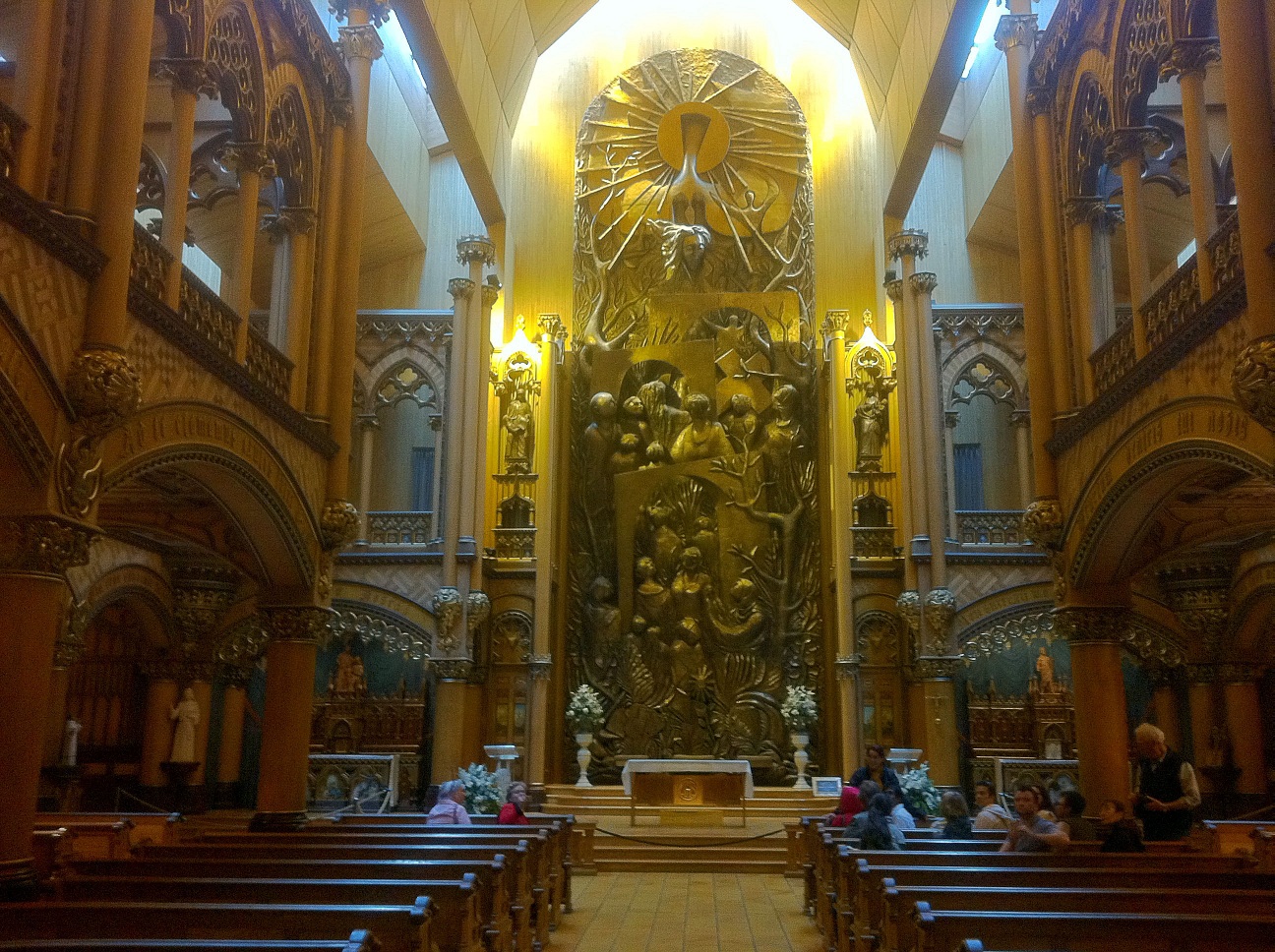 Considering it’s almost October and the weather was poor, was cool to see about 15 people in the tour group. The tour started at the Notre-Dame Basilica which really impressed me. Being inside reminded me ever so slightly of the Hagia Sophia in Istanbul, Turkey. Have a ticket for the full tour of the basilica, may return tomorrow while museum hopping. 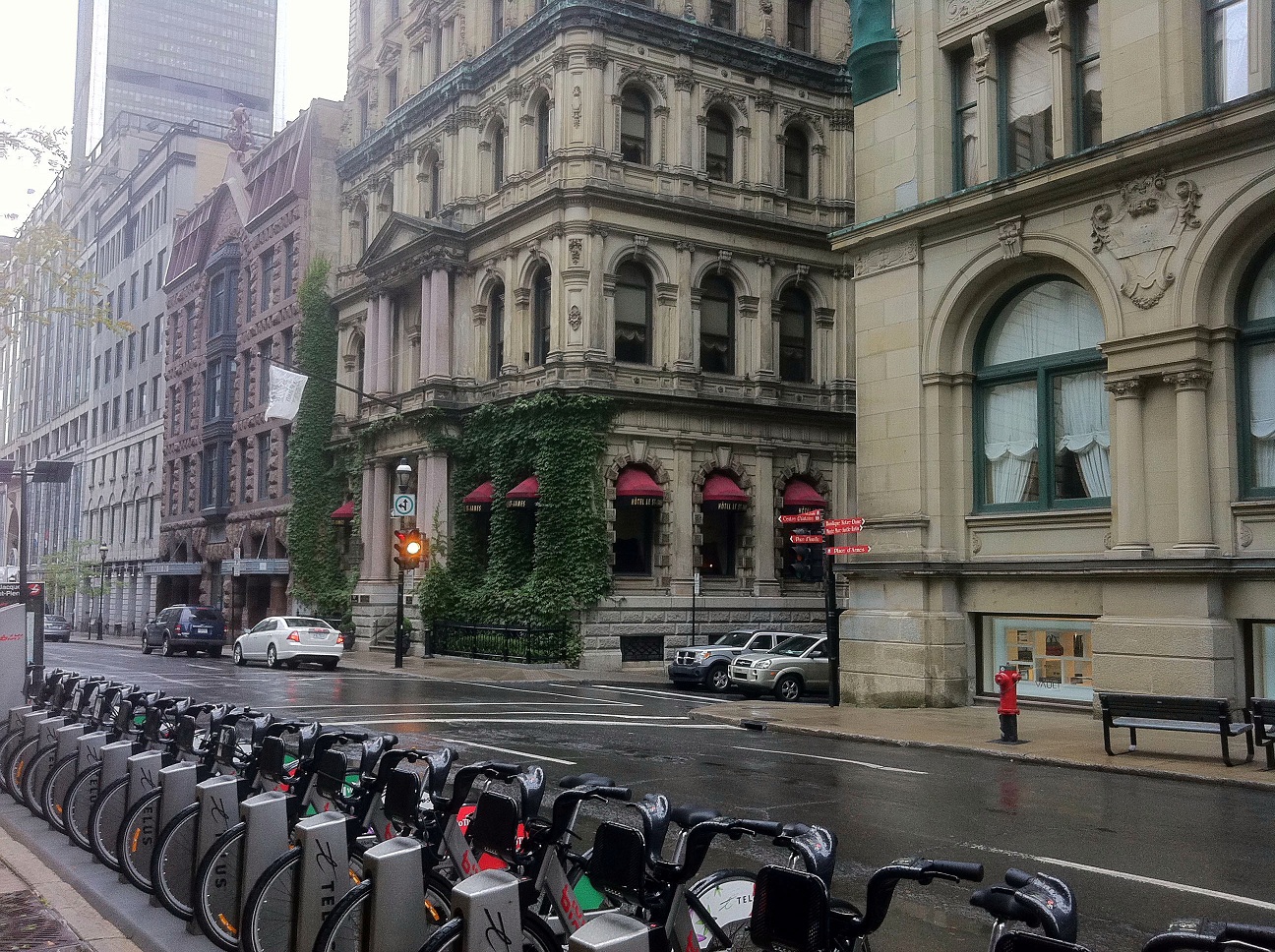 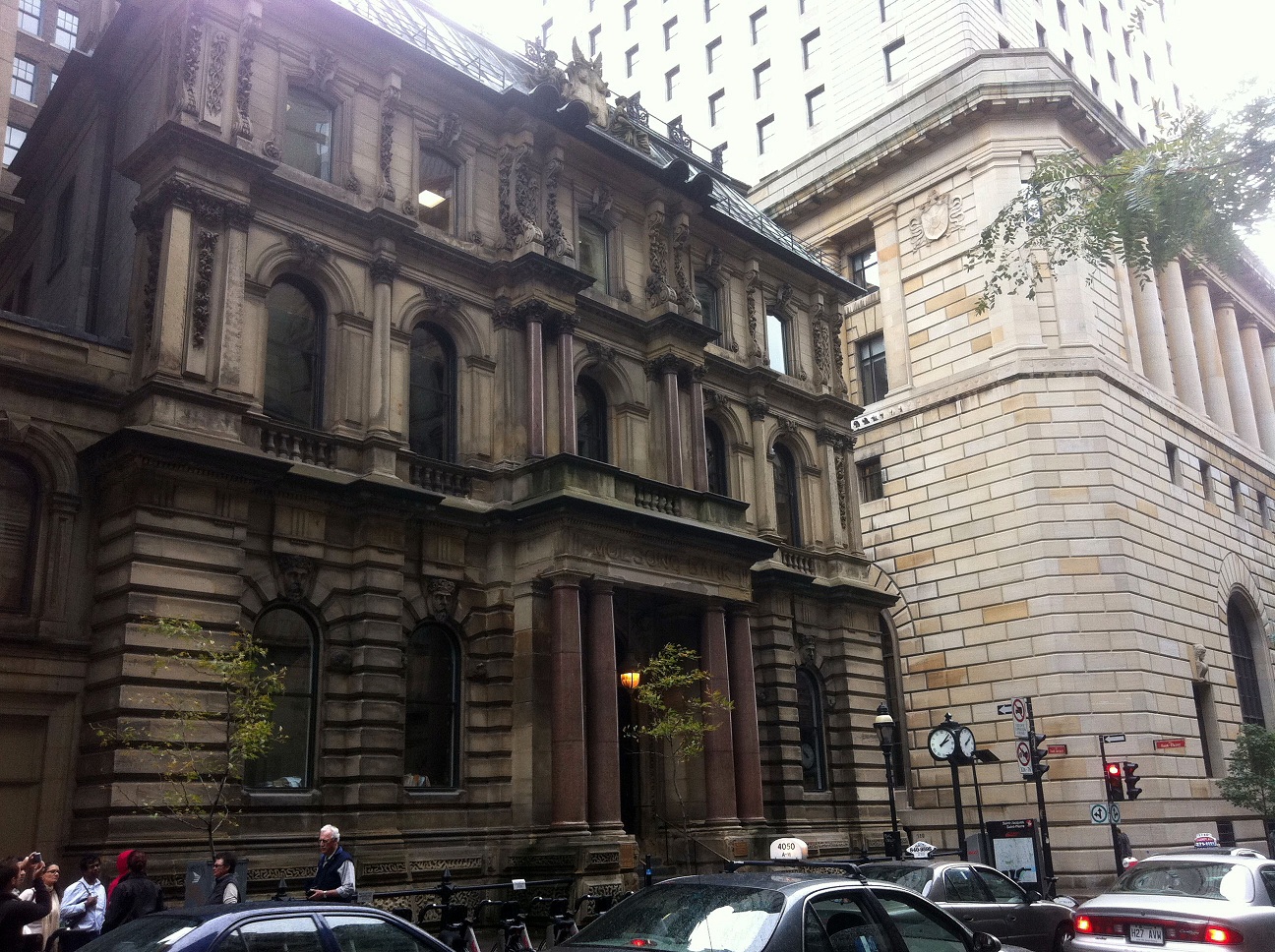 Not going to go into great detail about the history as it’s all contained here under Old Montreal. Do know though that the original site was founded in 1642 under the name Ville-Marie. The founders name was Paul Chomedey de Maisonneuve and he was there on the dollar of the Société Notre-Dame de Montréal to help convert Indians to Catholics in New France. 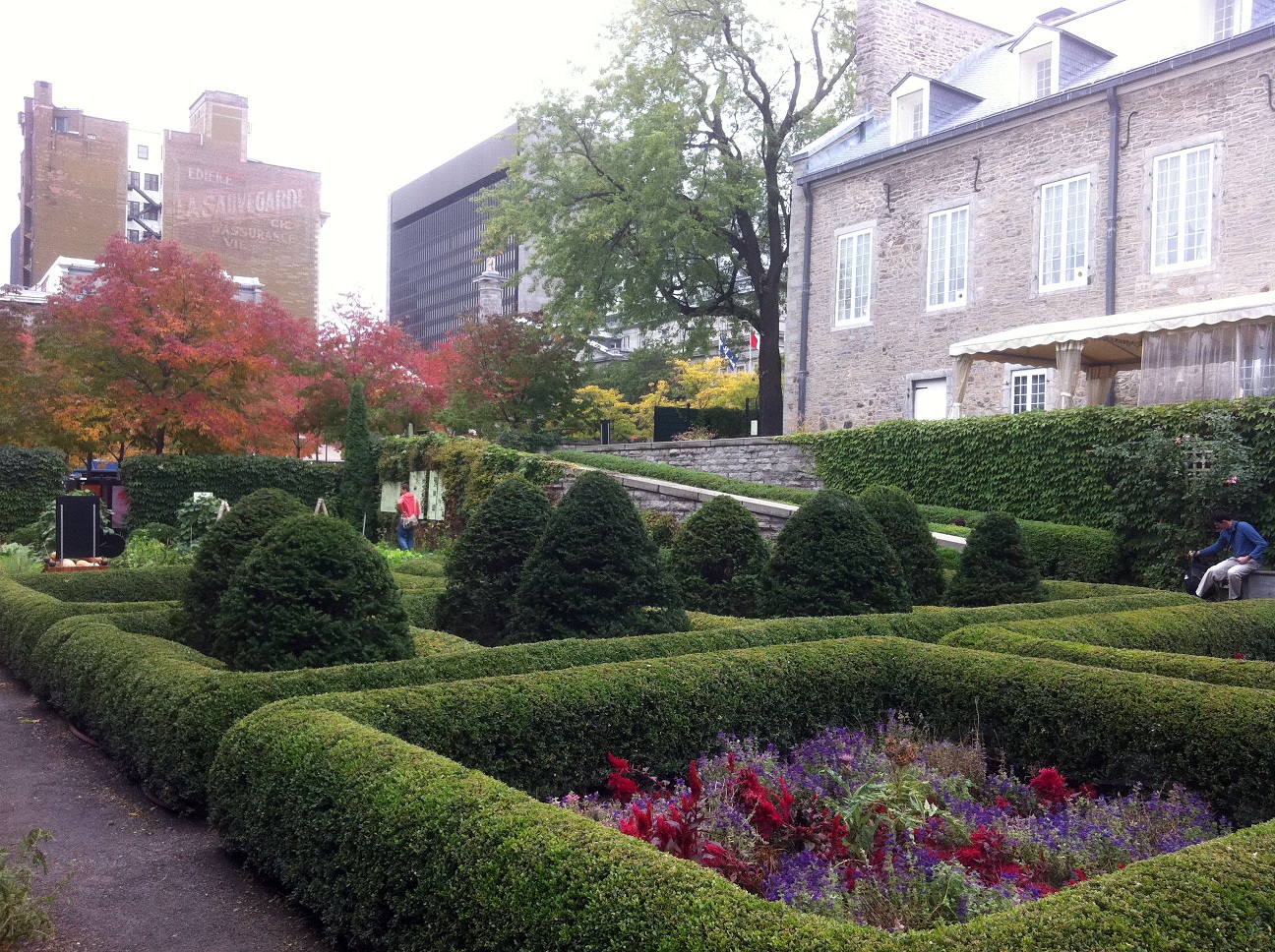 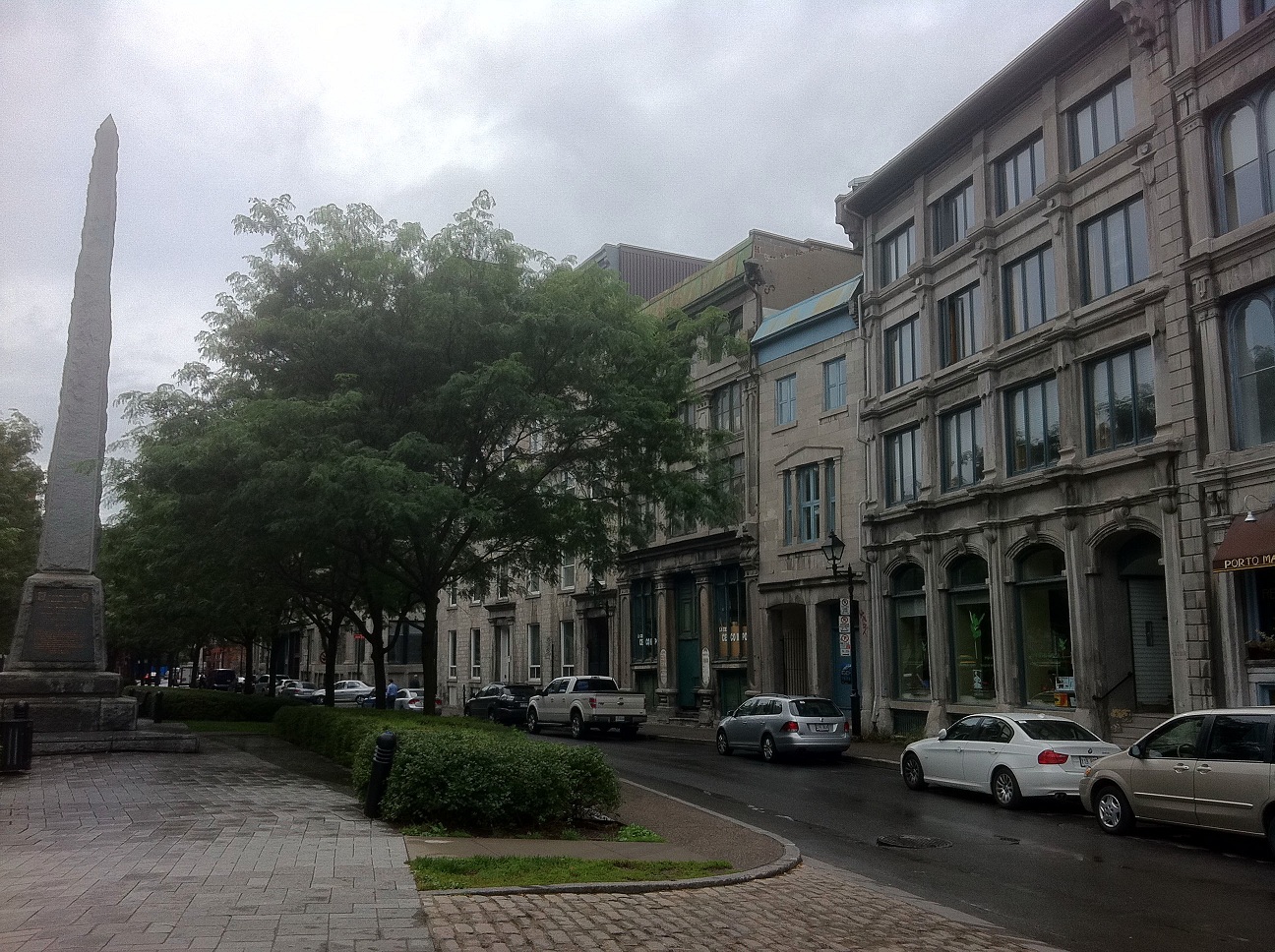 Despite starting with religious intentions, the city became a business hub as well in the lucrative beaver pelts trade. At one point even the stock exchange was there and in this time there was even a “Molson Bank” which now houses a law firm. The place has a European feel to it unlike anywhere else I’ve been in North America. 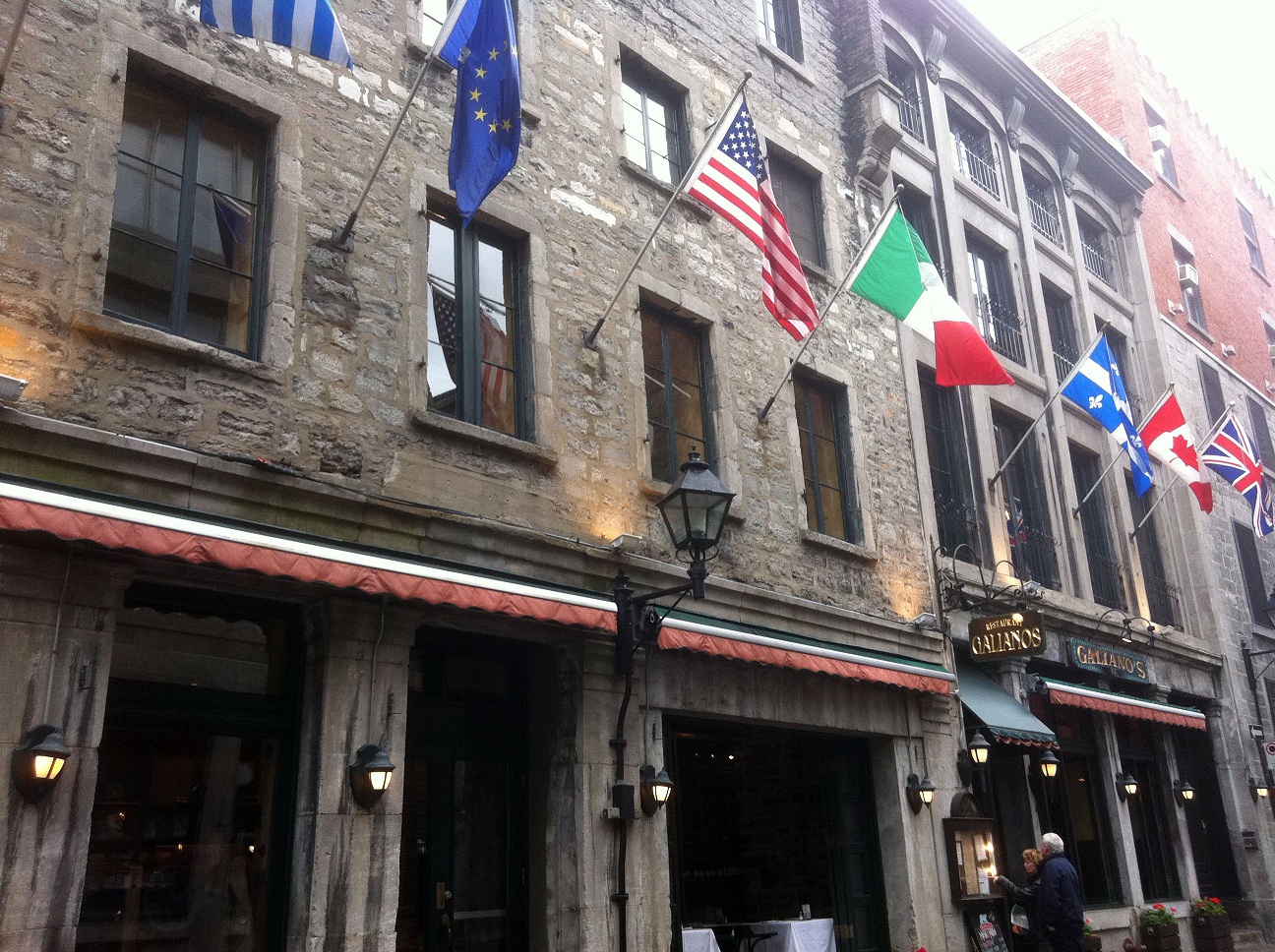 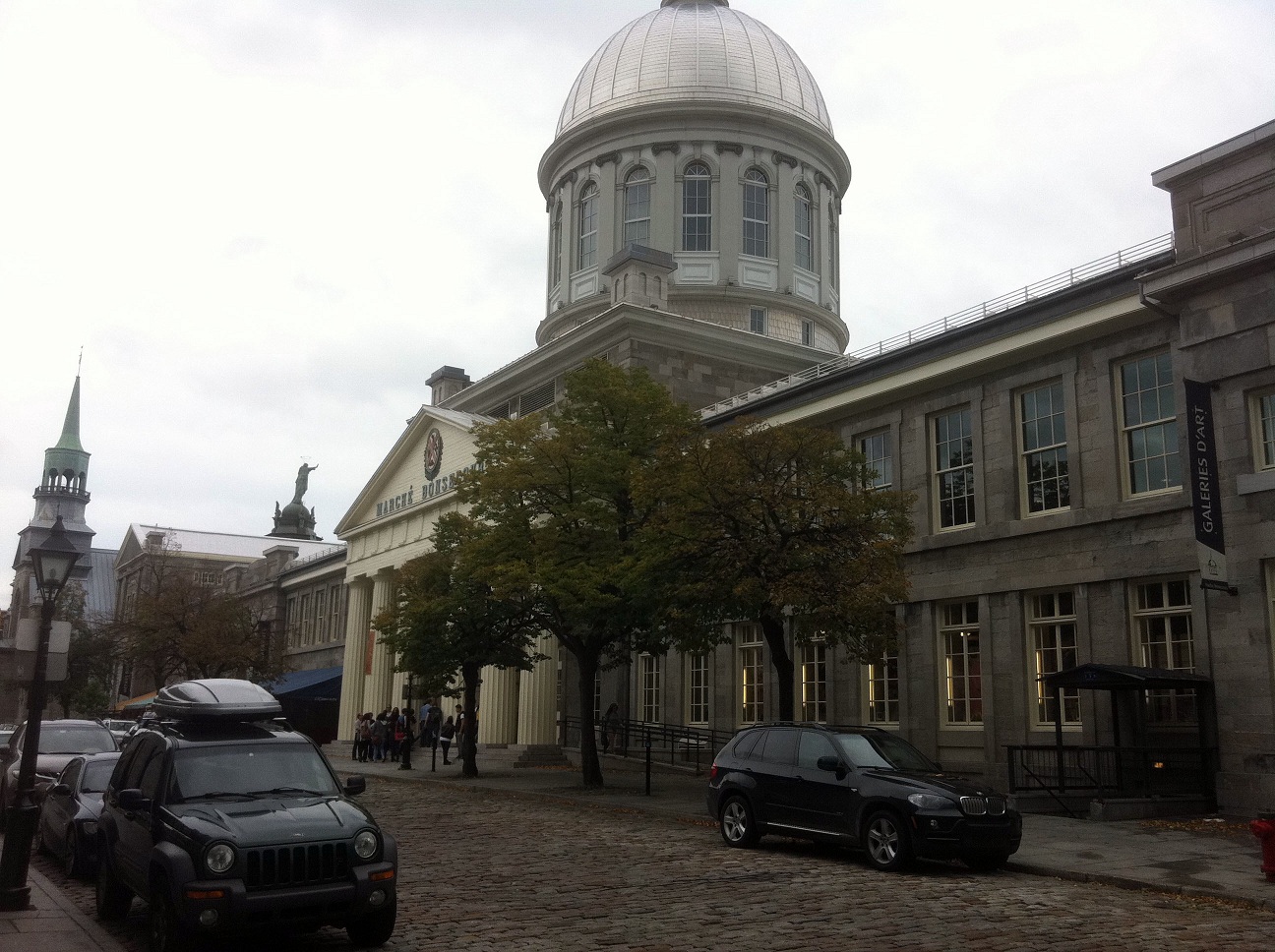 In more recent times the area was used for many movies when the Canadian dollar was considerably lower than the US. Movie companies could save 20-30% on the exchange rate. As the times changed, Montreal continued to profit due to wise investments in computer science and the like. Blockbusters such as Shrek and Jurassic park were worked on from Montreal. 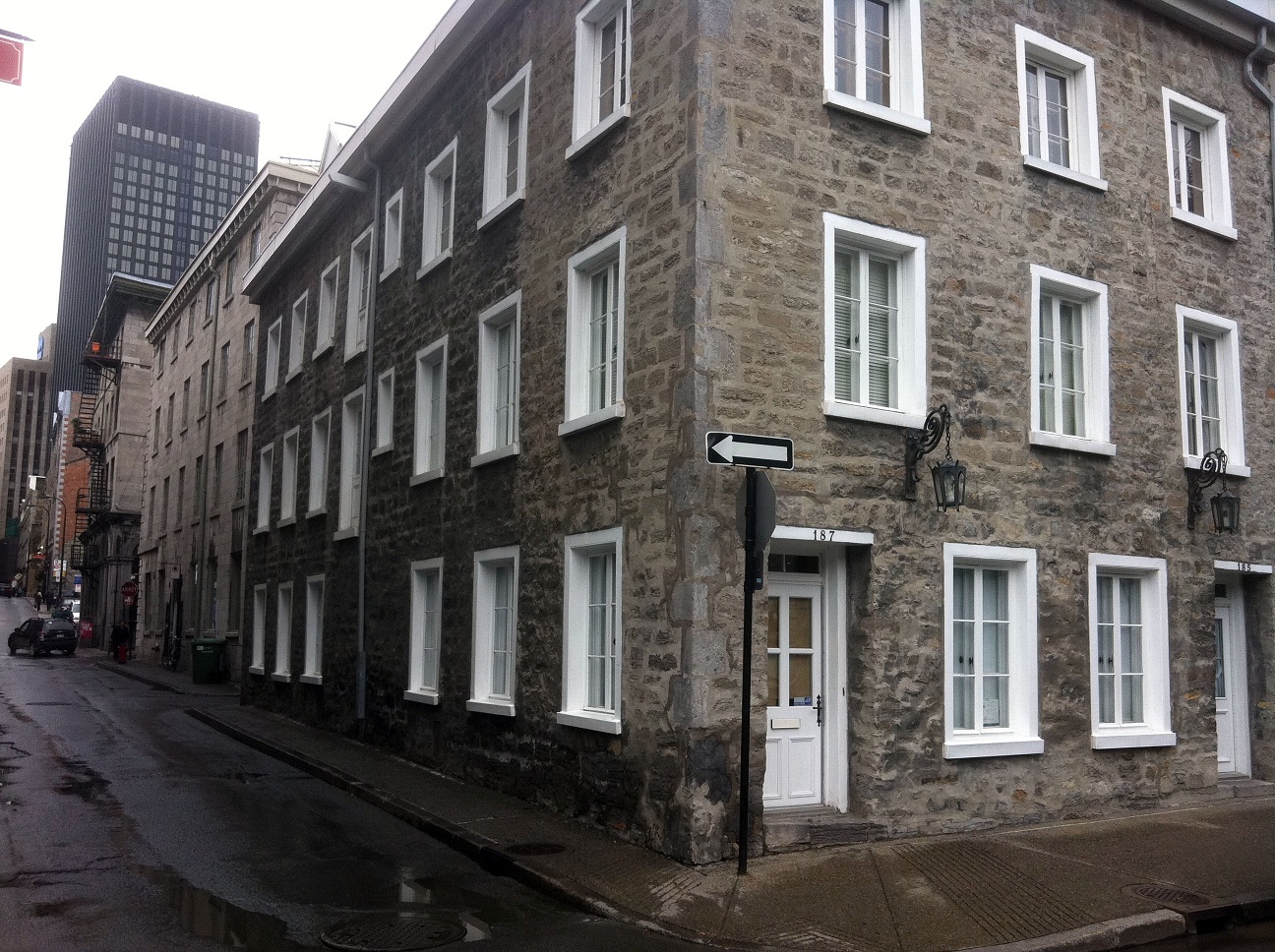 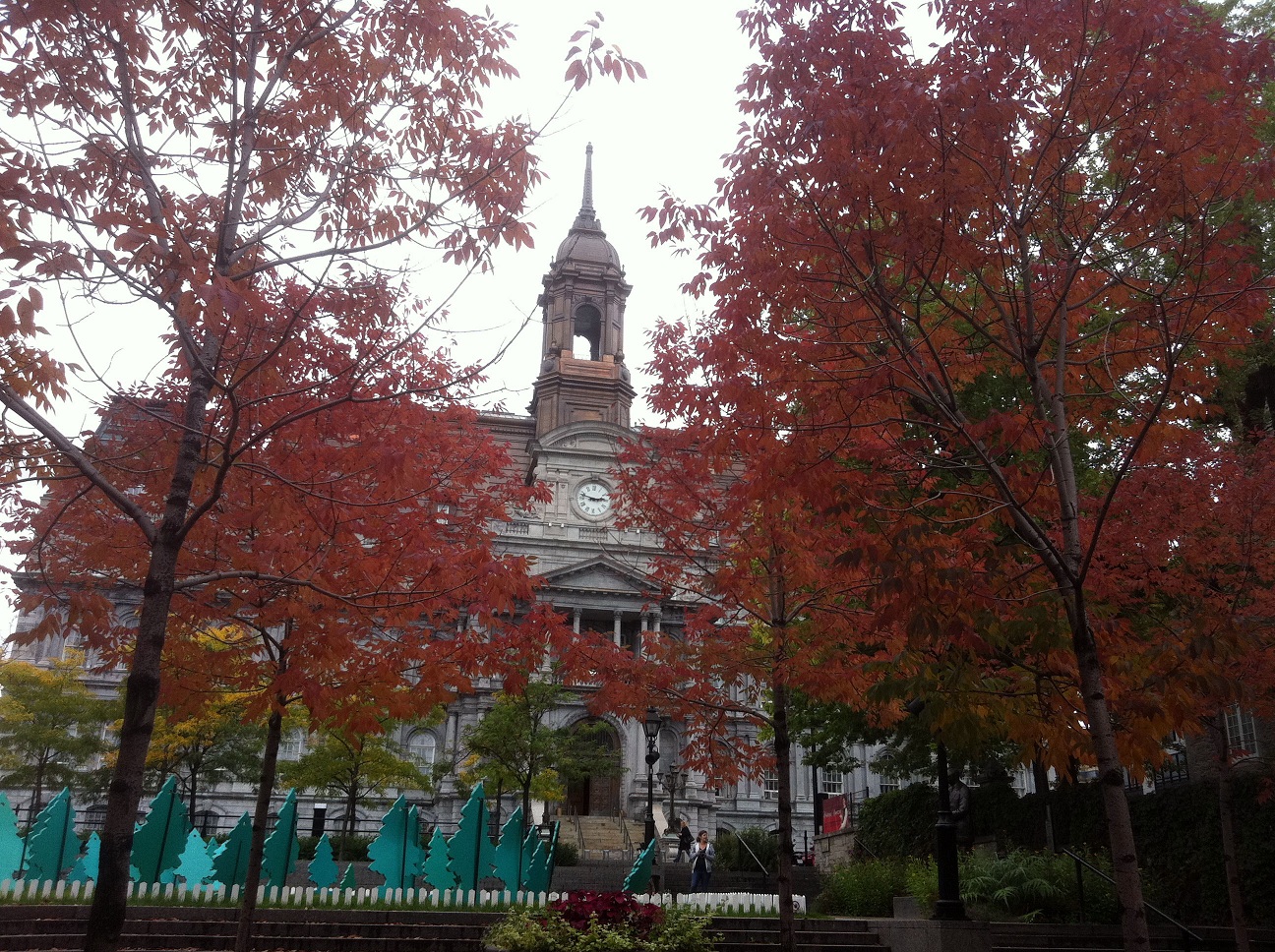 The tour continued to wind through the old roads until we made it city hall. It was nice to visit the area and see what it’s all about, that said going there on a very cloudy / rainy weekday in late September must be significantly different than a summer weekend or evening. Can imagine and enjoy the pictures my mind concocts. 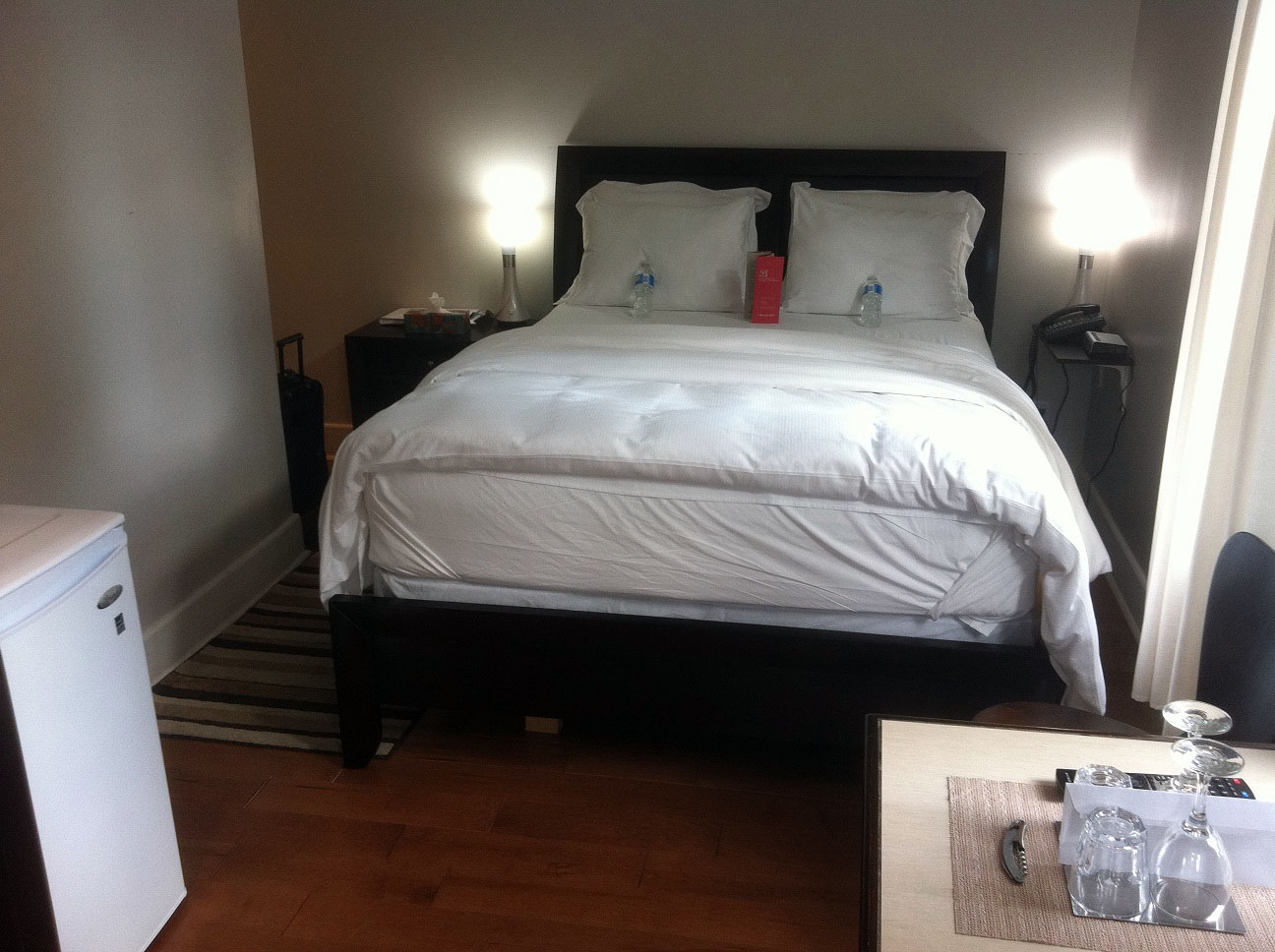 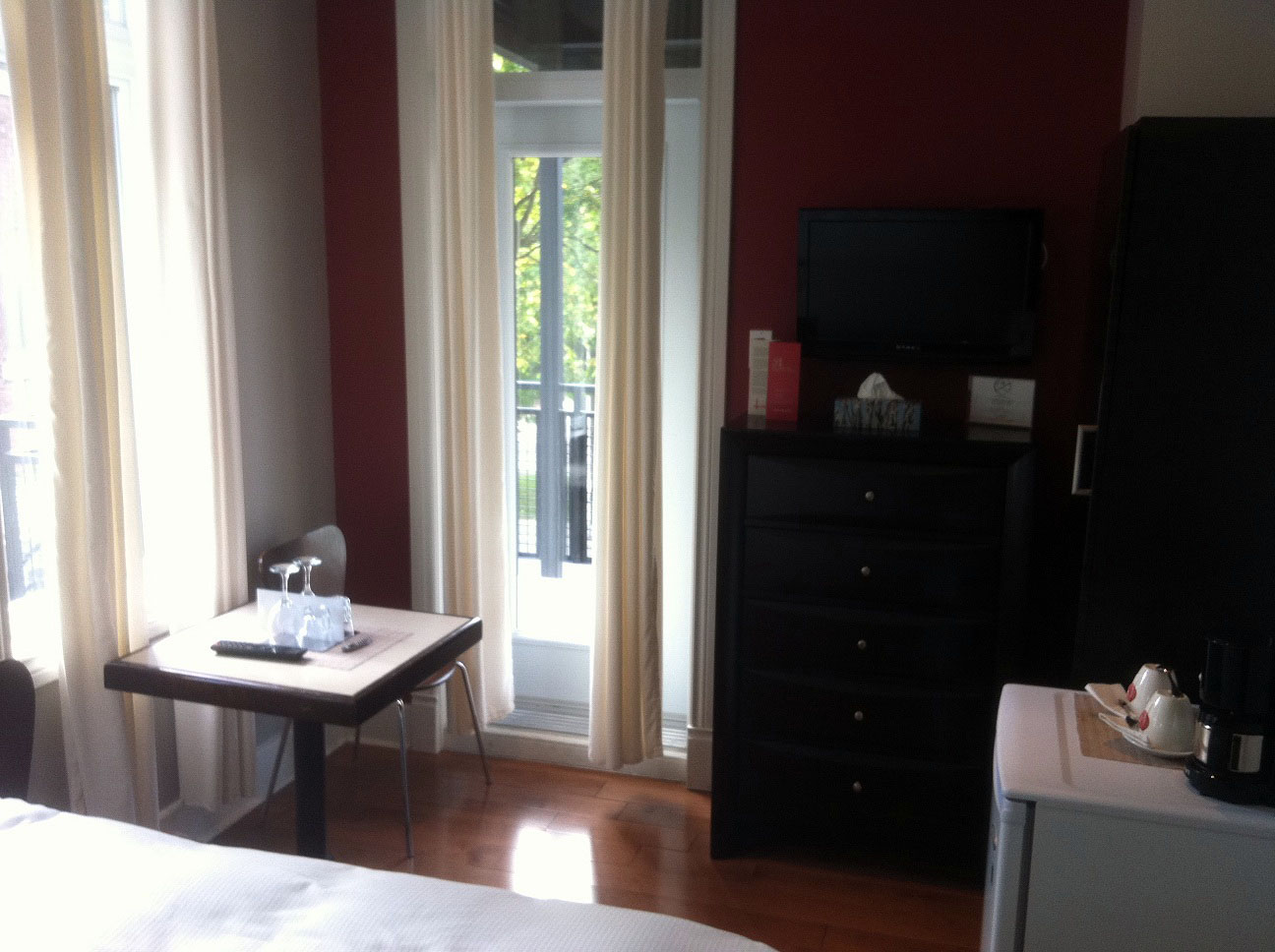 The plan for tonight is to find some food somewhere and meet up with friends. Have more grandiose plans for tomorrow but we’ll see what transpires with the weather. Montreal Tourism has me staying at the Auberge du Carre St. Louis which is below, quite enjoying the place as it has a boutique hotel feel with most of the rooms being unique. Like how they give you your breakfast the evening before in the fridge, don’t eat breakfast but do enjoy late night snacks…