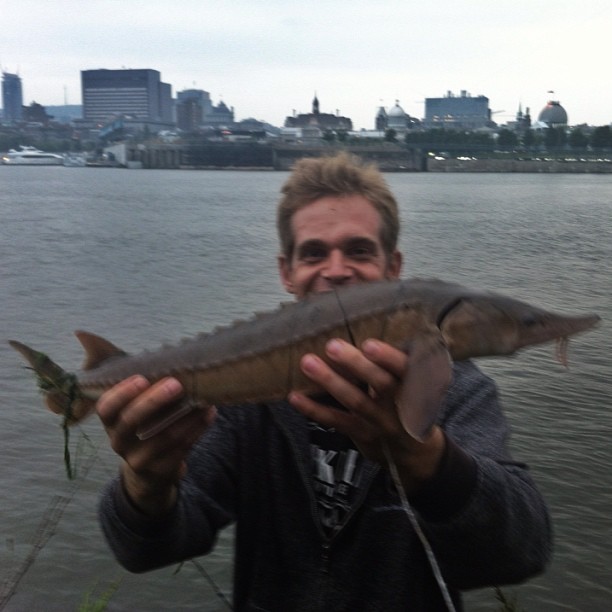 I’m writing this from a bus with fake leather seats that smell pretty sublime compared to what most associate with public transport. I’m on my way back to Ottawa after a successful Montreal sturgeon fishing expedition of sorts in the St. Lawrence Seaway.

People from far and wide flock to Ottawa on Canada Day but this year, I decided to go against the sea of citizens and venture off to get some reel(sic) work done, so to speak. Lots of areas to stay in Montreal, if you like fishing stay near the St Lawrence!

I got a text message early Canada Day with a fishing in Montreal trip planned for Rigaud. It’s half way between Montreal and Ottawa, I jumped on it. Myself and a friend from Ottawa met a friend from Montreal and we hit the area for several hours. No luck on any sturgeon but we did pull in an odd 8 or so catfish between us. Catfish are cool, I guess? That said, they certainly aren’t sturgeon.

Sturgeon are prehistoric creatures known for getting so large they look like floating logs in some of the major water ways throughout Canada. They are the type of fish you often hear people talking about but rarely hear of people seeing, let alone catching them. A friend of mine we’ll call “JP” as that’s his name, has caught about 9 so far and he brought me to one of his spots. Last time I was in Montreal I was trying as well but caught nothing but a small perch, oh well. 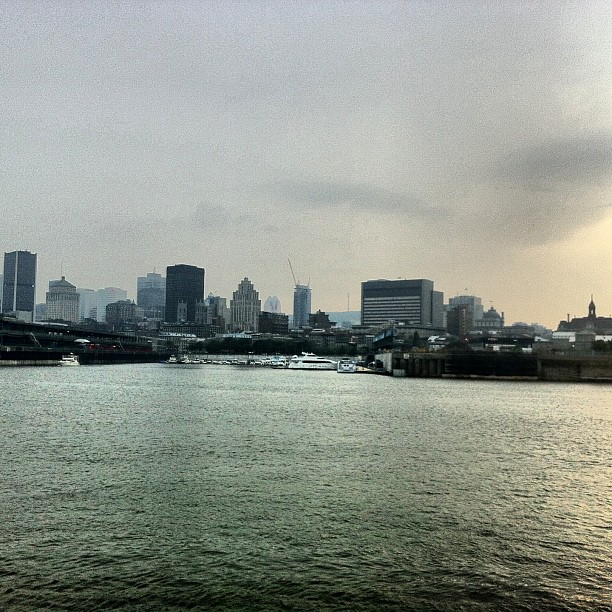 Sturgeon Fishing in Montreal on the St. Lawrence

Sturgeon have really slow reproductive cycles, take a very long time to mature and are sensitive to pollution and other environmental factors. As a result, most are seriously endangered so even seeing one is a memorable event. I’d like to say it was some massive fight but honestly, I’m just thrilled to have seen one as I’ve heard stories about them since childhood.

I will note that I used a barbless hook and recommend you always do as well. It makes the whole thing more sporting and removing the hook from the fish is like taking out a piercing, sorta. Since the hook was barbless, releasing the fish was simple and it swam away in a flash upon release.

To catch them is quite easy and it’s almost ideal for the “lazy fisherman”, think the exact opposite of fly fishing. What we did was attached a ball of worm on the bottom of the hook, have some weights higher up on the line and toss it as far as you can. After you’ve cast it as far as humanly possible, the waiting game begins and it’s time to just wet your whistle, tell a few stories and neurotically look at the tip of your rod for any signs of life.

Would I like to catch another? Sure. If not? That’s cool too and realistically, I may never see another one in my life.

Tomorrow I’m off to Sturgeon Lake in the Kawartha Lakes region of Ontario for some bass fishing, stay tuned…

8 thoughts on “Montreal Sturgeon Fishing in the St. Lawrence”