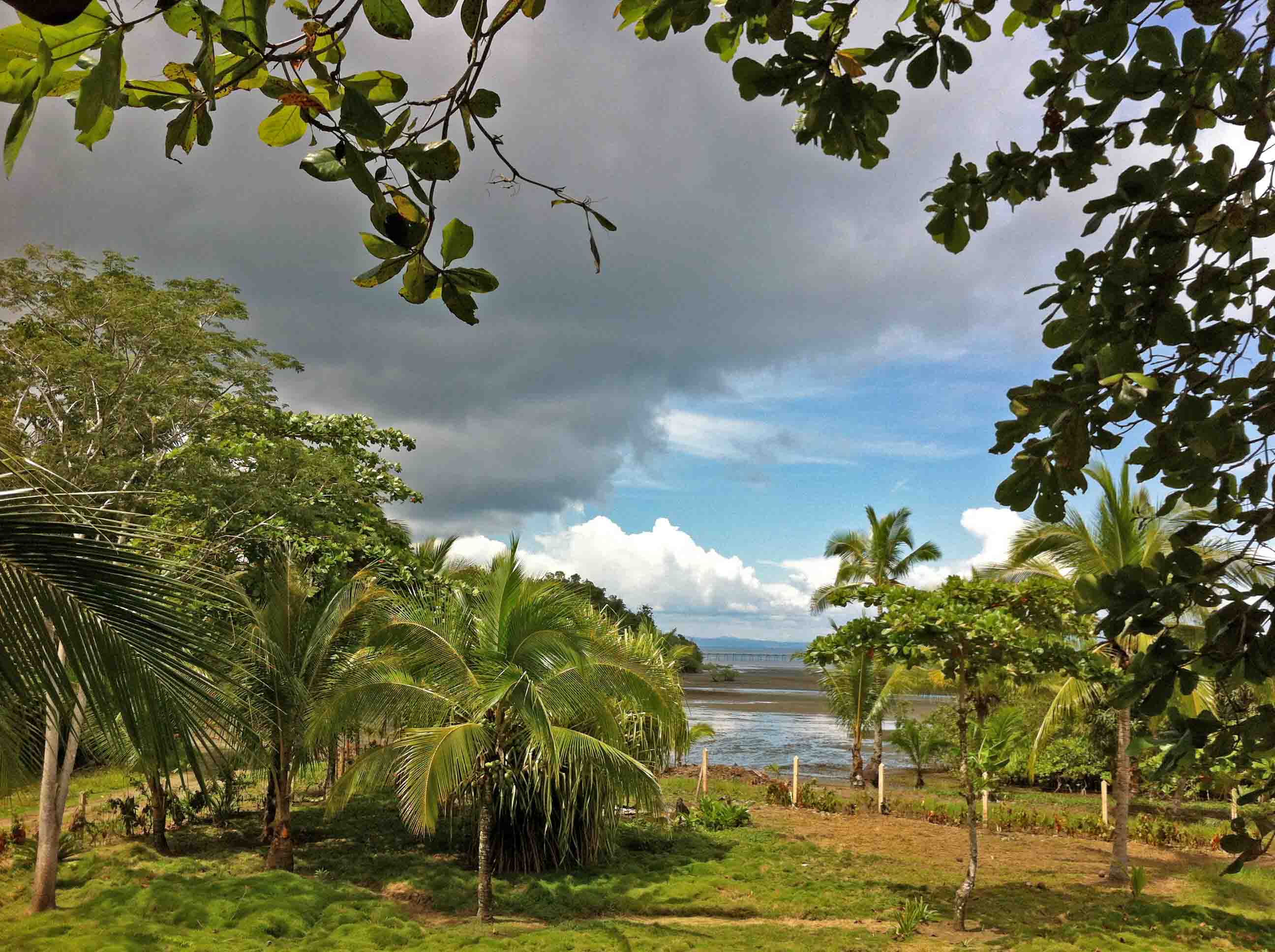 This is not going to be some fancy pictorial from a day of photos, no! It’s going to be a real account of moments that occur when you live in the jungle that could never be caught on film. Not even a photographer from National Geographic could capture these candid moments because they just happen when you least expect it. These tales take place in and around Puerto Jimenez on the Osa Peninsula in Costa Rica.

You’re jogging at about 5:05am, it’s not quite light but it’s not dark. It’s that blue aura permeating from the sky and you’re approaching a bridge. You see a crew of howler monkeys passing over the bridge and wait but the crew just keeps coming. Eventually you jog through the monkeys as they wait on either side. They look like crazy cats and sound like ogres living under a bridge.

You’re hanging out on a patio doing whatever as its not important. You notice this beautiful butterfly and as you’re about to mention it to your friend, it gets taken out. No more than 4 feet in front of you this bird comes in at 200MPH and just lands its beak on the butterfly’s body between the wings. Interestingly enough the bird then does a fighter jet move the right as though if a bigger bird were following it in, it won’t end up in its beak.

You’re on the phone chatting to some ladies in London while on the second storey patio where you live. You hear this commotion in the trees and assume it’s just some menacing monkeys. Then you see random leaves moving and branches bending and see this massive iguana fighting to try and get a grip. Finally said iguana falls onto the jungle floor and springs to another tree and runs up it.

This is one you could capture if you actually had a sweet camera. You’re lounging with some friends and suddenly a flock of them show up and start devouring every almond in sight. Seeing a macaw never gets old, let alone a whole flock. If you live here long enough you can take them for granted until they stop showing up and then a week later and you’re thrilled to see them again. In case you aren’t sure what these are, they are the coolest looking bird in the world, imo.

I wasn’t here for this one, I was in Drake Bay but my roommate loves telling me this story. The water guy comes and as they are backing up the truck it goes into the ditch next to the road at the end of the drive way. They get out for whatever reason and call you over. There you see a massive boa constrictor that is roughly 6” wide. They kid you should put it in your house to get rid of the bats in the ceiling BUT it also might strangle / eat your dog. They wake it up and it’s long gone out of sight before the coil in front of you disappears.

Tourists do the dumbest stuff(myself included as I’m a tourist). You can say “hey, there are crocodiles in those mangroves” and in a thick German accent they reply “nah, we’ll be fine”. Naturally, you quip back “as you wish”. There are crocodiles and caimans in the river here. The locals say the ocean should be fine during the day but at night between two river mouths you need to be suicidal. As you drive over some of the bridges you can often see a solid 10 footer and a local gent told me he killed a monster 15+ footer before and still has its head somewhere.

These are those bugs you can’t see hence they are called “No See Ems”. These things will attack you and make you scratch like that dirty guy downtown rolling around in filth in what were once white pants scratching and swinging at bats that don’t exist. Only these guys are real. We still have no idea what they are and don’t even try and see em, you won’t.

The moral to this story is that if you’re living in jungles, even if on the outskirts of town; never forget you’re still in the jungle! It’s not like the animals are coming to you, you already went to them. They were around before anyone settled there and will be after you leave.

Also remember that when living in jungles, watch yourself before you wreck yourself.

P.S: That said, living in the jungle is awesome and I’m not talking about a concrete one.

P.P.S: A reminder to NEVER go anywhere at night without a flashlight.