Today I would like to share with you some Little Corn Island drone footage. I’m not the magician who filmed this wonderful video, my friend John is. That said, I’m glad that I’m able to share it with you because it will give you a completely new perspective of what Little Corn Island is all about. I’ve been living here for years and seeing this for the first time was eye opening for me. 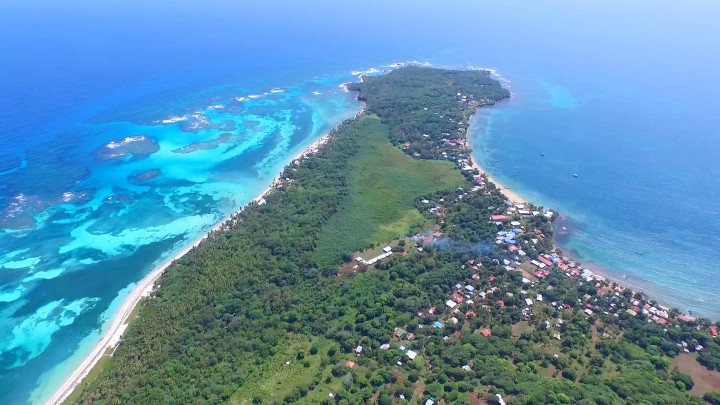 Since Little Corn is only accessible via boat from Big Corn Island and no planes fly over it, we never know what the island looks like from above. This video changes all that and I can’t believe how nice the coral reefs are. I always knew that Little Corn was a beautiful spot but after watching this video, it’s almost like seeing the island for the first time.

The island isn’t large by any means and this video gives you an idea of what the place is about. That said, it does focus mainly on the central and north part of the island. In the centre of the island there is a big hill which is aptly named “The Hill” because there is no other hill. Other names like “Mango Hill” and such have come into play but by giving this a name besides just “The Hill” implies there are others, which there are not.

Drones are truly magnificent inventions and drone footage is a game changer. You can walk around the island hundreds of times but never really appreciate just how beautiful the place is until you see it from above. I’ve said enough and will let the video do the talking. Also, that’s me on top of the building near the end and the house is “Alta Vista” which is the project I’ve been working on down here since June, 2015.