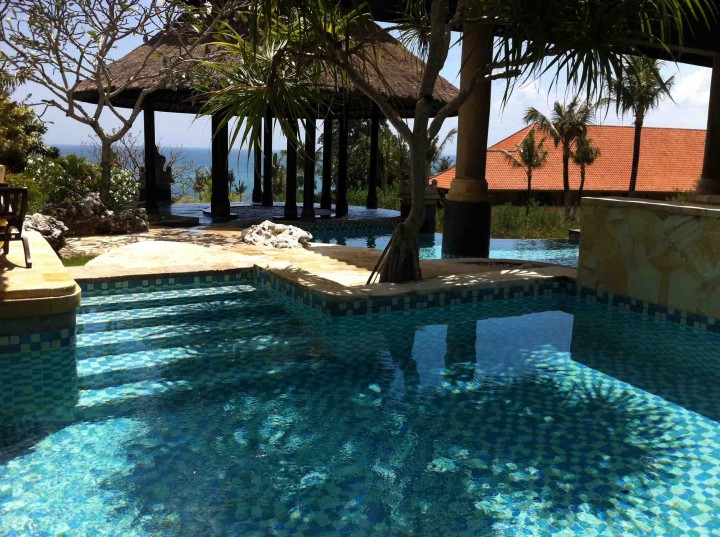 Today we’re going to discuss something I pretty much knew noting about until yesterday but now is one of my favourite things to do in the world. Have you heard of hydrotherapy? It’s basically therapy where jets massage different parts of your body so think of it as this massage therapy of sorts but instead of hands they use jets?  Four hands is better than two and the amount of jets in this pool felt infinite… 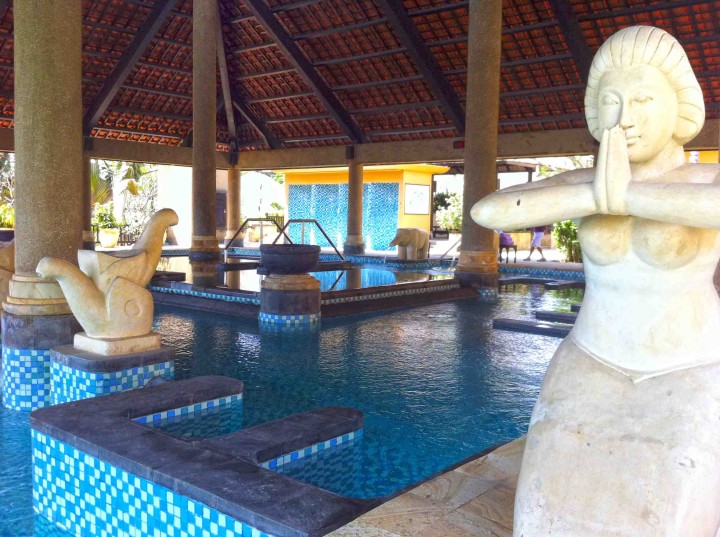 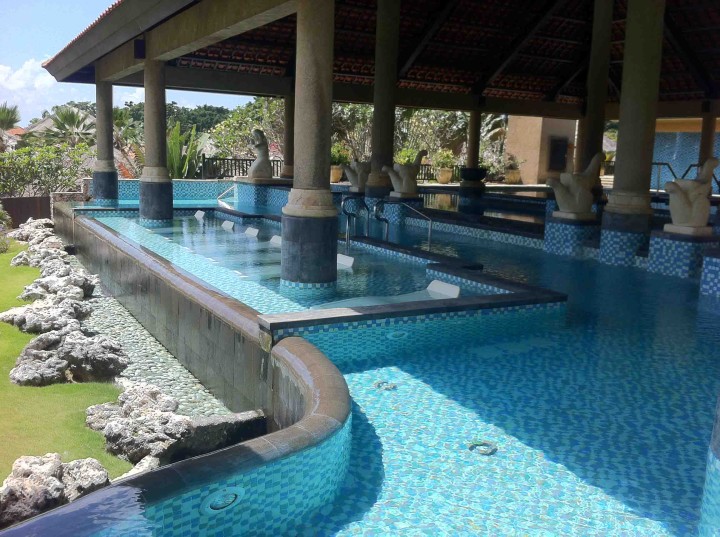 So yesterday a friend and I went to Ayana Resort & Spa here in Bali to try out their aquatonic pool and receive some hydrotherapy. I was literally blown away with how big and complex this pool system was. You do a few things to get the blood flowing and then there is just station after station where you lounge for about 2 minutes in each and it targets a different part of your body. 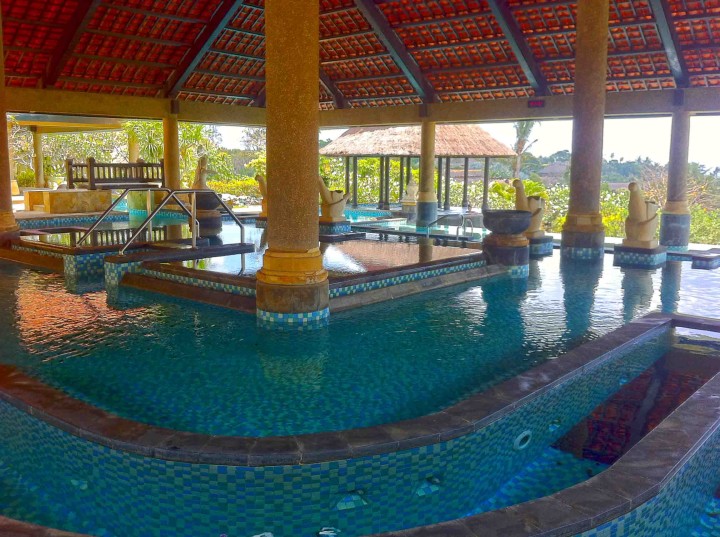 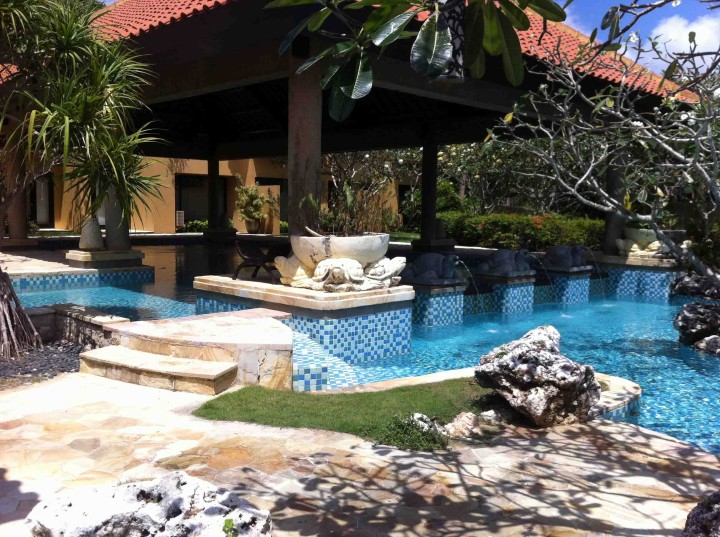 Literally every part of your body gets hit and near the end the water gets warmer until you’re in a hot tub. Mix that in a really stunning setting overlooking the ocean and you’ll get an idea of the type of relaxing experience that it is. Typically it takes about two hours a cycle but there was nobody around when we went and we did it in close to three hours. If you want the place to yourself, recommend going earlier in the day as supposedly it gets busier towards sunset. 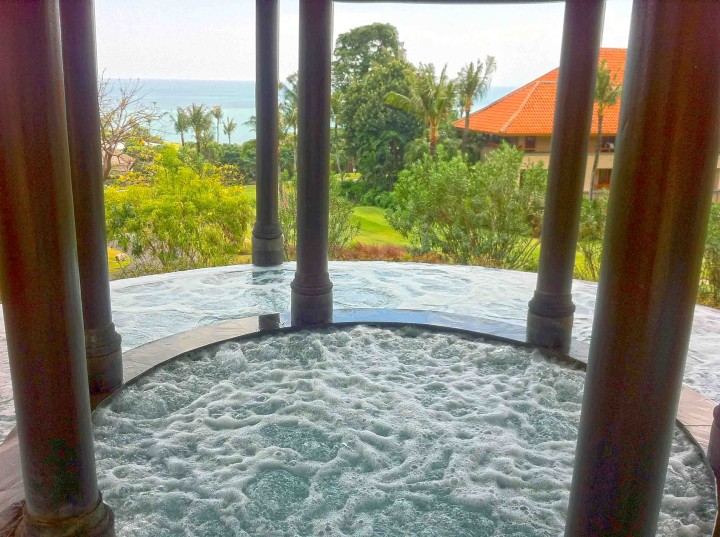 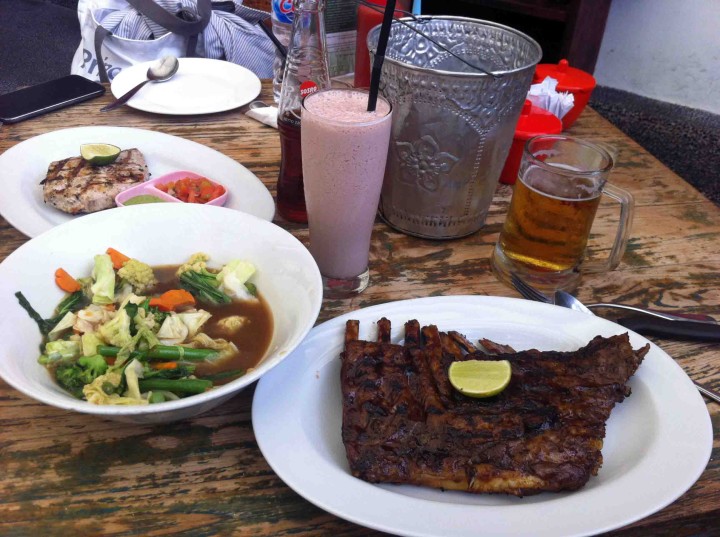 I can’t say enough good things about it and I made a video which will come out at sometime in the not too distant future. It honestly felt like I had gone to heaven, I’m now a huge fan of hydrotherapy. Afterward we went to Naughy Nuri’s which is renowned for ribs and sure enough, they were delicious. Bali really has everything you could ever want, we even got a shot of wheatgrass withour meal, random. I literally demolished the entire plate of ribs in less than two minutes; the meat fell off the bones and it was seasoned in a way that really resonated with me. 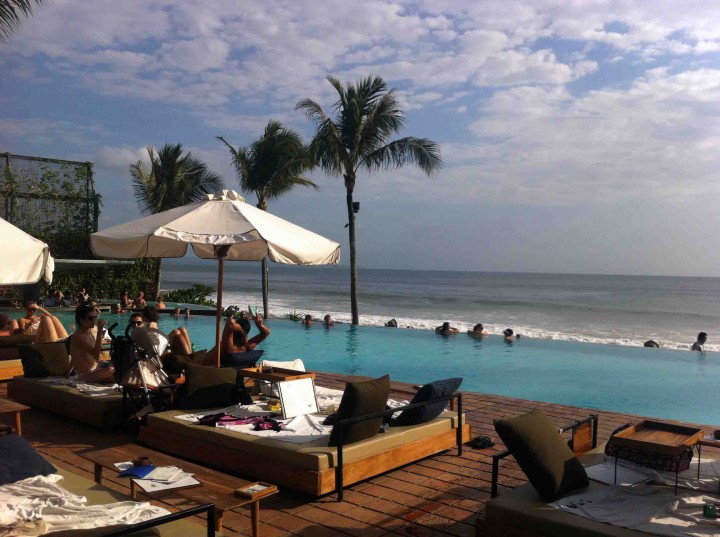 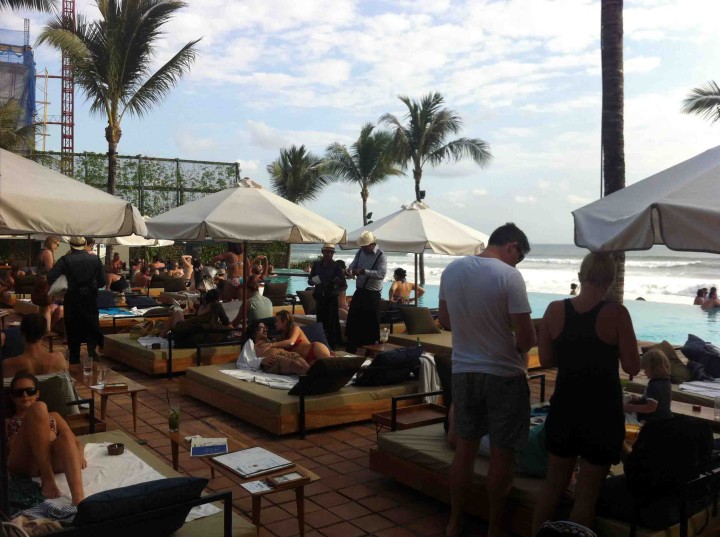 Following that we made our way to Potato Head Beach Club which is a really nice establishment to kick back and watch the sunset from. It’s a big place with an infinity pool overlooking the ocean. During the day it seemed more family oriented but as the sun started to sink into bottom of the sky the vibe changed. There was a DJ playing all day but the music switched as the sunset and so did the demographic lounging around, enjoying drinks and eating dinner. It was a really cool place to relax and unwind, I’d like to revisit it again sometime. 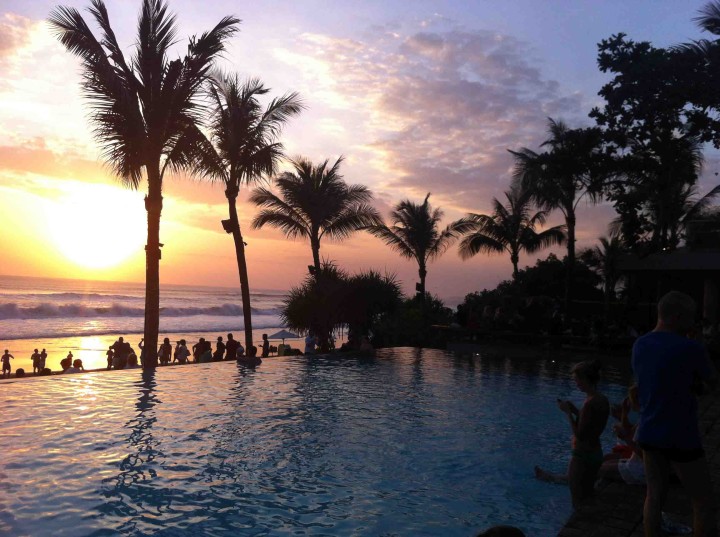 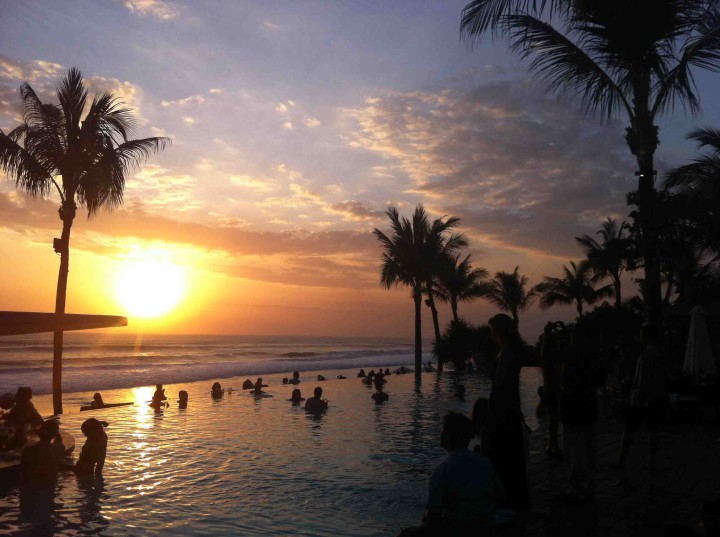 The more time I spend in Bali the more I’m realizing that it really does have everything. Forget the amenities and let’s dig deeper, it’s somewhere that I feel alive and inspired. So many places on this planet feel like rat cages with little to do but run in a wheel, Bali feels like somewhere in which you’re free to roam the rice fields, sewer systems or both aka it feels free.  Add that with all the amenities you need and what more is required?

I’ve been on the lookout for a base in SE Asia and believe Bali is a strong contender.