I’m writing this from the Caloura Hotel Resort half exhausted while feeling fully accomplished. I’m not much of a hiker but as a kid, I used to do lots of outdoor stuff. This last week hiking on the Azores Islands has been great and I’ve done more hiking than I have in the rest of my adult life. Not only did I learn lots about the flora and fauna of these volcanic islands, I also learned a lot about myself and in the process.  I’ve now picked up a new hobby which I’ll hopefully be doing again here and there  in other parts of the world, I’ve rekindled my interest for hiking and the outdoors… 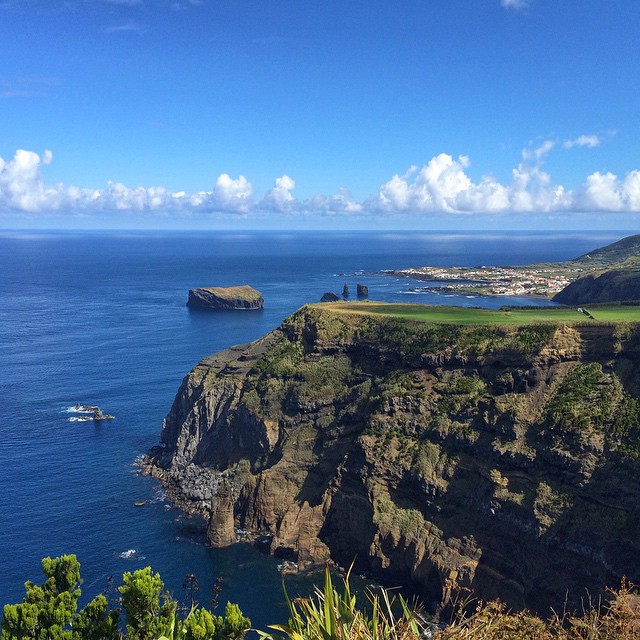 The trip started out on Sao Miguel which is the largest island and the municipal capital of the Autonomous Region of the Azores Islands belonging to Portugal which are deep in the North Atlantic roughly 1300km or so from Europe and roughly 1900km or so from the eastern tip of Newfoundland in Canada. To say these islands are beautiful would be an understatement, same goes if I were to say they were peaceful when in fact they are serene. There are nine islands in this archipelago and I had the pleasure of vising Sao Miguel, S. Jorge, Faial and Pico; they are all offer similar scenery but with their own unique vibe. 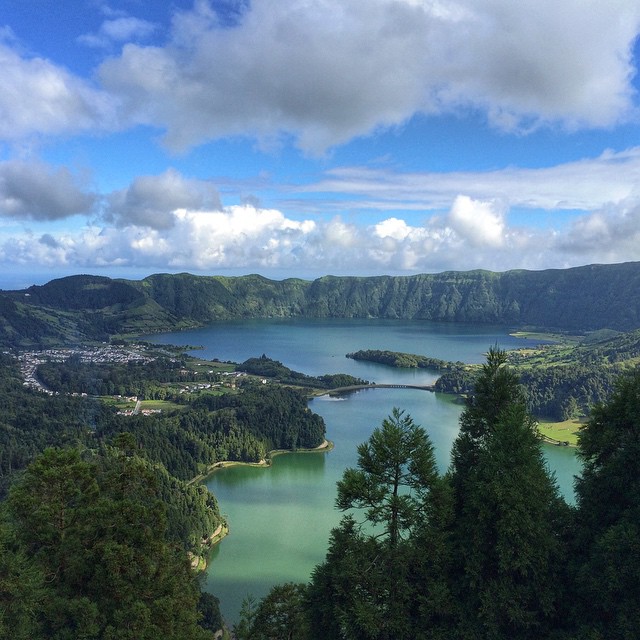 I arrived on Sao Miguel a few days earlier than the group I was with and did some golfing and if you wish, you can read about both the Batalha Golf Course as well as the Furnas Golf Course. Both courses are on Sao Miguel and two of  the three total golf courses on the islands. Following that I went on a trip to Lagoa das Sete Cidades and took some great photos of the Green Lake and Blue Lake from the king’s viewpoint before going into the village. If you’re on Sao Miguel, you can’t miss this; it’s these two majestic lakes situated in the crater of old volcano and a sight to be seen to say the least. 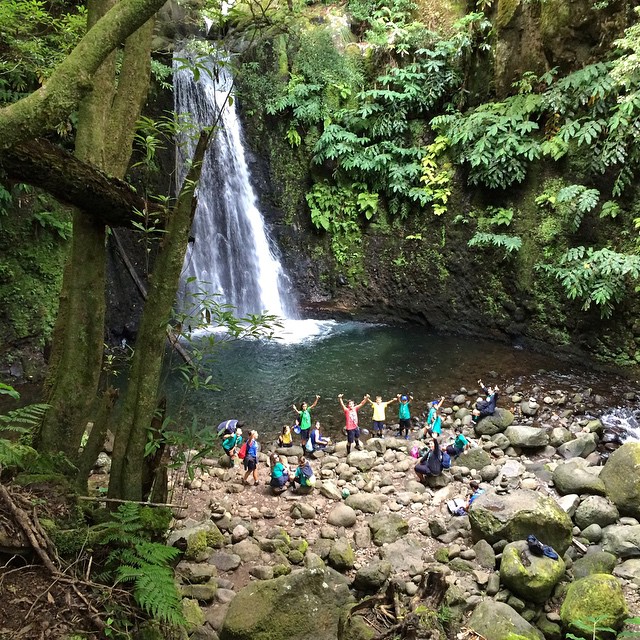 The hiking started with a trip to the waterfall at Salto do Prego from the small remote town of Faial da Terra on the southeastern tip of the Sao Miguel. Following that, I spent some time exploring the beautiful town of Furnas to explore the Terra Nostra Botanical Gardens and see some fumerals first hand. The botanical gardens also have some incredible thermal pools which are filled with iron, great way to relax after a long hike; of course I took a dip. The area also has countless different variations of mineral waters; some are great and others not so much but that is for your palate to decide. 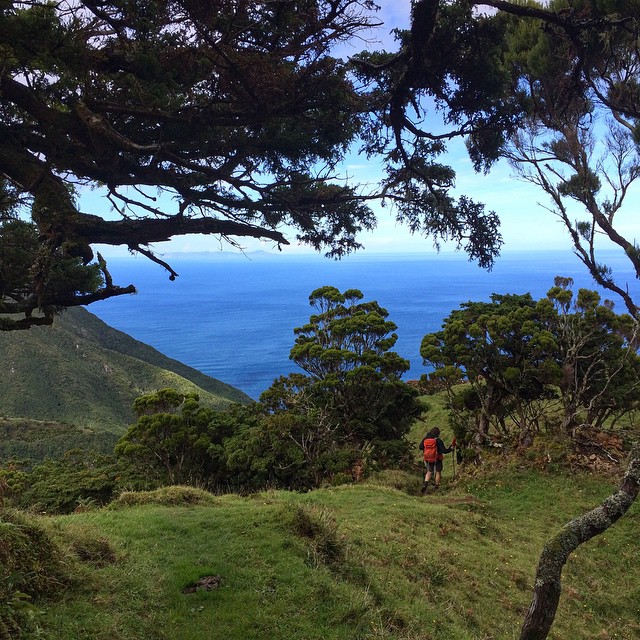 The next island we visited was Sao Jorge and we stayed there for two nights and did a wonderful hike on the trail called Serra do Topo, Faja dos Cubres. This was roughly 10km and went from the top of the hills down towards the peaceful Caldeira do Santo Cristo. This was the first hike I did which really tested me, I remember thinking we were done when I sign indicating we had 6.7km left; it was a warm welcome to hiking as the distance left quickly faded from memory and was replaced with world class views. If you’re on Sao Jorge, do eat some of their cheese, it’s delicious. In fact all the cheese I had on the islands has been great but this was one of the standouts. 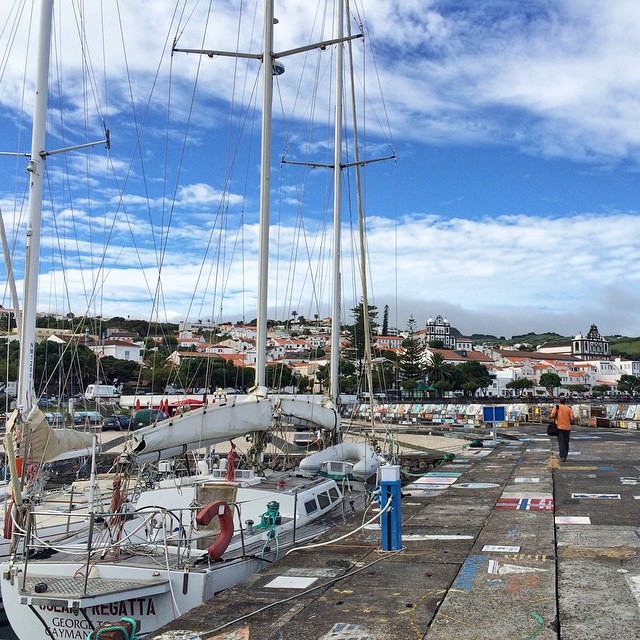 From there we made our way to the island of Faial, went on a hike but sadly it was really cloudy before spending a sunny afternoon exploring the city of Horta. Horta is a sizable spot which is a real hot spot for yachts coming through the Azores from the Mediterranean to the Caribbean and the reverse. We stopped at the iconic Peter’s Cafe which is filled with memorabilia from sailors the world over. It got popular as a spot that never closed to give sailors a warm welcome regardless of what time they arrived. I enjoyed a gin and tonic as well as a good steak; a preferred order of sailors and I can see why. Next up it was time to visit Pico which is where the real test of hiking lay. 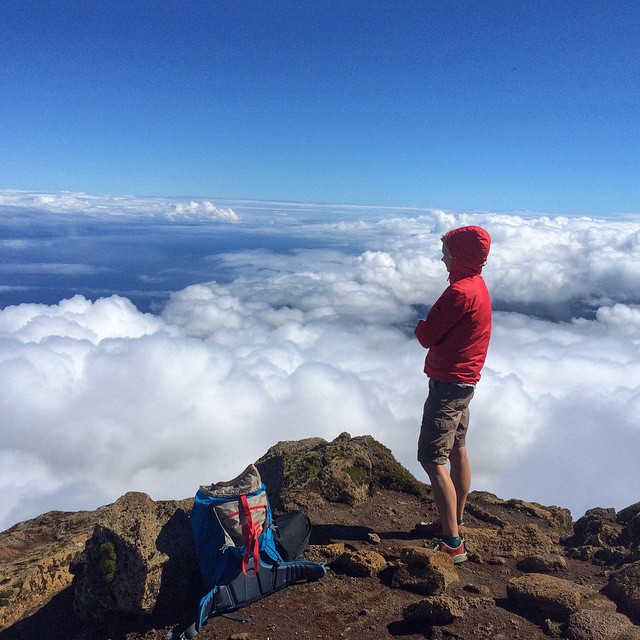 Pico is the youngest of the nine islands which form the Autonomous Region of the Azores. It’s also home to the highest peak not only in the Azores but in Portgual and the third highest in all of the Atlantic Ocean… It’s called Mount Pico and it rises 2351m from sea-level. Near the top there is a large crater and inside such crater, there is a summit which will test you once you’ve managed to scale the winding trail to get there. I remember getting to the crater half dead thinking I had made it, I was wrong. There was a fog for the final part of the climb but it cleared once we got the crater, it was a sublime sensation. 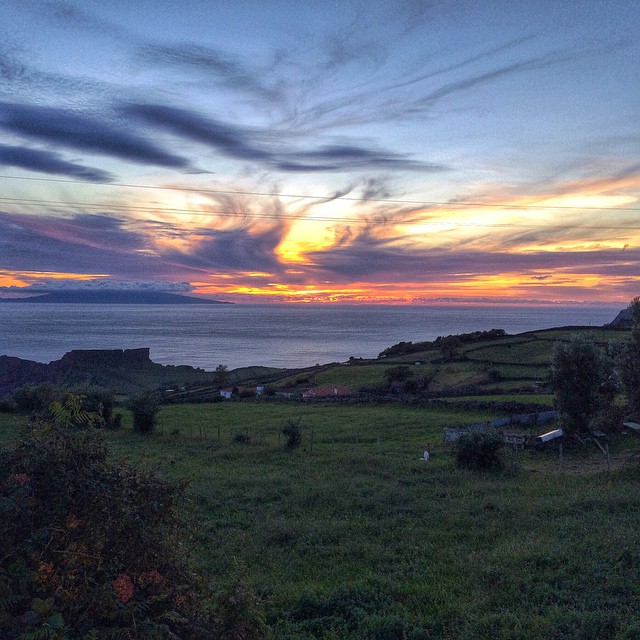 That said, a short while later and we were on the summit and the feeling of accomplishment was energizing. It’s like any project, you make a plan, get some help in the form of a guide if needed and then it’s just one step after another until you’re there. It took us a while to get up and while there, we had blue skies above the clouds. This is one of those experiences I won’t soon forget and although at times I was dreading the next step, I’m thrilled I did it. I will note that when you’re at the summit, don’t think you’re done; the hardest part is definitely going down… 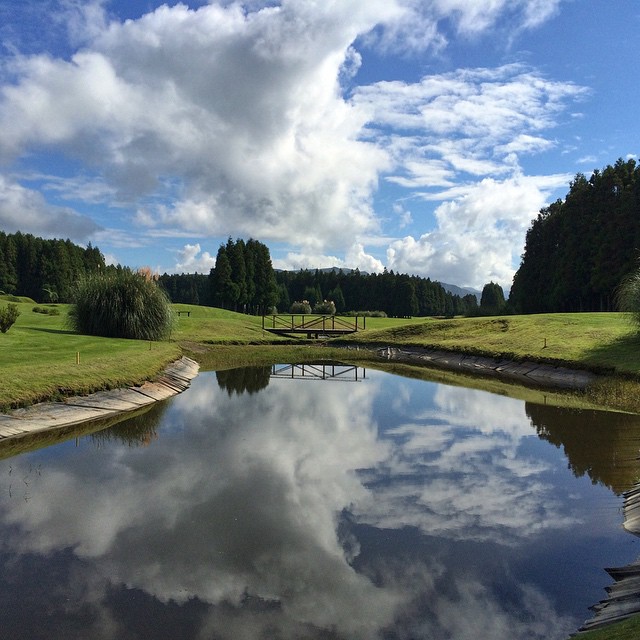 We did lots else but this has gotten quite verbose as always and I’ll discuss them in upcoming posts. I will add that there is great cuisine on the islands. I’ve fallen in love with limpets, not to say move over lobster but I have a new go to dish when they are offered on a menu. The seafood is plentiful and fresh which is to be expected from islands like this but the steaks are also top shelf. There are as many cows as there are people on this island so it’s really a perfect place for those with palates that enjoy a good surf and turf. In case you’re wondering ~247,000 people call the islands home and yes, similar numbers for cattle. 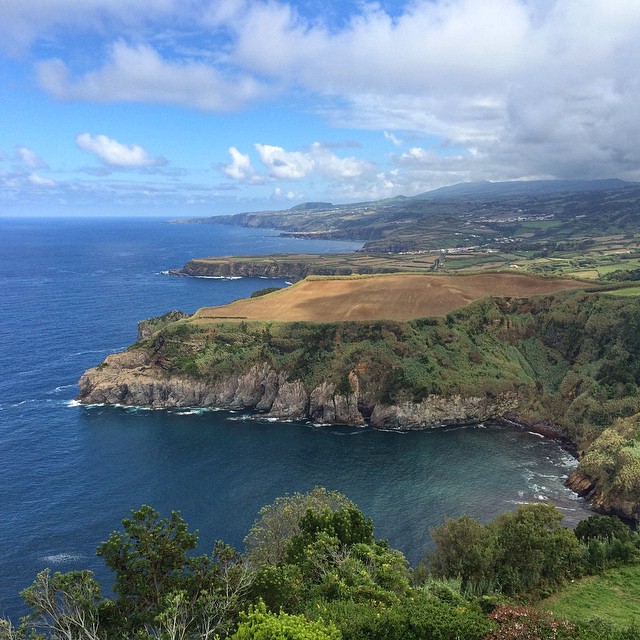 I’m glad for the experiences I had on these islands and this won’t be my last time visiting. As I mentioned above, all the islands have their own vibe and now that I’ve gotten the feel for roughly half of them, I’m keen to one day explore the others. I also love the idea of basing myself in the summers on the island of Sao Miguel as it has everything a gent like me needs and a location which couldn’t be better for someone often crossing the Atlantic Ocean with commitments in both bordering continents of North America and Europe. It’s also the perfect blend of blazing internet speeds surrounded by serene scenery; what’s not to like? 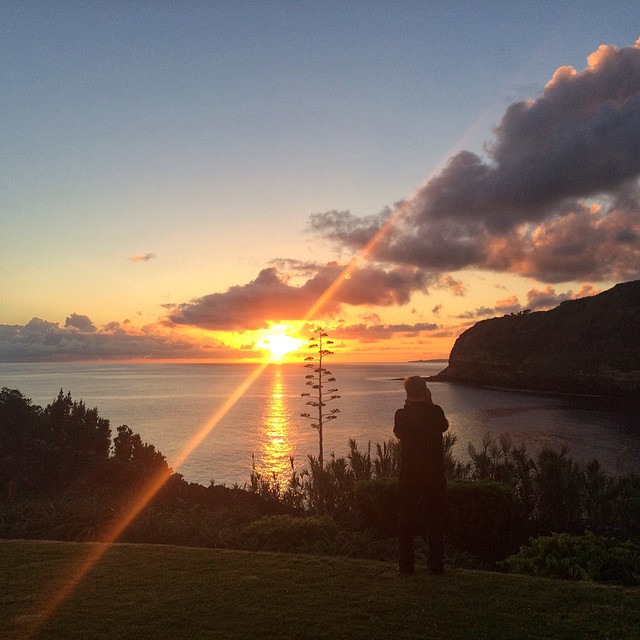 Big thanks to Visit Azores for their hospitality, I had an absolutely amazing time.

P.S: Stay tuned for much, much more in the not too distant future.

P.P.S: All these photos are from my instagram; you can see more of them here.

10 thoughts on “Hiking on the Azores Islands – Highlights”