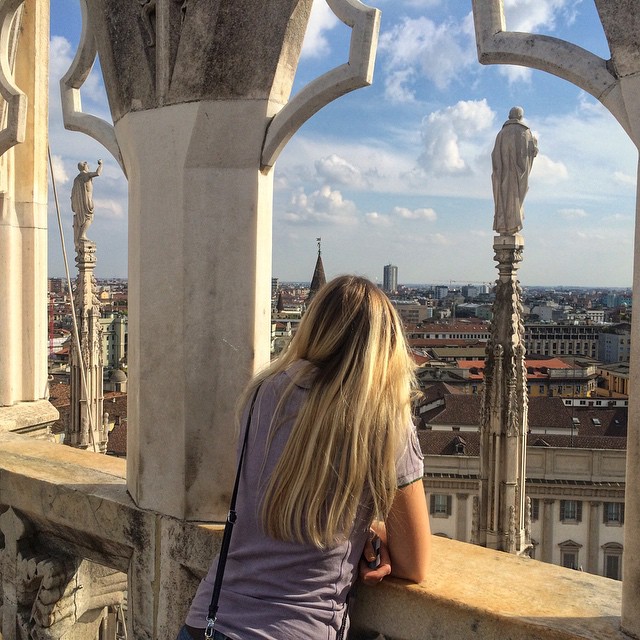 It’s near midnight and tomorrow I’ve got another early alarm set as my time in Italy has come to an end. I’ve been in this wonderful country the last three weeks and it seems the longer I spend here, the more I like it. The last two weeks I’ve been based out of Milan at the Blogville Apartment in the core of the city; what an experience. I’ve really enjoyed living like a local and taking short trips to some of the countless attractions which are all a short train ride away.

This is one of those goodbyes which I’d wish was later but isn’t that difficult. It’s not that difficult as I’m positive I’ll be back to this city at some point again in the future so it’s more of a see you later than a goodbye of sorts. The world is a huge place and lots of places are a one time thing, with Milan it’s not the case. Tomorrow I’ve got a flight to somewhere new which is always exciting and  little distance makes the heart grow fonder one believes. Some say they leave a part of themselves places they enjoyed but I believe you always bring a piece of the places you enjoyed with you.

Today, I went up to the roof of the Duomo which is the Milan Cathedral and all I can say is wow… To get to the roof of the Duomo you can take the elevator or the stairs. I took the elevator up and the stairs down, I prefer it that way but then again I think most would, yes?  You get insane views of the city from up there if it’s a nice day like today was and the photo above basically sums it up. Also, make sure you take a stroll inside the Duomo as it’s also not to be missed.

Milan is in the region of Lombardy and most of the day trips I took were in the region. That said, I also had the pleasure of visiting Emilia Romagna which isn’t that far away, only an hour on a high speed train to the city of Bologna. I’m looking forward to returning to Chiavenna in the Italian Alps at some point to do some hiking in the summer and some skiing in the winter. So much to do and so much to say but we’ll leave it for another day as right now, I need to finish packing…

Below are the posts and videos I’ve already published.

In closing, big thanks to everyone who helped make this experience what it was; grazie!

This post is from the Blogville campaign, created and managed by iambassador in partnership with Lombardy Tourism and Emilia Romagna Tourism. That said, obviously all thoughts are my own as they always have been and always will be.