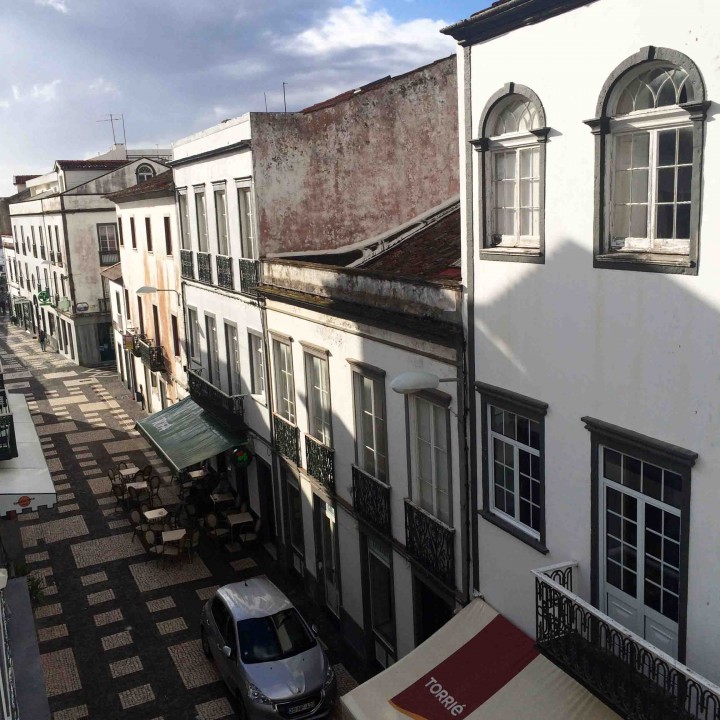 Greetings from the Azores Islands,

Today we’ll talk about flying to the Azores Islands but first let me tell you a bit about them. They are volcanic islands in the North Atlantic Ocean and officially called the Autonomous Region of the Azores. If you follow this blog, you know I love islands, especially ones that are in autonomous regions. These islands are roughly 1,360km west of continental Portugal and 1,925km southeast of Newfoundland, Canada… To say they are remote and that I’m excited to be here would be an understatement.

To get here it was quite the adventure and took me ~16 or so hours door to door from Milan, Italy. I caught an 11am flight to Lisbon arriving in a torrential downpour and there I waited for roughly 6 hours until my flight to the Azores Islands. I flew to Ponta Delgada which is on São Miguel Island. This island is the largest of the archipelago, the most populated with roughly 120,000 people and the administrative capital as well.

Something worth noting is that on the way from Milan to Lisbon I sat in the seat 1B and had two pilots on either side. The flight attendants also had their little folding chairs right in front of me so I was basically surrounded by crew. They were cool and we were joking how I was part of the crew so that when the pilot came out and shook the other pilots hands I also extended mine as though I was a pilot just not dressed; guess you had to be there but one of those experiences.

I’ve concluded that if you have lots of time to kill while you’re in an airport, the best thing you can do is buy a good meal and actually enjoy it. We all know that airport food prices are inflated and that food on airplanes isn’t so desirable, yes? Well, for a while now I’ve been of the mindset that you are best ordering a nice meal should you find yourself in the airport with some time to pass.

You see, most people wish to spend as little as possible and that is why all those horrific sandwiches and pre-packaged salads are roughly 7E or so. Just below that for people who are really trying to spend as little as possible you can get some McDonald’s. That said, if you’re willing to spend an extra 3-5E you can get a half decent meal and I had the Stockholm and Copenhagen salad made fresh in front of me at Air Tasty during my stay. Not the best salads I’ve had in my life but considering my options it  was ideal and the portions were quite generous.

After that it was time to fly to the Azores on SATA International which I believe is the major airline servicing this remote region of the world. I met a nice German lady who has retired to the islands on the shuttle to the plane and started chatting before finding out we were sitting next to each other. Big thanks to her and her husband for driving me to my hotel after the flight; it was very much appreciated. That was my first experience on the islands and glad to say it was a great one.

I’m here a few days early and on the 26th there are other bloggers and perhaps journalists flying in for an adventure involving hiking and I’m not sure what else at this point. I do know that I’ve got some downtime and as a result I’ll be catching up on sleep, work and of course playing a few rounds of golf; in fact my first one is this afternoon so stay tuned for a a review later. In the meantime feel free to browse Azores Golf Islands website; I’ve already spent a considerable amount of time there and have a feeling that I’m in for a treat.

In closing, big thanks to Visit Azores for their hospitality; it’s appreciated.

P.S: Photo taken from my balcony in Ponta Delgada

2 thoughts on “Flying to the Azores Islands from Milan, Italy”