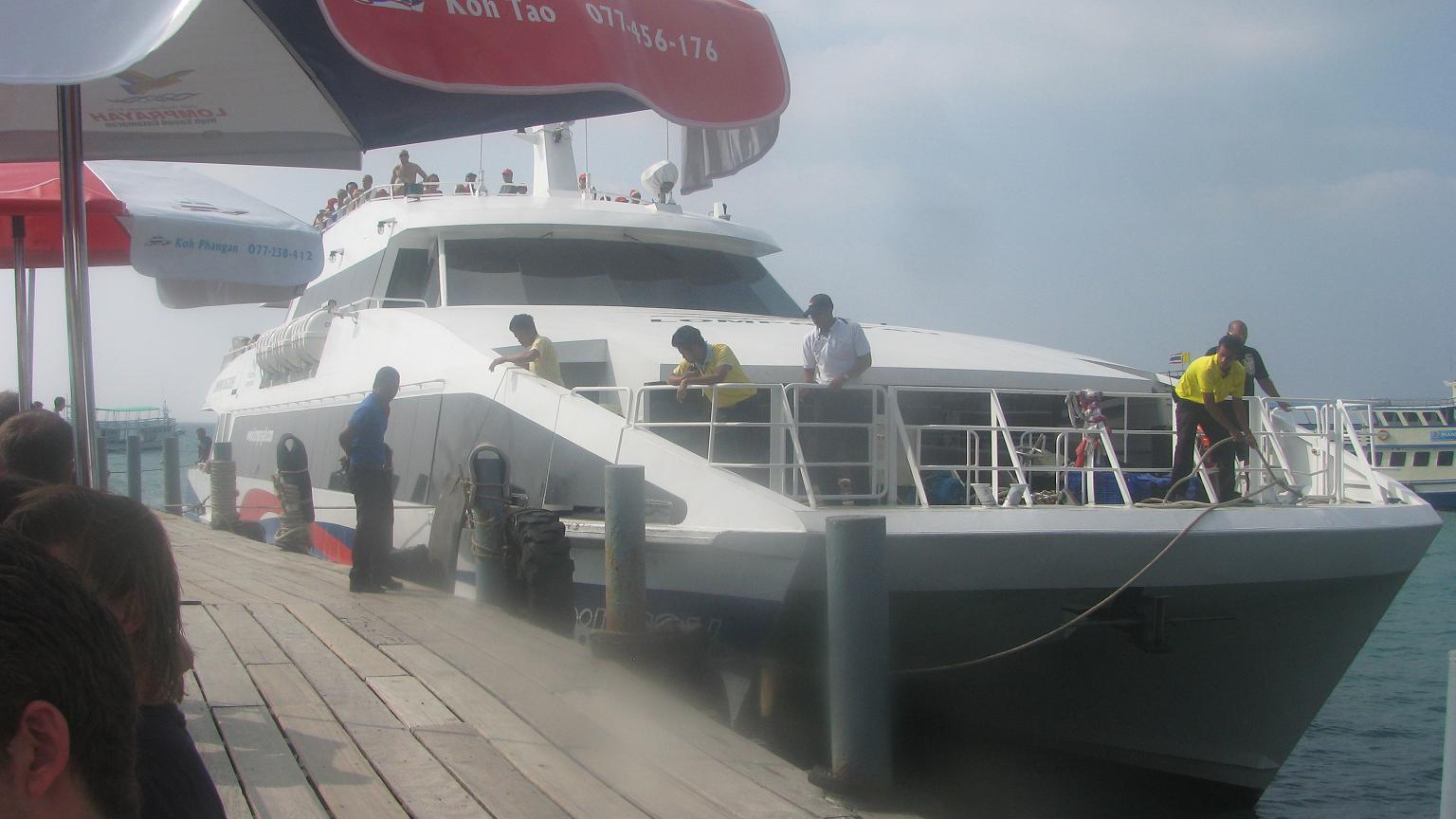 I’ll give an update on the Koh Phangan Full Moon party tomorrow, for now let me tell you about a ferry ride from Koh Phangan to Ko Tao.

The first ferry out of Ko Phangan was at 8:30am, we got there and took a high speed catamaran. The sea was incredibly violent, the ferry was rocking so hard, people were not allowed on the top deck. It was a crazy roller coaster, rising so high then completely falling, to the point you could almost use a seat belt. To say people had sea sickness would be a gross understatement.

At times, it hit soooooo hard, that I could only compare it to when you drive a car too fast over pot holes, that “crunch feeling” of that was harder than we are supposed to take, but it’s “ok”.

At this point, the puking started. People were puking at an alarming rate, and the odor was overwhelming. Ever seen the movie “Stand By Me”? During the pie eating contest, someone pukes on someone else and then it starts this massive chain reaction. The ferry was something like that.

I’ve never been on a sea even remotely as rough, people were bracing themselves for the worst and everywhere you looked it was green faces and staff carry bags of vomit and handing out tiger balm to smell.

At this point, I went outside for the rest of the ride. Debbie the Downer did say that when the sea gets rough, these ferries get nuts. She wasn’t lying about that.

Also the wind here is blowing incredibly hard right now and the sea is higher than I’ve ever seen, it’s literally coming to about 2-3 feet from where my cabin starts, it used to typically be about 5-10 feet.

Now we’re hanging out at AC Bar, time to get some food, rest and start a plan of where I’m going next.

Oh, the full moon party is out of control, literally. It’s an absolute sensory overload.