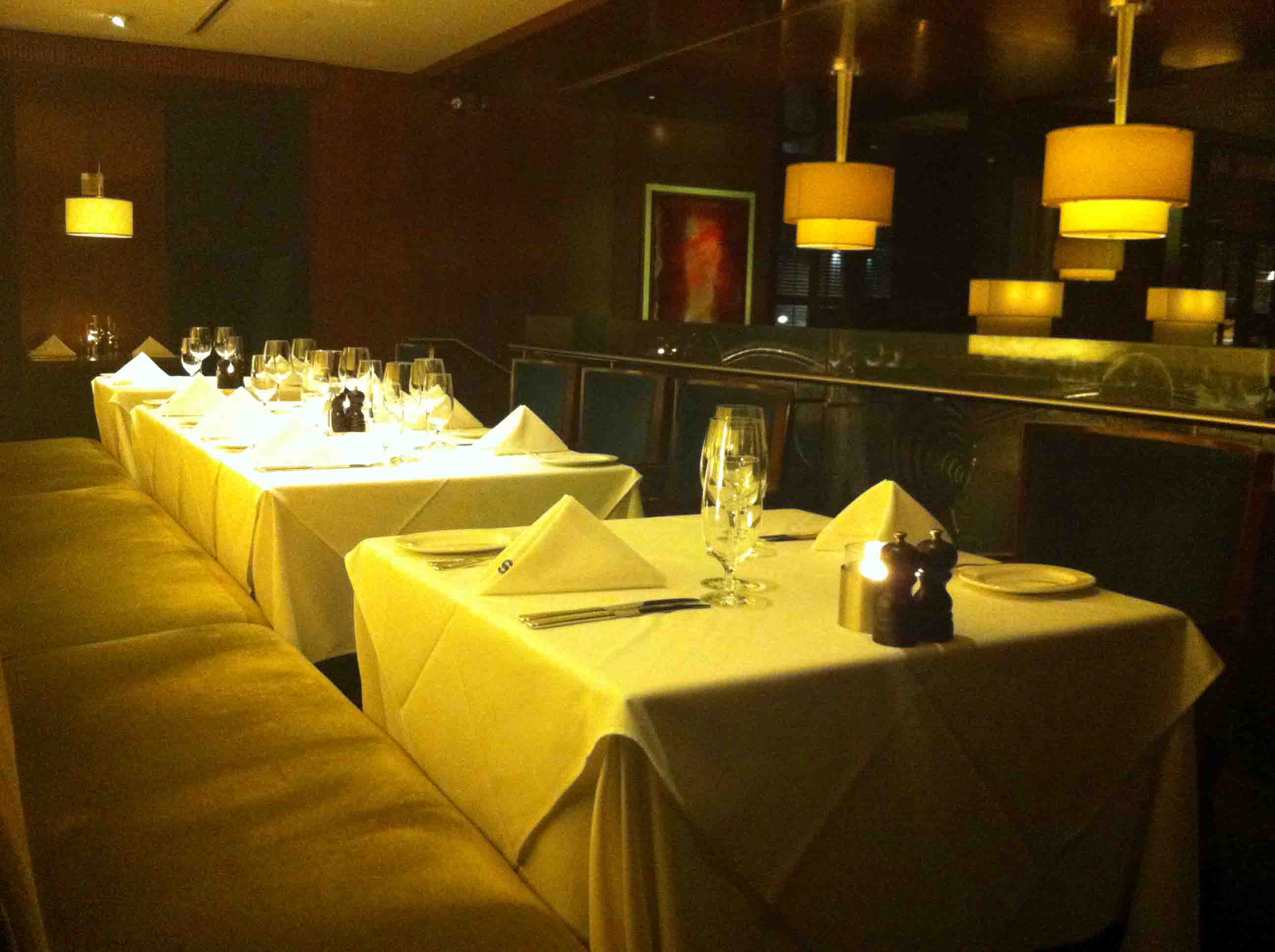 Last night was a real pleasure and a treat. I had the distinct pleasure of taking my mother to a delicious dinner at The Shore Club which is located in the heart of Ottawa’s downtown and attached to the lobby in The Westin Hotel. Since it was attached to the Westin, I assumed it would be quite nice and I was right. The place wasn’t too busy on this freezing Thursday night and shortly after arriving we were greeted by our most gregarious waiter, Bob. 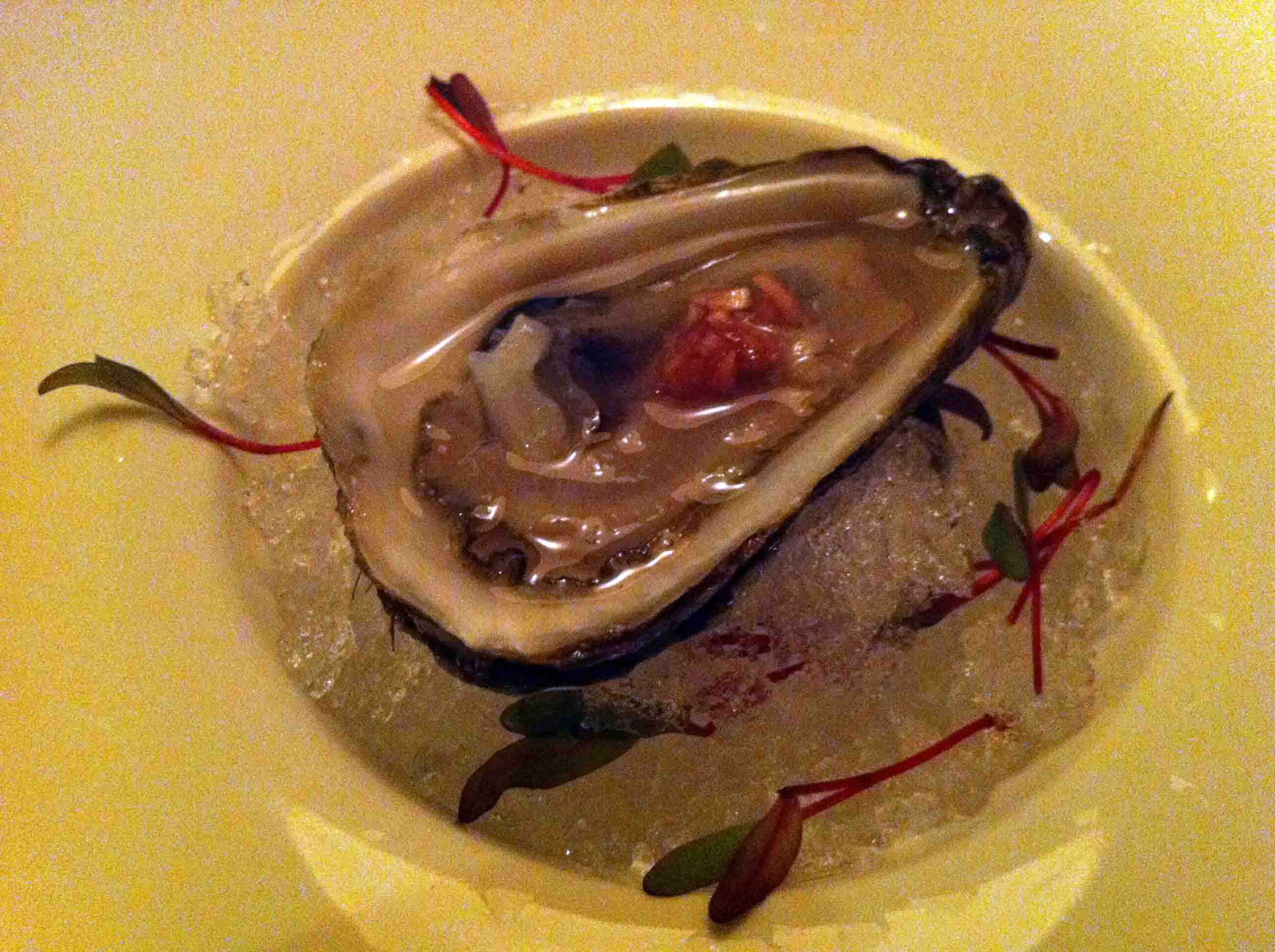 The Shore Club has a nice ambiance to it with a lighting that delivers a formal yet relaxed and intimate setting. Let’s discuss what matters most though, the food. They had a great menu that mainly consisted of steak and seafood which worked out perfectly for this gent. To get things going, the kitchen brought us an East Coast oyster that was great. I’m not an oyster guy but thoroughly enjoyed this, as did my mother. After this it was time to get acquainted with some appetizers. 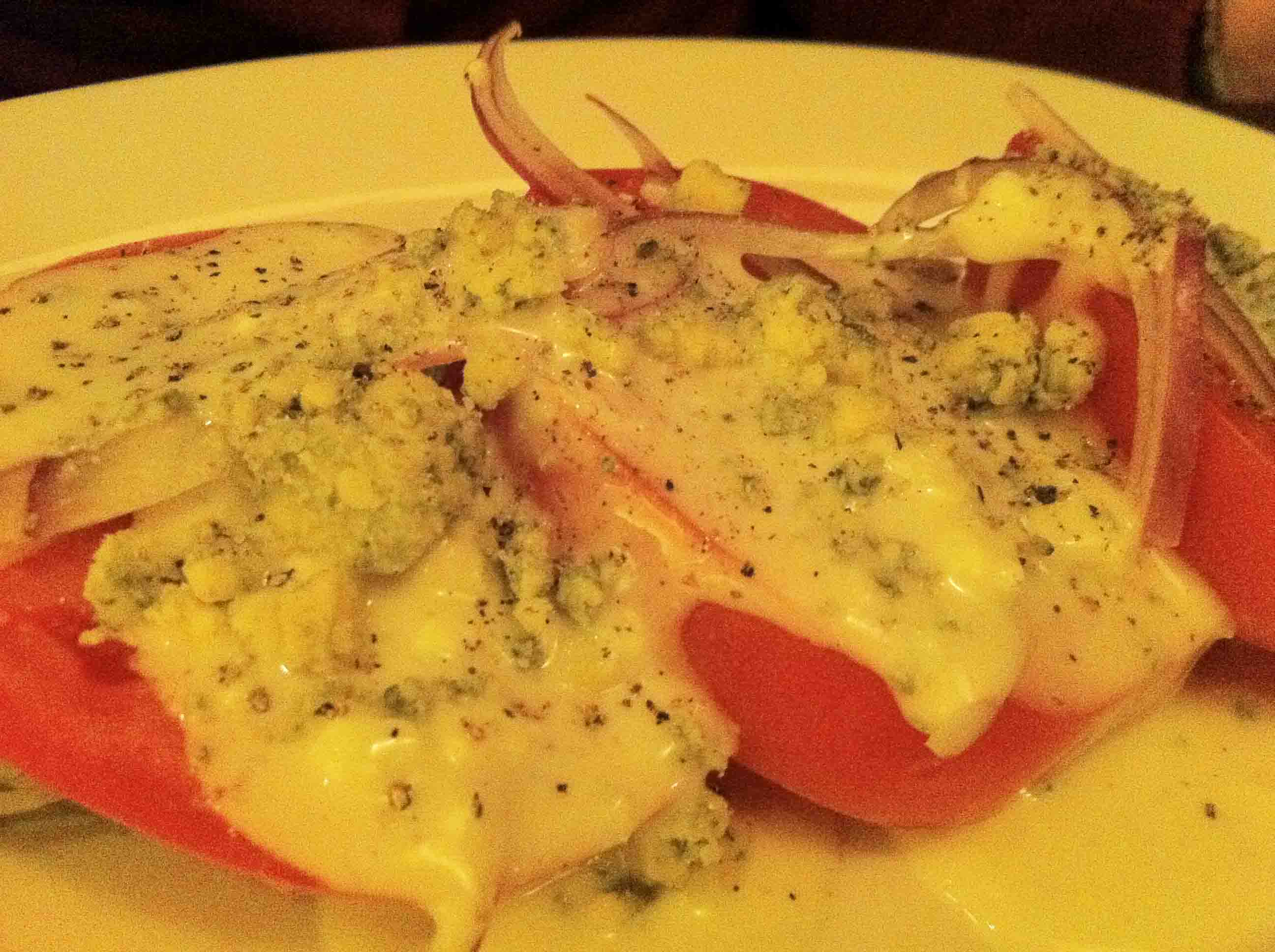 My mother ordered the Beefsteak Tomato, Red Onion and Stilton Cheese which was out of this world as naturally, I tried some. I stuck to something more classic, whenever I’m in a place that highlights seafood I go for the shrimp cocktail because I know they’ll do it right. By right I mean 4-6 jumbo prawns forming the pedals around the delicious cocktail sauce. The cocktail was perfect and it had been a while since I’ve had one like that. Too many places these days make shoddy shrimp cocktails but I digress… Other items which caught my attention included the Apple Cider Smoked Salmon, Dungeness Crab Leg Cocktail and the Beef Tenderloin Carpaccio. 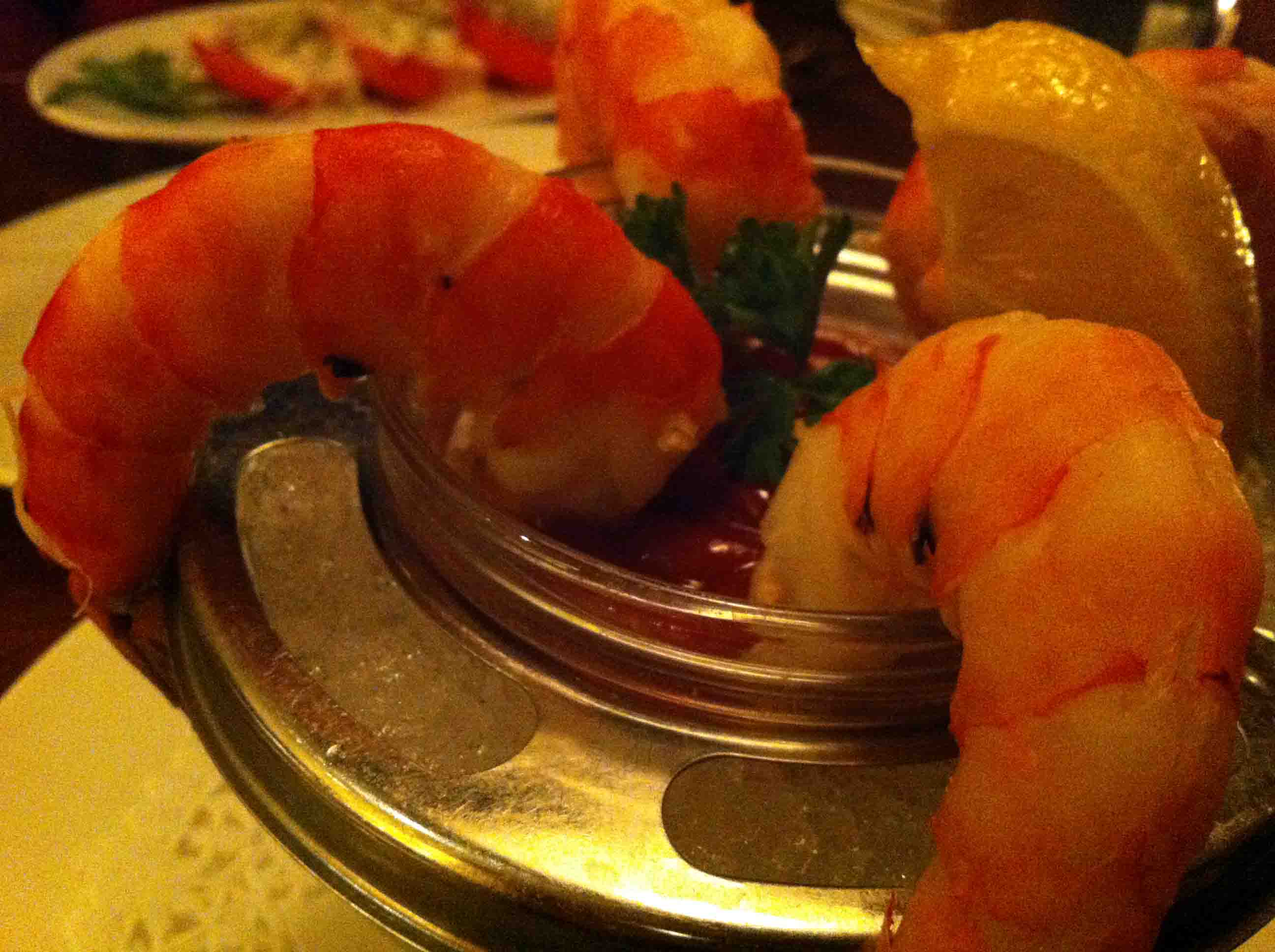 For the entrée my mother opted for the NY Strip and I chose to try the steak (filet mignon) and lobster. It’s been a while since I’ve seen lobster like this. At first I thought it was Caribbean lobster but it turns out it’s also from the East Coast of Canada. The steaks were both grilled to perfection and naturally, I opted for medium rare which I thoroughly believe is the best of both worlds. Other items that caught my attention for another time include: Porterhouse Steak, Herb Dusted Sea Bass, Centre-Cut King Crab Legs and naturally the Jumbo Lobster Tail. I almost ordered the tail but remembered I was going back to the Caribbean soon where I can buy it off the boat; it was time to also taste some Canadian beef. 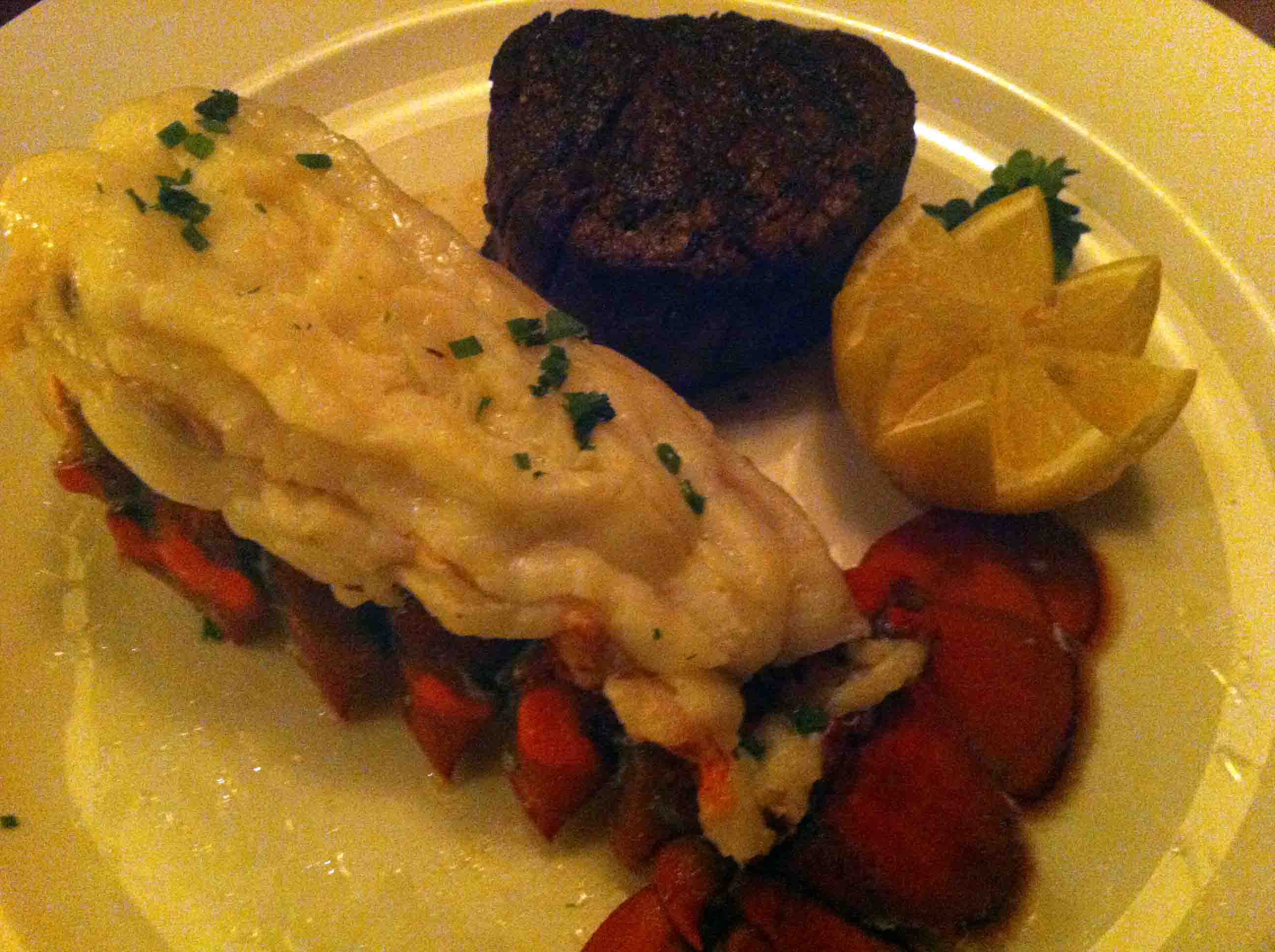 Everything you order for the most part is a la carte which is ideal and we got to choose our sides. We opted for the scalloped potatoes, fresh asparagus, sautéed spiced mushrooms and grilled beefsteak tomatoes. It was all great but the tomatoes came as a surprise and were recommended by our waiter. Not something I’d normally order as a side but it was one of my favorites. Had my mother not been there, probably would have opted for the baked potato fully loaded but I’m sure my heart isn’t complaining today. 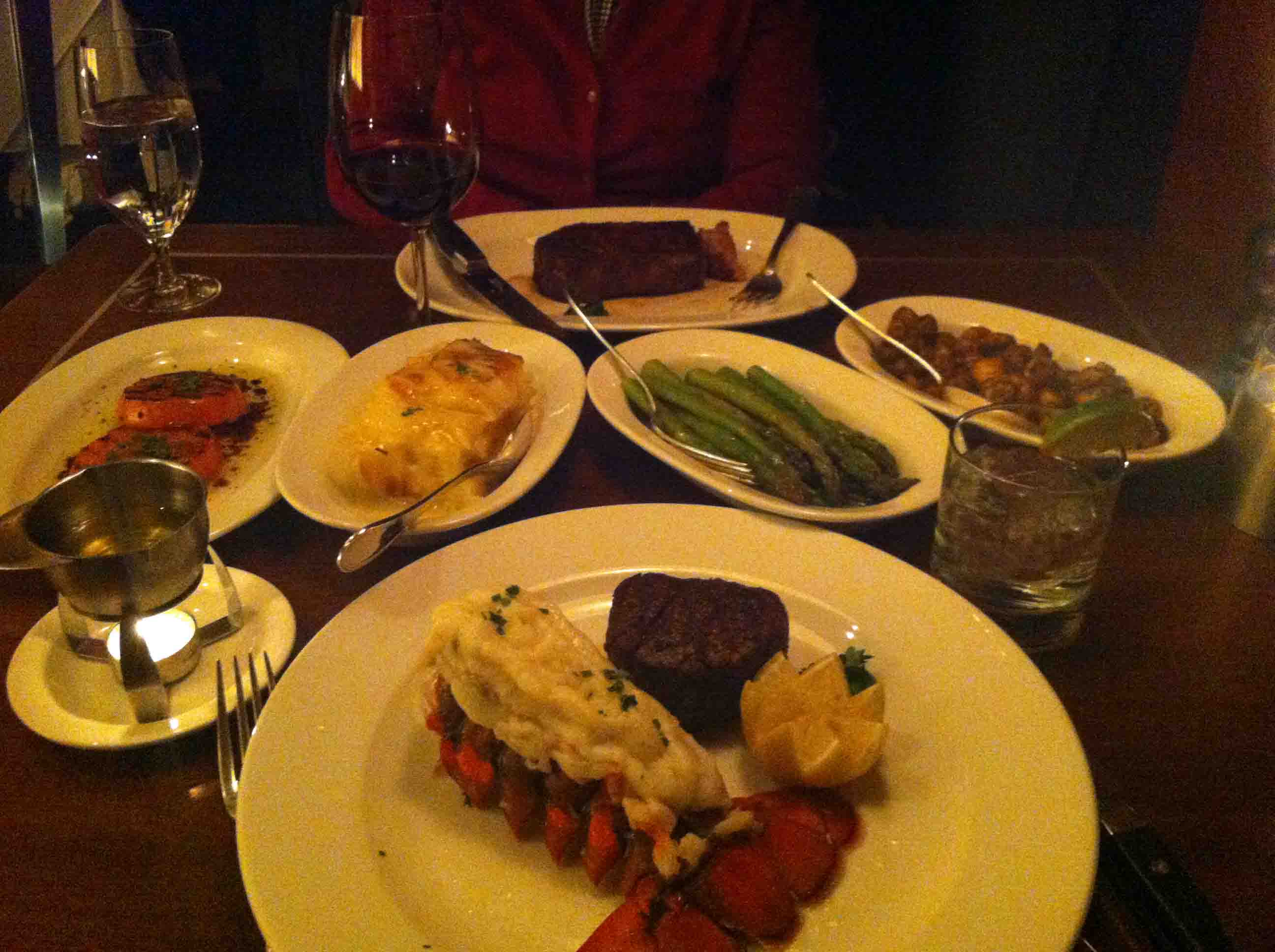 Next up was dessert and to be frank, was quite full at this point. My mother grabbed the Wild Berries while I, feeling adventurous, tried the Terrine of Sorbet. I say feeling adventurous as typically I don’t eat desserts, ever. It’s one of my few redeeming qualities in the world of consumption. For those of you who are devastatingly addicted to desserts, they also had an Old Fashioned Chocolate Brownie, Banana Split and Black Forest Cake which all sound pretty decadent. 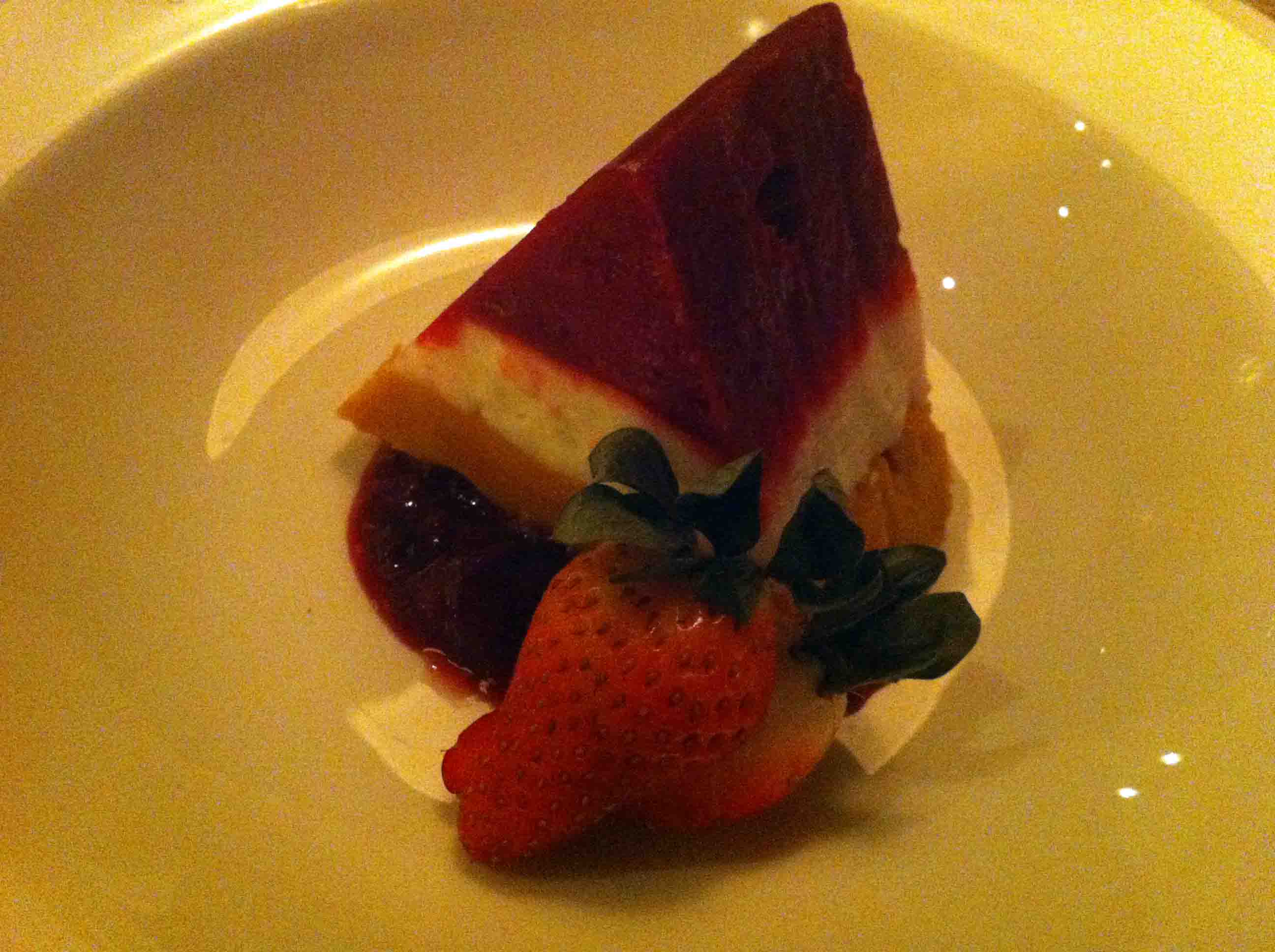 Obviously you can tell we both had a great time and I’m happy to have had the opportunity to discover another establishment of this caliber in Ottawa. I’d like to once again thank The Shore Club for their hospitality, we enjoyed the entire experience and the meal was most memorable. My only regret was driving there opposed to taking a cab as I would have loved getting further acquainted with their cocktail menu.

Tomorrow night I’ll be in Mont Sainte-Anne. As always, stay tuned for more from SHABL…