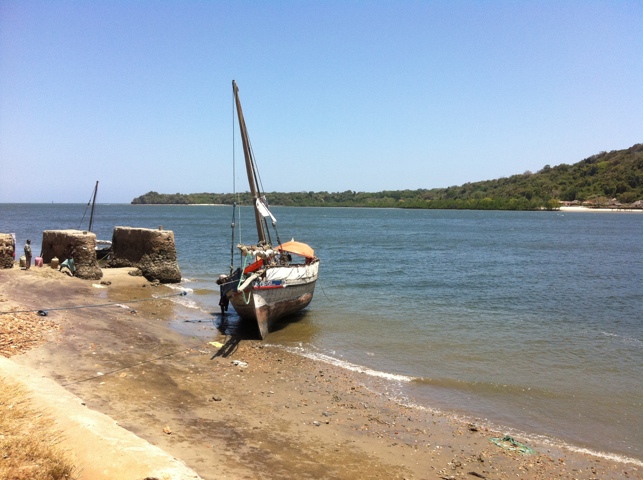 Write to you from this humble cashew tree fort along the coast of Africa in which currently residing. It’s outside a small village in-between two small towns. This area mainly has mud huts and has no electricity or running water. It’s really and truly out there, just as yours truly is.

Had some fun days, let us pick up where we left off, shall we? Upon arriving home from Tanga, the two other foreign gents were leaving. Mr. France and Mr. South Africa.

Rolled into Pangani with them and saw them to an over crowded dala dala, SA guy has never really traveled like this, sent them on way and said enjoy this baptism by fire. French guy is off to camp in mountains and figure out meaning of life or something.

Roll into town and get my visa extended until mid June, won’t be here that long, maybe another 30-60 days though, for sure. Après hit up juices and have first octopus omelet, good but very fishy tasting. Would only recommend for true hardcores Aka desired readers of this here blawg (sic).

I am known too many by different names, in Pangani and at this one ocean side restaurant, so simply as Mr. Avocado. Après, get meat fix and indulge at a new shop just starting out. Skewers for days, two juices and fried for less than a buck. Big fan of supporting small businesses the world over. If I was from here, I’d be running one.

Remember my friend in the shipping business? Stop by to just josh and that is when photo of boat that I believe above was taken. Behind pillars even smaller ones. Say whats happening and hang for as bit, thus is guy from there who lived in NYC and reminds me if Russel Simmons.

Turns out small sailboats carrying cargo from Zanzibar were unloading. They come a fee times a week. Oh ya told him about omelet and at same time were like hoe much would that cost back in N. America?!?! Also the seafood back home is a joke, red lobster? Gimme a break!

Meet a captain and enquirer about cost of local dahl ferry. He says screw the passenger ferry, if you want an adventure, go with these guys. It will cost you nothing, be a true adventure and you can leave whenever you want, just let me know… Sounds very SHABL. Id slip captain a 10,000 note if I go. The local one is 6,000 but this is more interesting. We joked only way to travel like they did hundreds of years ago without a time machine, indeed.

In Tanga I told you I ran into Scottish friends right? Well they were rolling back in a d I have anti-malaria for 3 months + the one month after. Unless you are borderline brain dead, that means will need more. They taking doxy as well purchased from home and kind enough to let me have it. Sourcing legit anti malaria around here is a serious issue. Will keep taking it, I don’t want malaria.

Had time to kill do hung out at local corner where old men lay in lawn chairs made from the roots of massive mango trees and guys polish your shoes with their heart Nd soul for a quarter. Get them to fix the sole and polish, ask him price and he says $0.45, deal!

Was so relaxed hanging there. Pangani has a small economy and many buildings under disrepair. Oh immigration is in an old 1800s building, was cool. People here are not that motivated by cash, they just lounge drinking juice under shady trees while swapping stories and letting time pass.

Friends arrive and off to Ushongo Aka resort world of this part of coast. One beer turns into countless and my friend Mr. B shows up on a motorbike at about 9 or so and roll back. Stop in at Mwera which is a tiny town but hS power so you can get cold drinks and a disco. Meet up with a friend and leave. Whoops forgot the pills at the resort bar.

It’s 15km if single track walking paths dine slowly on a bike with no lights so a flashlight is tied to handle bars. The sky is screaming with intensity. No light from anywhere, see the stars like nowhere else.

Did not do much during day yesterday. Kinda weird being only white guy for miles and miles. I wish to experience much of life, I can relate more to what it’s like, it’s not bad and definitely different. Swahili is coming, slowly.

Mr.B and I go back last night to get the pills and have some cool beverages. Scottish guy laughs ” hahaha you are worried about malaria yet riding those paths at night.” Mr B does not drink, ever and drives poly poly which is slow around here. It’s so dark that you look behind you while going in forest andnust black. Turn light off and can’t see your hand. We ro into Mwera as its on the way, hit up disco and jam for a bit.

Disco is like huge open shed with 2 black lights about half meter ling each and a small disco ball, that’s it. Meet this German guy there who works at a resort. It’s low season here, ghost town styles.

Now it’s Sunday morning and the cat and dog sleep outside my mosquito net in this tree fort and tbhe sky is a perfect shade of blue without a cloud in the sky. Funny how people say do like you a dog or cat person!? Ehhhh what about neither!? Dogs are good security and cats rodent control. Both overly dependent with very annoying qualities.

There is a dive resort here. Oh ya I am so in the bush that a gas station is a 1l water bottle bought from a family sho trades fuel off beaten path. The daughter freaked out saying white guy white guy in Swahili like she was on safari and inwas a lion and she had never seen one before. Sometimes kids touch your arm to see if white paint comes off and laugh that I need a funny Tilley like hat to avoid sun.

Back to resort, going to see what is up. Supposedly $400 to get PADI certified which is good price and way cheaper than Zanzibar.

Totally unrelated: fisherman caught a 3 meter shark off coast, first in long long time. So remote that gov does weapons testing about 50 miles away, know what a battle field sounds like. Finally outside Mwera, immigration caught a truck with 50 or so Somali refugees. The Pangani area has long been a hub for smuggling people and was an important slave route in previous times. They reckon the Somali were on a cargo ship and late at night it drops them in water near coast. Exciting!? 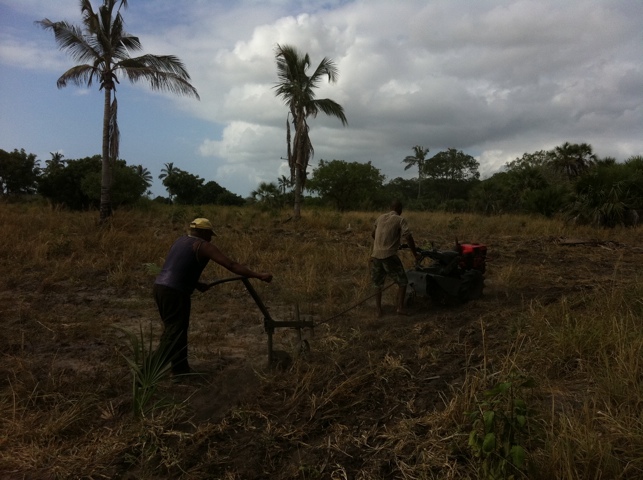 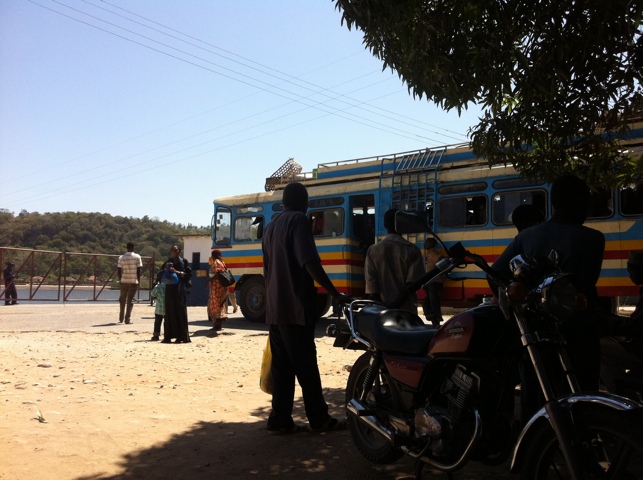