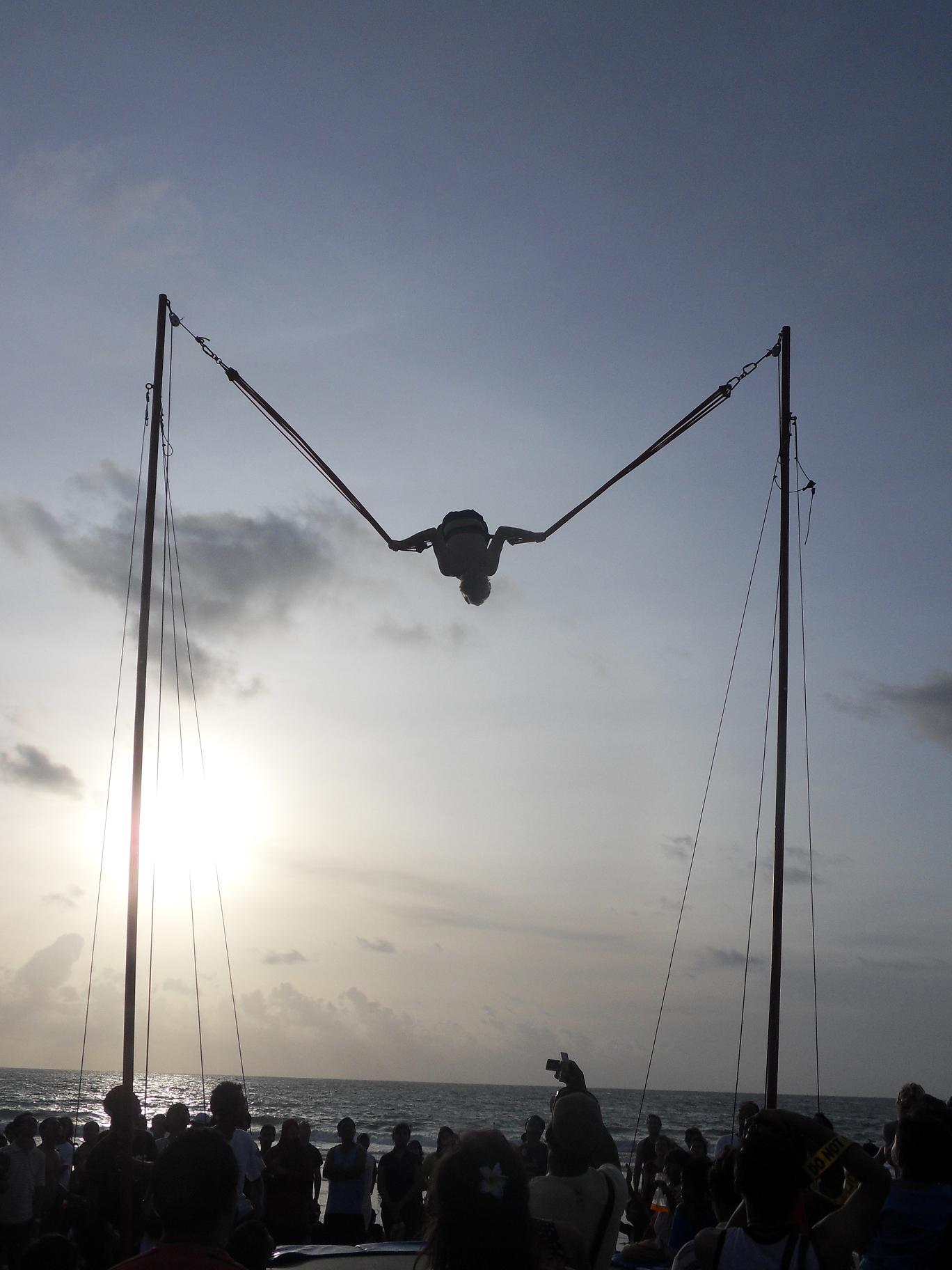 While in Bali there was this large ZTE party on Kuta beach. Having been in Kuta for a while at the time I was looking for one of those $0.50 lunches that the local guys eat. My Finnish friend and I had gotten into them heavy, I was spending almost nothing daily. By that I mean if I spent over $15 a day, including room, I woke shaking my head thinking I was a spend-thrift.

A random walk ended up in me doing the bungee trampoline. It’s a lot of fun you can do back flips, front flips, whatever you want and you go really, really high. Let me explain how it happened.

I went looking for that food but could find nothing. Suddenly I was at the main stage and they were auctioning off a new ZTE cell phone. For some reason I found myself lifting my hand to out bid these Chinese guys. Then they said X price which was like $60 was the max bid, ends auction immediately.

A few others started bidding and suddenly I started to feel like I might not win this auction for a phone I didn’t want or need. I told them max bid. I did all the paper work and came back without lunch but a new cell phone. My friends started laughing and one of the Balinese guys opened it up and said it’s not GSM, you can’t use it outside of Indo, fyi.

I went back and wanted a refund, no refund… Waited around for them to unlock it but they took forever. At first they said they can’t unlock it but later caved. After 2-3 hours they said I could wait 10 more minutes or get my money back. I took the money, obviously.

Everyone who bought a phone got a “free trampoline session”. While I was waiting, I used the trampoline. If you ever get the chance, I recommend it, feels like total freedom. Personal favorite is the running backflip. That said, for whatever reason it’s incredibly exhausting to get yourself to the top over and over again. One of my friends from the guest house took that photo.

P.S: Love how there is a dude filming with my camera but he hit “record” after I did right as I started so it was all lost. That said, he did film it like I was his kid at some little league championships, props to him.