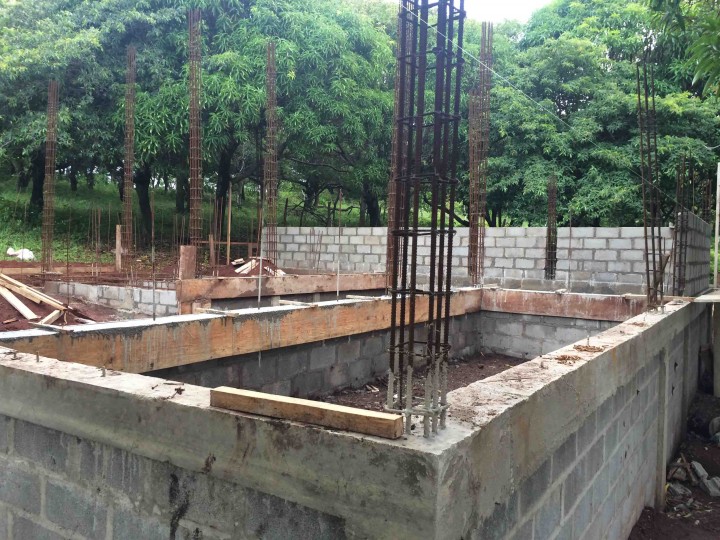 My usual blogging schedule has been interrupted by building in the Caribbean and making daily video blogs. That said, this is a creative outlet that has brought me much joy in the past and I’m sure much more in the future. If you’ve been following this blog for sometime you’ll know that in February I started building my first house on Little Corn Island off the Coast of Nicaragua and I’m proud to say it’s done being built.

I still need to finish painting, do some small tweaks and begin the big cleaning process of my yard though. It’s going to take a while but like the house, it too will be done. What I’m here to talk about is my second home which has been called Alta Vista because in Latin, it means “high view”. Alta Vista is the name of the neighbourhood I grew up in Ottawa, Ontario, Canada. I have nothing but fond memories from those days so I thought it was only appropriate to call my dream home by the same name.

The place started off rocky and I needed to switch contractors; that ended up being the best decision I’ve made in ages. This whole process has been incredibly humbling, frustrating, invigorating and ultimately satisfying. Building a home anywhere is a feat, doing it in a foreign country is another. Add in a language barrier which I’m proud to say I’ve overcome and doing so in a location with no motorized vehicles or real hardware stores is another story all together which I’ll go into more depth about later.

Alta Vista is situated on a half acre of land filled with mature mango trees and sea views from three directions. The plot has roughly 27 trees on it, most being mango. It’s also located more or less on top of the only hill on Little Corn Island. The island has a high point of roughly 33 meters above sea-level, I’m building at ~30+ meters. This makes getting supplies to my spot a nightmare after receiving them at the dock. Just getting materials to this island is one thing, getting them to my piece of land is another story all together but as I mentioned, for another day.

The reason I built on the small plot first was to get an idea about building. I’m also hooked on concrete structures and without a doubt it’s my favourite building material besides stone. I’d of loved a stone home but that’s just not happening around here. I mean anything is possible but quite unlikely to say the least. I have brought in a very talented builder from the capital who has worked on lots of large projects in the past. He has hired a second builder from the island who has done some great work before and the two gents assisting are also very interested in doing quality work; I couldn’t be happier.

That said, it’s not over until it’s over so I’ll stop talking about that now.

Back to why I built the first place. It’s rock solid but the level of craftsmanship is not to the same degree of what’s happening at Alta Vista. Had I never built it, I wouldn’t know the difference or the steps. When building a single story concrete block home on somewhat flat land, the foundation is important but it’s not the same game when you’re going two storeys and on a slope, yes? My pillars are made of an entire bundle of 1/2″ steel each and the columns are in the same league. The house is a four bedroom, four bathroom with two 23 x 8 foot patios overlooking the Caribbean and a spacious kitchen to prepare lots of lobster in.

It’s currently 5:08 and an in hour I’m off to Big Corn Island for another supply mission of sorts. I get odds and sods from that island as well as need to go there for other reasons. I’ve attached one image above but if you’re interested in seeing more, I suggest you tune into my Youtube channel which is growing and I’m doing daily vlogs there. This blog started as a daily blog, moving to the video medium to make a daily vlog has felt like a natural transition for me and frankly, not sure why I didn’t do it sooner?!

The photo attached is from yesterday and in less than a week I’m off to Managua and flying to England. From there I’m flying to Serbia a day later for roughly a week before heading to Scotland. After that I’m either coming back to continue building or doing another quick mission in Europe. I love Europe in the summer and in the future, hope to spend lots of my summers there. That said, this building is a one time thing and doing it right is my highest priority at the moment.

Speaking of doing it right, the team has been building a solid structure so I’m taking a risk and letting the build continue while I’m gone. This is a bit of a risk but a far greater risk is having my builder go back to the mainland. The ball is rolling right now and and I want it to finish at the bottom of the hill, if that makes sense to you?!

P.P.S: I’m in a dirt crisis right now, the front of the photo is the first floor balcony and it swallowed ~300 sacks of dirt like it was nothing. Luckily I have a big yard…