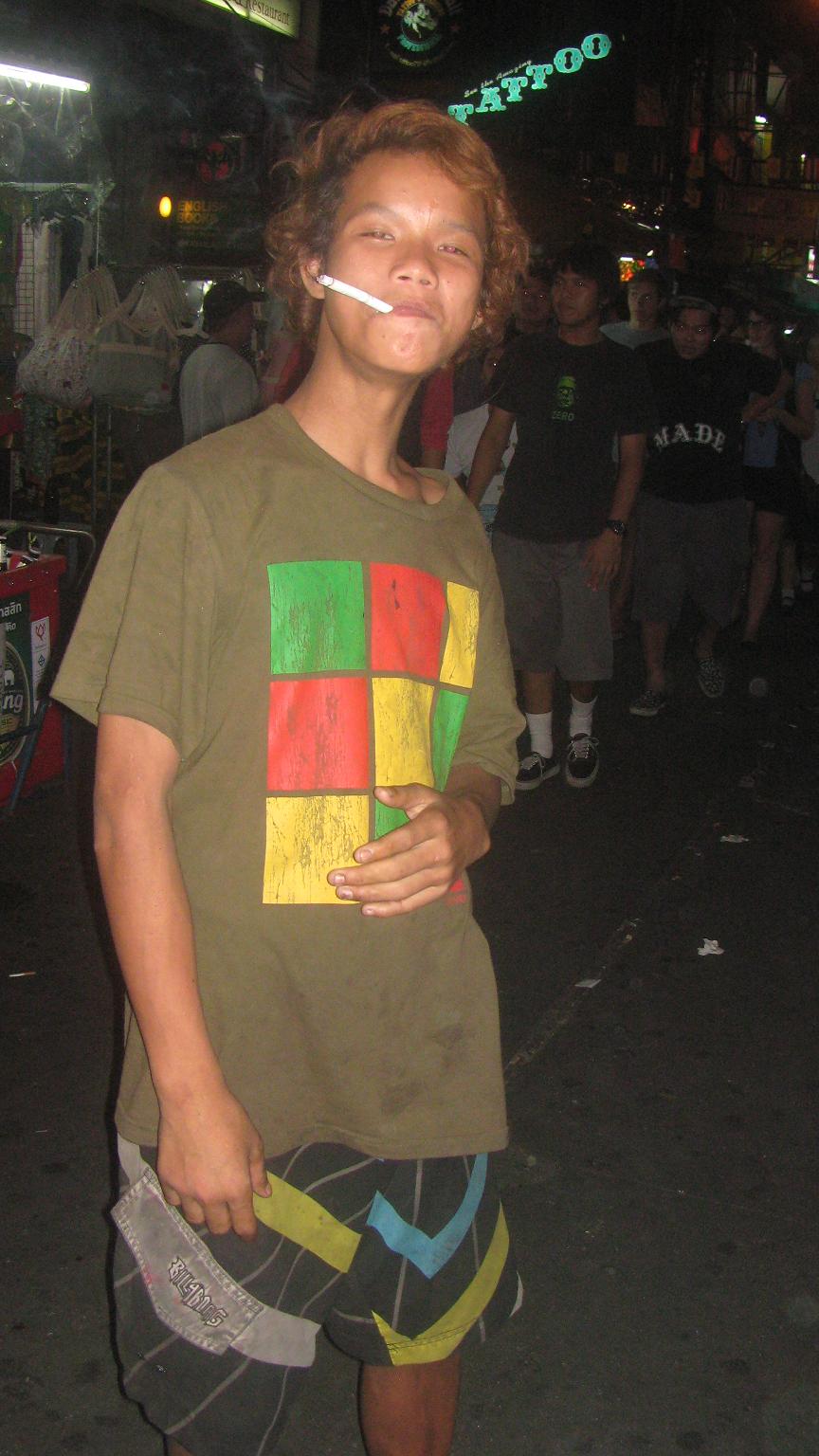 He is like a quasi busker who just dances randomly on the street wherever the the beats take his happy feet. He always has a little cup with him near where he is doing his art work. At times you’ll see him grooving by himself, with attractive women or even myself. He’s a fun guy.

Sometimes I think he has a house other times I think he sleeps near Khao San. Then again I have a place near Khao San most of the time and you see me out at all hours so I reckon the same for him. He’s a nice guy despite the fact we’ve never had a conversation, just laughs.