While  on the Buddhist island of Bali, Indonesia in December 2009, I was walking to a coffee shop to use the wifi. On the way I saw a whole street filled with floats and people playing music. I had no clue what it was. That is when I saw them loading bodies into one of the floats. Quickly realized it was a traditional Balinese cremation ceremony.

I am not sure what to call this thing… A mascot? A monster? A float? A creature? 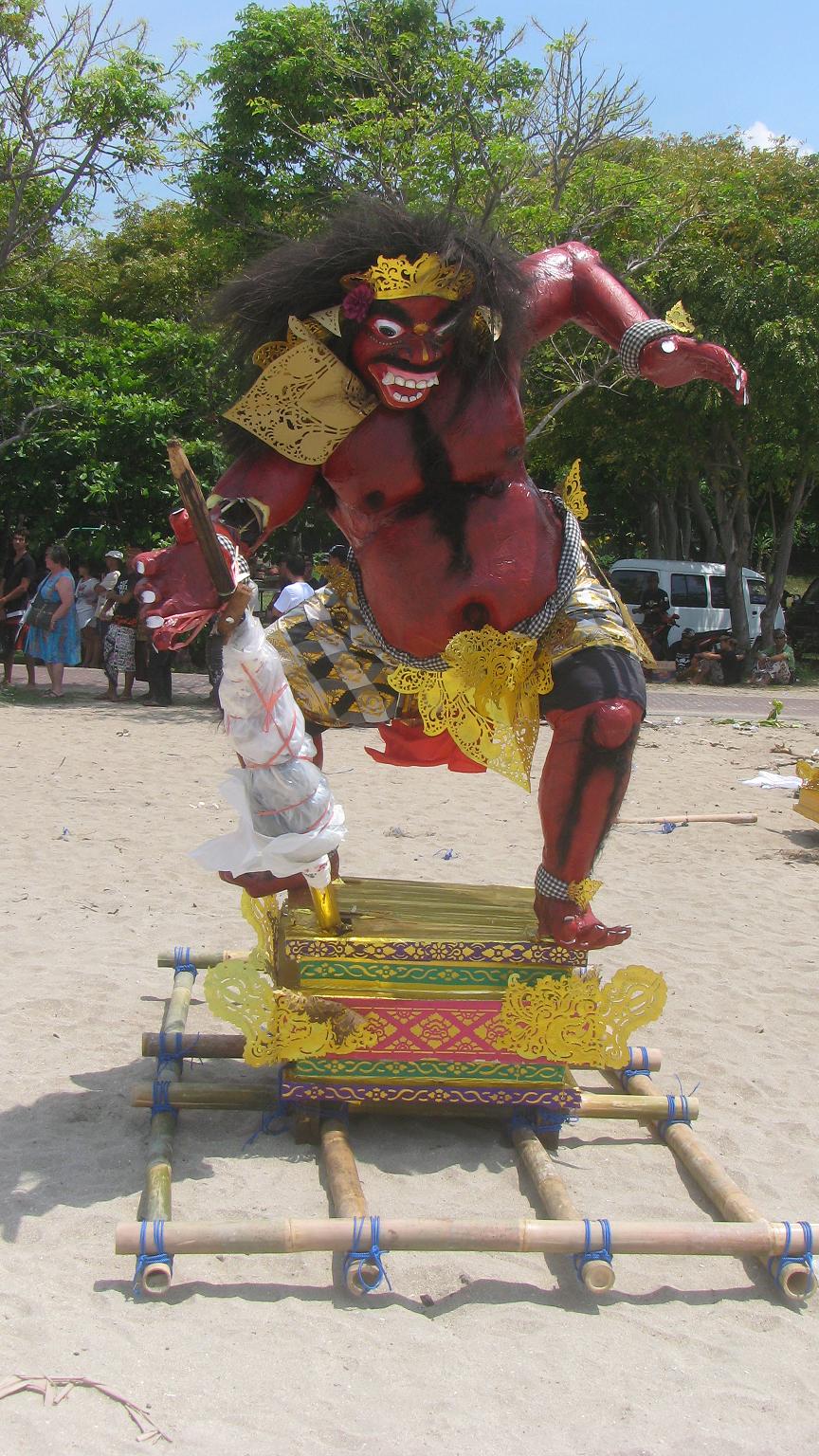 I had never seen a cremation ceremony before, let alone in Bali.I followed them and will one day make a post dedicated strictly to this ceremony. Once they got to the beach, they removed the bodies and did more rituals before burning them on the beach with blow torches. I know in some parts of the world they have cremation ovens. The Balinese went right to it with blow torches on the beach. I wasn’t the only one watching, it was a celebration of sorts.

Not sure where or what this monster above is used for but they had several of them so I included the photo. It looks very meticulously put together so I doubt they will burn it. That said, what do I know because I just stumbled upon this. This was my first time in Bali and first time watching a cremation.

It was a moving experience, a celebration of sorts with bands, people selling food. Sort of like a celebration of the lives lost. Perhaps it was because it was a mass ceremony. I am not sure but it is one of those events on the trip that stand out as particularly moving. It was nice to see people wearing white and somewhat celebrating a life well lived.

In other parts of the world, people wear black to mourn a death. This Balinese ceremony was more of a celebration of life. We all have to be disposed of somehow after we die. Being cremating on the beach in Bali beats being buried in a hole in my book.