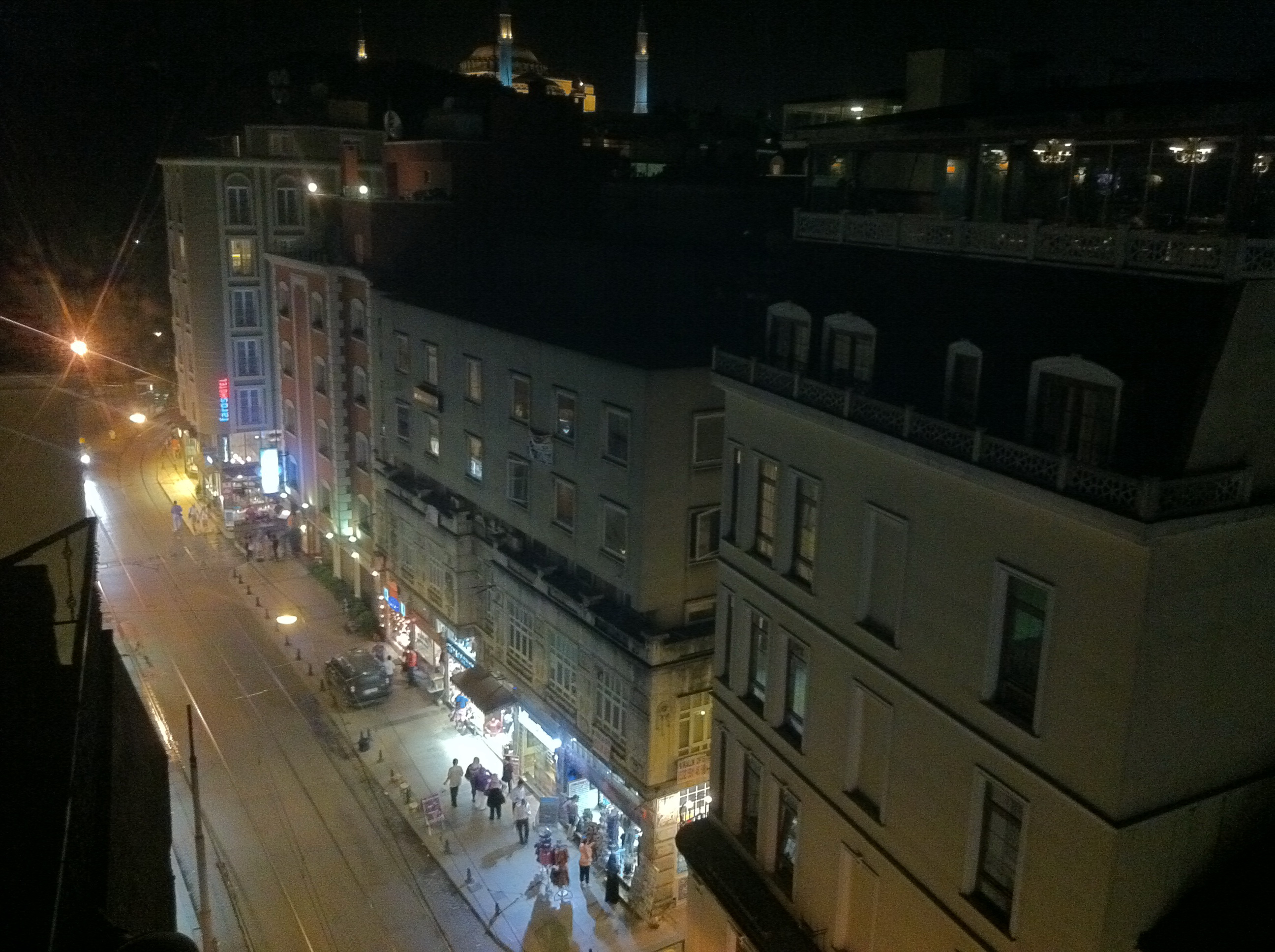 Sit here on that roof top patio in downtown Istanbul feeling an overwhelming sense of calm. A wave of calmness has taken over my nerves like a tsunami. My mind is clear and for the first time in ages, at peace with everything. Today was spent living Peter’s dream from Office Space, doing nothing…

For the first time in a long time, nothing of any merit was done and incredibly satisfied with what was done. There were no excursions, no missions, just loafing around on a roof top sofa letting the batteries recharge before most certainly running them into the ground, once more.

It’s now 10PM and left the rooftop for the first time today to look for bus information. Walked about 30 steps from the main entrance before realizing it was too large a task, rolled to the store for some juice. That is when I ran into a good friend of mine of which we’ll call “Timothy the Turk”.

Suffice to say, Timothy the Turk has had some rough times, bought him an orange juice and ran into another gent I know. We did what people in this part of the world do, hung out slowly sipping on beverages in the sizzling summer streets before tipping hats farewell.

Turns out Tim knew the info and the bus to Macedonia leaves daily at 5PM which is cool. What is not so cool is that it takes 18 hours and costs 55 euro. Long trips like such are regrettably “part of doing business”. Doing some quick math 55/18 is roughly 3 euro an hour, not a bad deal.

Back to lying on the couch that is slowly being integrated into my DNA via osmosis.

Will leave Istanbul tomorrow, or the day after.

P.S: When is the last time you took a day to do nothing? Recommended.