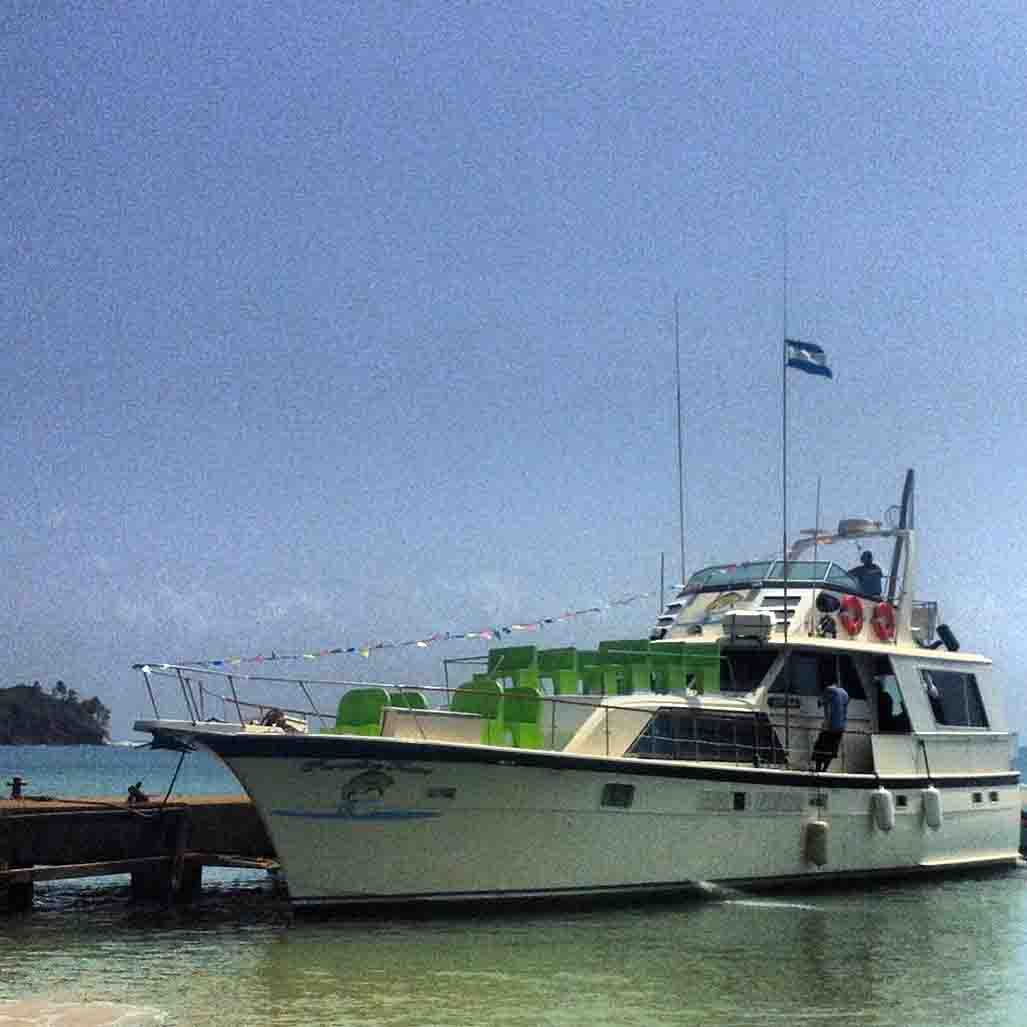 I’ve been doing nothing and living a ground hog day deloca of sorts sans Ricky Martin, thankfully. Today will always be remembered as the day the big one got away. I received my new setup, got it all good to go and brought an old rod to catch some snapper off the seawall, mistake. Little did I know that when I was about to call it a day a fish or unidentified sea object (USO) grabbed my line and it was lights, camera, action…

From a relative coma I sprang and as though in an outer body experience, I could see the scene of myself standing on the seawall with the posture of a president while “Biscuit”, open jawed looked astonished at the way the rod was aggressively bent. Seriously, it’s moments like this that fishermen live for. I began reeling it in and realized it was big, bigger than anything I’ve ever felt.

I played it cool pulling up and reeling down and was making progress from the murky water. Then it just decided to run and as quick as I had it hooked, it was gone again along with the hook, line and sinker… That’s how it goes I guess and the ones that got away are usually bigger than the ones you catch and so the story goes. It’s easy to forget you’re in the sea when you catch a few small fish and then, suddenly BOOM.

I have little to say which is why there isn’t much blogging and that’s because I’m doing very little. There is also something about sleepy islands that make you inherently carefree. I’d call it lazy but that would be a lie, lazy people are plagued with regret and wishing they’d of started a minute, day or week ago. This is just a feeling of being really relaxed about anything but here and now.

If you ask people around here how they’re doing, lots will at times reply “right here”. It’s as though you’re looking at it and could even be a question mark at the end as though, what else would I be doing? It’s also one of those weird things in your mind where when you feel particularly ambitious, you realize you’re already where you want to be but enough of that.

That said, the island is pretty busy these days and thrilled to be on it.

In closing, the photo above is of the new ferry service here in the Corn Islands. If you’re not down for the panga aka open air skiff aka joy ride from Big Corn to Little Corn Island, you can take this boat. It’s considerably larger, more comfortable and hey, it has a roof so that’s a bonus, yes? Oh yeah, this boat will also be doing daily treks to Bluefields and a few other coastal regions. Also, the pangas will still run but this will be an alternative for those so inclined and I have no clue what the schedule will be like.